Is Bandai Going to be Making More Star Wars Ships?

I love building the Bandai Star Wars kits, but they haven’t released any new ships in a while. I’m just wondering if we’ll ever get a Razorcrest, or a TIE Bomber, or an Imperial Shuttle or any of the other ships in the Star Wars universe.

Anyone know what’s up?

As of September there has been no news of upcoming Star Wars kits. Right now they seem to be on a Pokemon spree.

Edit changed Guido to Greedo…lol am rusty on my SW apparently.

With the current in-house troubles at Disney & Lucas film looking to reinvigorate the Star Wars brand after the debacle of the sequel films coupled with the fact that most popular subjects have been covered, I’d say, probably not at this time

the consensus of opinion is that bandai will not be continuing with star wars as sales from the last three new films, have not been as great as they had expected, particularly the last film.

there is hope they they might pop out some from the older films like the tie bomber or lambada class shuttle but these ideas are more likely the wishful thinking of all those people who enjoy their star wars range, including myself.

if it is the end of the road then it is sad but we have had the best run of star wars kits ever so i won’t complain to much.

Are they going OOP or something?
I’ve not been able to get a single kit from their line so far.

Yes, the last three films just like the recent Star Trek series and films simply have not been performing as well as the original films and series have done.

However, I wish they would finish up some of the missing vehicles that featured in those early adventures, especially iconic ones like the Lambda shuttle.

I may end up being happy I at least got the B-, X-, and Y-wings, PG Falcon, a TIE, and Vader’s TIE. Should start looking at finding a star destroyer before they start vanishing.

They were never officially available in Europe due to revell having the rights here with their more toy like kits. However revell are now selling several bandai kits under licence in Europe. I just picked up a couple of b-wings recently for under £40 each. They also sell the x wing, at at, at st, slave one, snow speeder, tie fighter, pg Falcon, and the little Death Star and Star destroyer set.

Are Revell reboxing them, or just acting as the distributor?

They are the original Bandai boxing’s with a small revell sticker on the side. 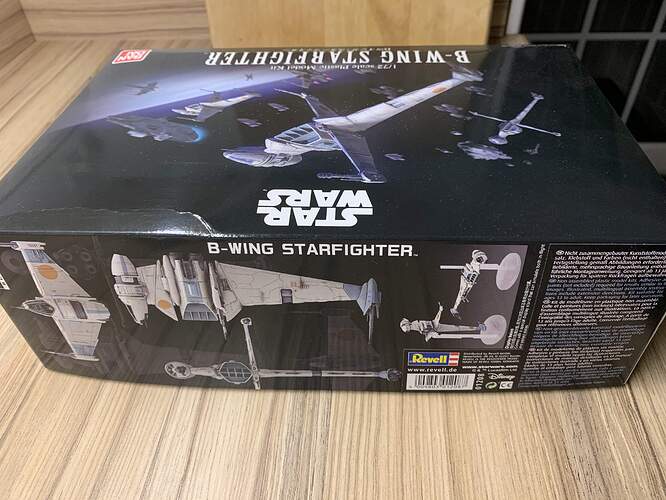 And now I’ve opened the box again I really, really want to build it! 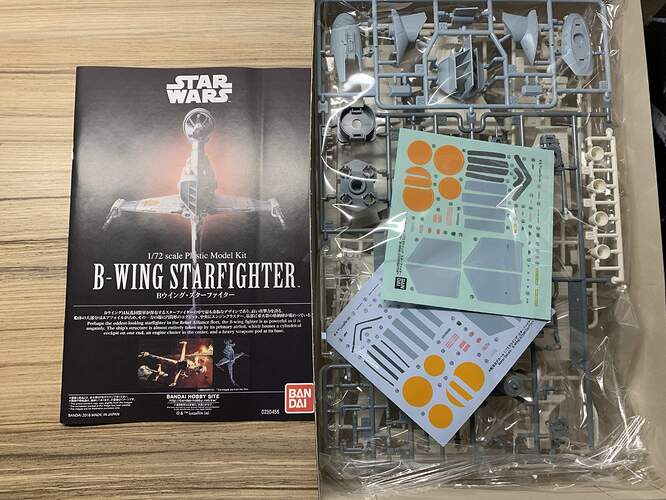 Thanks, will have to do a bit of shopping around I think.
Wouldn’t mind getting that B-Wing!

There is a limited edition B-wing with alternate markings and a light kit for the engines.

My Father’s Day present this year. 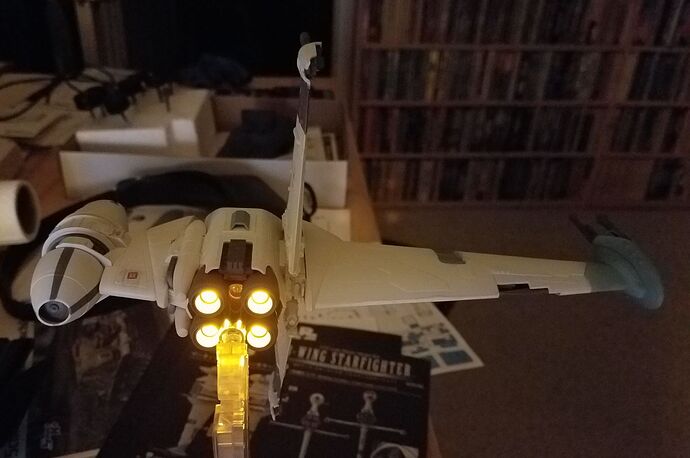 Nice, wasn’t that a one time only option for a model show? There were positive noises about a tie bomber for a while but that might just be wishful thinking. As for future releases, with the Mandalorian the speeder bike/biker scout kit could be rereleased pretty easily with a different colour bike and an easy extra spruce for the child…

But why oh why no non mechanised 1/48th x-wing, and no 1/48th y-wing, a-wing and b-wing. There is my unfulfilled plastic Christmas wish!

It was an Expo special believe, but I got mine at a HobbyTown USA.