This may well seem a bone question to a seasoned helicopter modeller, but I am keen to add to my depictions of 1:35 armour - which I normally model - and therefore pondered the question. If it is possilbe then any advice would be welcome; I would be looking to portray something from say, USAREUR in the 70s which I think were operated back then.

I agree with Gino.

Damn; that’s a shame. I note that the 1:32 kit is pretty rare. Mind you, I don’t mind mixing scales if there’s no other option ie 1:32 with 1:35 - but I appreciate doing anything with the Revell later version would be a lot of work and quite possibly beyond my skill-set!

Looks like my 1:35 helicopter element of my USAREUR collection my have to be limited to the ICM 1:35 Cobra once it comes out.

Thanks for the responses.

Not sure how much you want to spend. The cost seems kinda reasonable to me. It is out, I would recommend the Special Hobby’s boxing if your ok with resin bits etc.

Well, thanks for that; I was unaware of the Revell kit in its Jet Ranger guise.

I don’t think the ICM Cobra has hit UK just yet, though more than happy to be proved wrong.

They have made it across the pond.

Roger that - I’ll keep an eye out.

The easiest way would be to combine the two kits using the engine cowl/sail and rotor from the ICM/Revell kit and adding them to an Academy/MRC OH-58D fuselage to get a well detailed OH-58A.

The problem with the Revell/MRC bash is the Revell is 1/32, MRC is 1/35th. Neither has the correct 58A/C rotor blades. The Revell kit has the square tips. The OH-58A had a tapered “tip cap”. The OH-58A/C/D tail boom is a couple of inches longer than the Bell 206, to clear the tip cap that was added to the 206 blades.

You would also have to scratch the tail rotor drive shaft, or if it’s a post 1980 bird, a tail rotor cover, but exposed TR gear box.

Thanks - I’ll probably pass on this as a conversion project. I’ve still to cut my teeth on any helicopter model so will hold off on anything like this I think. I’ll probably start with the venerable Revell Bell H-13H (possibly to convert to a British Sioux depending on the complexity required) but God knows when.

I suppose if I were demented enough to try to build a 1/35 OH-58A, I would backdate the MRC OH-58D kit. I actually helped MRC with that kit, as well as their ill-fated CH-47. The parts count killed the CH-47

I would backdate the MRC OH-58D kit.

That is basically what I was referring to. Taking most of the Academy 1/35 OH-58D and adding the sail/engine cover and two-blade rotor system from the Revell kit, and reworking the tailboom/rear gearbox. The scales are close enough to make them work and the Revell kit parts are a good base to modify into what you need.

Here are both to compare. 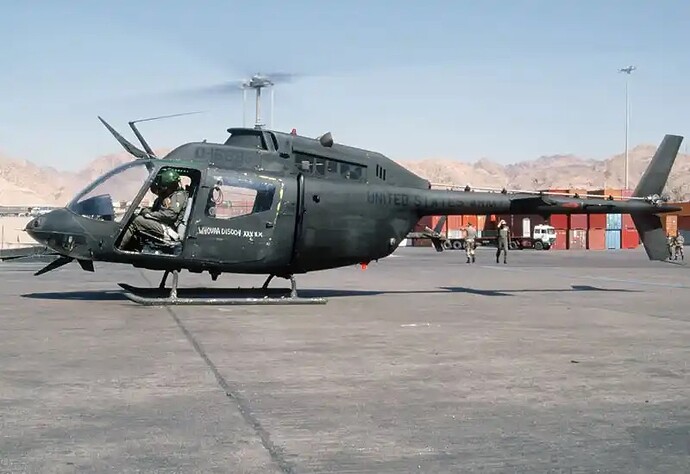 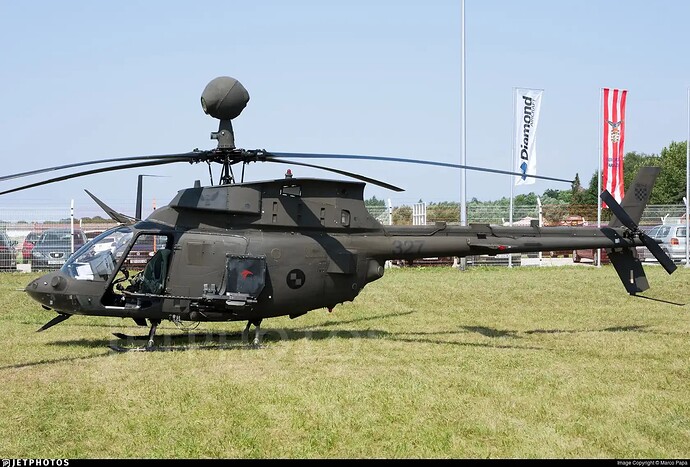 Here they are kludged together to show what would need to be changed/added. 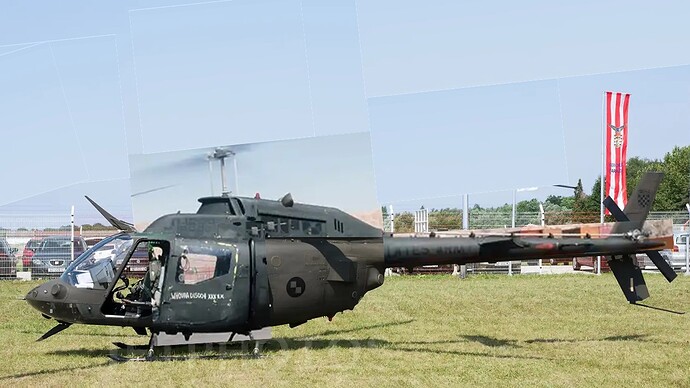 It’s been upgraded to an OH-58C “RG”. The RG is for Round Glass. Look at the engine cowl and instrument panel. It’s also interesting in that it’s the No. 10 production bird or the initial batch of 10 airframes that were shipped to Rucker and flown by the Test Board.

Early on they decided that the “FG”, Flat Glass birds were a mistake and stopped that part of the upgrade. This has caused a significant amount of controversy in that a lot of people think the RG birds were “retrofitted” to that configuration from the FG configuration. Even the Army pilots that flew the OH-58C’s into the 2000"s have that misconception.

The 58D KW fly’s like it’s sliding on glass.

Simply lifted off the net as an example of the A/C airframe, not meant to show either one in particular.

I’m actually thinking of doing a later OH-58C w/exhaust diffusers. Something like this maybe. 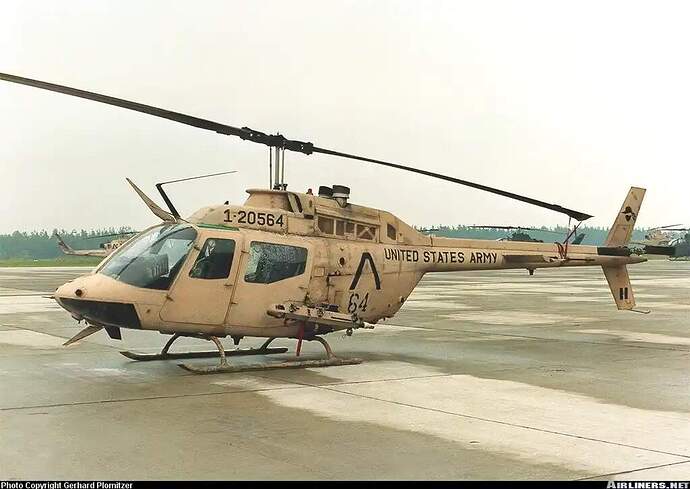 The “S” denotes the Stinger upgrade. In the operational models they cut the FM Homing antennas in half. In that shot it looks like they were removed all together, not unheard of…

Some of the OH-58CS birds flew with the older curved stacks.

rotor dims are the same as I indicated above.

I’ve got some shots of the OH-58CS prototype that has a drone kill credited to it. Took the shot in Oct '86 when I was on one of my trips back to “Mother Rucker” to regain currency when I was in the Reserves.

Thanks. I will most likely do it w/out the Stinger mount. Something like this…eventually… 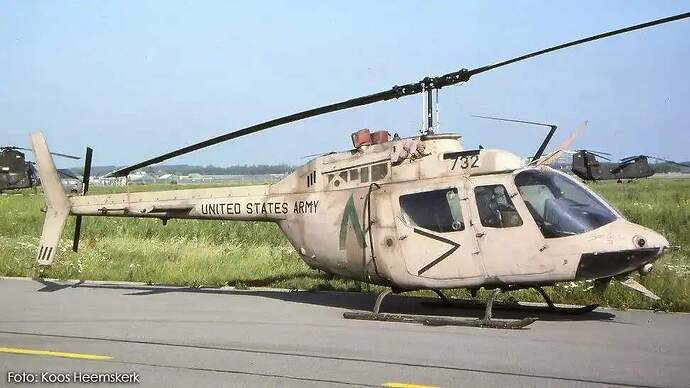 That would be a good one. Beat up, rode hard out away wet…

The black bar over the TN is a bit interesting…

If you do it without the stinger mount, remember to cut the FM Homing antennas in half. Or remove them all together.

In 32 years of flying I only had two occasions to use the Homing capability of the birds I was flying. Both times when I was flying Dustoff.