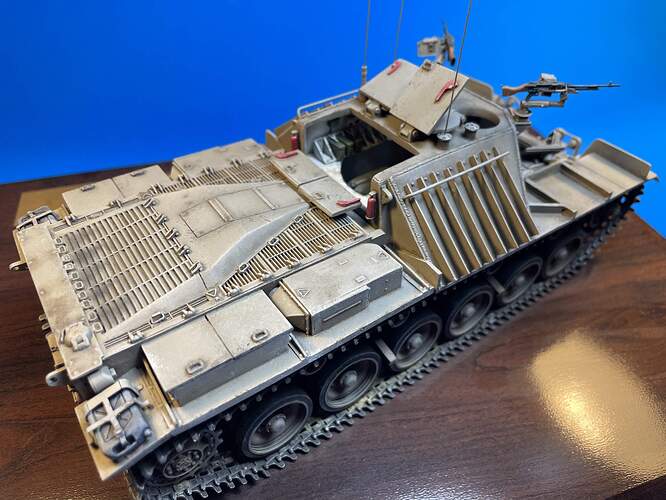 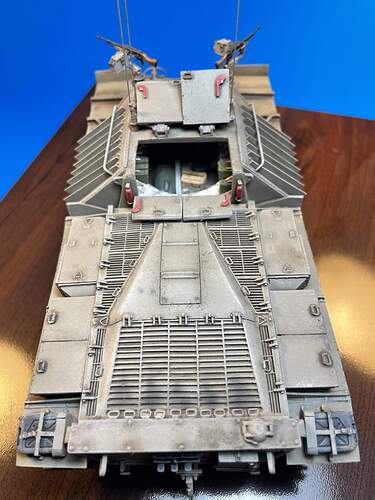 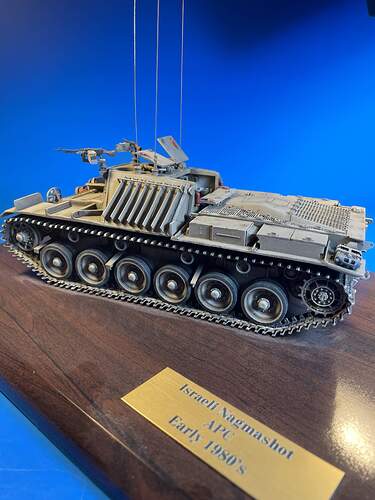 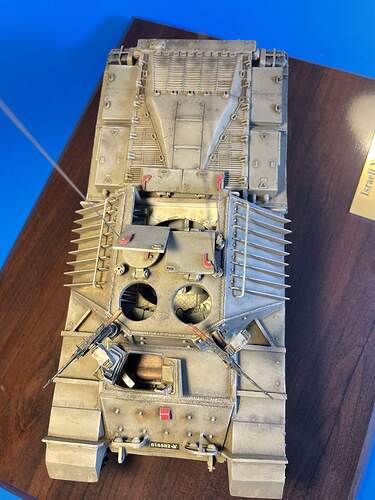 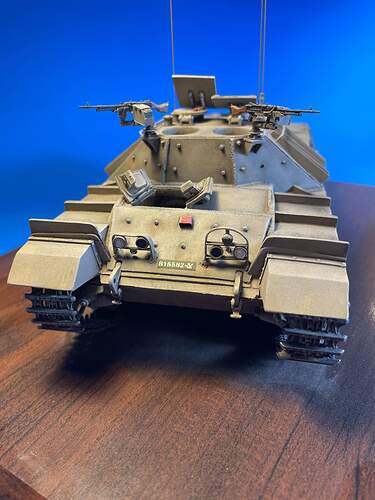 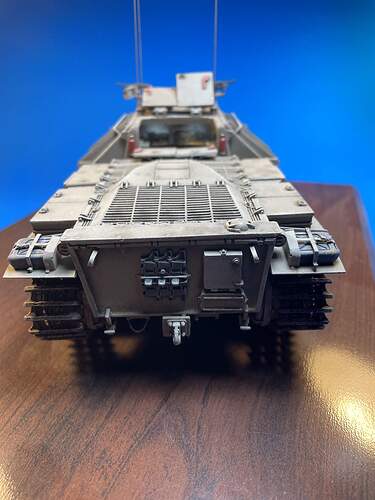 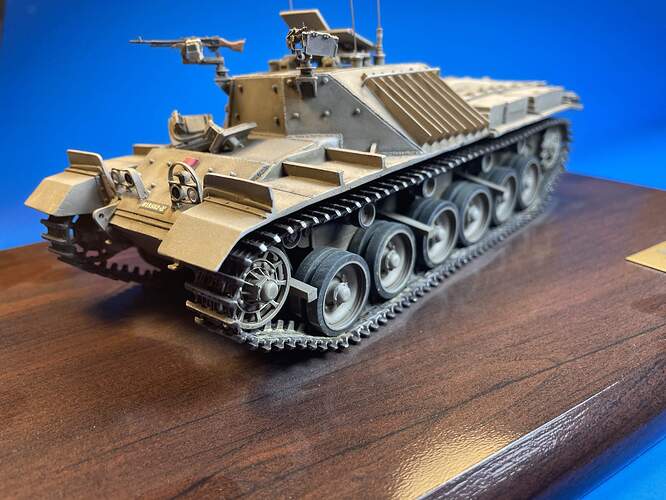 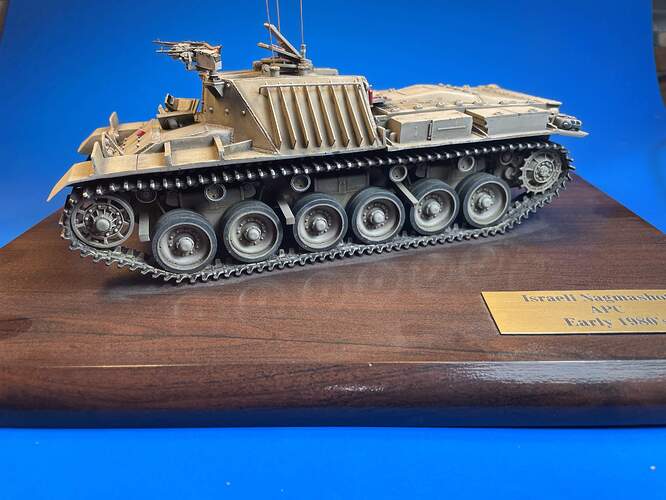 Here are some pics of my Israeli Nagmashot that I did several years ago before there were kits out of the vehicle. I used the old Kirin conversion set with the Tamiya Centurion hull, AFV Club running gear and track set. I also used the Accurate Armor driver’s compartment. The final drives were scratch built because there weren’t any in the Tamiya kit due to it being motorized. The water cans and holders were from elephant models, the radios inside came with the kit. I wired them up (I know the interior is impossible to see) and added some 7.62mm ammo cans and personal gear. I think my nephew ripped off one of the antennas lol. Not sure if there should even be 4 antennas lol! Comments welcome.

Splendid representation IDF’s first HAPC based on the Sho’t. One can seldom see this variant. Well done!

Thanks very much ! I will post some of the in progress photos soon 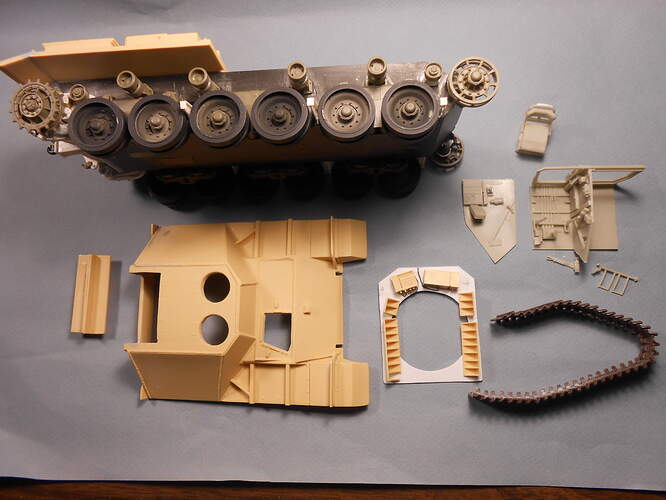 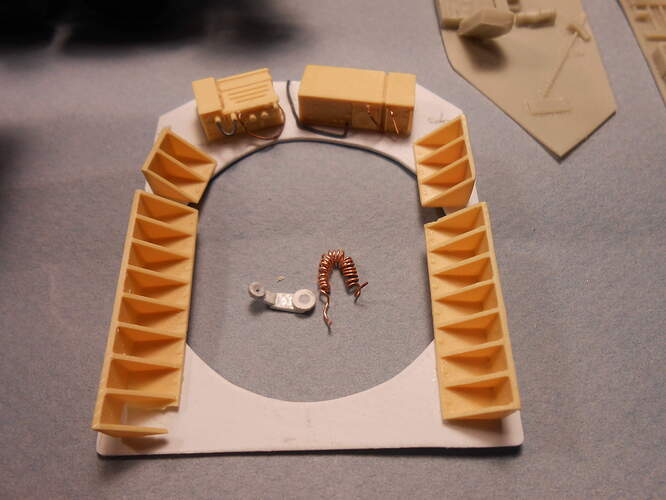 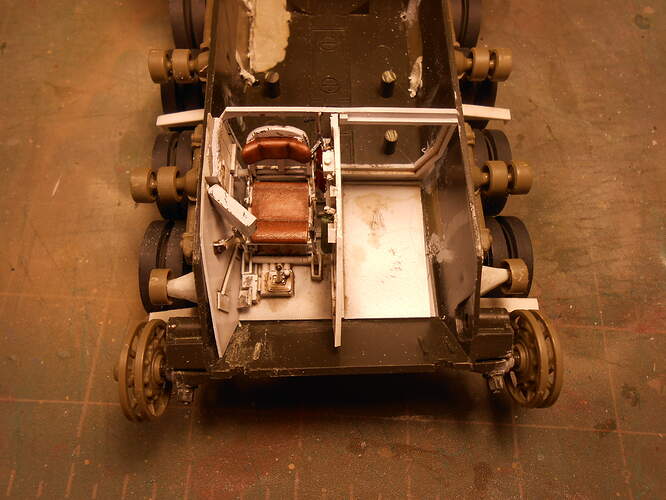 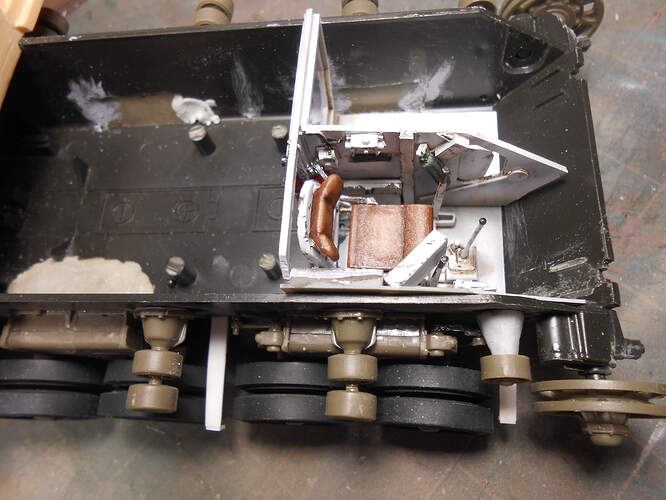 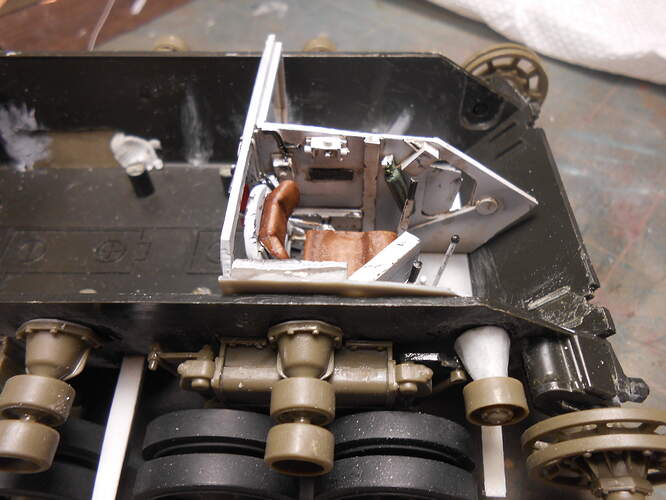 I had a few problems here and there during assembly of this kit. The old Tamiya lower hull sides are at a different angle as compared to the new AFV cub kit. I used that kit as a reference when aligning the suspension bogies. I had to used putty to bring them out more. You really can’t tell from the finished model. I couldn’t get the two upper hull pieces to align exactly either. I had to make a new piece to support the radios and ammo boxes on the interior, couldn’t get the original to fit plus it was cracked. The AFV club individual track links are nicely detailed- but I don’t recommend them. There are 4 ejector pin marks on each link, 2 on either side of the guide horn which need to be filled. Extremely tedious and time consuming and in a few photos you can see where I missed a few. I had a set of Legends tracks in resin but my set was unusable because they were poorly cast. Clean up would have been impossible. The AFV Club running gear set is beautiful and went together easy. The accurate armor drivers set is nice and I had no problems with it just had to do some sanding to fit it in the hull. I painted it with one of the colors from the Mig set for Israeli armor. First time I had ever used to them and I liked them. I still use Tamiya but have a few Mig sets around. I didn’t want to try to mix my own color so I used the Mig set. I used oils for the wash and dry brushed with oils. I finished up with some pigments…hope you like, any comments welcome.

Thanks !
I had alot of fun on the project. I still like using these old kits and conversion sets. Also helps to clean out the stash lol

This was based on the old Tamiya Centurion kit btw

Are you planning on adding the mg mounts on the rear side of the superstructure and the sideskirts?

I forgot to mention some of the scratch built items. The return roller mounts furthest at the front where made from putty, as where the final drives with some bolts added, the side skirt supports were made from styrene, the cable foot holds at the rear, also. I think some may have fallen off from handling the model. The tow pintal mount was also made from scratch. The grab handles on either side of the upper super structure along with the long slat pieces that are supposed to contain the era bricks. The machine gun cradles were photo etch and the machine guns were gray styrene. I threw in a rations box as well as some ammo boxes from the spares box and also a duffel bag from verlinden.

I thought about it but didn’t. It only came with two mounts and I didn’t have any spares and didn’t want to scratch build them , though I probably could have they’re not that complex. I left off the side skirts to show off the running gear. I also started a figure but gave up. I may add one at some point. 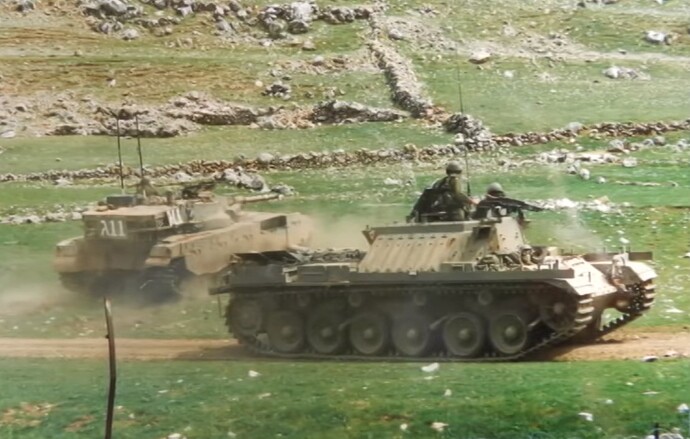 Wow cool pic! Yeah it’s pretty close to mine. I saw those long pieces along the top of the fenders but didn’t know what they were.

Yeah I always wondered what those were