Anyone ever do a comparison build between the Tamiya and Dragon M51s? Just curious…
Thanks in advance

What, you don’t want to throw the Academy kit into the mix for good measure?

These are just the current batch of M50’s and M51’s I’ve got on my plate and could locate in the three minutes since I read your post. Somewhere in another box must be a missing Dragon M51 upper hull.

I’m sure such a review has been done including all three (or four if you include MP Models version - wait - do I see their engine deck there?) but I haven’t seen it. I can tell you that the Tamiya version not surprisingly falls together out of the box. MO. The Legend stowage that I suggested to Mr. Lee looks very nice on all of them.
As for accuracy, regardless of which batch you’re talking about (primarily engine deck) the Tamiya kit still wins. 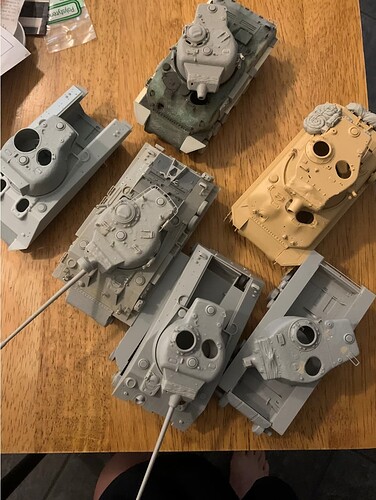 Lol I always forget about academy and I should not. They have some good kits ( I heard great things about their M1A1 tusk and went and got it). I have both the Dragon 3529 , their initial release and the Tamiya kit. Guess I’m giving the Dragon kit to a friend. Which Ldgends set is it you’re talking about Robert? Thanks for the info

There were several issues with the Academy kit, but it’s ultimately buildable, especially if you don’t mind reshaping the front hull with a Dremel. A few niggles with the stowage if I recall. The real culprit is the muzzle brake.
Here’s the Legend set: 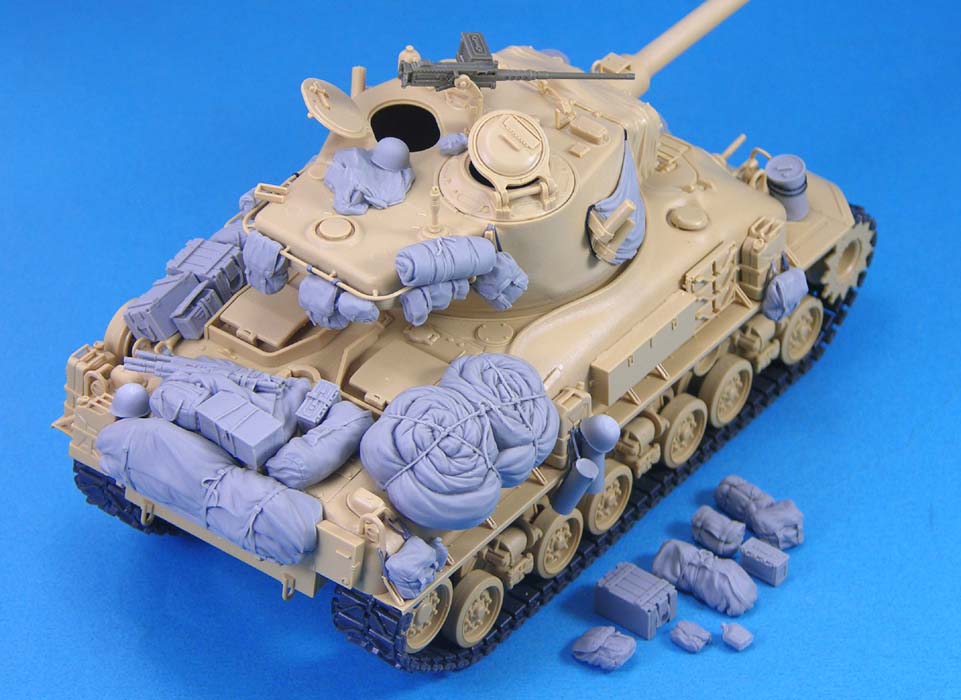 My last remaining Academy M51 undergoing “rehab.” I have no idea what I scraped off between the hatches, but I must have found it offensvie. 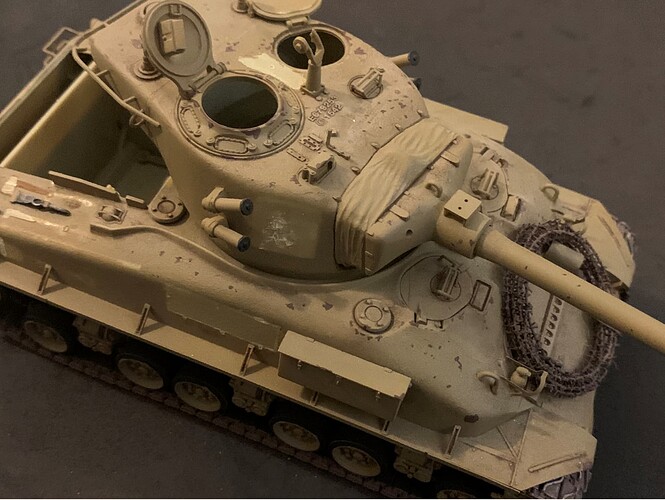 The MP Models version can still be found. I didn’t care for some of the softer details like the bolts on the wheels, and the fuel can brackets were not well done. But accuracy wise it may rank among the best. If I recall the Dragon kits, M50 or M51, or possibly both, got the counterweight welds wrong. MP Models got them right. Perhaps that kit with the AFV Club HVSS suspension might be the way to go. Or just get the Tamiya kit.

Looks like you did a good job on that one.
The Legend set looks great, may have to get it. I believe the initial Dragon issue had a problem with the muzzle brake and gun being too short, or was it the second release that had the barrel problem? Can’t remember. Supposedly the tracks on the later issue were much nicer as well.

Actually the newer Dragon kit had a barrel that was too short but an improvement in lower hull detail and single piece tracks that have you attaching the separate guide horns but supposedly look excellent.

Those Dragon tracks work fine, only issue I’ve hears is that the raised “chevron” is too shallow, but Tamiya got hat part too high in their M51 kits, ironically fixed in the M4A3E8 “Korean War” kit. But still, the Tamiya M51 is visibly better than any of the Dragon offerings. Yes, Dragon and Academy missed on the turret counterweight weld, Tamiya got it right. Along with the issues with the Academy kit Robert mentioned, it also suffers from atrociously poor fit at the turret/mantlet dust cover unions, lots of work needed there to fix that. All that being said, the Dragon and Academy kits do have lots of parts usable to undate or backdate the Tamiya kit.
And then the MP M50: yup, it’s got some tooling issues, but the kit itself is amazingly accurate. I’m trying to man up to use Tamiya HVSS suspension on it and build what’s on the boxtop since the MP running gear is kind of rough. Call it a “bucket list” project.

The older Dragon kit has two turret types I think, one with a narrower rear.

Something I just noticed on the Tamiya kit, and it is true on the Dragon and Academy kits as well:

There are no cutouts on the hull behind the inner road wheels. Tanks that were built with the HVSS had them already. Tanks that were retrofitted had them cut out. Just another little detail that needs to be added for 100% accuracy.

The older Dragon M51 kit also has a complete M50 turret, as stated above. And, yes, the hulls retrofitted with HVSS had clearance cuts for the wider bogie wheels.

But does any kit actually portray this? Whether with original HVSS or retrofitted? Not that it matters - I love any excuse to cut away at stuff.