Well, it’s that time of year again. Yup, time for the So. Cal. AMPS 12 Hour Online Build challenge. Build a model from start to finish during three four hour online Zoom sessions. This year has a bit of twist, the builder selects three options from their stash, and the rest of the participants vote as to which one of the three you get to build. Choose your three build candidates carefully.
This year I put up the Tamiya 1/35 Gama Goat, the Monogram 1/32 Panzer IV, and what won the vote, Italeri’s 1/35 Crusader III AA Mk.IIII. so yesterday we built for four hours, and in that time I was able to complete steps 1 thru 7, which is pretty much the hull & suspension, and get partway thru Step 8, starting on the 20mm Oerlikon guns 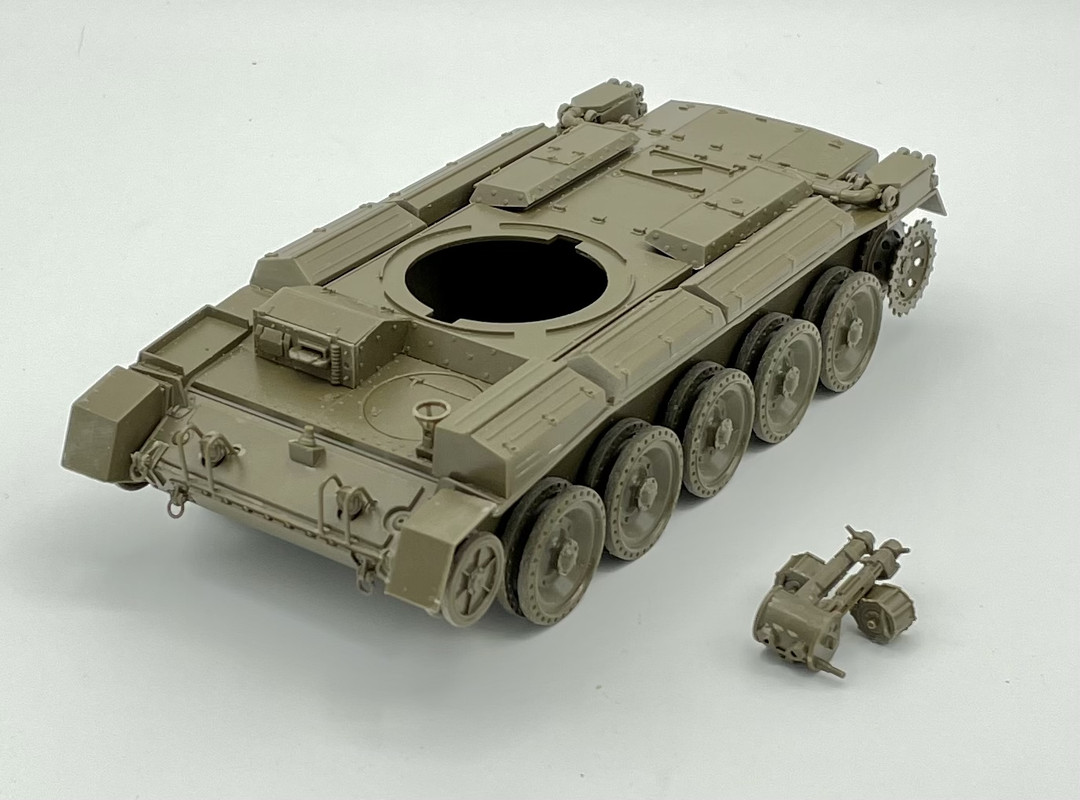 next session in later April, I plan to get the build completed, and hopefully the primer coat on.

The members of IPMS Santa Rosa used to hold a model contest each year. The event included a one hour build challenge. One of the members would purchase 10 or 12 cheap models using club funds. Then, during the event, 10 or 12 volunteer contestants would sit together at a big table and build the models, each using a provided set of tools and paints. At the end of the hour, all entries were judged and the top entry received a small trophy. It was kinda crazy and fun to see what people could do in an hour.

Good luck with your Crusader!

That’s the rest of the year…

@Damraska, Doug, that one hour challenge sounds like insane fun. Some good madness.

Nice !
Don’t forget the guns are not aligned : one is always in recess from the other.

Thanks for that tip Eric. Hopefully the kit is engineered in such a manner. Due to the time limits of the build challenge, I don’t really have any minutes to spare to adjust the fit, and zero reference to check….

A 12 hour build, I take it you are doing it OOB and not bothering with correcting the flaws then…

Hope you enjoy the challenge. Have fun.

A 12 hour build, I take it you are doing it OOB and not bothering with correcting the flaws then…

Yes sir. No time for doing corrections. Just three four hour sessions to get everything done. Aside from drilling out the gun barrels, adding some wire antennas and perhaps a resin stowage item or two, this is very basic building.
The good part is that it forces me to finish something in a timely manner.

Todays build session was cut to three hours, with the caveat to use the cut hour on your own (honor system) or add it to the next session. I’m gonna do the hour on my own separate from next session. Anyways today I completed all of the assembly, which was basic lyn the turret, the tracks, and all sorts of fussy little bits on the hull… Basic construction completed in seven hours! 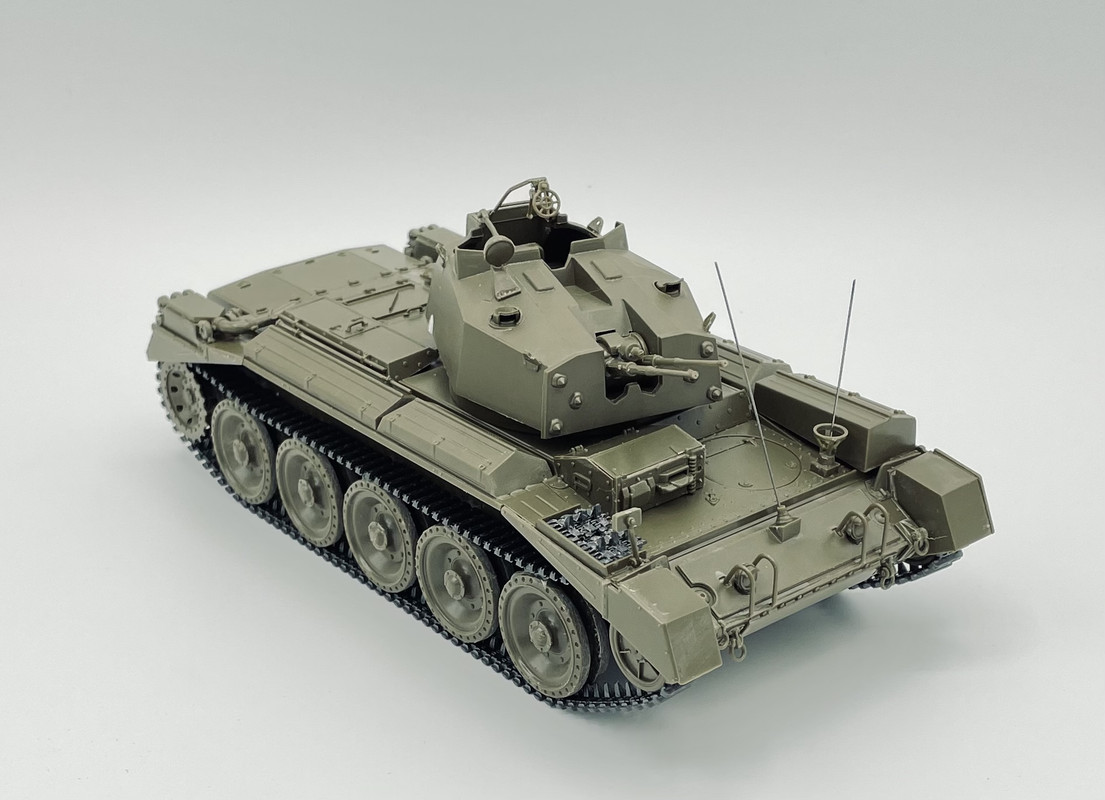 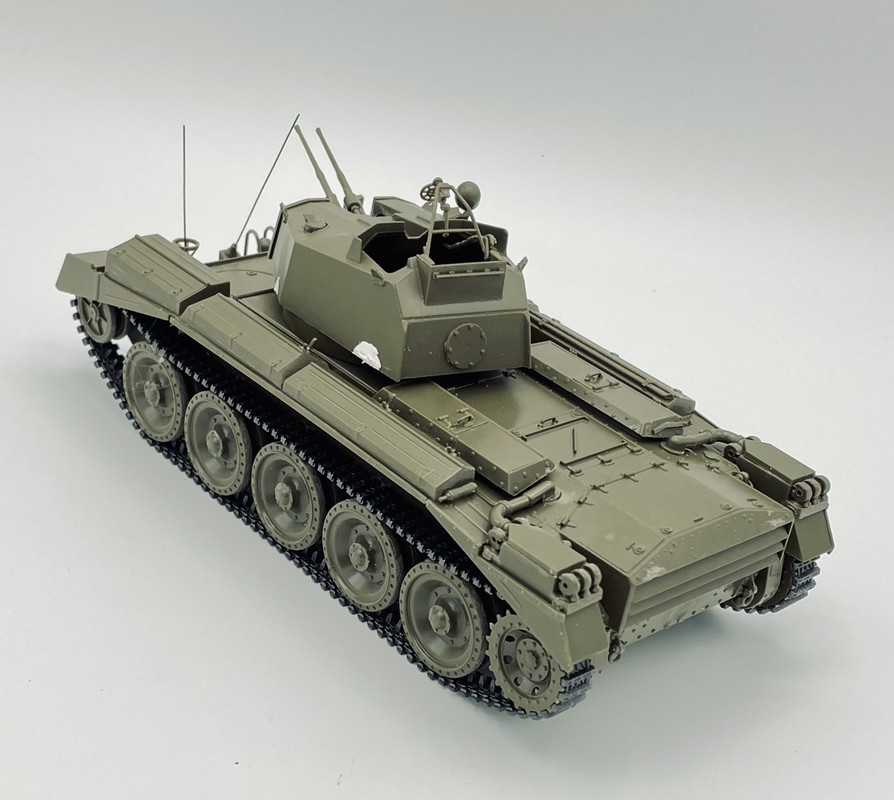 so for my free floating hour I’ll sand those putty spots on the turret, and get the whole thing coated with some Ammo One Shot primer. That will leave my next four hour session free to do regular painting and markings.

Since our second 4 hour build session was cut off an hour early, we had a “floater” 1 hour session to take at our own choice. I did mine today, adding some stowage items, then airbrushing on a coat of Mig One Shot Black Primer over everything 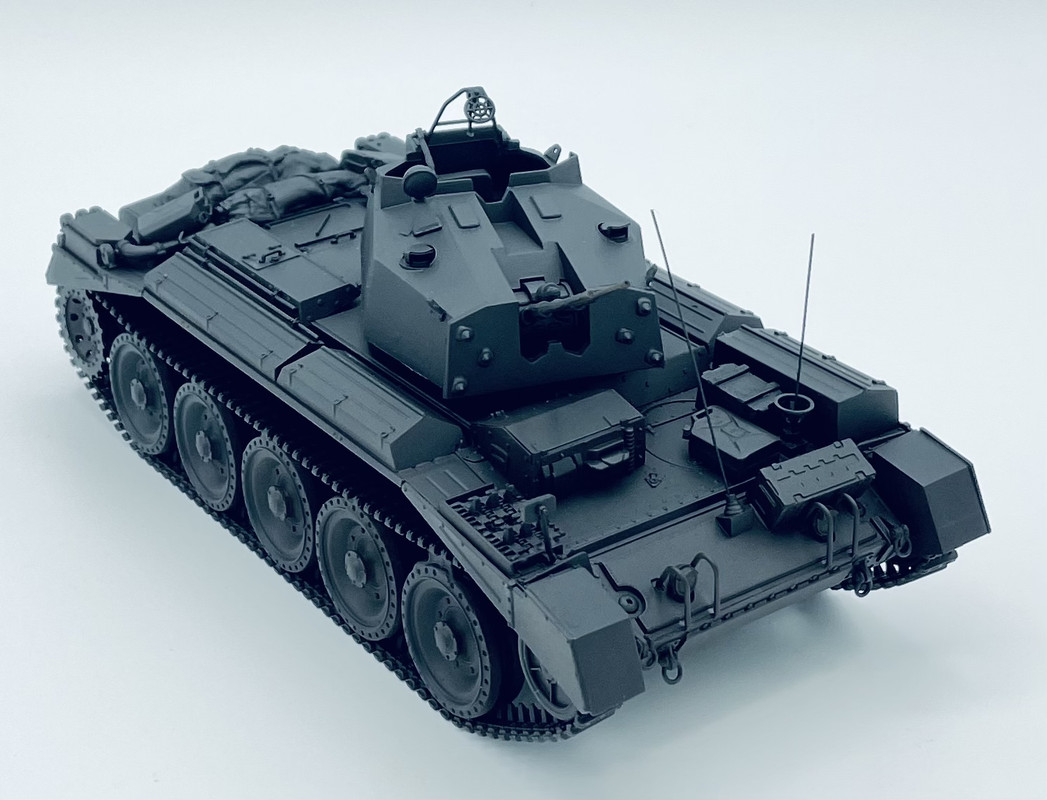 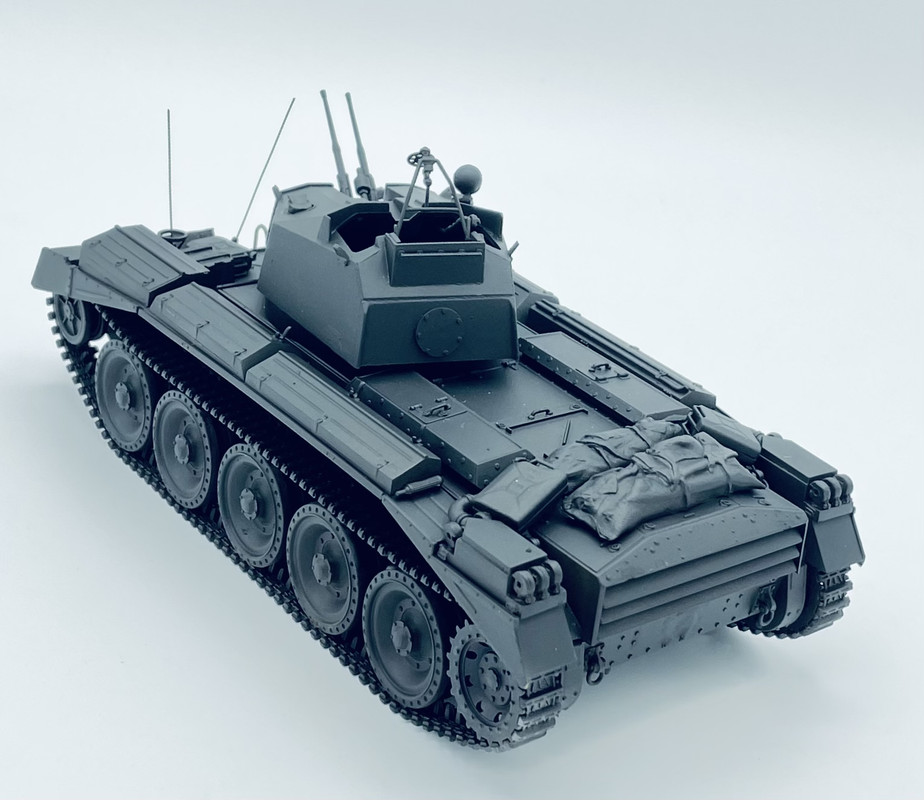 So here it is, completed at roughly the 11 hours, 45 minutes point, my entry into the So Cal AMPS 12 hours build challenge. Many entered, only a few crossed the finish line…. 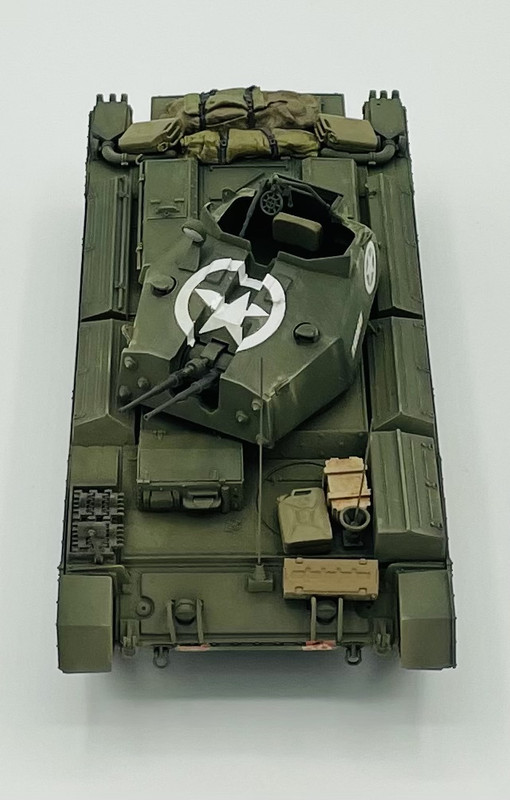 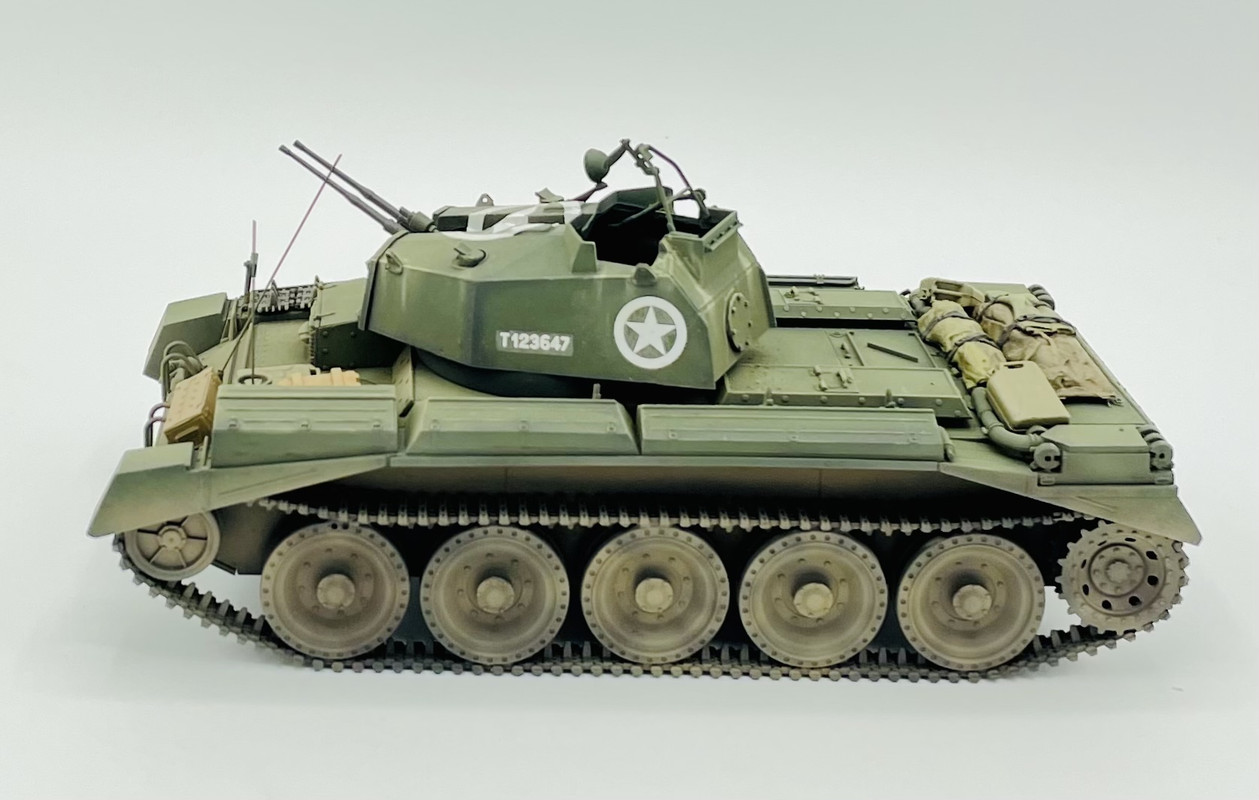 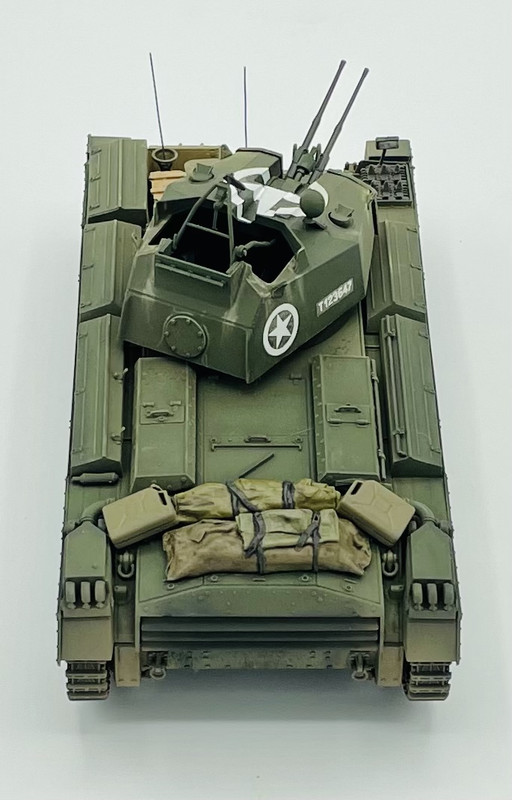 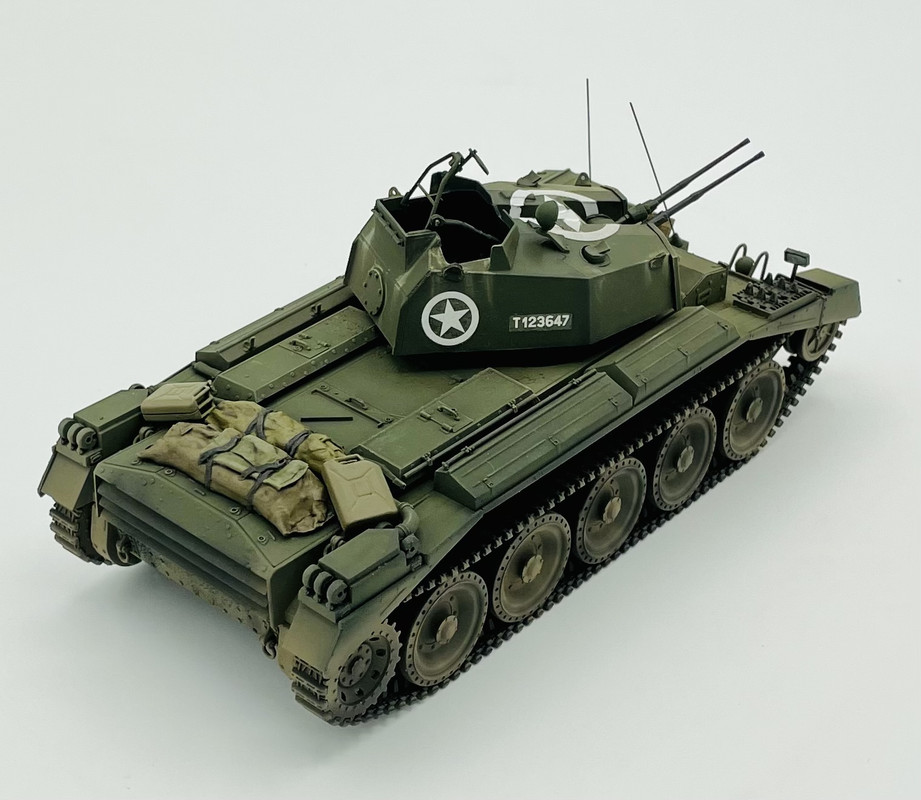 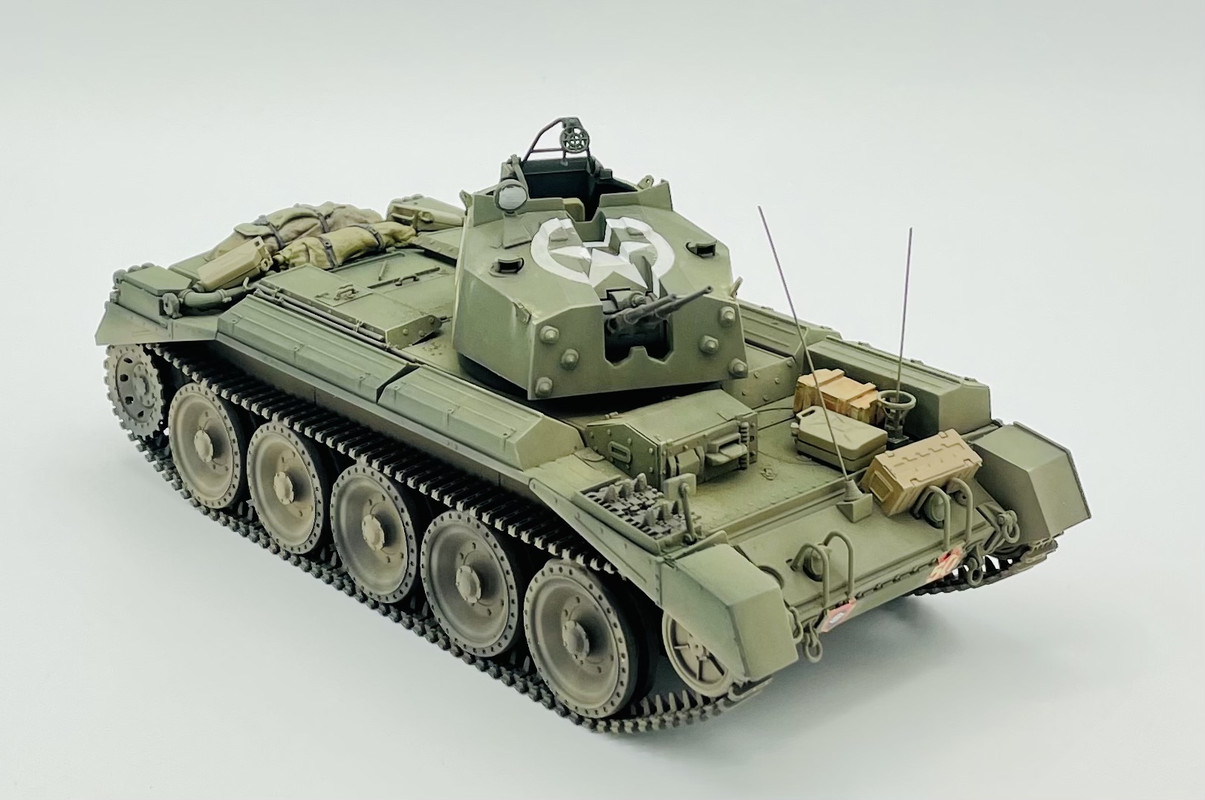 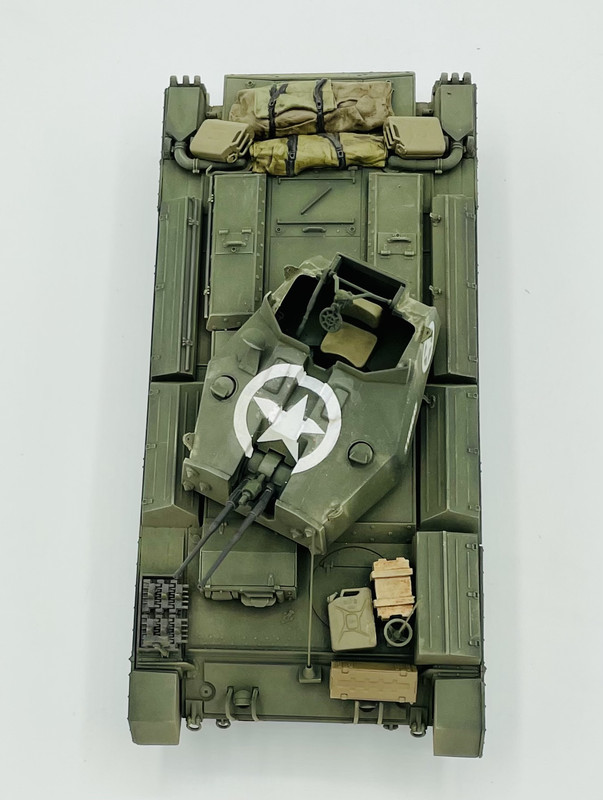 Not bad for 12 hours

Not bad for 12 hours

Understatement of the year. Great job.

@Tank_1812, @metalhead85, @SSGToms, Many thanks for your kind words guys. These 12 hour build challenges are great for getting me to focus and finish something, and not letting me get carried away by AMS whims….