Hey folks, I’d like to share another WIP I just finished - Italeri’s Panther ausf. G with Anti-Aircraft Armor. Markings are for a vehicle that served in Panzer Regiment 26 that was deployed in Italy from 1944-1945.

Pros:
Photo-Etch Anti Aircraft Armor was pretty good and makes for a unique looking Panther.
The PE is better researched than the one given in the Dragon Italian Front Ausf. G. That kit doesn’t give you the engine deck armor.
Relatively low part count.
Cons:
Clunky, clunky detail. After all, the lower hull is from the Italeri ausf. A while the upper Hull is from a Dragon kit in the 90s.
The tracks were a pain to clean up properly. I gave up and just sanded most of the attachment points down without heed as they don’t fit very well if you don’t.
Weld detail is… Missing or poor. I added some myself with Tamiya two piece putty

Overall, a decent kit, but would definitely not buy one for full retail. To be fair - this is a kit that combines Italeri parts from the 80s and Dragon parts from the 90s. However, the Tamiya equivalent fits much better, but does lack the photo etch parts on the grilles which are mandatory on these vehicles. I wish Big T. would just include the PE necessary to finish their kits rather than rely on you to source them 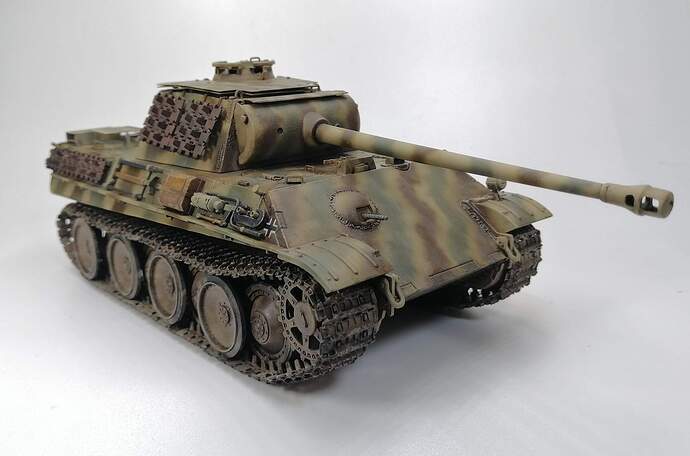 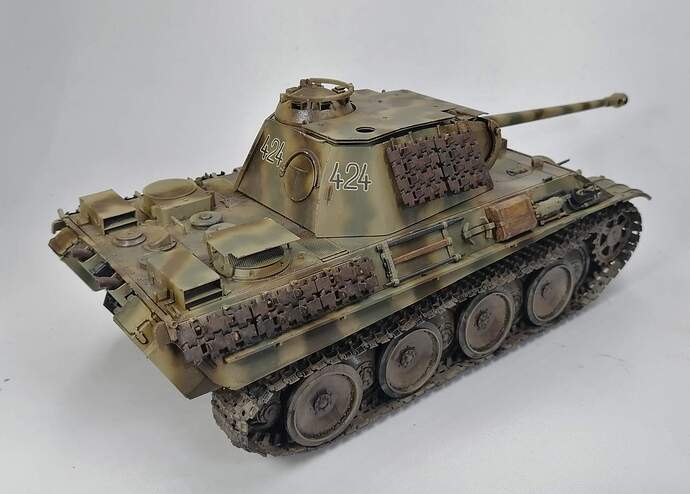 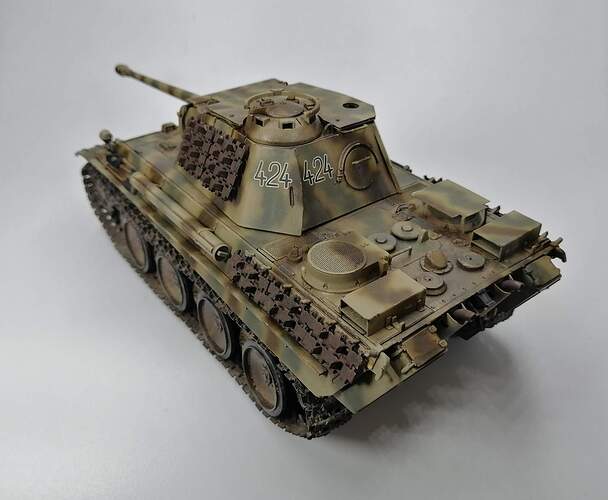 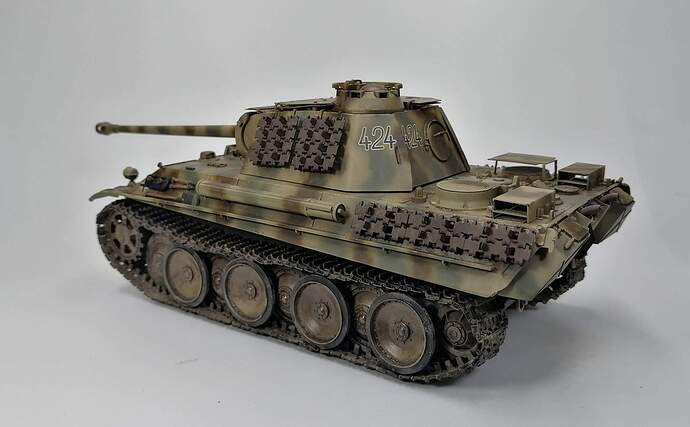 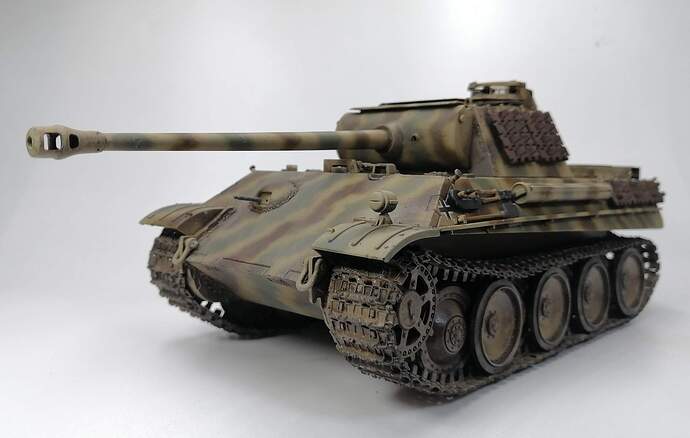 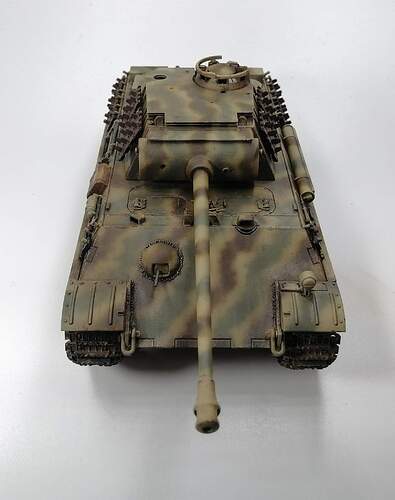 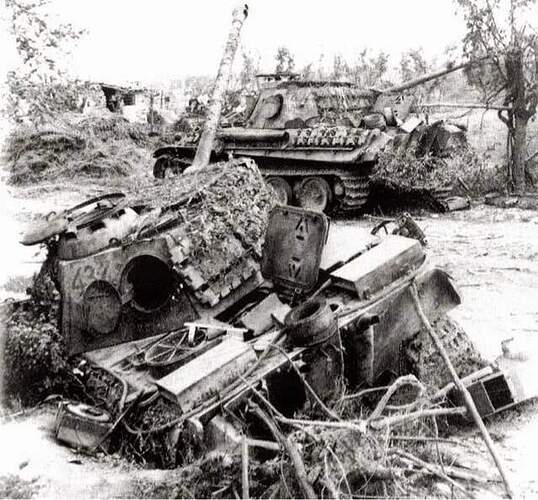 Nice work, she looks like she means business. I don’t know of a Italeri kit that didn’t cause a modeler some issues let alone a Dragon lit with instructions/drawings that made sense. Looks like you over came both issues. I don’t the paint brand you used but the work looks great along with the decals layout.
I just started a Panther A kit from Dragon 6853, but on hold until the Zimmerit kit shows up next week. Again nice work, looks like a keeper to me.

@kunjuro James, I think the model looks great! Definitely, like the turret roof & engine deck splinter protection armor and hangers on the turret sides to hold the track links. The decals, tri-color, camo pattern and weathering look on the mark to me.

Thanks Mark. Colors used were the updated Tamiya German colors (XF88, 89,90). Weathering was done with oil paints and AK enamels.

The Dragon Panthers are really nice. I wish they offered zimmerit molded on the ausf. A kit. As it is, only Takom offers that niche.

Thanks Wade. The add-on armor is pretty interesting on this kit and better researched than the Dragon Panther G in Italy (which only offers the turret armor and not the engine deck). Hoping Takom and Meng could take a stab at this version too.