This is a 1/35th scale model of a manned torpedo that was used by the Italian navy in WW2. It was officially known as the ‘Siluro a Lenta Corsa’, or Slow running Torpedo. But due to its poor handling qualities, it was better known as the ‘Maiale’, or ‘Pig’, to the men who rode it. It was armed with a detachable warhead of about 500lbs. The second crewman would sling this charge under the hull of its target using a cable and magnets, and set a timer. The Italians did have a lot of success employing them, making several attacks on ships in the harbor at Gibraltar. Their biggest achievement was the raid on Alexandria’s harbor however. After infiltrating the harbor, three Maiale managed to severely damage two battleships, HMS Valiant & HMS Queen Elizabeth, putting them out of action for several months. They also damaged a tanker and the destroyer it was refueling. The six daring raiders survived, but were captured. 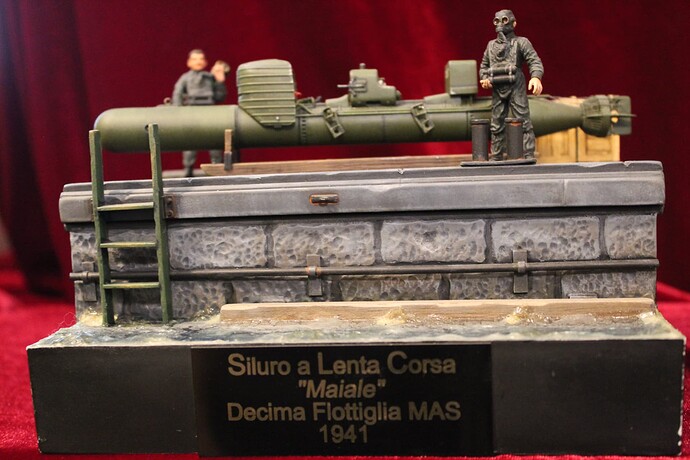 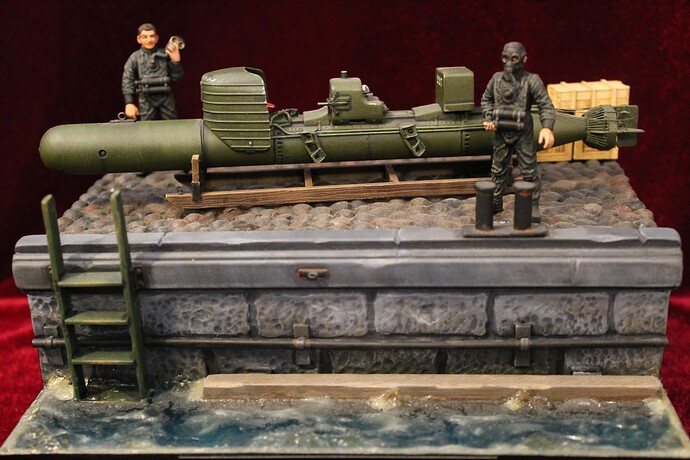 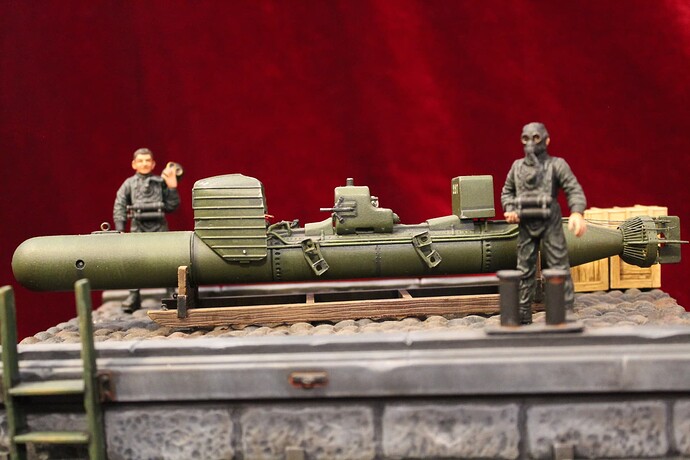 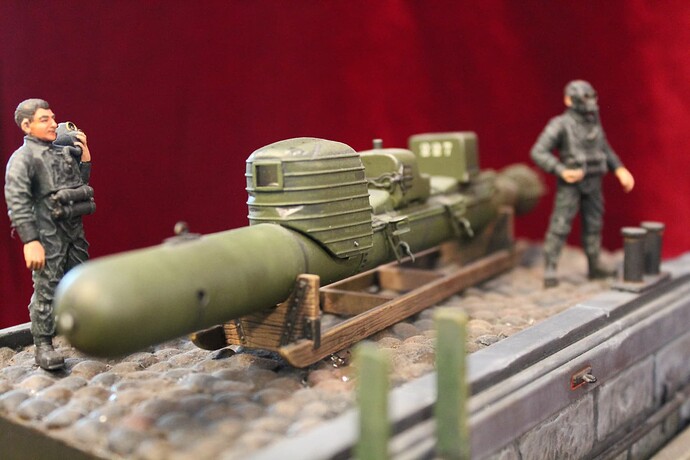 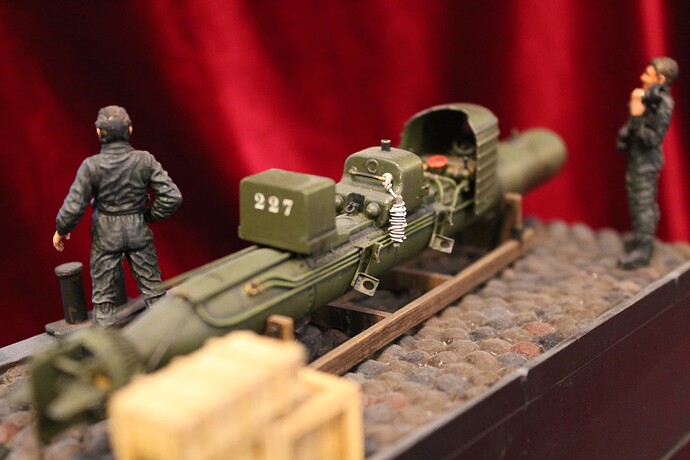 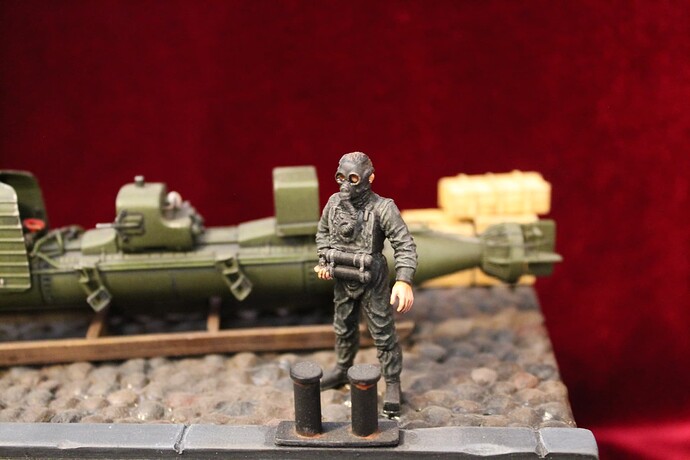 This was an Italeri kit that I did several years ago. It went together very well and included a small PE fret. One thing I especially liked was the inclusion of plastic form to be used to shape the PE propeller guard. Built mostly OOB, I did modify the pilot’s instrument panel slightly to make it more prototypical. I also replaced the guides for the control cables with hypodermic tubing. The Maiale’s wooden cradle and the two crewmen came with the kit. The base was completely scratch-built, and the cobblestones were made using dried split peas, a technique that I saw on-line. Thanks for looking.

I have this kit in my stash…almost forgot about it till I saw this. Nice little scene you’ve done here.

Thanks, it was a fun little project. The PE was a little tricky, but not as bad as I feared.

Really lovely little build Albert. The figures and dockside are nicely done too.

This kit has long been on my wish list but I have never been able to get one.

Thanks, much appreciated. Italeri is supposed to be re-releasing it this year with two new figures. They’re pictured sitting in the saddles. Don’t know if they’ll be including the original two standing figures as well.

Thanks will have to keep my eyes open. I also saw the Barchino boat is making a comeback as well! Interesting stuff.

Really lovely little build Albert. The figures and dockside are nicely done too.

I have built the same model in a similar way. It was a nice experience.
You can see the building proces here:

I wanted to attach one ore two photos of my model but I do not know how to do it. Will anybody help me?

Great build, and a very similar scene indeed. Your dock and the extra detail added to the Maiale is really impressive.

Thank you Albert. It was a great piece of fun building this little kit…
I like your MAIALE, too. And the dock as well. If I would do The Pig once more I think I would make the dock of stones…