OK seeing the patriotic bug has bit with the recent arrival of a AFV Club M113 and the Meng Abrams, thanks to Santa, I thought a K-9 Thunder may be appropriate.

Apart from Academy anything else on the market or should I wait for someone to manufacture the Australian version?

I would not bank on someone actually eventually doing the AS9 ‘Huntsman’ as a kit in its own right. Even so, the Academy kit is of the early K9 variant and the planned AS9 specs already details major modifications from what is represented in the Academy version. Kit version and Hanwha Defence concept image: 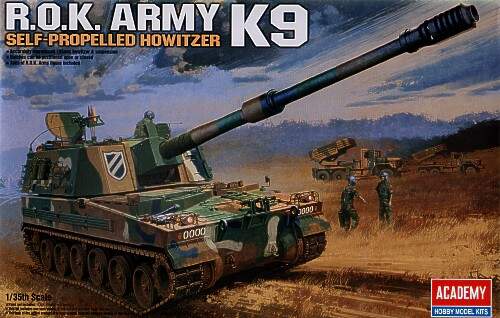 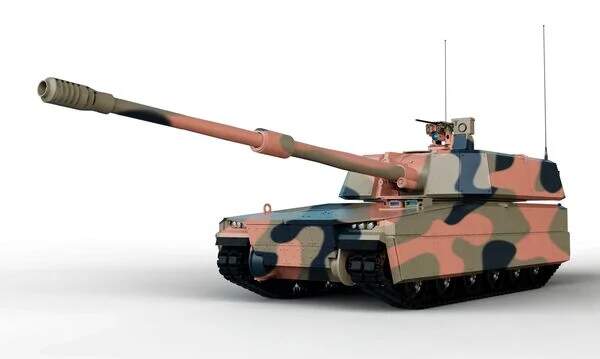 After being selected as the preferred supplier to the Australian Army (AA) of 30 155 mm self-propelled howitzers (SPHs) and 15 armoured ammunition resupply vehicles...

The AS9 is based on the later export ‘VIDAR’ version similar to what Norway uses. Ours will have different armour packages and a very different suspension to cope with that, plus whatever else gets added over time.

Hanwha Defence are already designing a K9A2, and I would not be surprised if that, or parts of that, become a base line for the AS9 at some time in the future.

Start of production of the AS9 is not due for a couple of years (at least) so I will make a call and say you are better off waiting to see what rolls out of Geelong before making any model making decisions.

Only 30 SPH and 15 Ammo vehicles to defend an entire continent?

Yup, the Australian Army is pretty small. They only bought one Bn of Abrams, 58 tanks, for their whole Army.

Barrel is multi piece and has some major seams to contend with. Kit tracks are rubber band. Vision blocks and such are all moulded with the armoured covers in place. No PE with the kit and the tools and such are all pretty clunky.

Maybe most important depending on the type of build you’re going for, there’s nothing but a great void of an interior, despite the hatches being positionable and having detail on their inside surfaces.

It does build up into a great behemoth of a thing though and looks impressive sitting on the shelf.

Would this kit be a better start point for modifying? 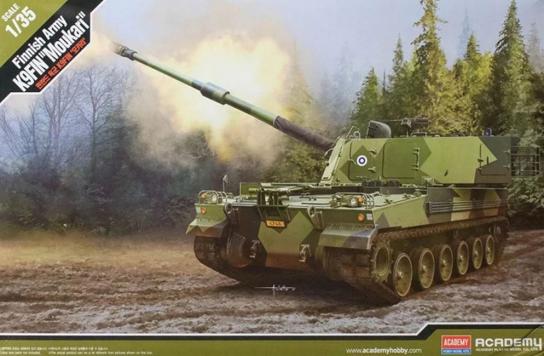 I tend to agree, modelling the AS9 is bordering on a “What if” this far out from production. But go for it!

And consistently punching above their weight!

FWIW Australia has never really sent tanks of any kind over seas. Korea and Vietnam? I’m not an insider but I believe the logic is that no one will be mad enough to fight for land in Australia. Too many crocodiles?

So our defense is to hit them before they get here. Navy and Air Force take priority.

Now then there’s politics. South Korea would be a key player in a China conflict. So buying a few ‘toys’ off them is good PR.

I’ll keep an eye on the market but the reviews I’ve seen of the Academy kit don’t inspire me.

Thanks. That’s why I put the ? after Korea and Vietnam. My point was that Australia hasn’t really used tanks as such overseas much.

Bruce, we deployed Matildas and Stuarts to Fight in the South West Pacific in WW2, had crews serve on British Centurion during the Korean War and deployed a Squadron of Centurion tanks to South Vietnam. We have sent 113 overseas on a few occasion to Africa and Timor plus ASLAV to Timor and Iraq
Al

Thanks Spanner28. I guess I generalised too much!

We have snakes, spiders, crocodiles, Great White sharks, poisonous octopus and Jelly fish to take care most invaders. What they don’t get, the heatstroke, potential skin cancer and boring politicians will wear down over time

Boring politicians? No no no. They make us laugh every day.

Then why do you need the ADF?

Someone needs to keep the beasties in check. Those new SPGs aren’t for repelling invaders, they’re for shelling drop bear colonies if things get out of hand.

Dare I say they are for defending off the greenies?