I am searching for solid reference materials on the 3-seat variant of the Sdkfz 2, There is one graining picture and a line drawing out on the web, I have several “bookets” of the 101 version, just nothing solid on the 102.
I was hoping some research hound out there might know a book or other solid reference information, (you know, nothing based solely from the web, or a model someone built, real hard intel). I would appreciate it.

The HK102 was intended to carry five men or a 750-kg load. The vehicle was wider than a normal Kettenkrad as its body overhung the tracks more. It had extra seats, but they were just cushions at the back of the fuel tanks, the passenger’s legs went between the engine and the operator. It was powered by a 2-litre Stump K20 engine, giving a maximum speed of 80 km/h, and was provided with hydraulic brakes and an epicyclic gearbox but the substantially improved vehicle was largely undeveloped by the time of Germany’s surrender. 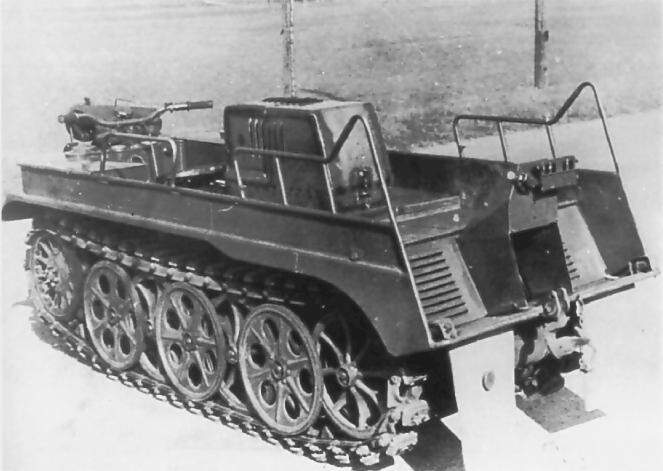 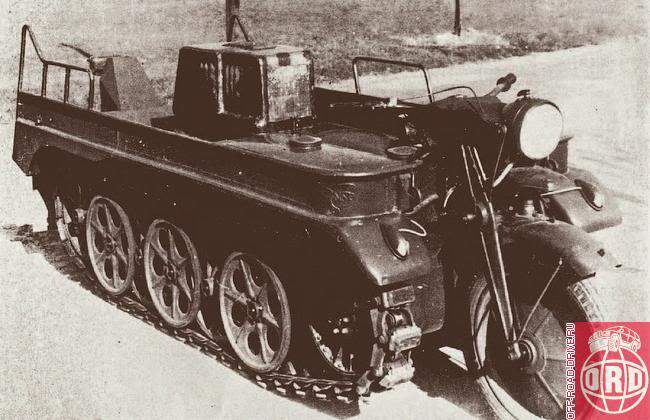 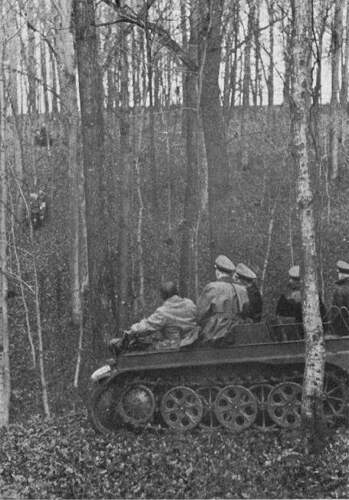 I’ve got the old Schiffer Kettenkraftrad book that covers the Sd.Kfz.2 Type HK101. The only mention of the Type HK102 is accompanied by your photo above with Officers riding in the woods. The caption reads:

Five seat Kettenrad, distinguishable by its three outer road wheels. The normal Kettenrad only had two. Only prototypes of this version were built. It was powered by a 75HP Opel Kapatian 6 cylinder engine.

Edited to add: you’ve probably already seen these tech drawings but on the off chance you haven’t: 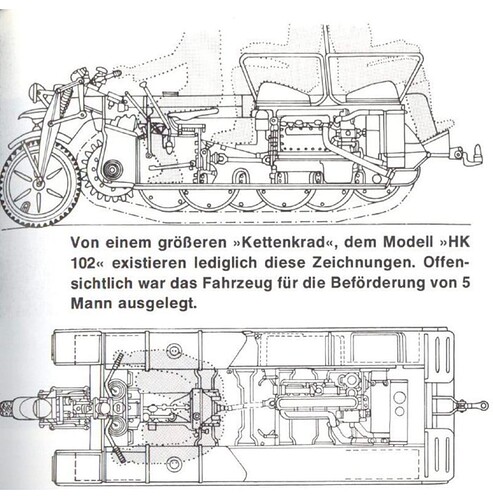 Yes, the drawings are very different to the photographs and the written commentary surrounding the photos, so I didn’t muddy the waters with them.

The 30 year old Schiffer book also has a picture of the ‘Springer’ on page 40, and references it as a derivative of the’ five seat Kettenkrad", but really it was just the engine transmission and running gear components added to an extended hull design, not the actual 102 hull. The big problem with old references on these rarities, is the information was often assumed and new information that has come to light in more recent times sometimes contradicts what was known at the time.

Please forgive my type O, I did actually mean the 5-seat version, old fingers soft brain…
I do appreciate the input, it’s all basically what I have on hand. Like every special project, I am always hoping for that mirical find that shows exactly what I need.

Please forgive my type O, I did actually mean the 5-seat version

Ha ha. No problem, we knew what you meant.

Unfortunately there is very little around on this oddity. Most of my reference books never mention the 102 version or just gloss over it - often with so much that contradicts others. There is always hope the Holy Grail will be found. Never say never…

If I had your scratch building skills, I’d get a couple 1/9 Kettenrad kits while they’re still available for future bashing.

I say this after seeing your large scale Panzer III….

Arch Stanton, (great Good the bad and the ugly relate) I have been thinking about just that very thought

Is this one of those known fakes?
Update: Postwar build, please see the reply from Paul Hocking in this ML thread link 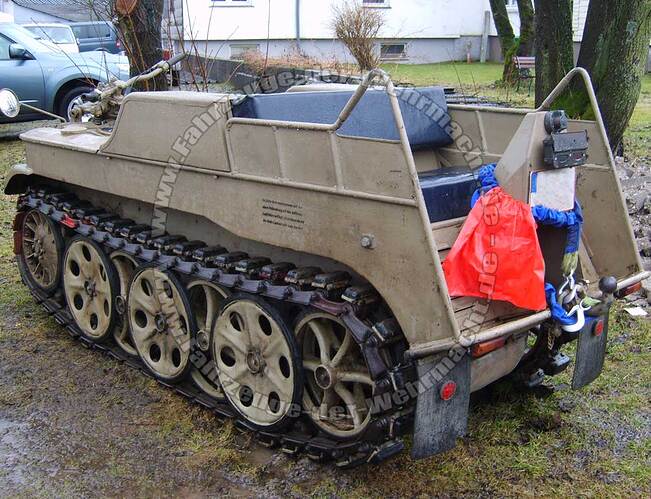 I expect so, it appears to be a bit of a Frankenstein. It has the filled railing not open like the wartime photos of the 102, the rear portion where the light and socket are is too tall and wrong shape to the photos (looks to be the standard early type 2 type was used, but raised), etc. 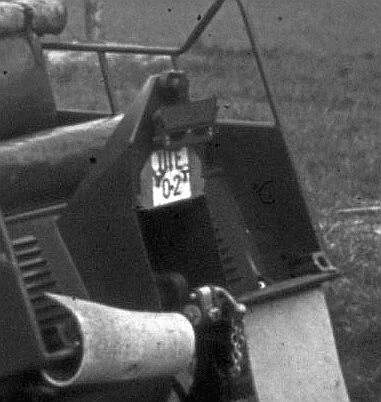 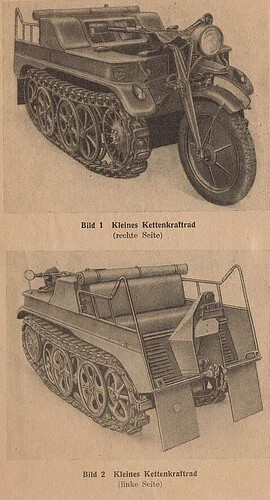 more pics for posterity - I found these on Bing search for “kettenkraftrad hk 102” , they’re from 2011 or so, they are linked to http://fahrzeuge-der-wehrmacht.de/Artikel/Kettenkrad.html but they aren’t shown on that page anymore. 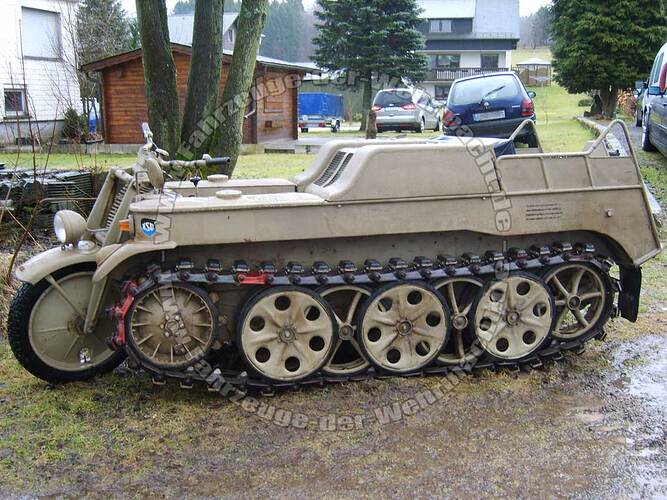 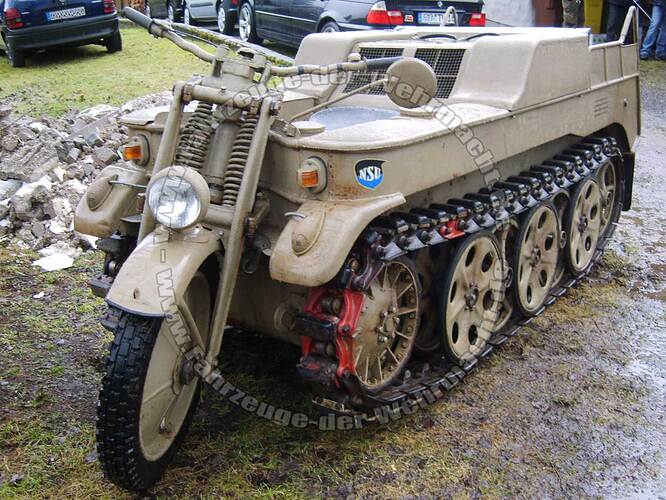 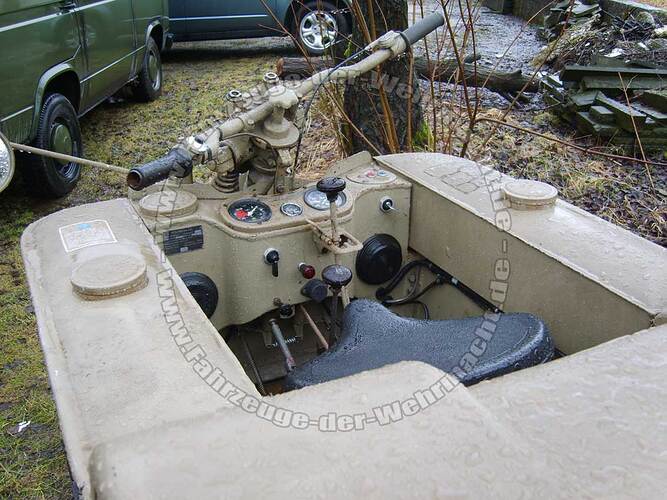 In case you don’t get see my edit, I also posted this at ML and got some more information - link
best
john