I think i keep ordering the wrong type of tracks. How late were these 5 part tracks used on King Tigers and were they used on Henschel turreted tanks? 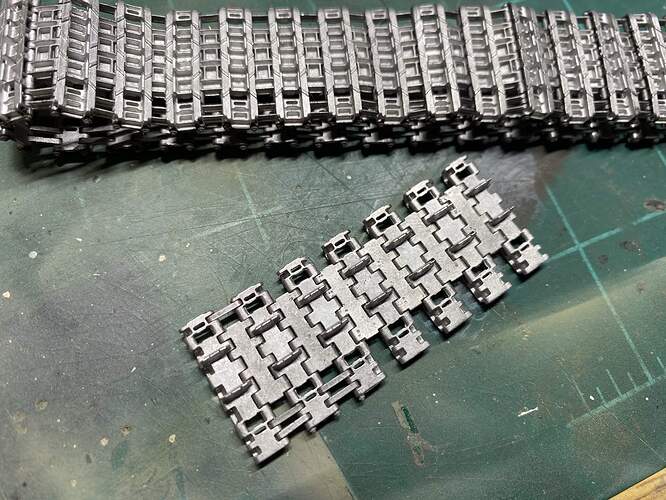 I know those are the ones I used on my Porsche Jagdtiger.
Hope they work for your kit

Here’s some pictures of the “Henschel” turreted King Tiger at Bovingdon. It used to be at Shrivenham I think. It’s an early production turreted vehicle captured after Normandy. 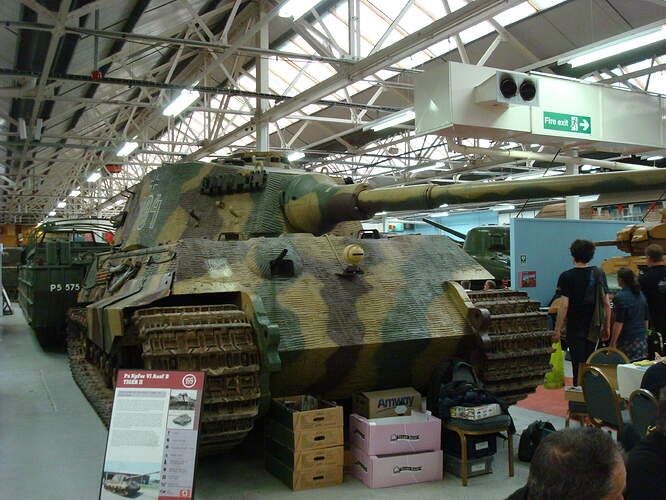 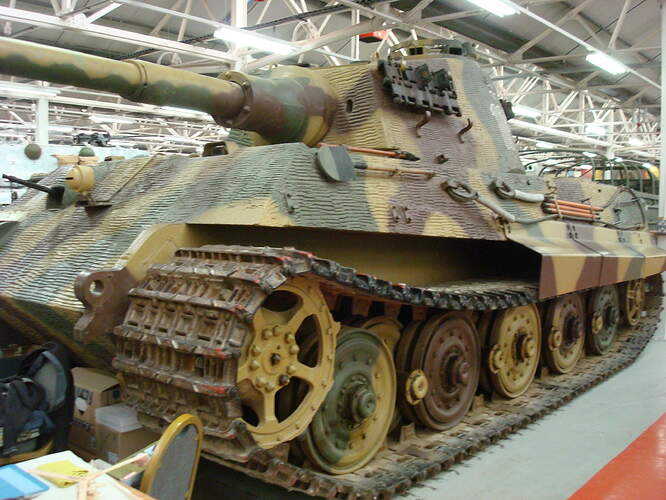 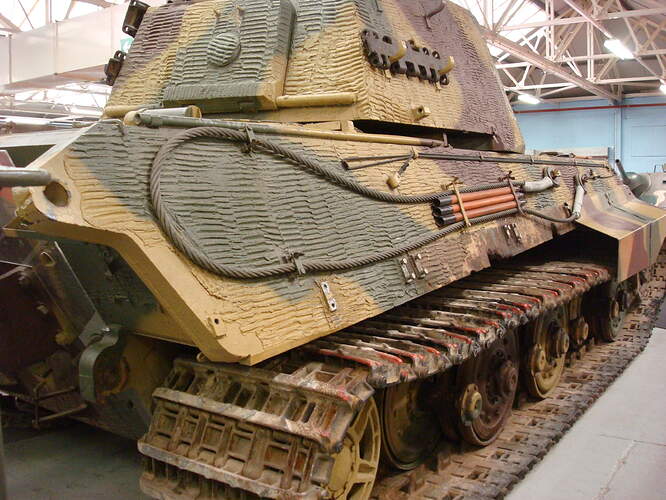 Great pics, thanks for posting them.

These tracks were used on the first five King Tigers delivered, which were eventually handed over to the Panzer Lehr Division in Normandy. The track was found to flex excessively, and was discontinued. All other operational King Tigers used the double-link track with guide teeth and sprocket openings on every second link, so they had half the teeth on the drive sprocket torched off (nine teeth instead of eighteen). In August, 1944, a small test batch of King Tigers was issued to the 506th Battalion with a new single-link track design that reverted to the eighteen-tooth sprocket. The new track was deemed successful, but existing stocks of the double-link track had to be used up first, so it did not reappear until March, 1945, just before the factory was cut off in the Ruhr Pocket.
The original track was also used on Porsche Jagdtigers, but the inner guide tooth was torched off. The Porsche chassis used only a single wheel per axle, and two teeth were not needed.