“Krig” (War). This is a scene made up of four kids playing war around a ruin somewhere in the North, prehaps Finnmark in Norway some time after 1945. The kids are playing war and is armed with weapons made from twigs and the two older boys have found themselves some rusted old German submachineguns, and some Red Army headgear. Many years after the war it was normal for kids to play with real weapons and discarded military equipment. Playing with explosives and ordnance was not uncommon either, and most people of a certain age in the North of Norway knew of- or heard about a kid loosing fingers, an eye or their lives while toying with such dangerous items. I dont know how it is today in 2021 but when I was a kid we still fought imaginary battles in the forests around the neighbourhood, and the occasional real German World War Two helmet was still in use then 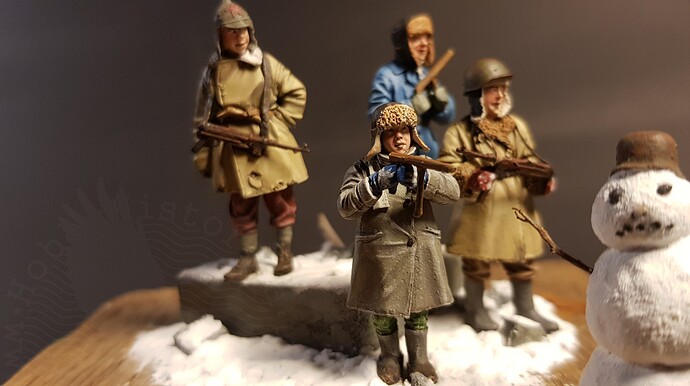 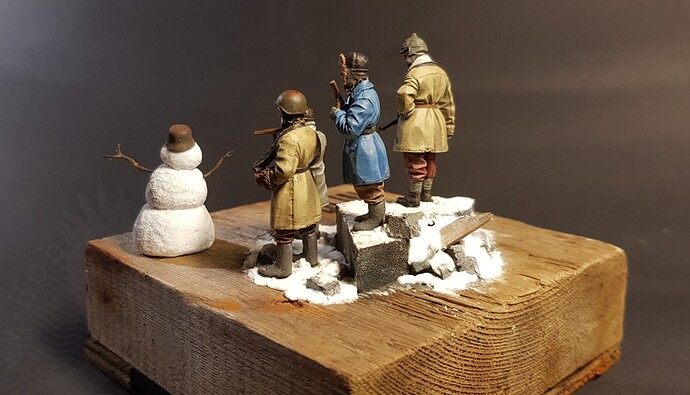 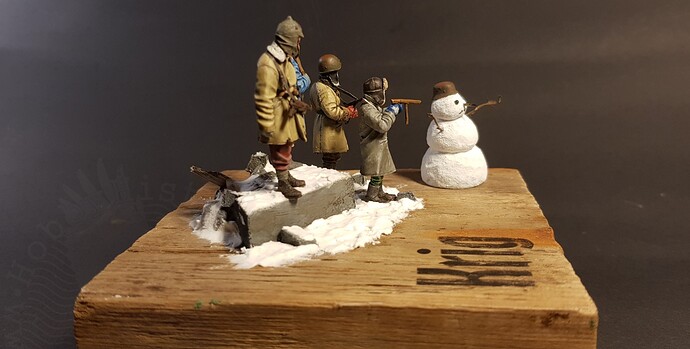 I don’t think I’ve ever used this descriptor before when referring to builds, nor will I ever have opportunity again…

That is a very touching scene and a very unique spin on our hobby.

I too have fond memories of running around the neighbourhood yelling bang, though an MP-40 was never in the cards.

I love it!
Fun build of a saddening topic.