Does anyone happen to know what Kuwaiti M1A2 looks like and what kind of markings they have?

Looks like a M1A2 SEPV3 with very little marks on them except chevrons, very similar to what we spotted in 1991 as well as in 2003. 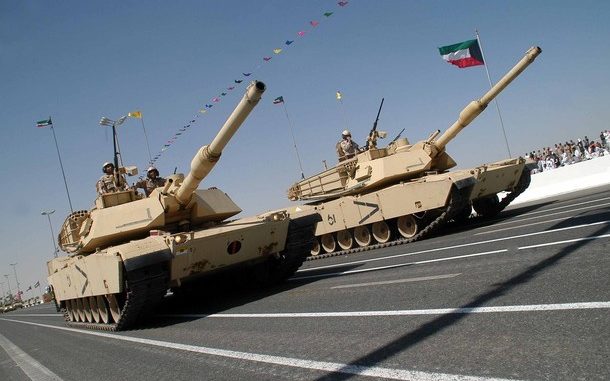 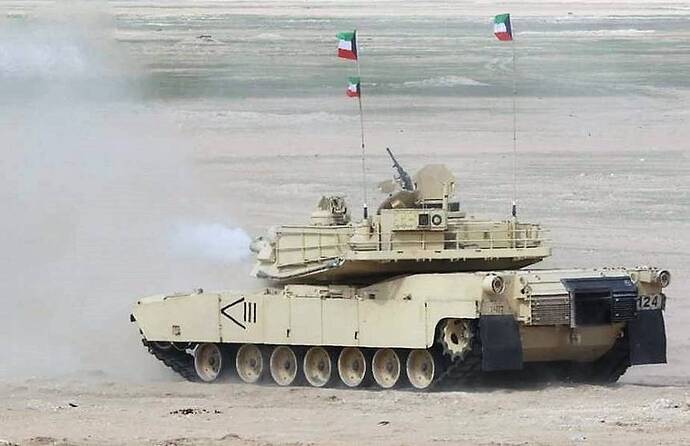 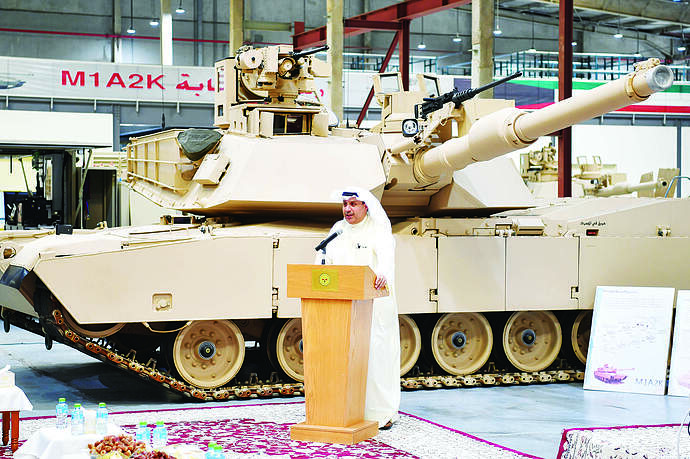 This one sports a CROWS II automated gun system, along with what I assume is the APU in the rear bustle rack, along with the enhanced commander and gunner stations.

M1A2 and M1A2K depending the timeframe you are interested in.

A delegation from Kuwait's Land Force has officially received the first M1A2K main battle tank at a ceremony in the United States, the Kuwait Army General Staff... 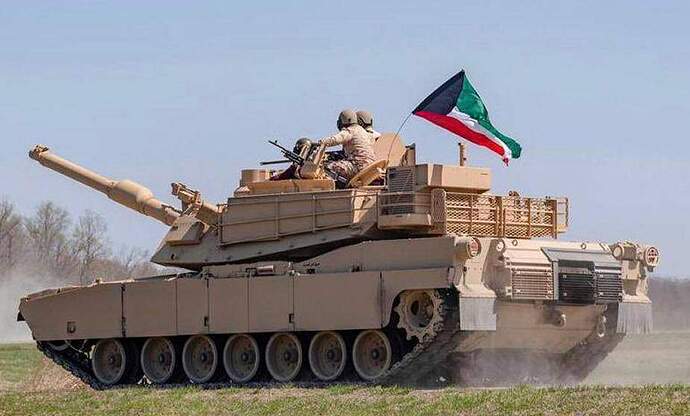 The first 2 pics look to appear to be base line A2 because they dont have the crows weapons mount while the pic with the Kuwaiti official looks to be a M1A2 SEP v.3

“The train with M1A2K Abrams tanks is in LaGrange, KY on the Short Line from Cincinnati, OH. The M1A2K ordered by Kuwait can be identified from the Auxiliary Cooling and Power System, the Counter Sniper Anti Meterial Mount for a barrel mounted and turret serial number w/ suffix Ē.” 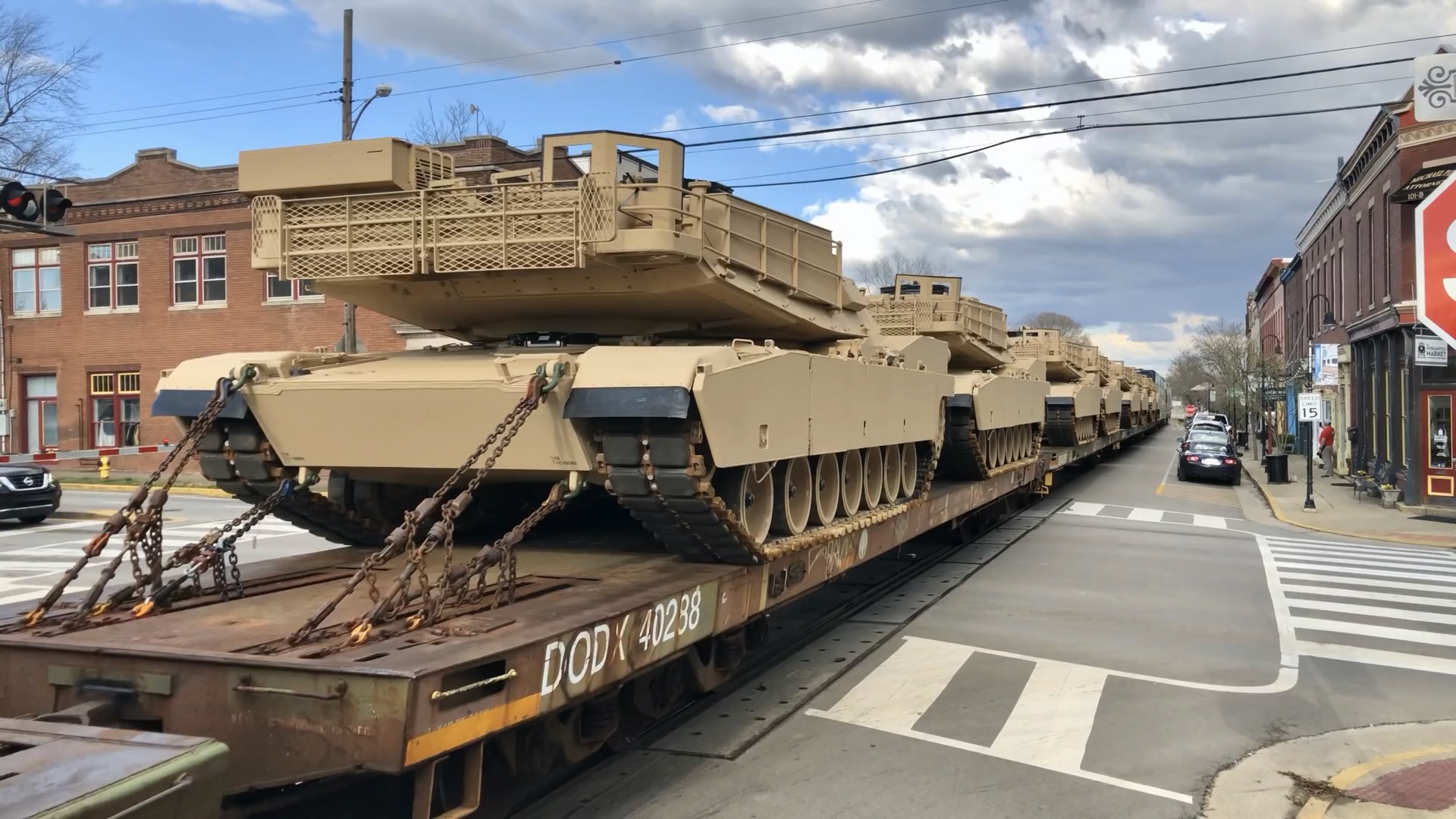 So its combination airconditioner and APU? 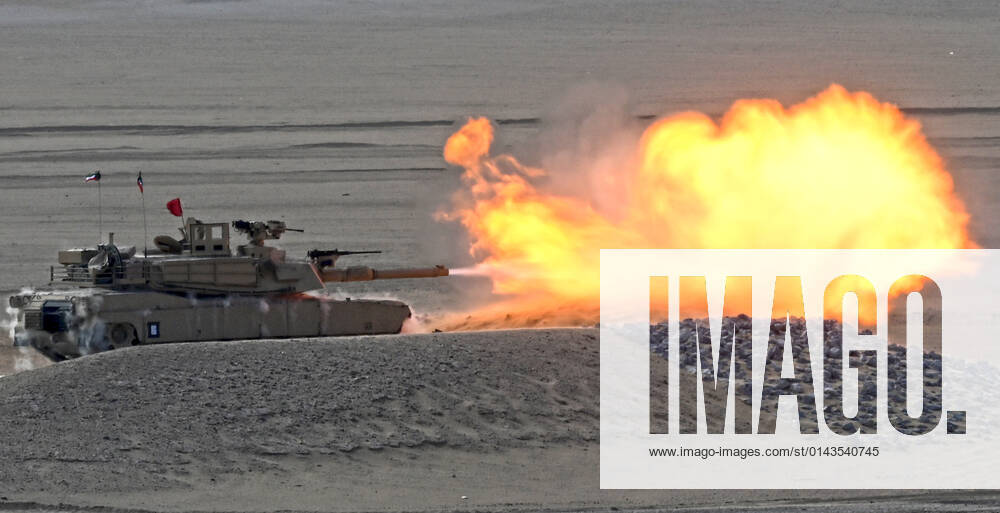 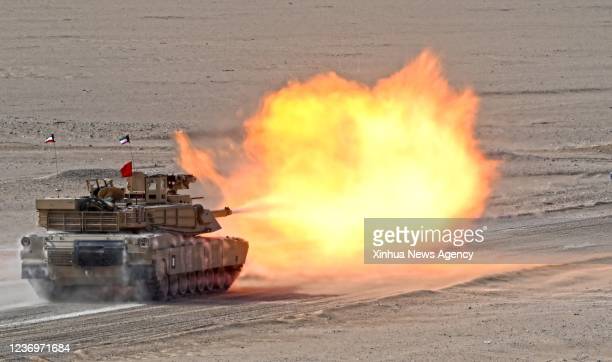 The M1A2K is equivalent to a US M1A2 SEP v2, but with a new/different VCU/APU combo unit. The CROWS II makes them v2s.

They are not M1A2 SEP v3. The main external differences are around the left rear where the Under Armor APU has been reinstalled, added attachment points for the armored tiles around the cargo rails and smoke launchers on the turret, the extended rear mud flaps, new tow cable ends, and larger clevis attachment points. Also, the turret face armor has been extended outwards with an added layer of armor. Low-Profile CROWS is another indicator. 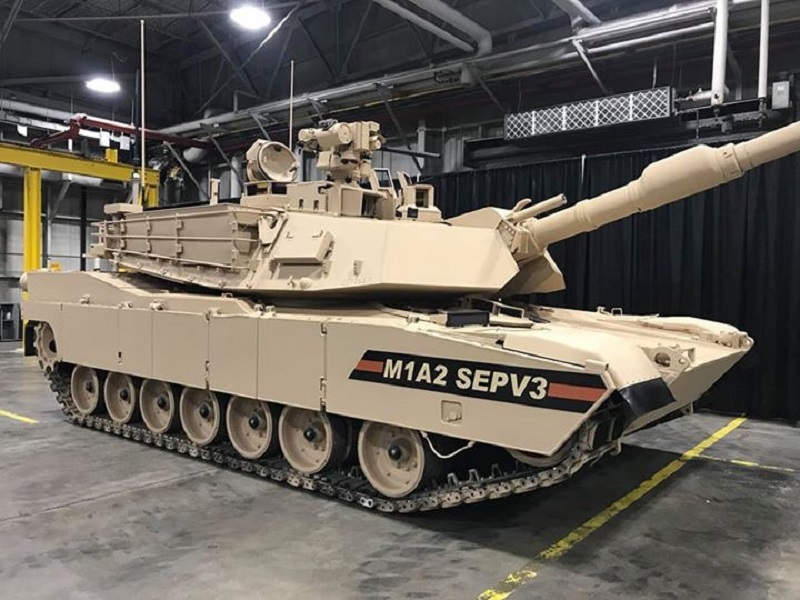 Abrams M1A2 SEPV3 (System Enhanced Package) is a modernised configuration of the Abrams main battle tank (MBT) in service with the US Army. 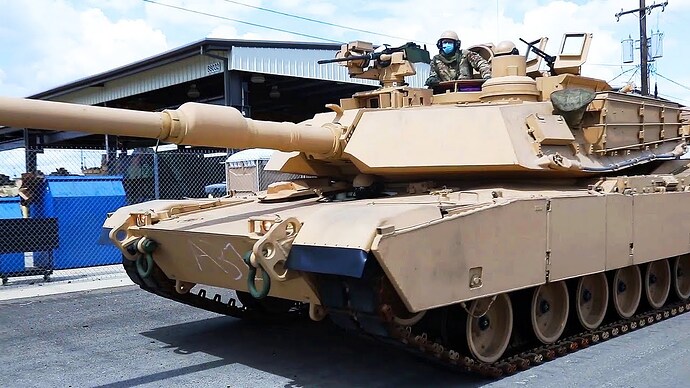