I notice that Scorpion Miniature Models make a nice looking L6 Wombat 120mm BAT recoilless rifle and as I have a variety of 1/35 LWB Land rovers in the stash, I quite fancied making a mounted version. I’ve read that they were adapted to fit in the back of the vehicles, but wondered if anyone has any info on exactly how?

I have in mind something along these lines, maybe not quite so much camo netting … 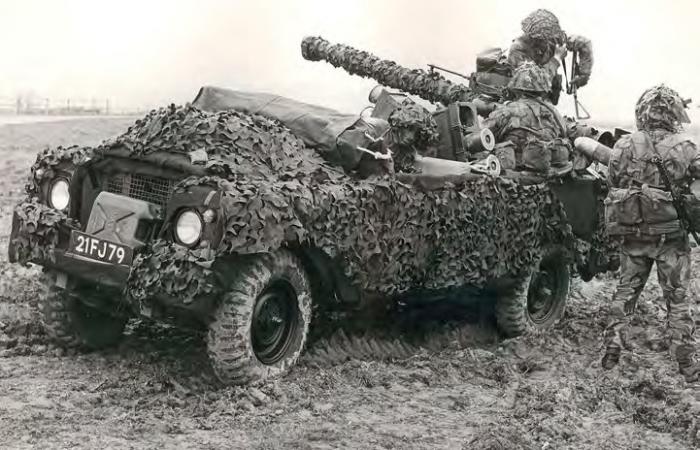 The Land Rovers I have are Hobbyboss WMIK with Milan ATGW, Tamiya SAS Pinkie and Italeri 109 LWB.

The Italeri LWB 109 is the only appropriate option for your Wombat. The Pinkie is too specialist and would require a lot of work to backdate it to a standard LWB, whilst the WMIK is much too modern. The Wombat was retired by the mid-1980s and replaced by the Milan .

Thanks John, I thought as much!

And the good news is that SMM actually do a set of shackled wheels to fit the Wombat to their Aktiv Snow Trac model, and Mike has agreed to supply the shackled wheel set. I’m therefore assuming this is how the Wombat would be shackled into the Land Rover. Seems to make sence.

Terry, an alternative is the Firing Line product from DJ Parkins; see here but sadly no pic:

This set will contain the ammo bins and the ramps as well as other details; might be an alternative to the SMM products - good though they are.

It would also be possible to modify the Revell/Italeri version to an earlier one utilising the Tamiya Ambulance land Rover, if you can find one.

Replicating the cam isn’t too difficult though I appreciate it is somewhat counter-intuitive for modellers when covering up all one’s hard work! My Leopard 1A1 thread somewhere within this Cold War Armour site details how to make it all relatively simply, just in case you wish to go down that particular road.

Thanks Brian. I recall your Leopard. I did something similar with my Accurate Armor Danish M41DK after a discussion with you some years ago!

Brilliant; bloody good memory Terry. Me? I can remember what I did (as a young soldier in detail), 50 years ago - but not even sure what I had for breakfast yesterday!

Actually, I think I do recall the M41 as I’ve been meaning to tackle one myself - after building the remaining 179 kits in my stash first of course. 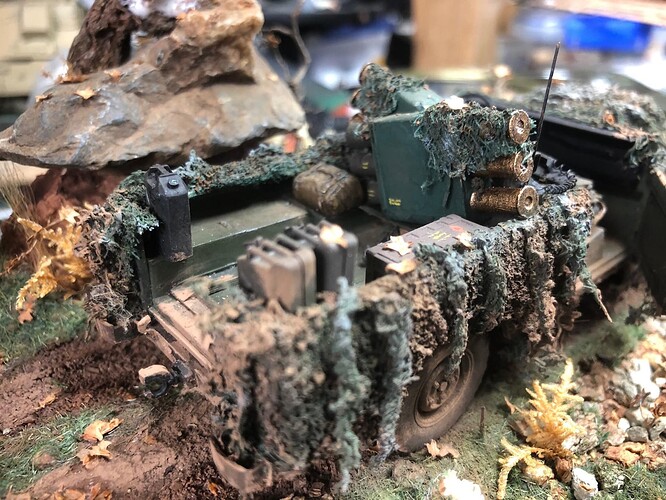 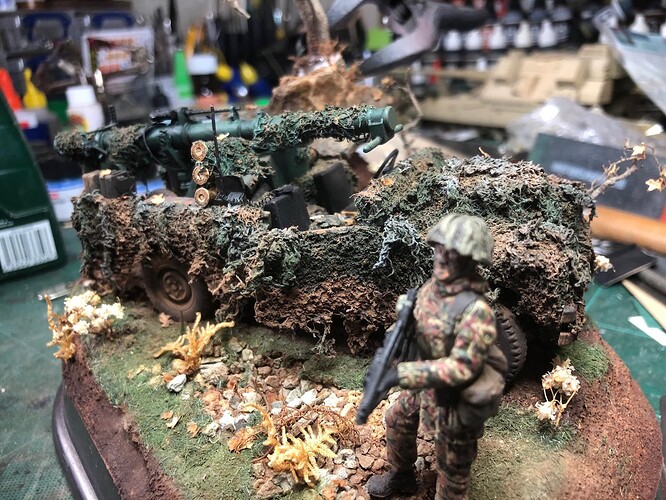 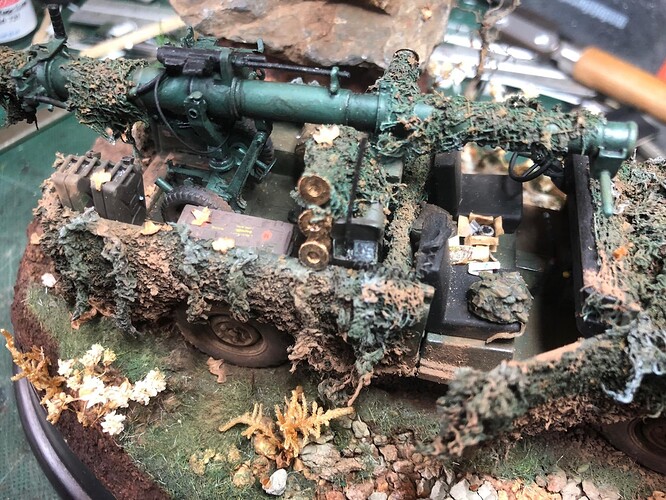 Made one many moons ago using the firing line kit it has all the instructions for fitting.
I’ve several in my collection I’ll dig one out

Thanks Barny! Your’s looks the biz!