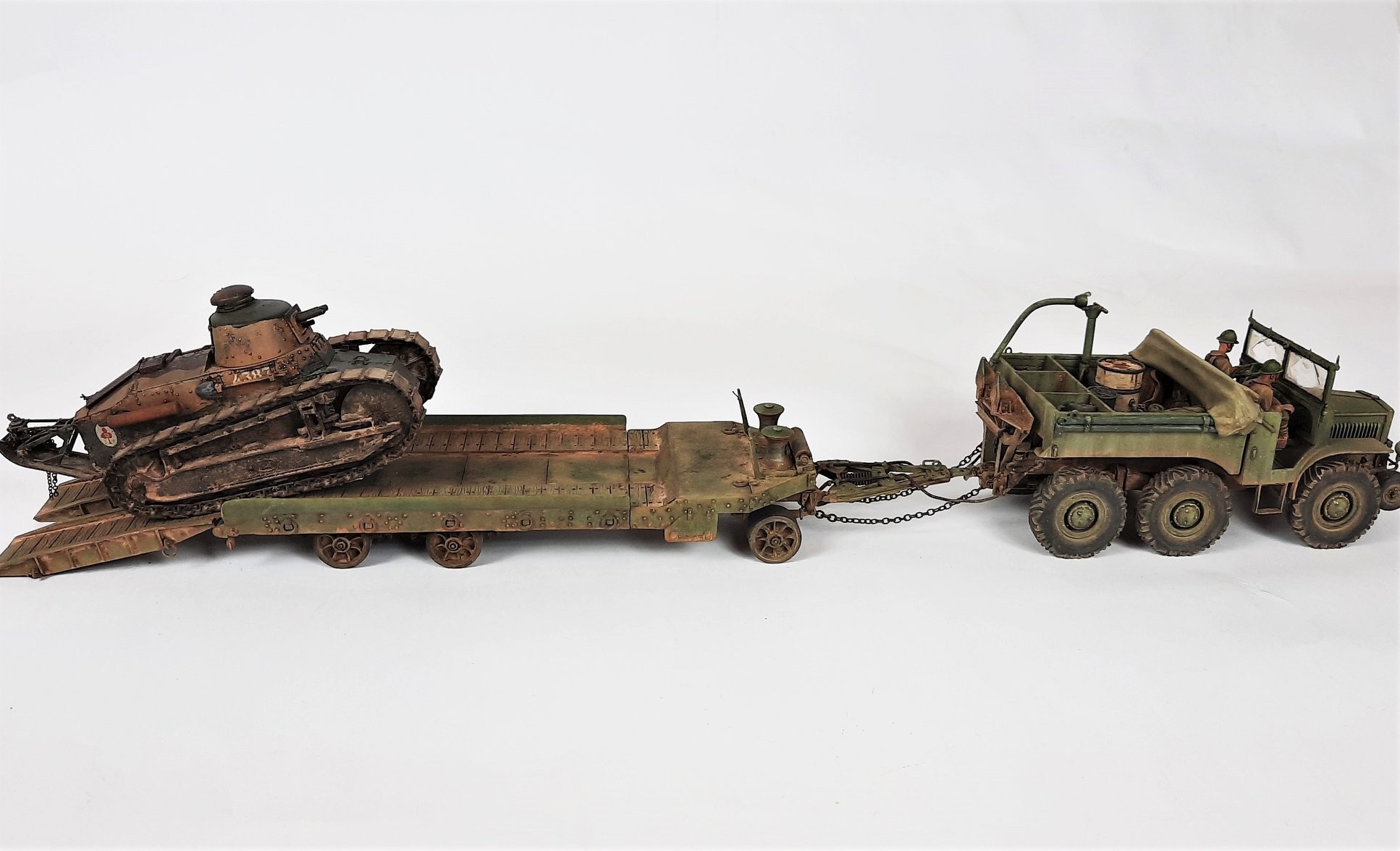 This is partial text from the full article (usually with photos) at https://armorama.com/news/laffly-s45-trailer-titan-30t-inspirations-by-stephane-lepetit
2 Likes
Hohenstaufen June 12, 2022, 7:29pm #2

Superb build. Is that a conversion of ICMs Laffly S15? If so I’d be interested to know where the plans came from as I have a picture of a similar vehicle being used by 9SS as a gun tractor.

ICM’s kit is a V15T, it weighed in around 2.6 tons and had a 700 kg load capacity
The S45 was a bigger beast, empty weight was 8.2 tonnes and could tow 10 tonnes and had a max load of up to 2 tonnes (depending on the ground it was moving over)

The S45 is presumably from Blitz Kit, no longer available but still shown on the website. The trailer is from DES Kit.

Hopefully. Was planning to buy their new Bernard this week and it’s already sold out after only being available for 2 weeks.