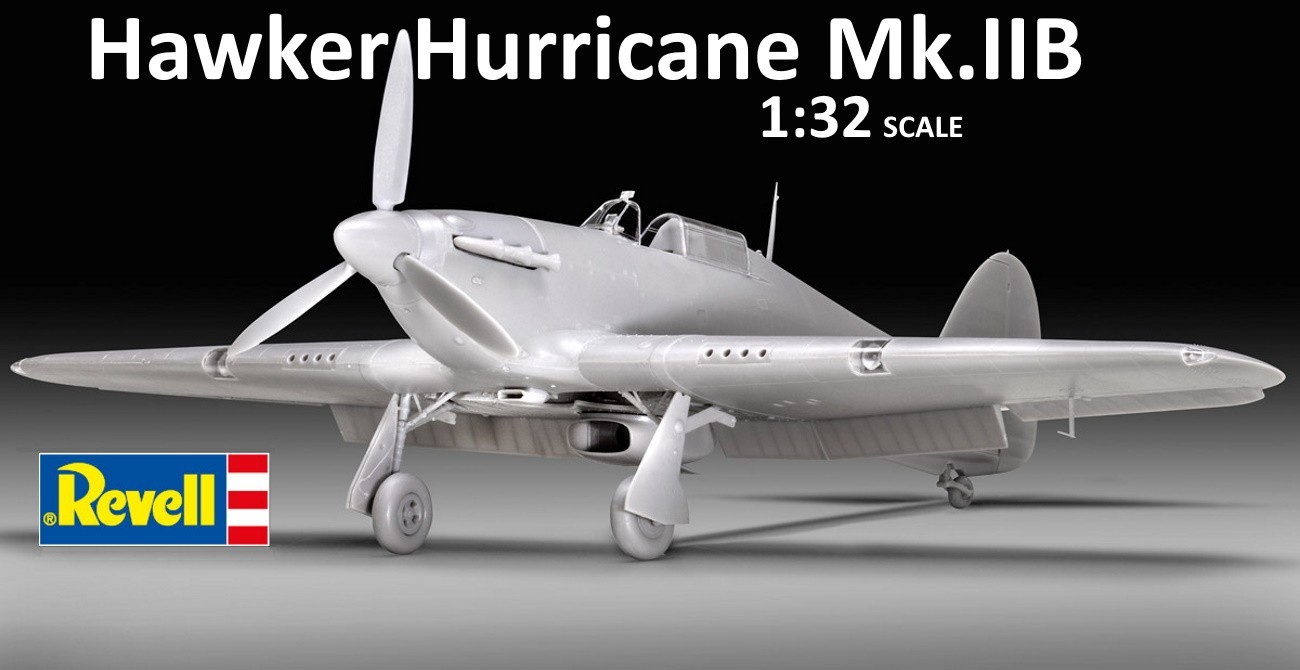 This is partial text from the full article (usually with photos) at https://aeroscale.net/news/large-scale-hurricane-mk-iib-glimpse
brekinapez November 17, 2022, 6:45pm #2

So this is a pretty big deal, isn’t it? Only other IIb is the Fly version which some people find issues with those kits.

Some really nice 1/32 kits coming out these days. Makes me almost want to get into the scale.

Well, buy up what you can before they completely shut off our oil supply and eliminate plastics.

Is this really even a Mk.IIb? Looks to me more like a IIa as I don’t see any indication of the outboard guns, which is THE distinguishing feature of a IIb. ???

What would be necessary to convert it into a Mk.1A?
I suppose we’ll need to wait until we get our hands on the actual sprues, but for me it’s a Mk.I Battle of Britain bird or nothing!

Agreed. Was just thinking about this; why do manufacturers so often go for the 1944-45 versions of these planes, when it’s the 1939-40 versions that made them famous?

Or maybe there is an option to build it as either a IIa or IIb?

Actually it’s a bit involved, as the Mk II aft engine cowling was extended some 4", which led to an extension of the wing root fairing adjoining the lower cowling. Also, a different prop and spinner, earlier Downty oil-spring tail wheel strut, and the smaller radiator unit under the wing mid-section. And the announcement photos show a carburator intake forward of the wheel well as maybe a late type I’d never noticed before. It looks like the aft end of the Vokes tropical filter… ??? I’ve found a photo of at-least one warbird that has this type intake, and a photo of one of the pole-mounted replicas with it. Whatever the case, the earlier type carb intake would need to be added.

But I’d bet that Revell has tooled the kit to allow for the Mk I to be produced in the future, just as they did with their Ju 88A kits which were initially released as the A-1 and then the A-4. 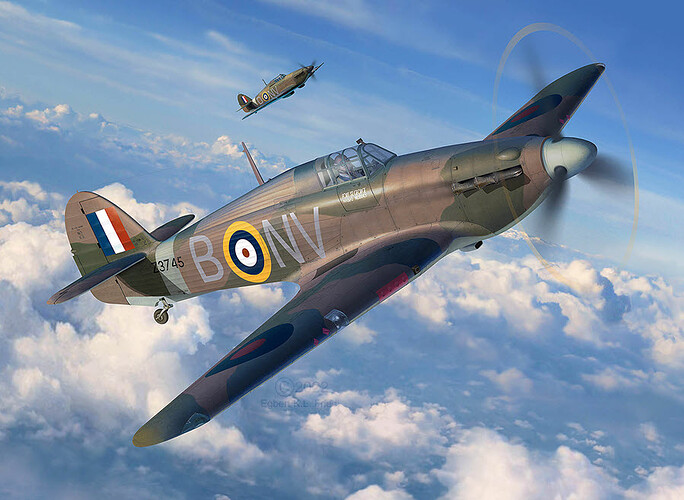 I hope someone at Revell notices the model doesn’t match the art.

Yes, thanks – I did see that at another site. Isn’t it odd, though, that Revell is heralding a IIb and then their own announcement photos show a IIa? Hopefully the “b” parts are indeed in the kit!

Revell posted today an image of the sprues and completed kit on their Facebook page while attending the IPMS Euro Scale Modelling show in the Netherlands. I’ve cropped the images, but the definition is poor. Looks like there is a Sea Hurricane amongst other types to be released in the future… 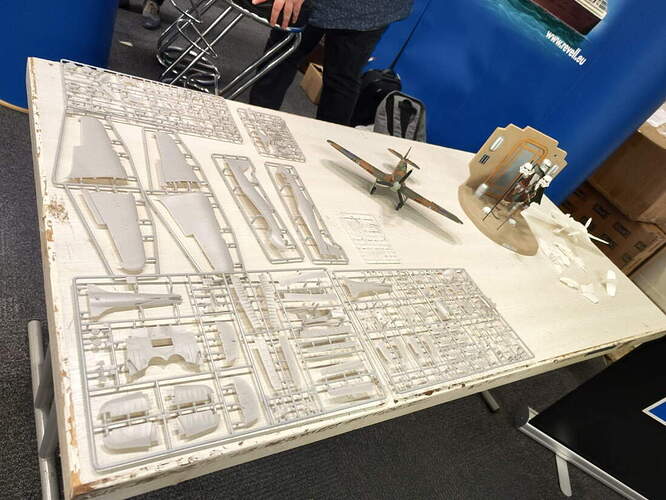 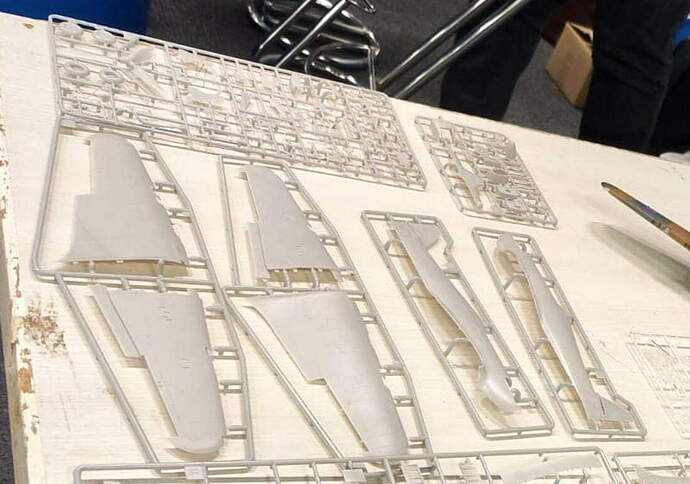 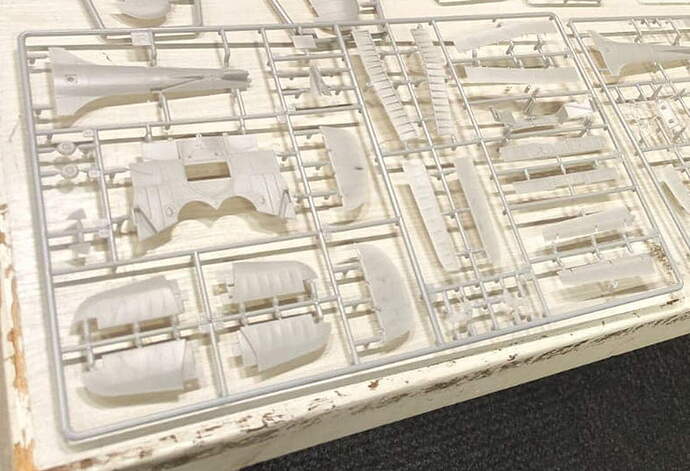 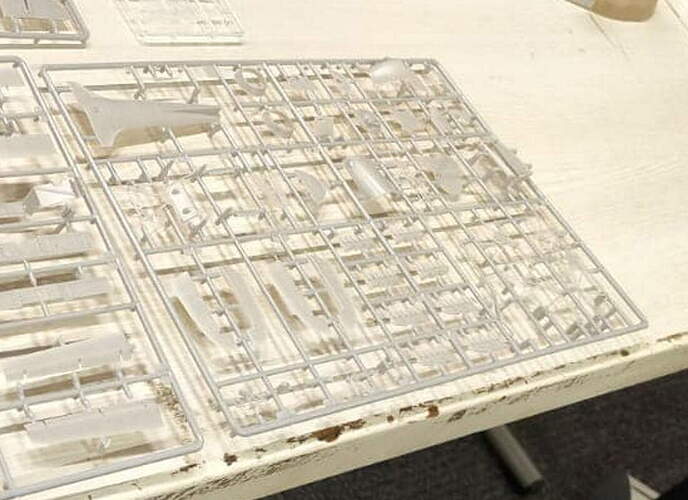 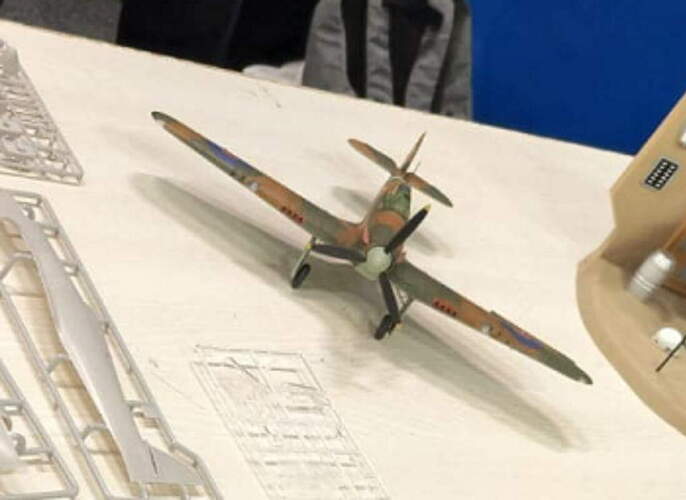 Thanks Tim, checking the wings in the sprue shots you can see the outboard cartridge ejector ports, so the wings are indeed IIb.