What color was used for late WW2 USN insignia? I am talking the blue outline and background on these national insignia 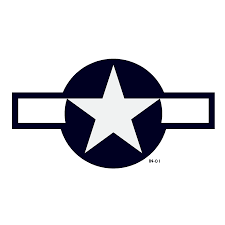 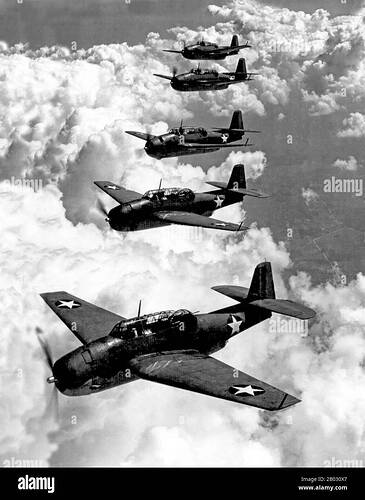 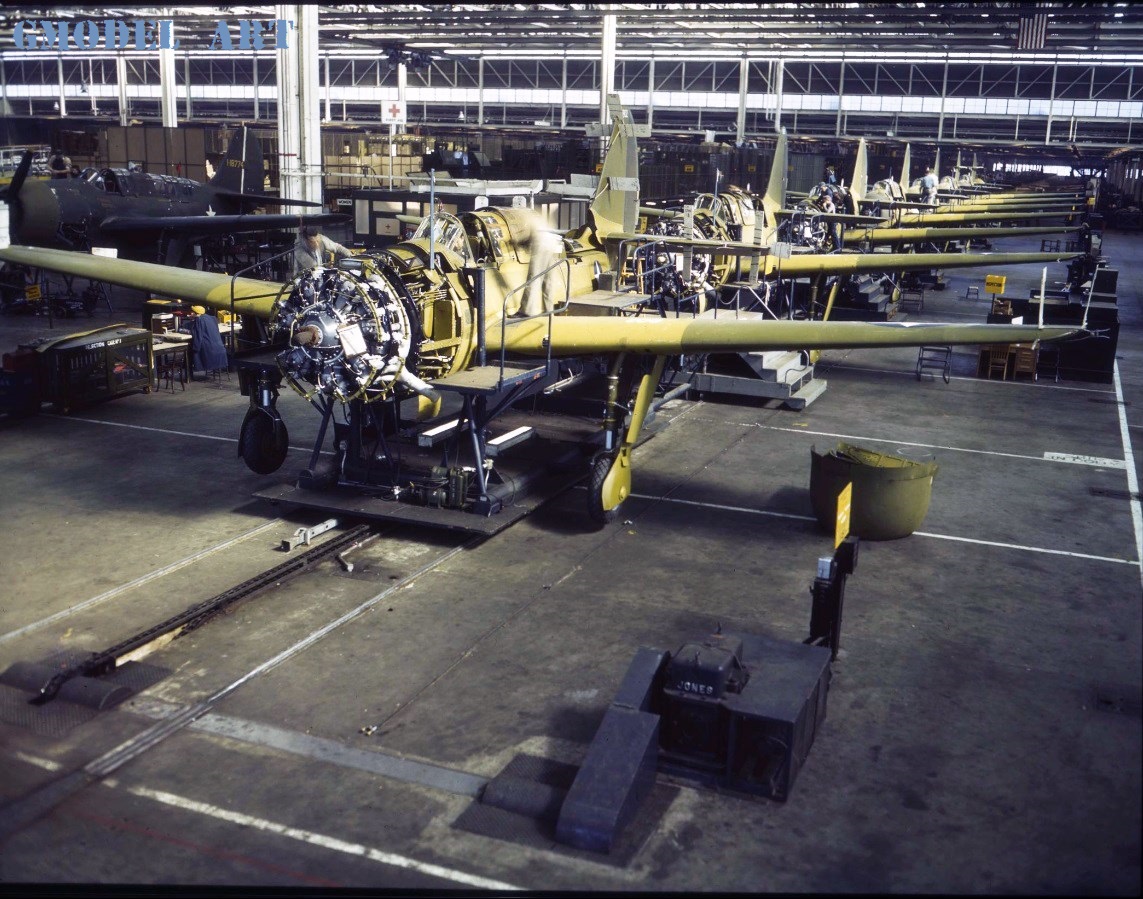 The Tamiya Paint Database was created as a way to demonstrate the Microsoft FrontPage Access Database Wizard back in the spring of 2000. Originally, anyone could add formulas to the database, and for a while, all was good. Sadly, much…

Would tamiya sea blue straight be a good match for the insignia?

Would tamiya sea blue straight be a good match for the insignia?

No, Sea Blue has touches of gray and green to it. I’d suggest starting with Royal Blue and darkening that. If you look at late war photos of Corsairs, unlike Grumman, Vought stayed with Insignia Blue, and it contrasts with the overall Gloss Sea Blue finish. 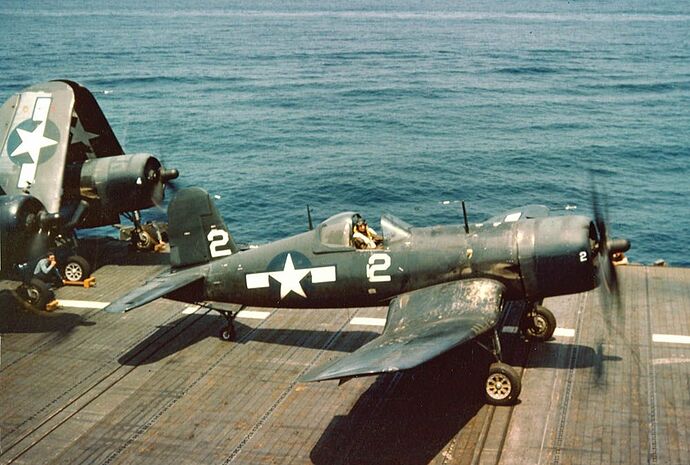 Hmm I see what you mean.

I don’t have royal blue but I do have flat blue. Wonder if I can start from there and darken? Also any idea what is a good color for darkening blue without shifting its hue? I am getting better at color theory but I still struggle with blue

I’d suggest trying black to darken the blue. Obviously you’ll need to experiment to find a ratio that works, say three or four parts blue to one part black. But you’re going to want to start with a blue that is not having any grayish or greenish hue to it.

Thanks I’ll give it a try. Flat blue looks like a bright version of royal blue so I think it may be a good starting point

Peeled the first masks off the avenger. Not sure about the blue on the Stars and Stripes marking. Definitely needs touch up where some white is peeking through, but not sure if the blue is too bright? 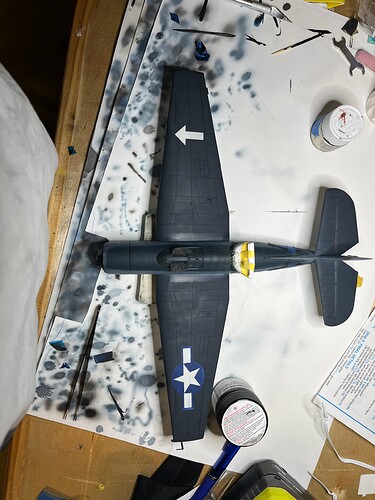 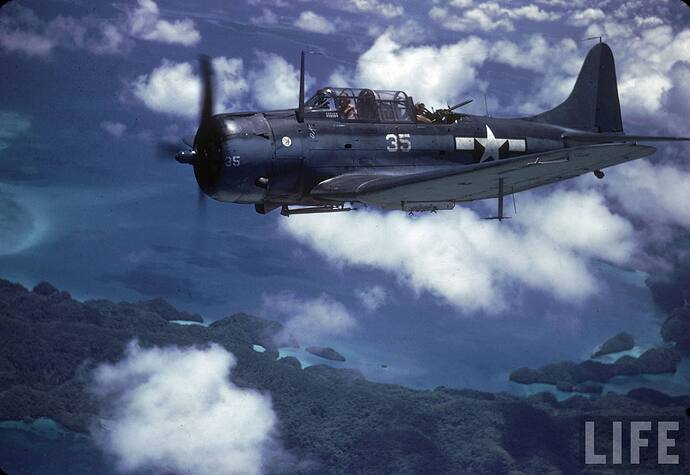 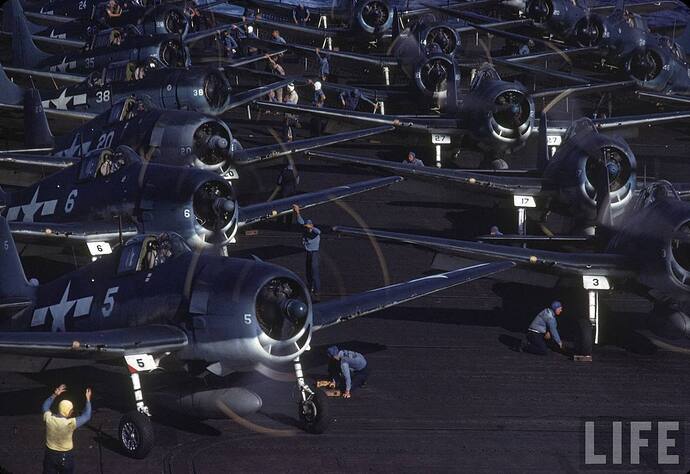 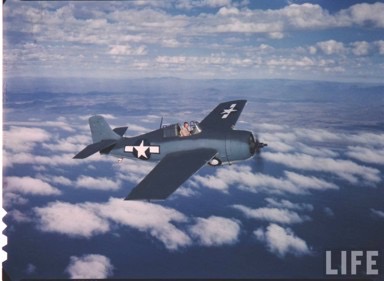 It looks like the Sea Blue faded quicker than the Insignia Blue in real life.

I think for whatever reason I didn’t spray the blue on top opaque enough. Looks darker and better on the bottom 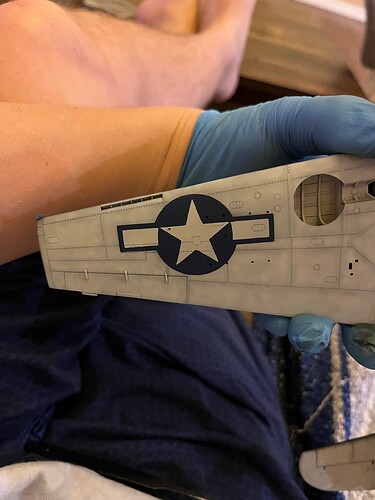 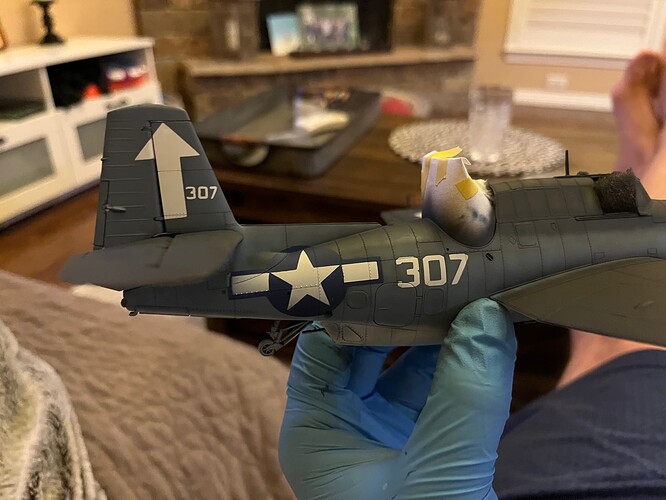 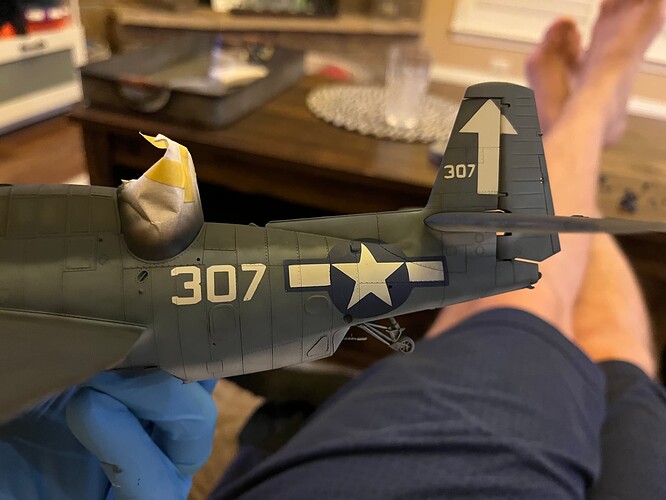 Might remark the wing and white and spray the blue again