In another topic I posted a piture of my stash of LAV’s… so thought I would show you what I intend to do with them. Besides building and painting … 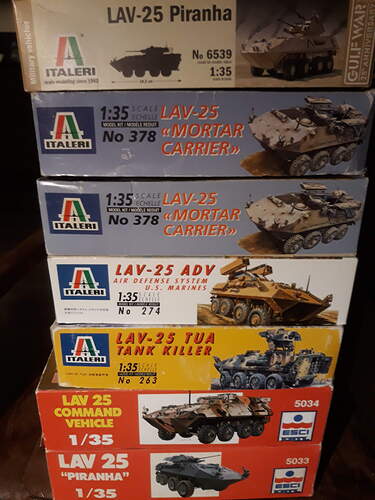 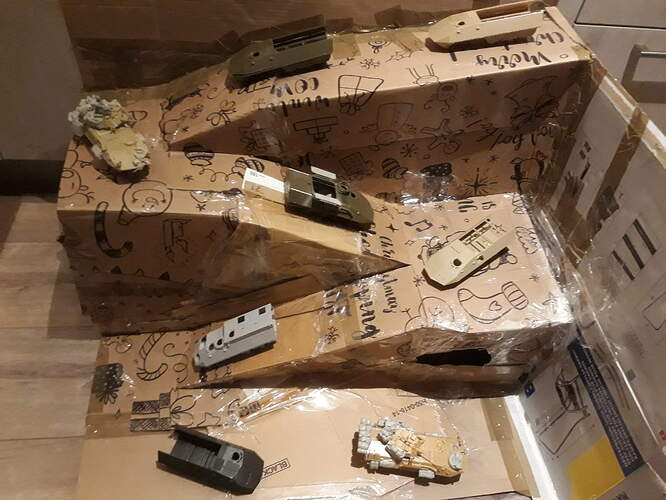 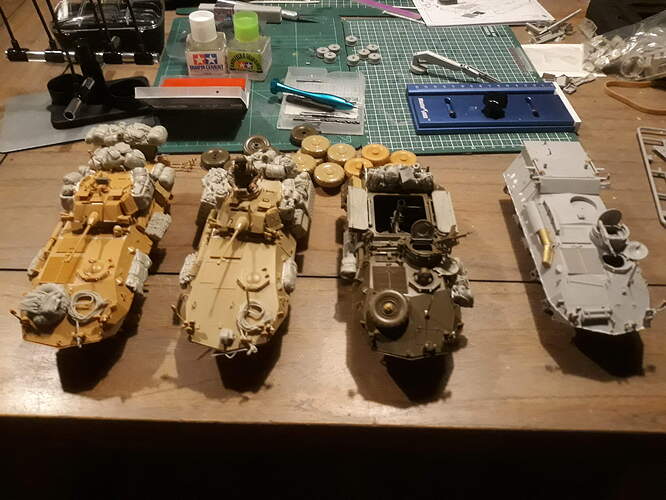 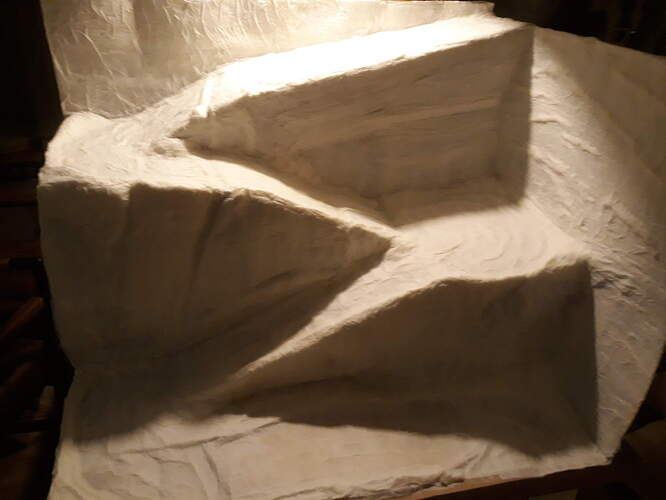 Cool ! Is that terrain based on a photo ?

Thanks, and the terrain is based on memories. Driving through Greece you will come across these kind of roads, and I think these roads will be found all over the middle east area.

This will be awesome when it’s all done! I remember roads like that in Bosnia. Lots of switchbacks and not much room.

Thanks! Yes, these roads can be found in any rugged mountain area, Alpes, Balkan, Afghanistan… just not in Holland…

If you haven’t already, you might want to do yourself a favor and think about investing in the Eduard PE set for the Recovery variant. God only knows why Trumpeter only included half the lifting sling and missed several other exterior details that the PE set will provide. I normally have a love/hate relationship with PE (I love to hate on it) but this is one case where it’s actually necessary. Also, depending on the time frame you’re going for my old platoon commander Jason Taylor has several photo sets on Prime Portal you might find useful.

Thanks for mentioning Prime Portal, didn’t know that site yet, some nie footage on LAV’s there. As for PE, I am using the stuff from Trumpeteer but not all of it, not everything ads value to the kit. Like parts that are 3D in plastic but more or less 2D in PE. Not to mention the fact that sometimes PE parts are so tiny no one will ever notice them on the model…

I have a question about painting the LAV’s. I find pictures on different sites (Prime Portal, Getty’s, a USMC Unversity PDF file, and many more sites) of LAV’s in different color schemes. Just sand color, sand/brown, sand/green/ green/brown/black… all used in Desert Storm / Desert Shield or in Iraq in general.
Can anyone clarify which colors would be best for the LAV’s for use in lets say Desert Storm? And I know my diorama should than be more desertlike…
For uniform of drivers and persons I was thinking of using the "chocolate chip’ colors, just because I like that color scheme. The figures I bought are probably not all of the correct period, but I am not to bothered by that.
I have also come across pictures of LAV’s with what looks like anti slip (http://data4.primeportal.net/apc/jeff_derosa/lav-25/images/lav-25_31_of_40.jpg ) but only on a few vehicles. Is this perhaps only applied on later versions?
And can anyone explain to me what that hook kind of a thing is on these picture ( http://data4.primeportal.net/apc/jeff_derosa/lav-25/images/lav-25_23_of_40.jpg) ? It is part of the models, but all brands (Esci, Italeri and Trumpeteer) have it upright, whilst I see it on some pictures lieing down. Should it be upright while driving?

Thanks in advance for helping me out.

This thread should help with the colors.

Lav-25 information that people think should be here Modern

Hi People Lav-25 information that people think should be here

Most in Operation Desert Storm (ODS, '90-'91) were in either sand or 3-color NATO camo (green/black/brown).

6-color (Chocolate Chip) DBDUs are correct for ODS as well.

The hook is a wire cutter. It is hinged, so it can be up or down. It is used to cut wires that are strung across a road to wound/kill crewmembers with their head sticking up out of the hatches. 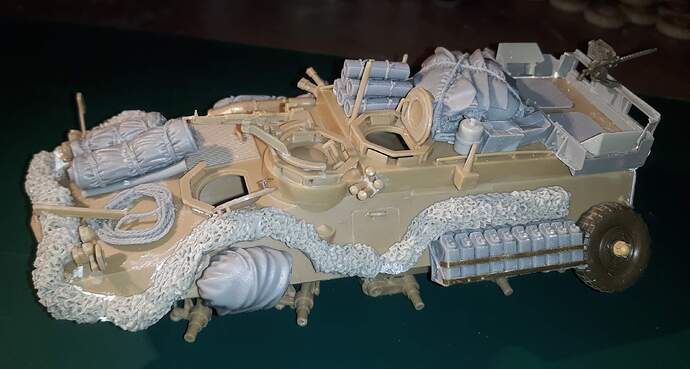 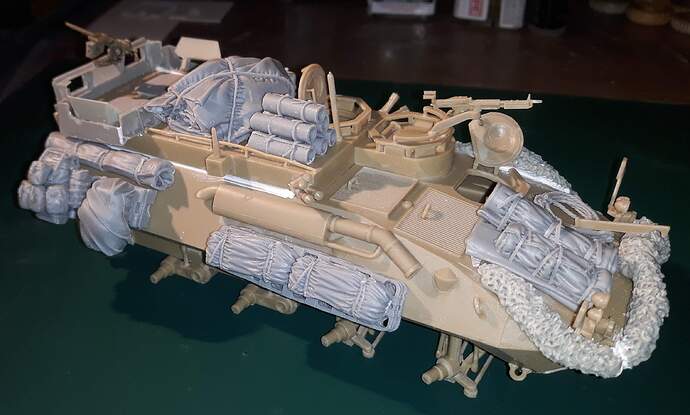 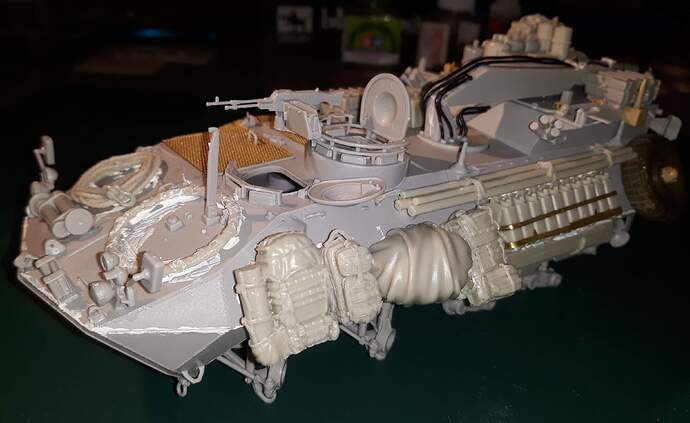 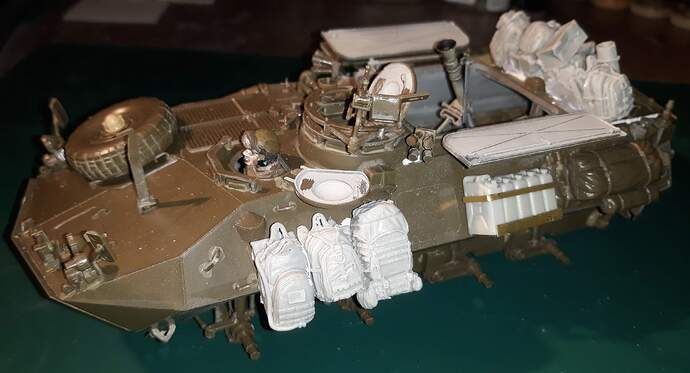 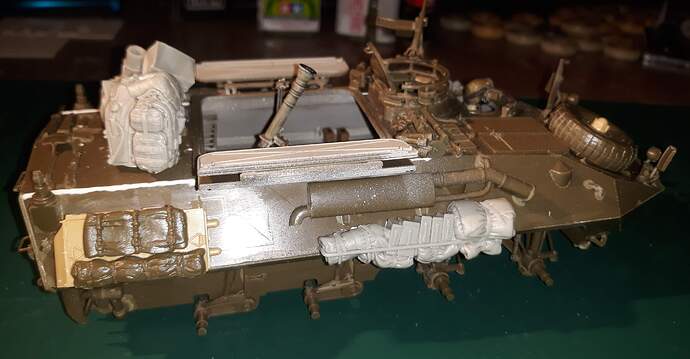 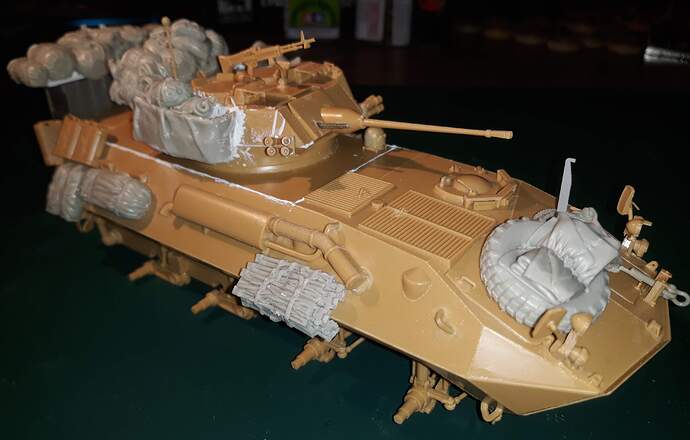 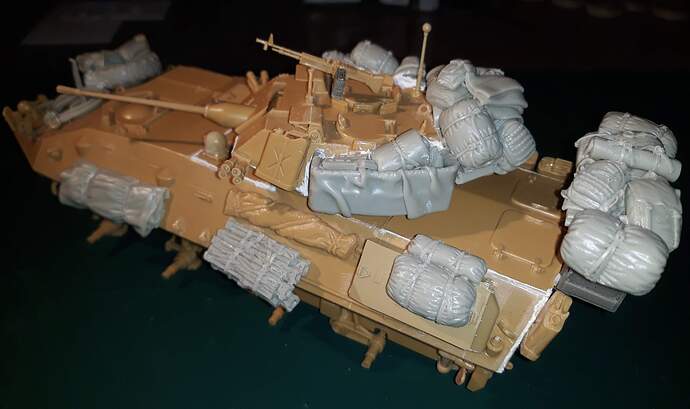 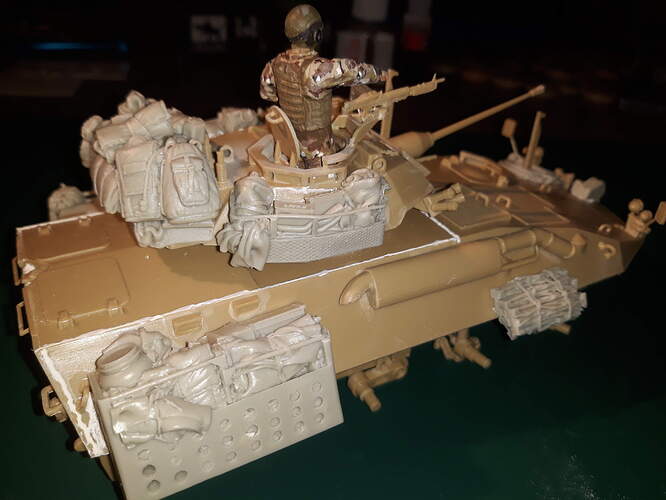 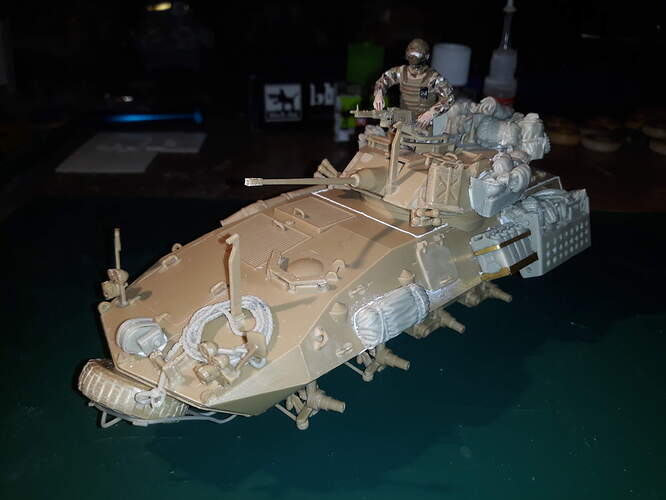 and I guess you will notice the difference between ESCI, Italeri and Trumpeteer… all stowage is by Black Dog, 5 sets in total, mixed up… Some LAV’s turning the corner, some driving straight ahead… 5 partly finished, 5 to go…

Those are looking good! Just a suggestion, but the 60’s should probably be all replaced with 240s, since those have been in use for better than 20 years now. And the Marines had been using M60E before then.

Thank you, but that would mean finding and buying those machineguns, so Ive simply used the ones that came with the kits.

Well built and I look forward to seeing the painting

That is understandable regarding replacement machine guns. Looks like your making rapid progress on all of these!