Rye Field released an image on their FB site, showing the new vehicle series to be released soon... 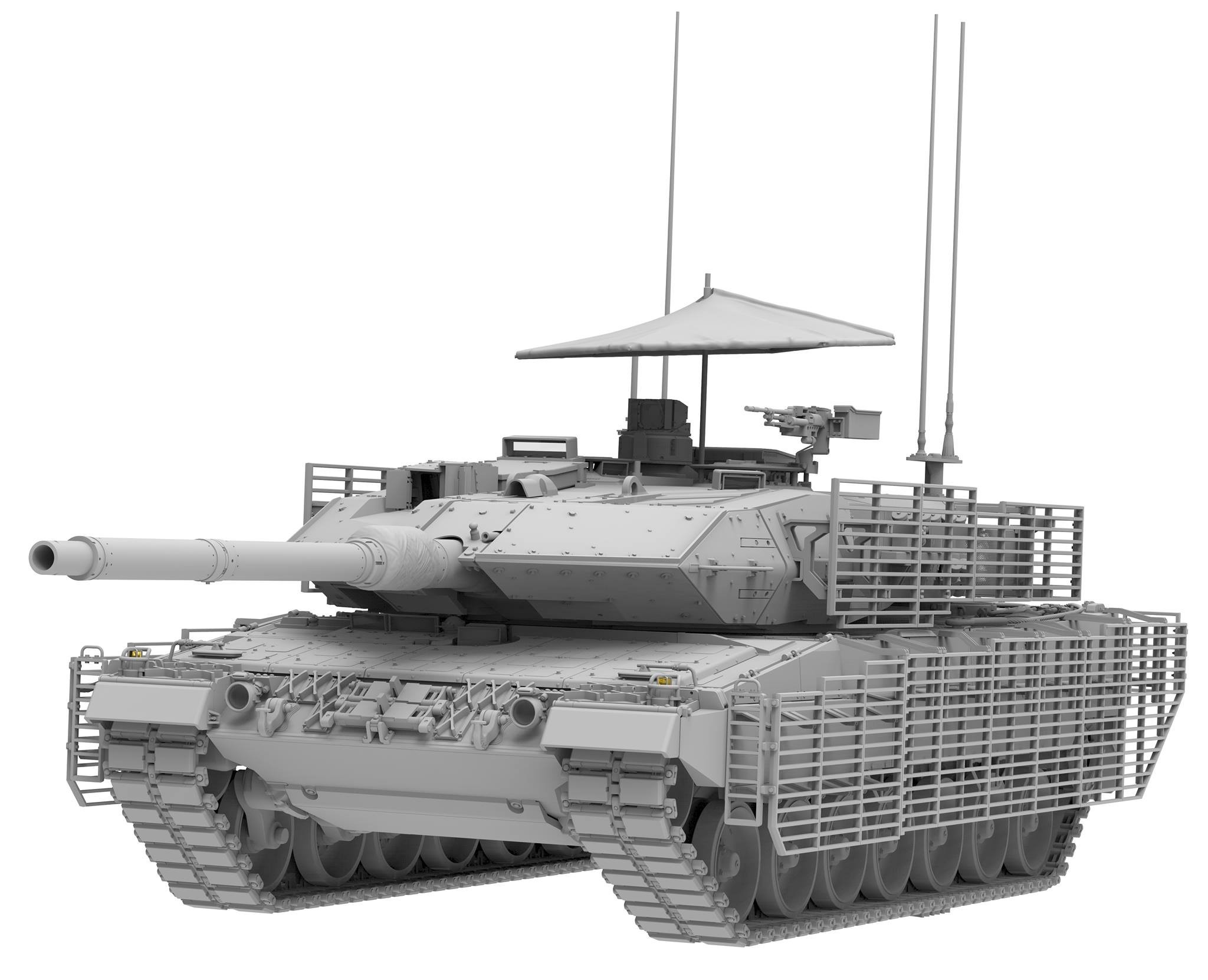 This is partial text from the full article (usually with photos) at https://armorama.com/news/leo-2-family-from-rye-field
3 Likes
Robin_Nilsson June 24, 2021, 9:37am #2

This could be really promising

Hmmm… full interior perhaps?? Keeping an eye on this one.

There are so many Leo2s that I’m thinking about… Swedish Strv and Canadian w barracuda would be my favorites.

and the specialist vehicles as well …

Just when I stopped buying kits because nothing else interesting was coming along this gets announced.

Looks like I will have to buy one more Leo kit

Leo 2’s get the Rye Field treatment? This is going to make a lot of people VERY happy!

That Leopard 2a6m CAN looks promising… But come on if you doing a Canadian kitty, please mold on the Barracuda!

Whelp! Looks like a Leo 2 is in my future builds

I put it on my wish list. You just can’t have enough Leos …

Bergepanzer BPz3 Büffel and / or Polish version as neither are currently available in plastic. Happy days. 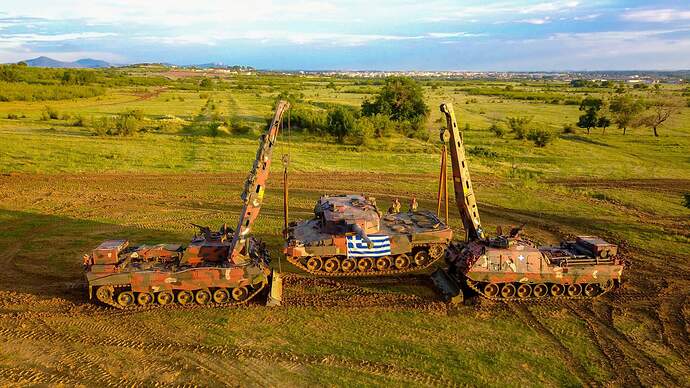 The tank would swing backwards with the velocity of 0.2 m/s
55 tons of tank firing a 7.3 kg projectile at 1600 m/s.
Other ammo types have heavier projectiles and a lower muzzle velocity.
I think we can safely assume that the tank will not swing faster than 0.5 m/s for any type of ammo

The Rheinmetall Rh-120 is a 120 mm smoothbore tank gun designed and produced by the West German Rheinmetall-DeTec AG company, developed in response to Soviet advances in armor technology and development of new armored threats. Production began in 1974, with the first version of the gun, known as the L/44 as it was 44 calibers long, used on the German Leopard 2 tank and soon produced under license for the American M1A1 Abrams and other tanks. The 120-millimeter (4.7 in) gun has a length of 5.28 me...

Hay Robin, is that allowing for a cross wind?

Also, further variant to include would be the Trophy APS version… But that may be too new.

Cross wind has not been considered.
A strong head wind might actually influence the tank more due to wind pressure against all those vertical surfaces …

Now, I wonder what would happen if the tank fired…

The tank would swing back, break/damage both boom arms and possibly some suspension arms/track when it lands. While not worth the cost, I would still like to see it and I agree with @Johnnych01 it would be a great looking diorama.

If we go for really big margins and assume that the speed given to the tank would be as high as 1 meter/second we get the total lift height of that pendulum to be 5 cm (1/5 inch)
This would give us a swing angle as arccos (765/770) = 6.5 degrees, the traveled distance before the tank starts swinging back would be 87 cm.
Going from nothing to 1000 mm/s would cause concussion and possibly other internal damages to the crew. Not gonna happen

I doubt that such a limited swing would cause things to topple or break.
The overestimation of going for 1 m/s is huge, the likely value is 0.2 m/s.
The calculation furthermore assumes that the force from pushing the projectile out of the barrel is translated directly to the tank without any dampening
“The gun’s recoil mechanism is composed of two hydraulic retarders and a hydropneumatic assembly.[4]”
I don’t know how much recoil force the dampers absorb but the dampers will sooner or later transfer the energy to the tank so I think the dampers can be more or less ignored.
If they take 20% of the recoil force away the total swing angle would go down to 0.1 degrees which is a 19% reduction in swing angle, basically from extremely close to nothing to 81% of extremely close to nothing. The swing distance would be reduced to 1.6 mm or 0.065 inches

Edited: I realised I made a fatal mistake in the original calculations, they have now been revised

I’m getting some nasty flashbacks to grade 12 physics here