After a bit of a break from modelling due to a lock of mojo, I finaly finished something again. A nice and simple Revell kit, and a very nice one too. I built Revell’s Leopard 1 before, but I wasn’t happy with the result back then so I wanted to try again. The kit builds up as a very nice early Leopard 1, but was unfortunately riddled with sink mars in very visible locations. Despite this, the built wasn’t too difficult. I decided to improve on the base kit by adding a detail set by LeopardWorkshop, along with some mantlet plugs; an must-have for any Leopard model! Decals were custom made to represent this Leopard of 43 Tank Bataljon “Huzaren van Sytzama”. I used Gelboliv late from the AK Interactive Real Color range, which is always a joy to work with. Weathering was kept to a minimum to represent a nice and clean vehicle. Because my reference picture showed the crew of the tank in their hatches, I wanted to add this to my model aswell. Unfortunately, my figure painting let me down so I decided to recruit the help of a friend, dutchscalewarrior030. He was able to paint the tank crew supplied by Dolp much better than I could ever have done, which meant I was able to finally complete the model the way I had envisioned. The last little detail was to add Saint George to the display base, the patron saint of the cavalry. I hope you like the final result! 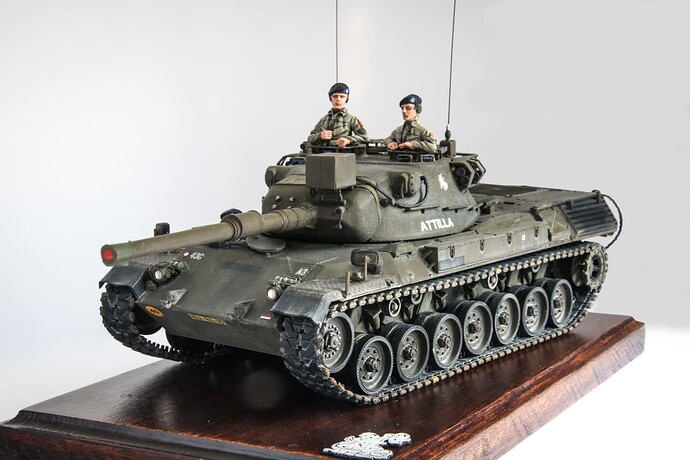 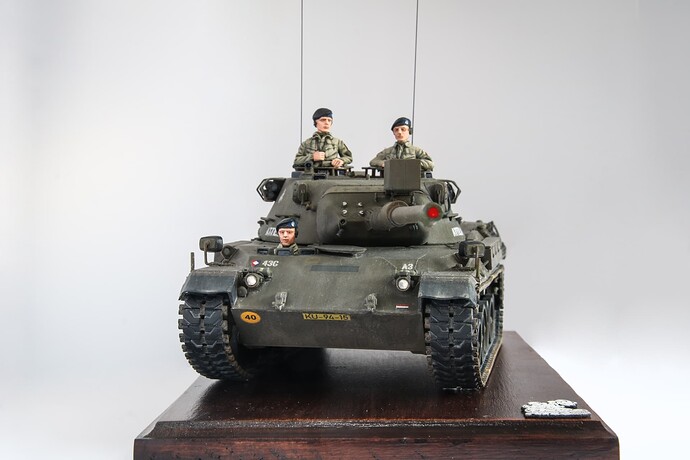 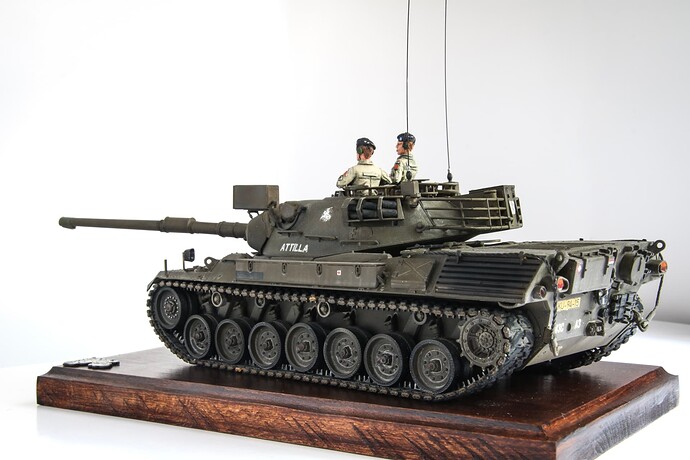 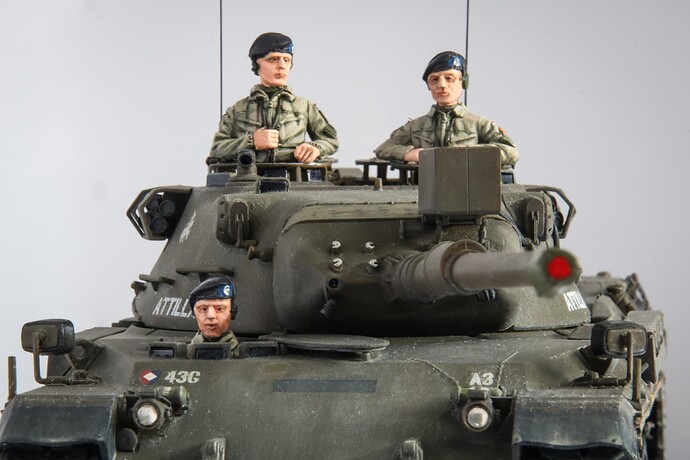 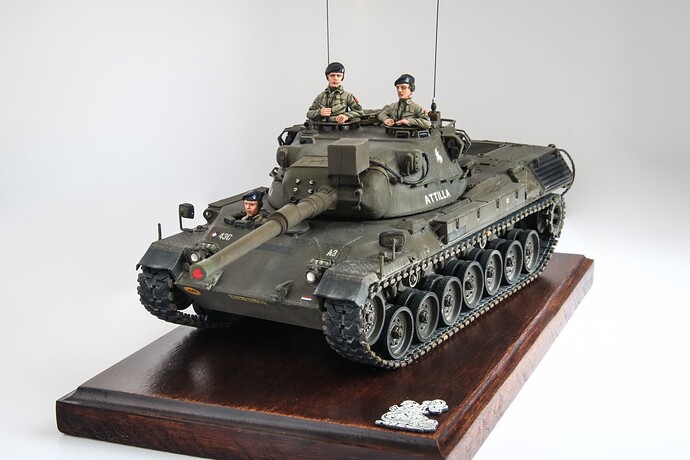 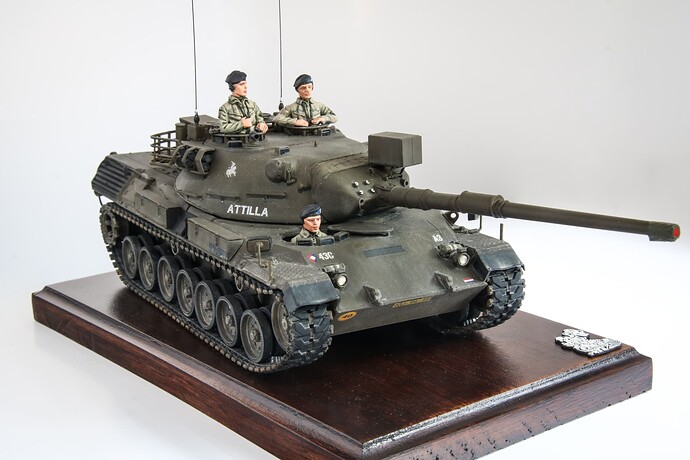 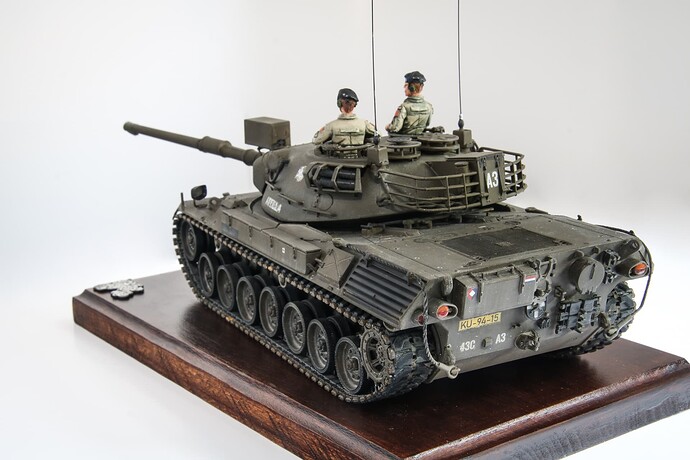 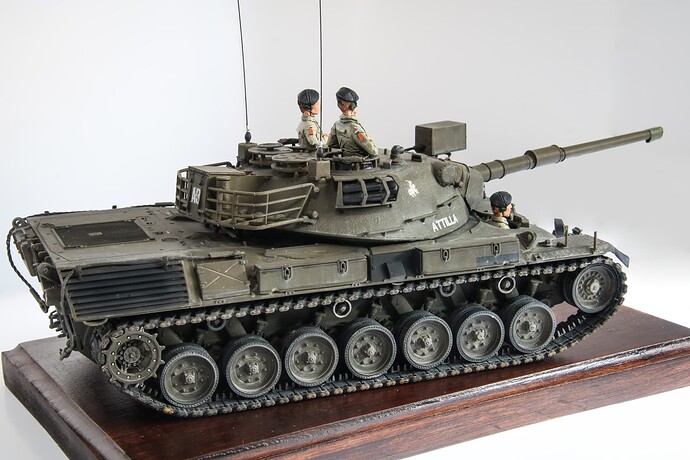 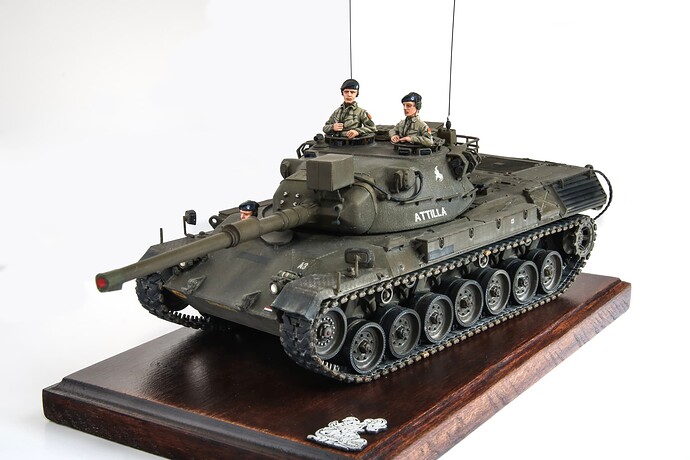 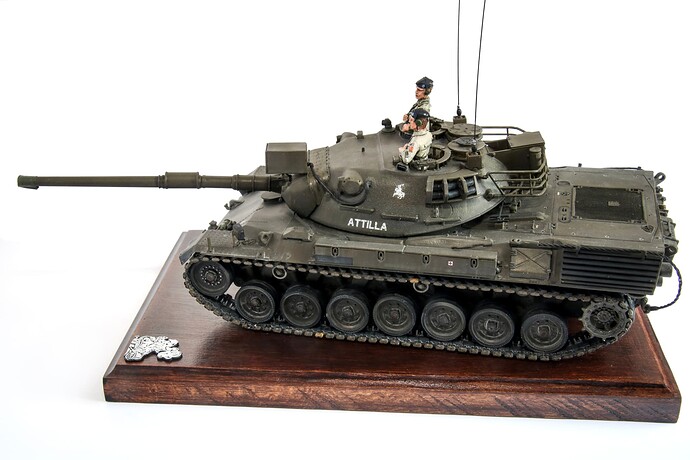 Simple but I like it. Nicely done. I like your figures faces. i would straighten the track on the right side where it meets the idler wheel. It has a sag that would not be there.

Jasper, a very nice build - and one which makes me recall those endless exercises of the 70s in Germany. I just wonder, and this is not criticism for its own sake, if the smoke dischargers should have been angled upwards a little more? Even so, if that is the case, it does not detract from the overall model.

I too use DOLP figures quite a bit and find them good value and almost essential for the period.

The sag is a case of a badly placed connection in the vinyl tracks, I’ll try to give it another go. Maybe it’s a simple fix.

The smoke grenade launchers are indeed a little too ‘flat’. It’s difficult to get the angle right on them, but as you say it doesn’t detract from the overal impression. The DOLP figures are a must have for this period of the Cold-War, and I was once again pleasantly surprised by the level of detail in the casting. Well worth the investment I would say.

Next up is a much more modern project, a scratchbuild Kodiak AEV in 1:35

For others who may be interested in the Dolp range:

I like Leopard1 in any declination
only a question:
do the front direction lights needs orange ?

No, they should be clear. I forgot to add that I see! 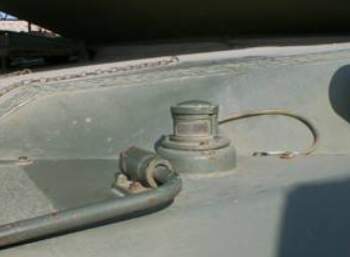 Opss…
i have to change all my direction lights…