Hello everybody, here are some pictures of my finished Leopard 2 A7+ from Meng.
It was a lot of fun to build, despite all the accessories. A large set of etched parts, an aluminum tube and other lights were installed, all from Voyager. Painted with Vallejo „German Umtarnfarben“, aged with AK colored pencils and finally sealed with Vallejo Matt Varnish.
In the end I treated myself to antennas from Leopard Shop, another significant upgrade.
And yes, I know it’s a prototype.
The leopard should not wear an Iron Cross and the “used look” does not necessarily have to be.
But I like it.

Let’s get to the pictures. 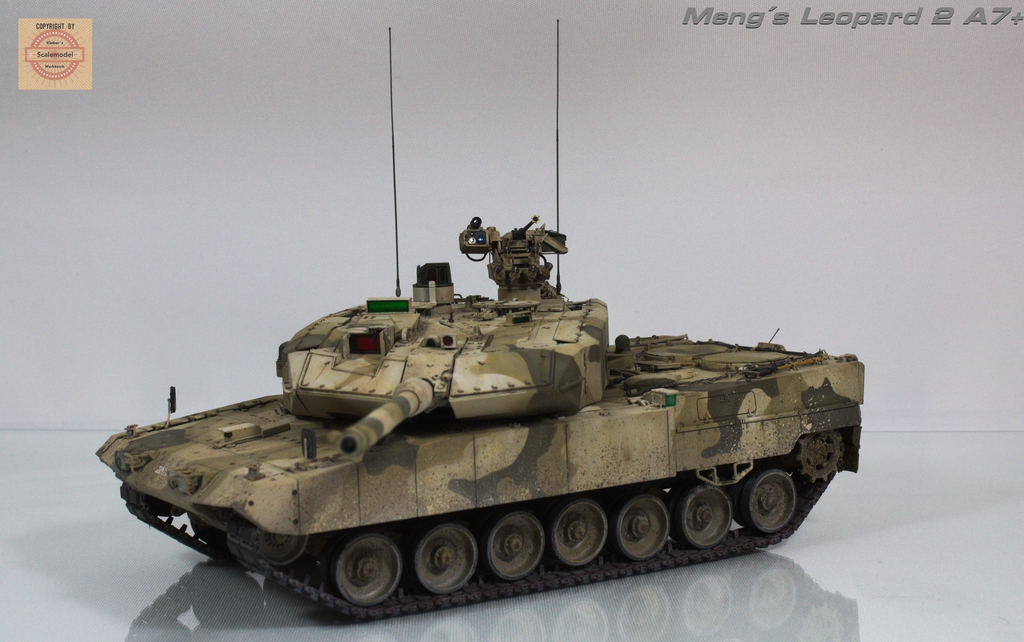 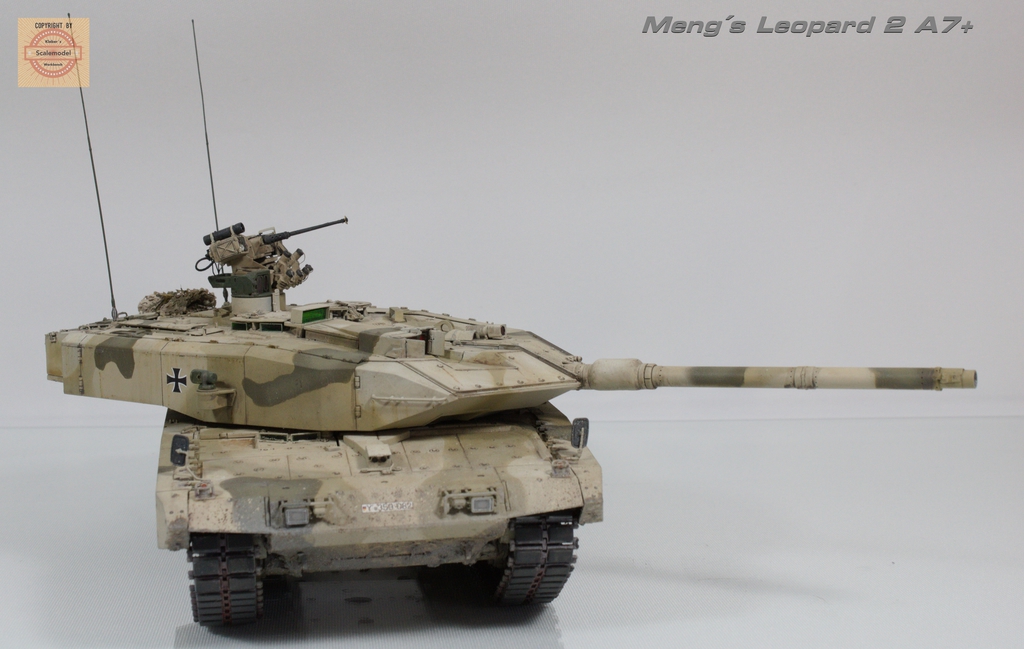 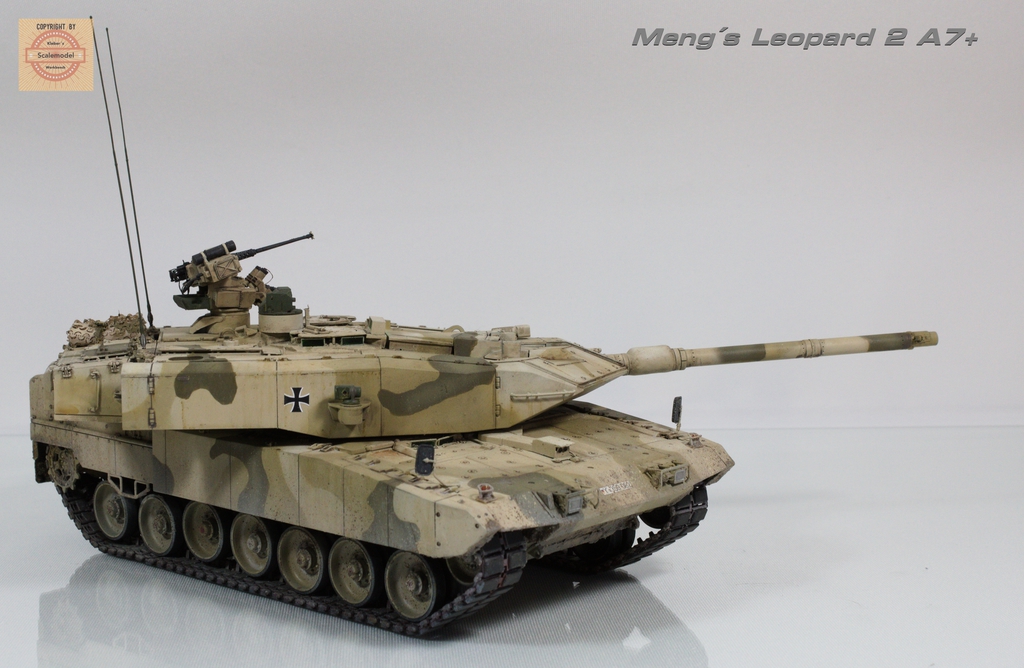 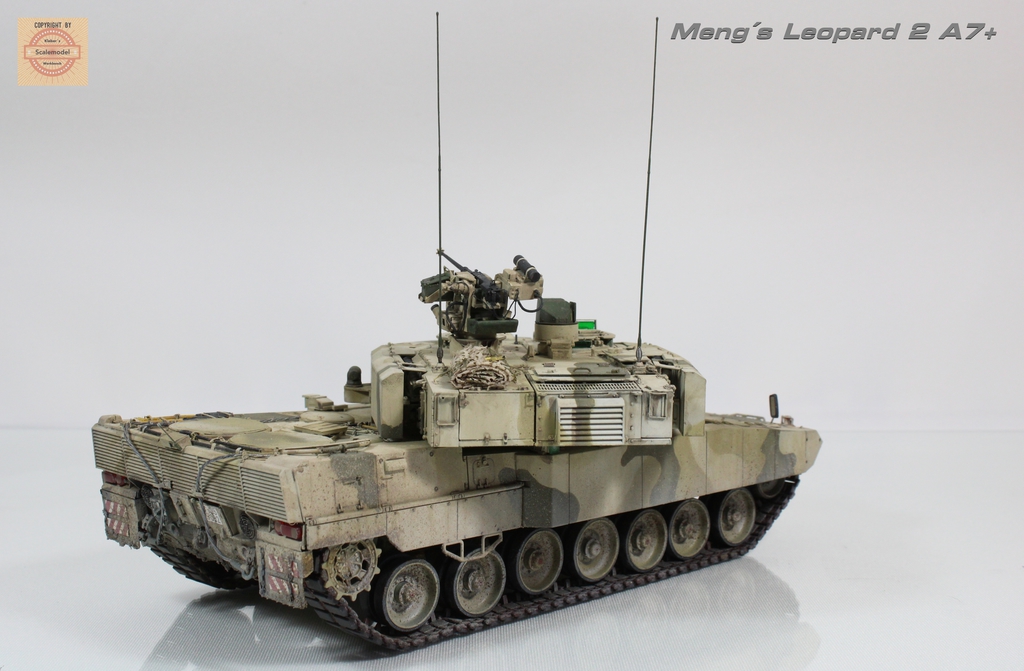 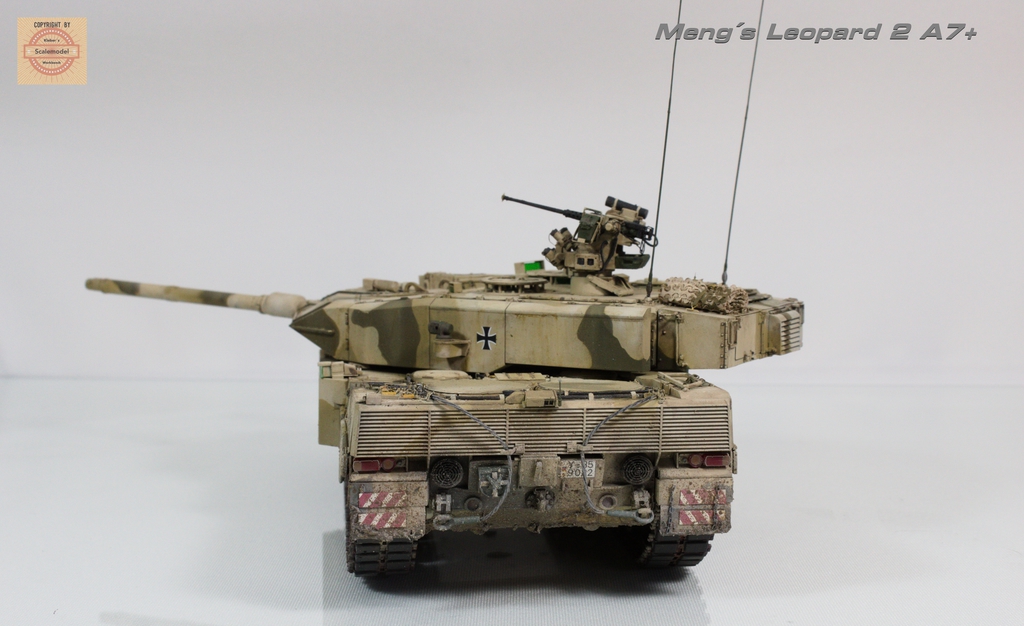 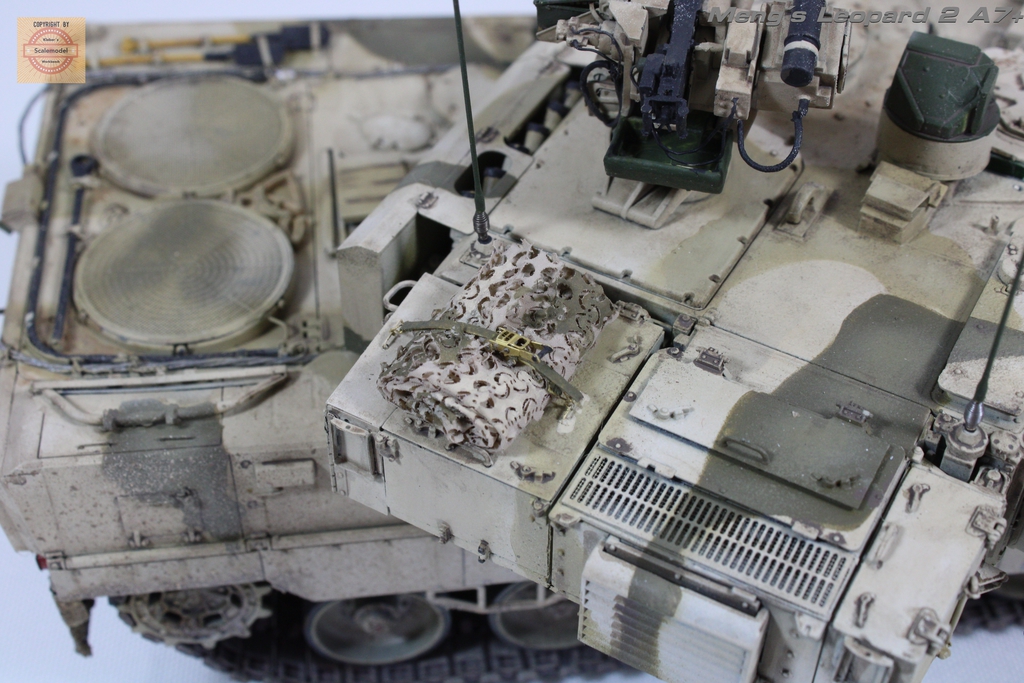 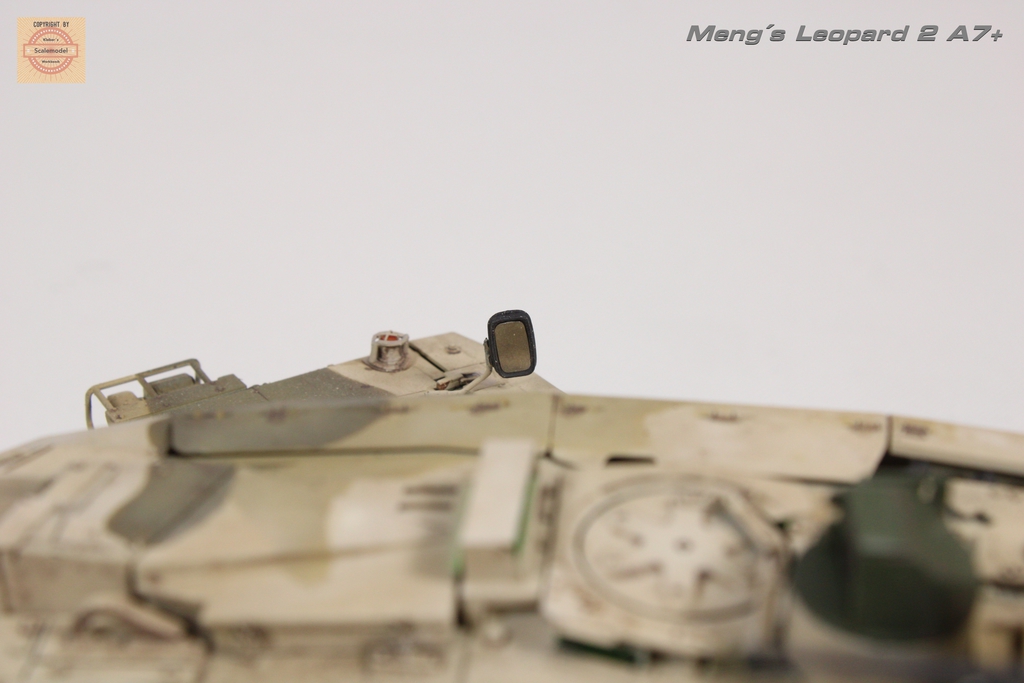 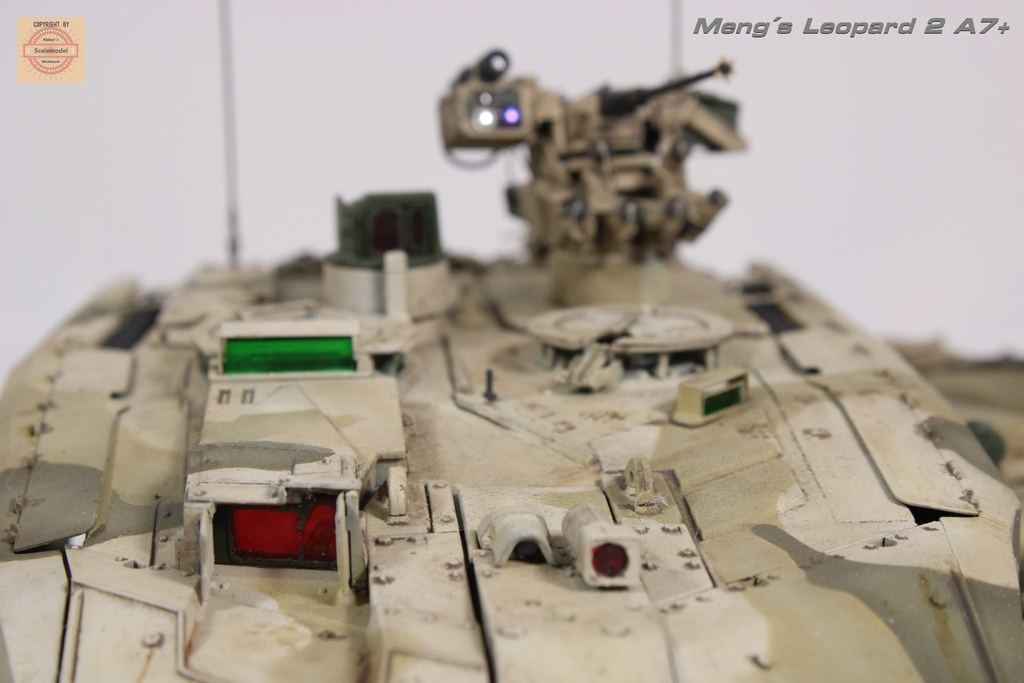 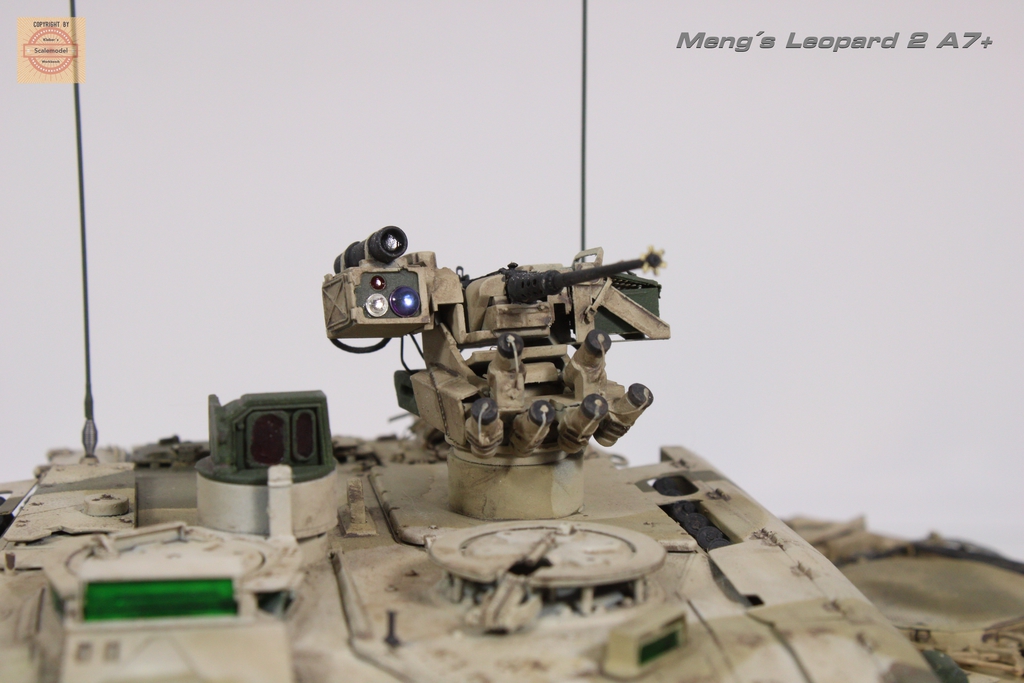 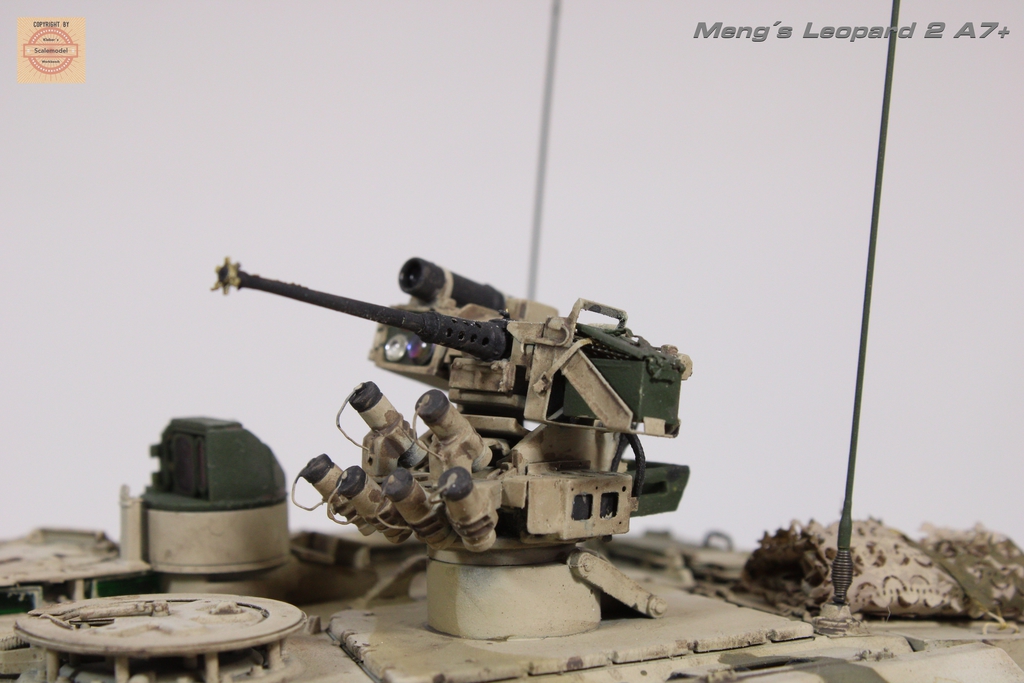 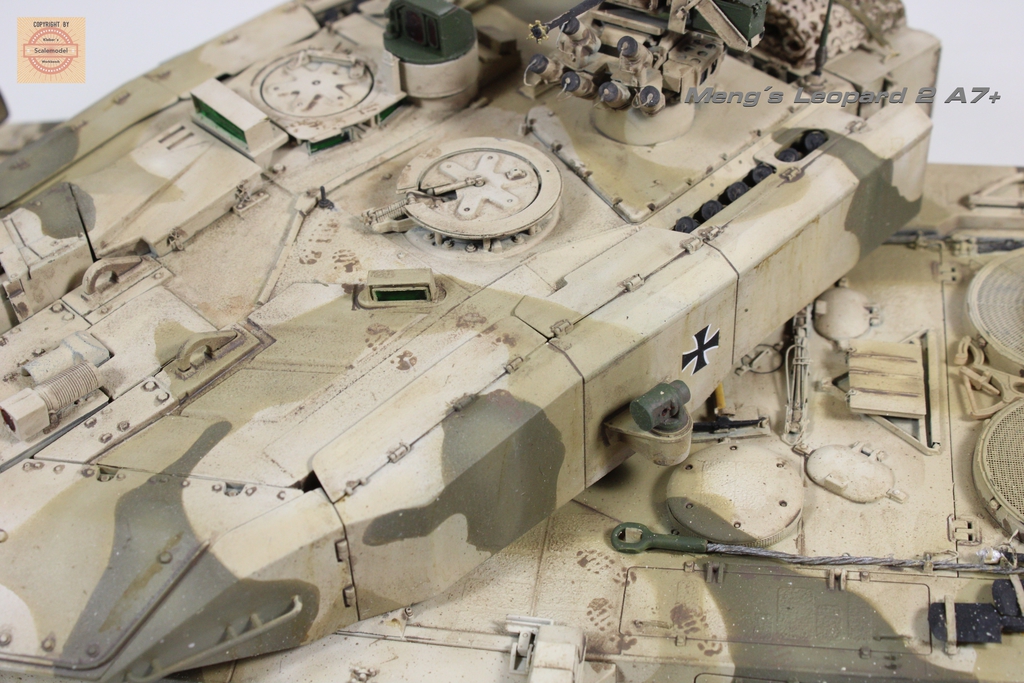 And yes, I know it’s a prototype.
The leopard should not wear an Iron Cross and the “used look” does not necessarily have to be.
But I like it.

Who cares! You got it right at the end, you like it. I also like it, a lot. I think your paint work and weathering is very well done. All the work you’ve put into it has paid off in spades.

Absolutely stunning. The paint and weathering are superb Roland, and a side question … Are the antennas to scale and if so, what size are the ones fitted to German MBTs ? They look like 3m whips ?

Very nice indeed. All the extra details look great. The camo is really well done and well done on the optics too!

A very finely finished big cat- it looks incredibly good in that camo. Fantastic detailing work too- the optics, chains on the smoke lauchers and the tied down camo net.

Great job on that Big Cat!!!love the paint work and weathering.

The antennas were from Leopard Club. I think its correct. I dont know the original size, but ist looks like more as 3m.

I found this on leopard workshop site John. Sorry it’s just a screenshot, can’t quite find the exact place it came from just now. Too long to fit into one of my cases!

Edit, found the product with details; 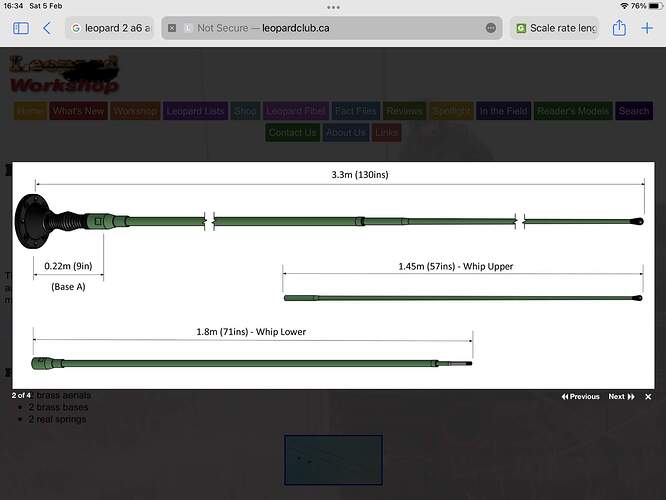 Thank you very much.

Great work. I did their original A7 in a snow camouflage. It was a fun build.

I do like a nice cat. You’ve prompted a thought I’ve often had about the cross… Would it actually be used in a real combat situation as it screams to me “AIM HERE”.