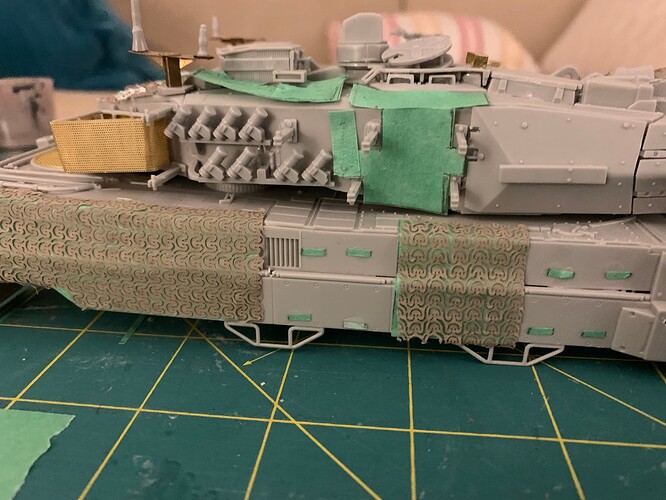 IMG_64471920×1440 218 KB
Here is my latest project - a Leopard 2A6M CAN with Barracuda Mobile Camouflage System (MCS). Rather than springing for the aftermarket conversion, I wanted to try my hand a home made version. This uses painters tape and AK Interactive Mimetic Netting. Here is an in-progress shot … 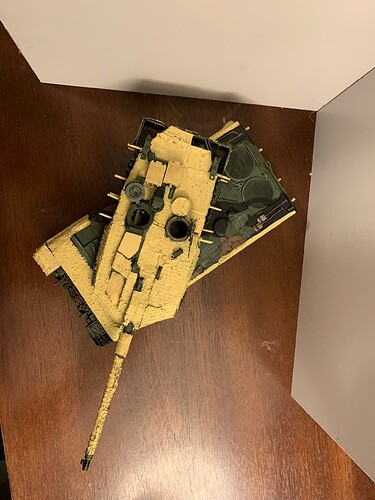 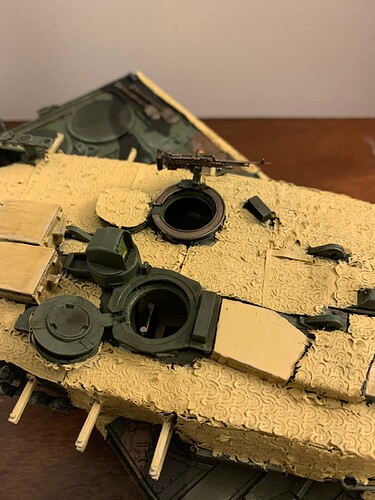 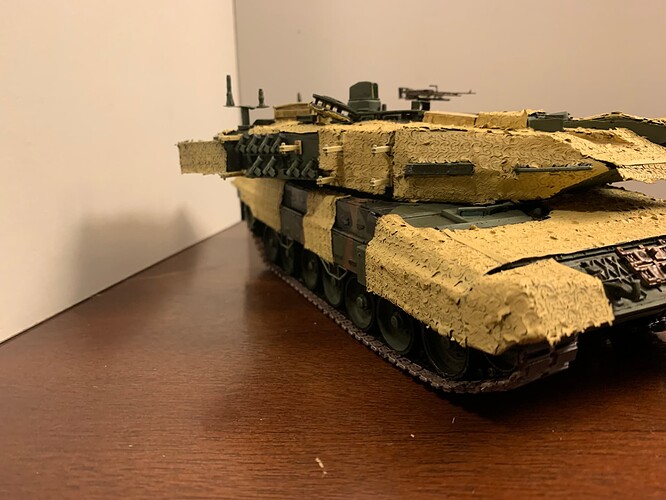 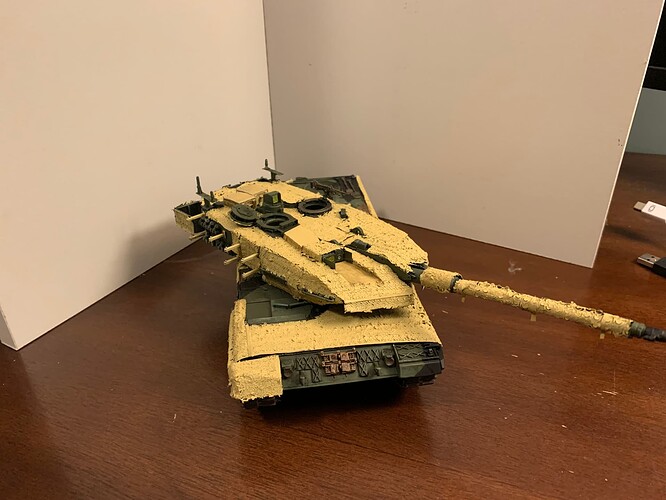 It looks nice. Perhaps you should have stretched the net sections a bit more so they don’t look too flat.

Great point Olivier - thank you … I think I managed to do that in parts, but you are right, some areas look quite flat. Slat armour is coming next and then into a diorama and we’ll see how it turns out.

maybe to ruffle it a bit with a toothbrush. Even if it gets torn in places, it happened to the real thing as well. Convincing technique so far.

Love it - I had not thought of a toothbrush … thank you! I’ll give it a shot.

It has been a while since I last updated and I do aplogize for the delay. Here are some shots of the Leopard 2A6M now with the slat armour applied. Also I’ve include shots of the crew commander and gunner. Boots need some touch up, but I think they will add a nice sense of scale. Next step is the stowage, weathering, and a simple diorama. 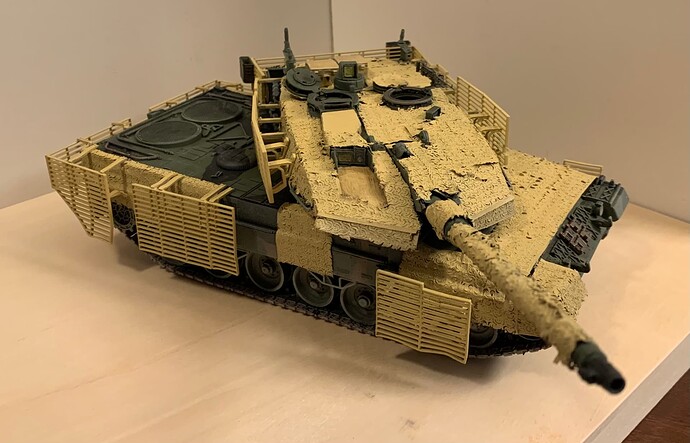 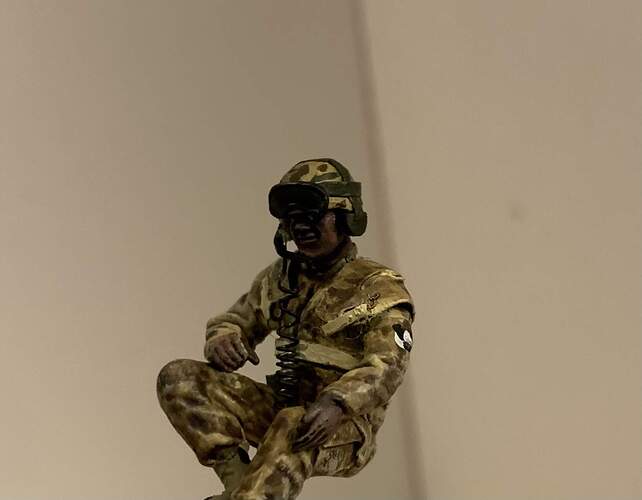 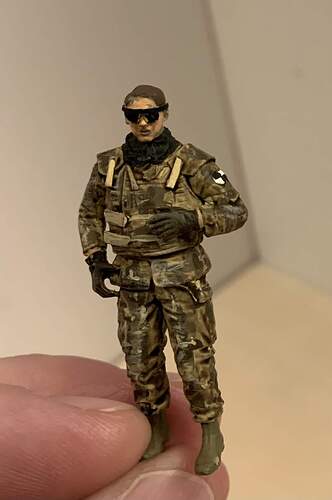 Nice update…keep in mind before you finish that you have mixed up the commander’s and loader’s hatches.

Yikes … yup I did … thanks for the catch! From the photos, they both lie flat correct?

This is a fantastic looking tank! Awesome work on the barracuda, I think it looks the part. Great figures too!

Thanks! I find figures are tough and the CADPAT even more so … always looking to get better!

Here is the 95% solution … all that is left is a final dusting and getting into a simple diorama. The hatches are swapped as per Jason’s observation (thanks!). 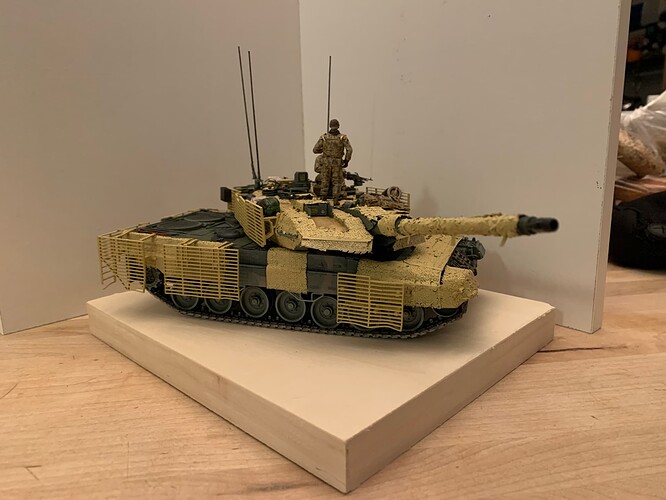 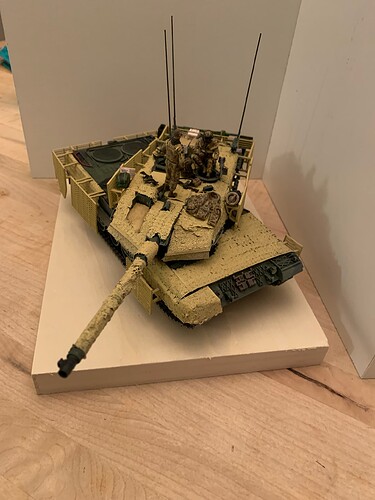 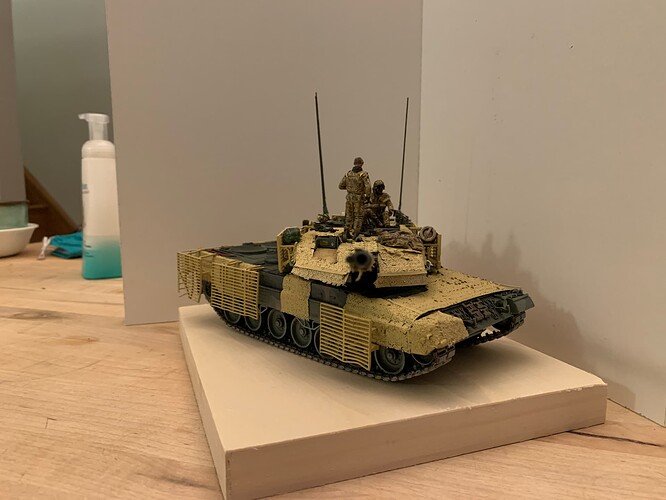 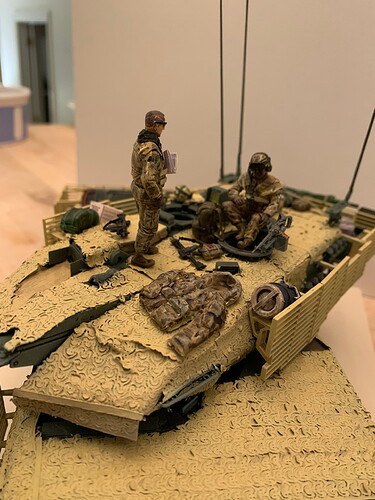 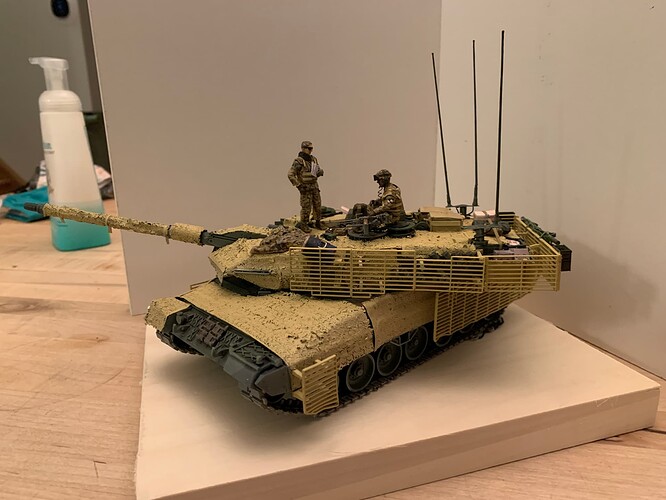 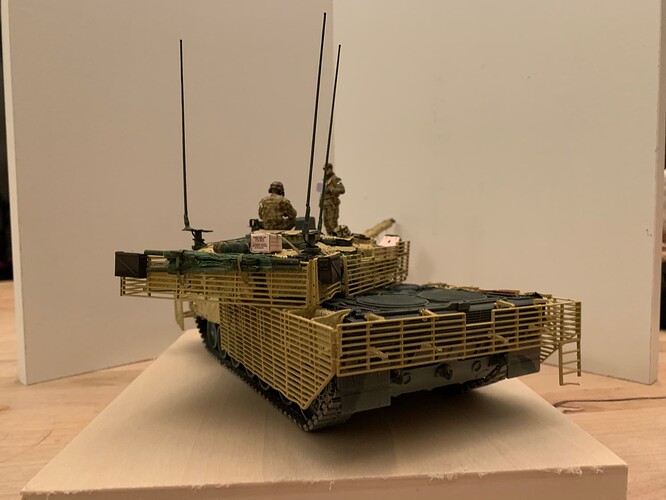 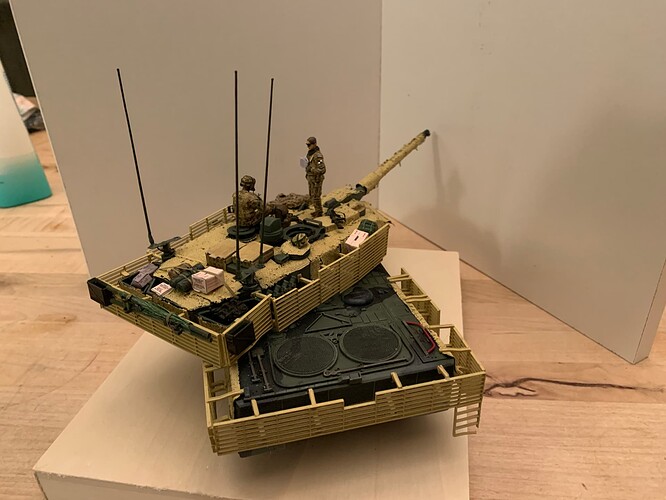 Here it is! All finished and based. The base is built up with cork (scrap hotplates that we recently replaced) and then covered in layers of PVA glue-soaked toilette paper. Wood filler added and sanded for the sides and dirt, crackle and pastels for the texture followed by washing and dry brushing. The tank was dusted with an buff through an airbrush and liberal pastels dust to complete the weathering. 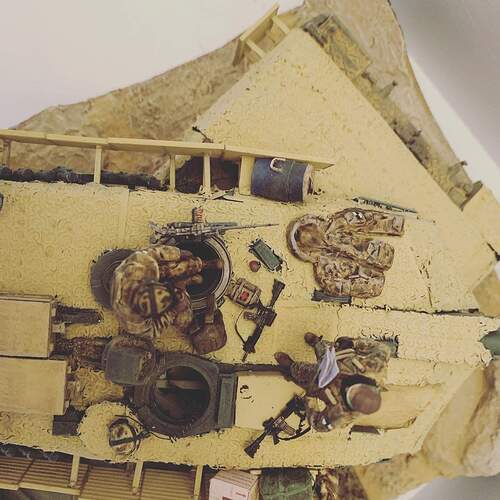 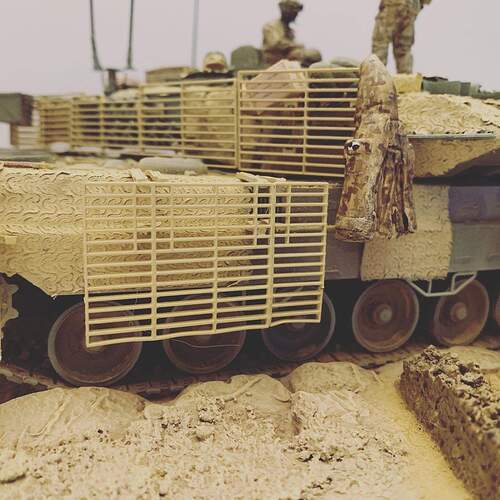 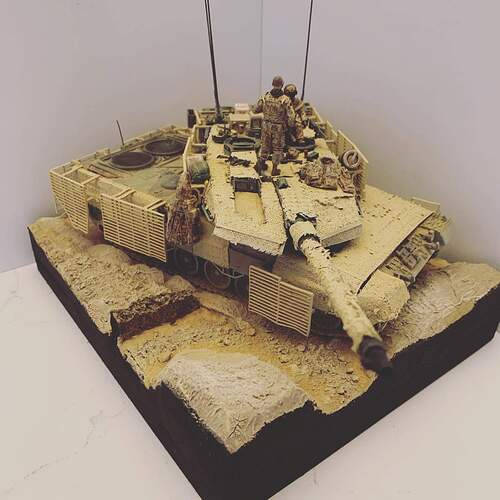 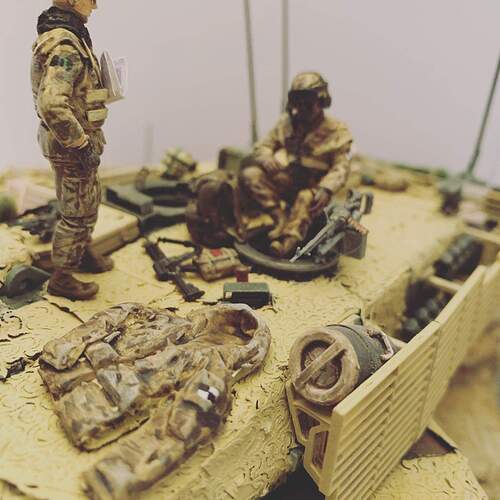 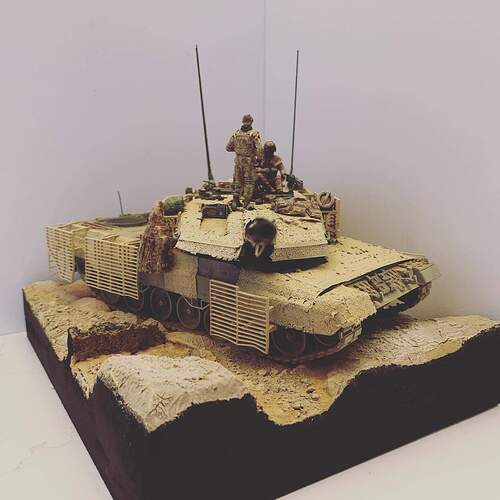 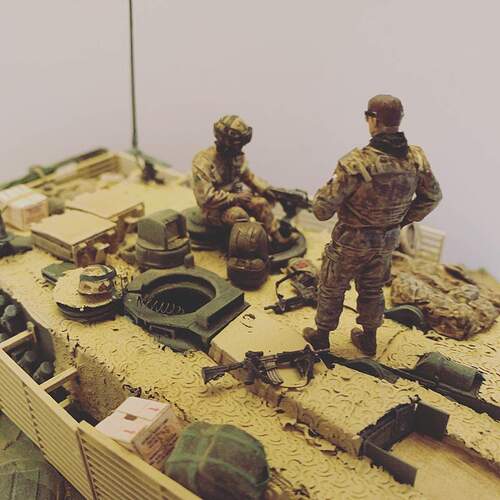 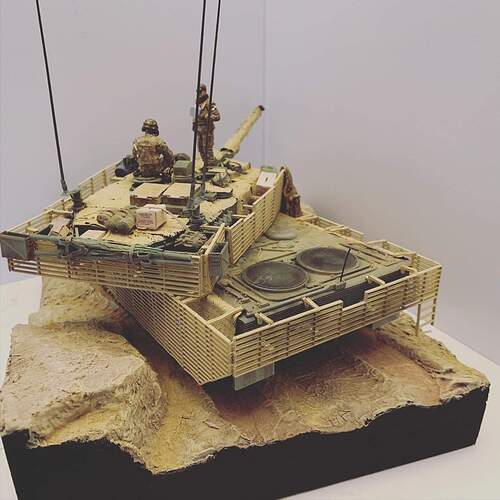 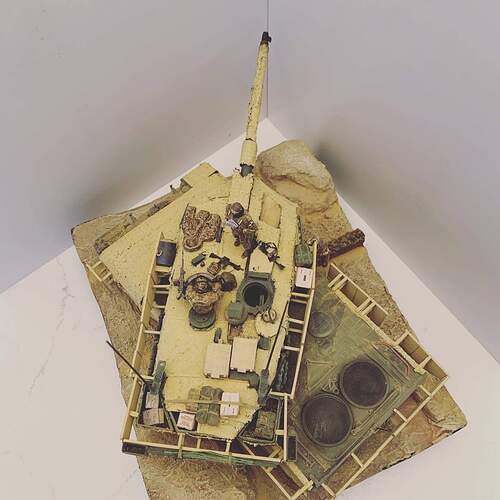 That looks awesome!
Really nice to see someone making the Barracuda themselves.

Thanks for the kind words. It was tedious, but I was able to customize much more easily and it was waaay cheaper. The biggest expense was getting a sheet of AK Interactive Mimetic Net. The rest was just time … and a sharp knife.