I have Panzerwrecks wonderful book on the Sturmtiger, as below. I also have an RFM 35th kit, and am trying to decide on a build…… there’s a photo and a rendering in the book which looks intriguing, termed the “Lichtentanne Sturmtiger”.

However the author indicates that little is known of this vehicle.

Anyone got any intel on this particular vehicle?

Looks to me to have these features:

Any thoughts observations or otherwise most welcome! 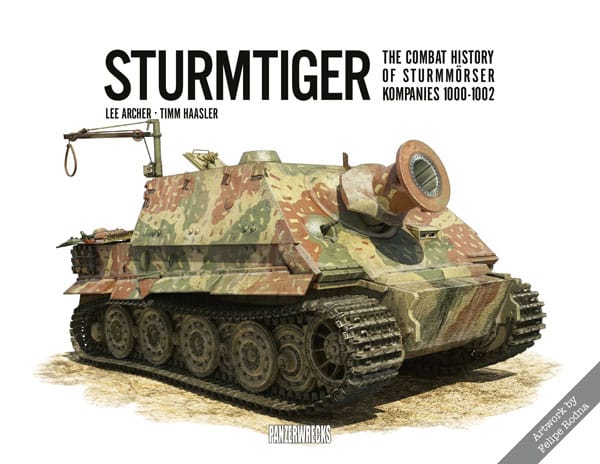 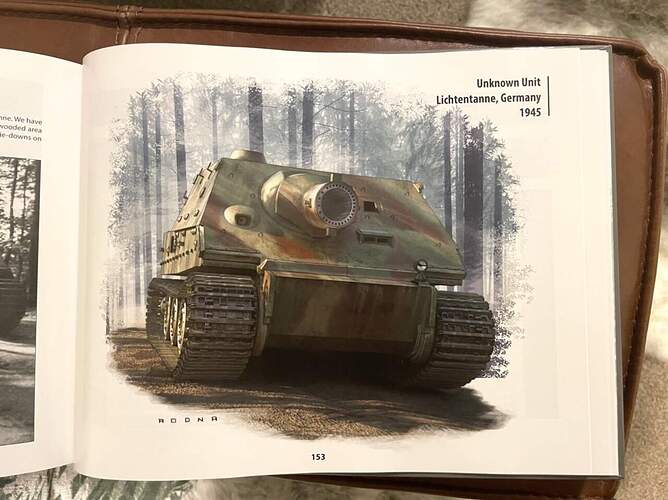 As far as lack of Zimmerit goes, Sturmtigers were built from damaged tanks recovered on the battlefield. Lots of earlier production Tiger l’s lacked Zimmerit and when damaged ones were returned for conversion to Sturmtiger, Zimmerit was not applied. Zimmerit was out of favor, anyway, when this work was done. Any mid - to late- Tigers retained any Zimmerit they already had. Therefore, there is a variety of Sturmtigers, of different production schedules, with, or without Zimmerit, and with different styles of gun barrel, and differing superstructure details. Good info here: Sturmpanzer VI, 38cm RW61 auf Sturmmörser Tiger ‘Sturmtiger’ - Tanks Encyclopedia

As Lichtentanne is a location in Saxony, Germany, the name is probably only used in reference to this particular vehicle because it was found/recovered there. There was less than 20 vehicles (around 18) in total, and were usually only available singly, or in pairs, so were fairly rare. When they were found by Allied forces they were usually referenced to the nearby location.

One detail I notice in the artwork of this vehicle are the 29 gas-openings on the muzzle. According to Tankpower 16, there were 4 main types of gas-openings; 20, 30, 31, and 40, but 29 is not listed. Either this is an unusual type of projector, or an oversight by the artist.

Great observation @paska . I suspect it’s just an educated guess by the artist, the original photo that the artwork is derived from is very unclear, see below snippet. More than likely it’s actually one of the configurations you have mentioned. 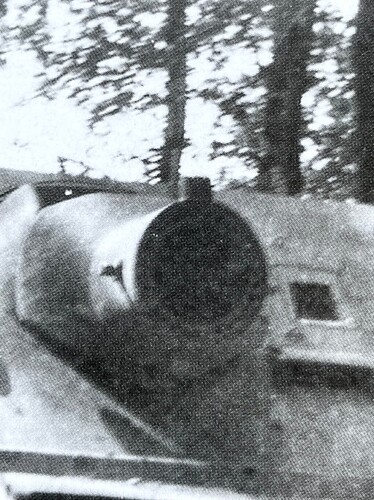 Not an answer, I do have a question about the book, are there more images of the topless Sturmmorser than that shown on page 87? Thank you & hello from Whangarei

Hi @Newtonk, that photo on page 87 is one of a series of 10 full page photos of the same vehicle, taken of a captured vehicle transferred to Britain. But it is the only ‘topless’ one in the series, and indeed the entire book.

Not so easy. Apparently there are quite a few missing pieces of information. For what its worth, these are some of the serial numbers of the 18 vehicles. If anyone has anything to add, or corrections… I would be greatly appreciative!

These are the serial numbers that are supposedly known:

From photos I have been looking at, there appear to be a lot of differences between the 18 vehicles, partly due to being built on old Tiger chassis, which have differences in themselves, and then there are also a number of differences in how the 18 units were built as well.

A question for the Tiger experts among us. One way to try and help differentiate the different Sturmtigers, and possibly help assign serial numbers to photos could be by the fifference in the front tow hook area.

See the two images below, one shows a notch above the tow point, one without a notch. Is there a distinct point in time where this change was introduced on Tiger chassis production? 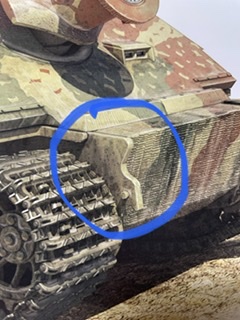 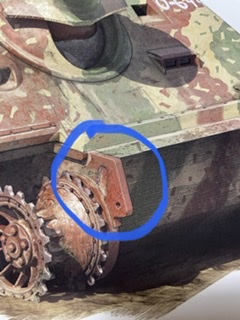 According to Jentz & Doyle the notched type (your top photo) started from January 44.

Seeing as how they were selecting Tiger hulls at random (as long as they were still usable!), they could have had an early, medium, and late hulls in one conversion batch, or block. If so, there would be hulls with, and without, Zimmerit, dished wheels, flat wheels, and other detail differences within the same block. There may also have been differences between the gun barrels used, as there were not that many to choose from, and several differences between them. Trying to determine the production number of a random or unknown Sturmtiger may prove impossible. Good luck!