Looking At The Dragon M103 Tanks

If my eyes don’t deceive me, the Dragon M103 tanks actually resemble M48 tanks with a bigger turret. Was that really the case with these vehicles, or did Dragon goof? I even looked up the instructions on Scalemates and I swear the hull assembly directions are the same as that of the M48 tank kits.

Yes is the answer. The M103 looks like an M48 on steroids. And yes Dragon made some goofs.

The M103 WAS essentially a giant M48. It was the 120mm gun heavy counter part to the medium 90mm M48, designed to provide heavy tank overwatch for lighter tanks and to counter the T-10s in the USSR.

The Dragon kit isnt horrible, especially with an aftermarket mantle. 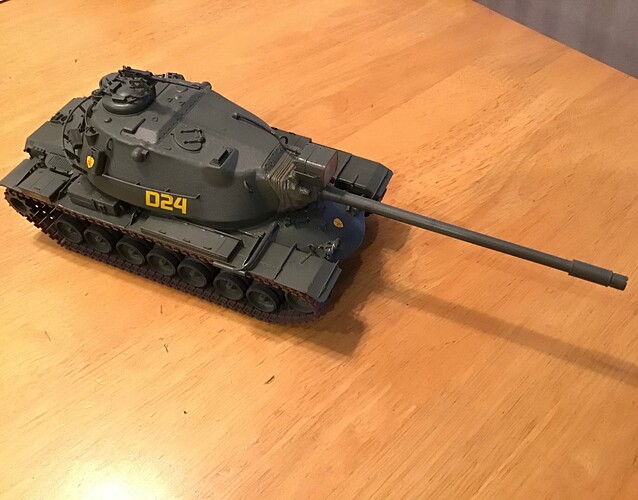 (Note to self: I pad pictures suck.) for

The M103A2 kit from Dragon is quite good. The only real issues are that it lacks a mantlet cover (pretty much unforgivable these days, but not uncommon in the “old days”) & either lacks the IR spotlight, or if it came with one, it was undersized like the one in the M60 & M48 kits. I built mine a long time ago, & IIRC salvaged an IR spotlight from an Academy M48A5 kit (which is very similar to the Tamiya item in the M48A3).

I understand the earlier versions have more problems, especially in the engine deck area.

Aftermarket barrels and mantlet covers are available. Thanks for the info.

When it first came out, Pawel Krupowicz (“Vodnik”) did an epic build log here on Armorama, fixing all the kit’s problems, which ran about a year. It’s archived somewhere, but there doesn’t appear to be a search function. Fortunately, he has posted a tweaks list on his website. Vodnik's M103A1 kit information page
Up to you which problems you consider worth fixing, The biggest problem is that the turret ring is way too far forward, so much so that Dragon shortened the gun barrel to conceal their mistake. Dragon fixed the turret roof on the M103A2 kit, but the mantlet is still undersize.

I believe it is DEF that does a replacement mantlet. I remember on my build the instructions tell you to thicken up the cheek pieces around the mantlet with plastic card, in order to get the right width. If you invest in this & pick up a searchlight someplace, you’ll have a reasonably good M103A2. Note that a turned metal barrel is incompatible with the DEF mantlet, unless you are into cutting metal. I just used the plastic barrel, which was easier & reasonably accurate with decent research.

I decided to go for the M103A2, with Camp Pendleton in mind. I decided the M48A1 might be too old while the M48A3 Model B might be rather new.

The Tank Museum in Danville Virginia USA has an M103 (sans power pack). Paid the extra tour money and got to climb inside her (as well as a Panzer IV, a T34-85 and an M60A2). It really is an M48 on steroids; that turret is massive. I didn’t have time to take many pictures (next time I go!) but it was a blast.

Liked mine, there were some issues, but turned out fine. 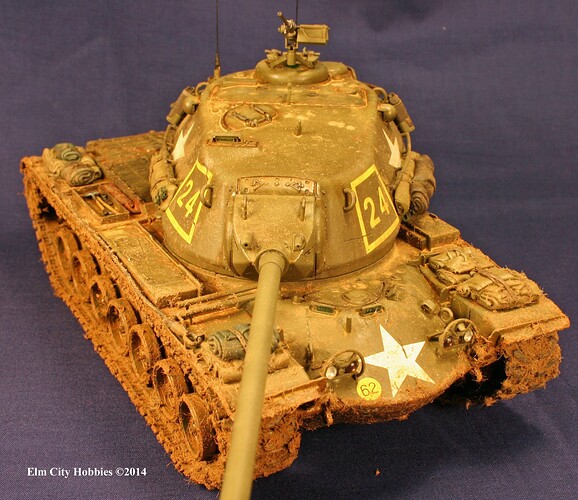 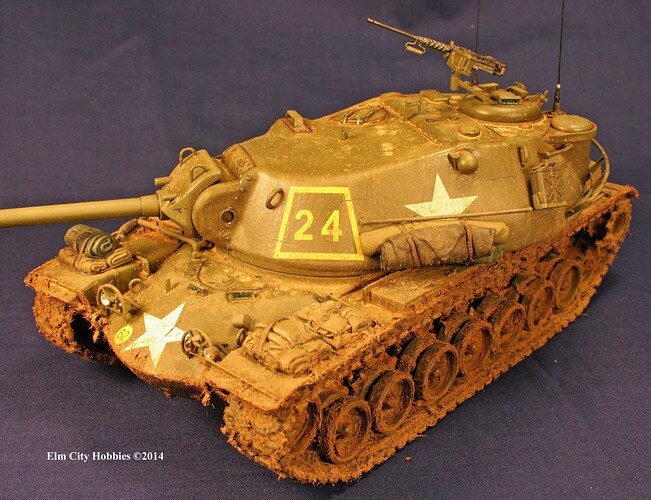 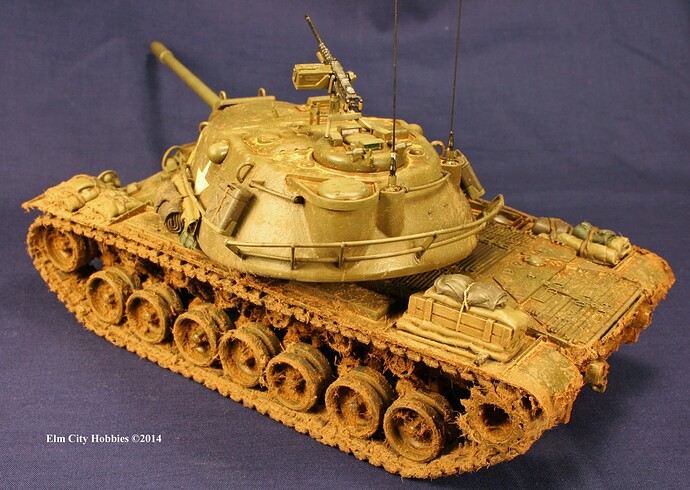 Looking at YouTube, I saw an M103A2 being demonstrated by the Bovington Tank Museum. Any records of them being on actual maneuvers? 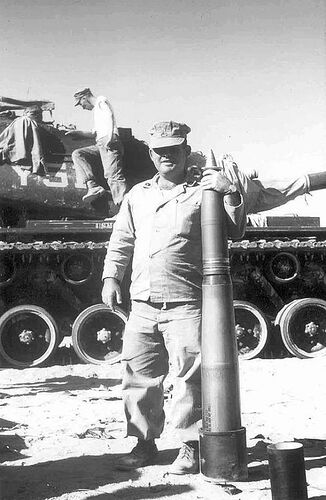 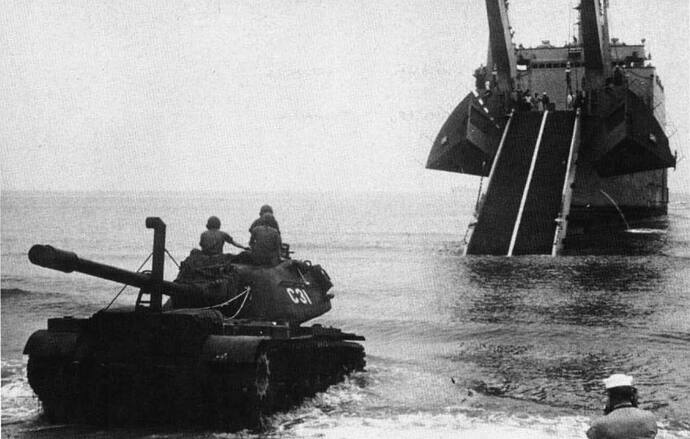 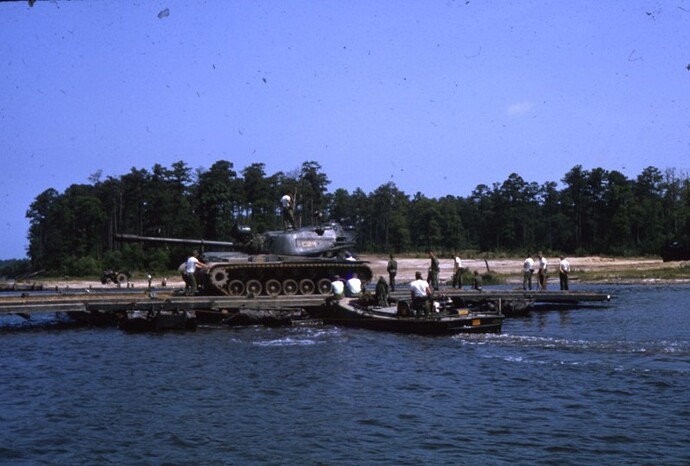 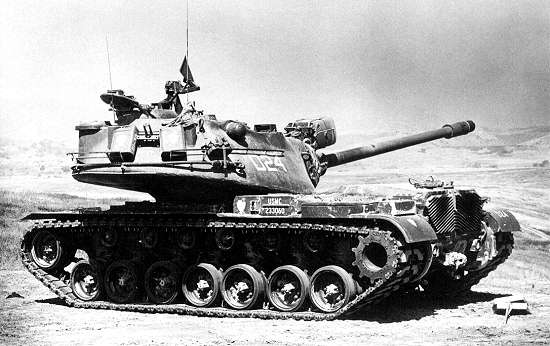 Everyone has it backwards. The T43/M103 was designed first. The M48 is actually a scaled-down T43. Same designer and everything. It’s referenced on page 83 of Hunnicut’s Patton, if there’s any doubt. Dragon’s M103 is heavily based on their M48 molds, because why wouldn’t you economize? That said, the M103s are terrible from an accuracy standpoint. They don’t measure out right, the shapes are off, and the gun barrels are ridiculously under diametered. I built one years ago a little after Pawel Krupowicz had done his and shown the way. It was the most correcting i ever did on a kit, and i’ll never do it again. Anyone falling over themself to call me a rivet counter can save it. I heard it all years ago. To each their own. 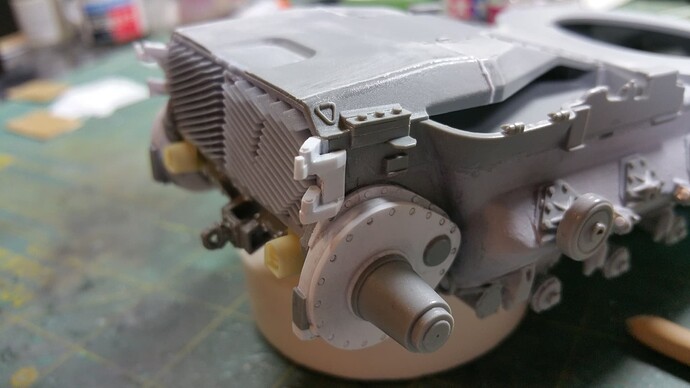 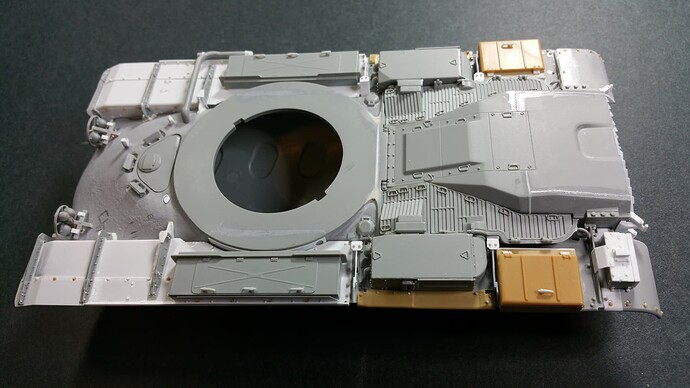 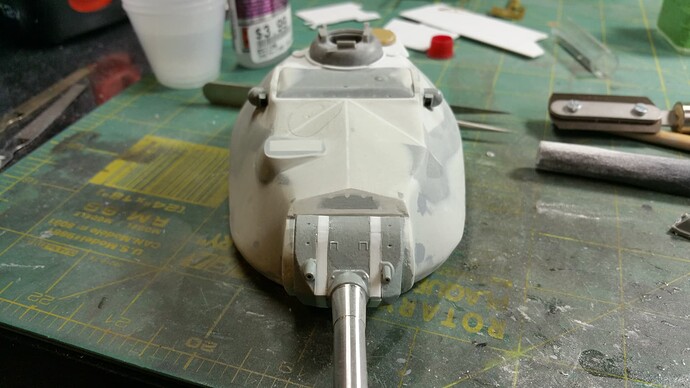 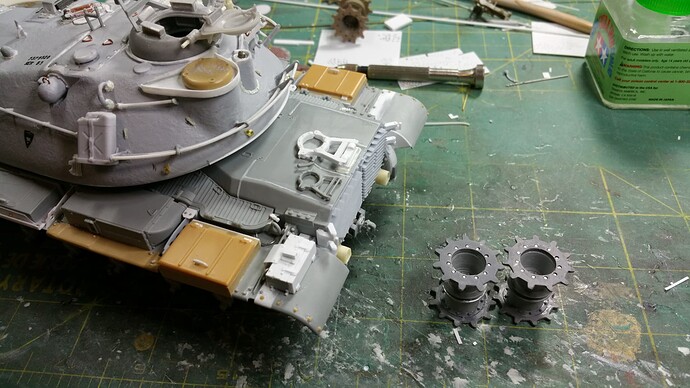 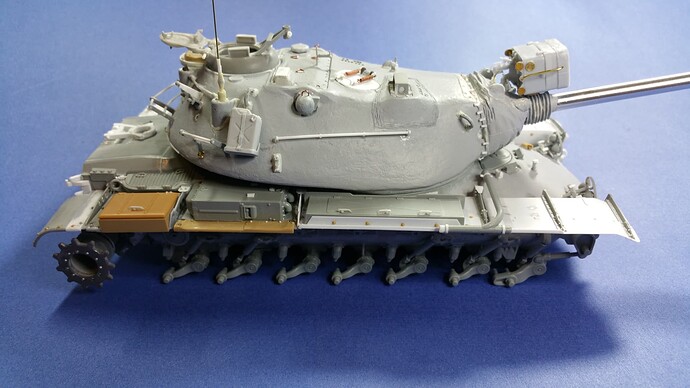 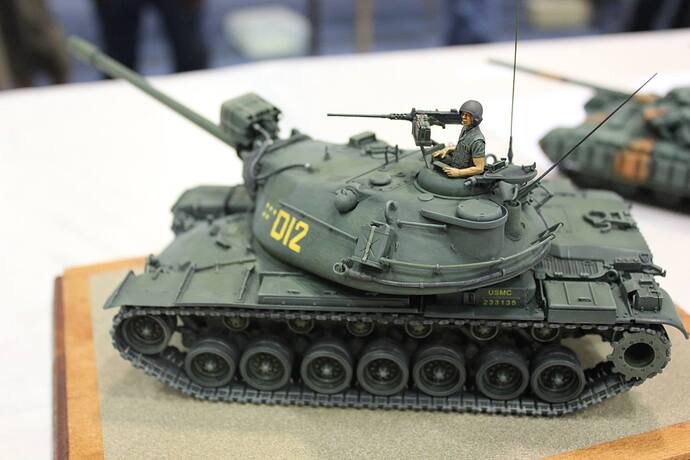 Thanks, I see no crime in rivet counting. Errors have a way of sticking out when you’ve seen the real thing.

That said, how are their M48 tanks?

Not bad, actually. They did their research there for the most part. The road wheels have wonky-looking hubs, and they have weird vinyl mantlet covers in some of them, but they’re pretty good otherwise, especially compared to the Tamiya M48A3. Any version with the 105mm needs the barrel replaced though. It’s terrible.

Nothing wrong with being a “rivet counter”, I’m one myself. It’s the OOB weekend warrior brigade that get annoyed at constructive criticism.

Nothing wrong with being a rivet counter, as long as you don’t lose sight of the vehicle for the rivets!
Ken