I wondered if anyone knows of a Kit Manufacturer or supplier where I might get a 1:35 CVR(T) Spartan please??
Or anyone has a part-built or unbuilt one they can let go?
Any help would be much appreciated, cheers. 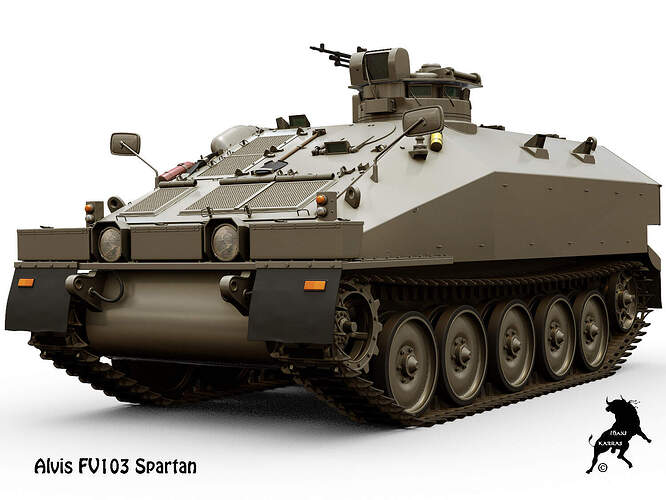 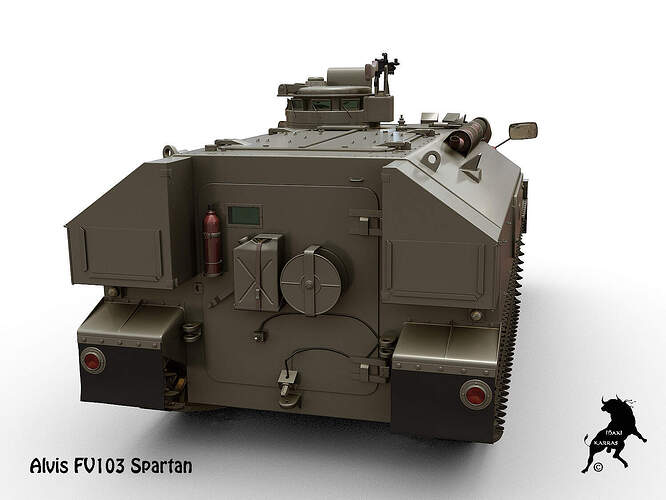 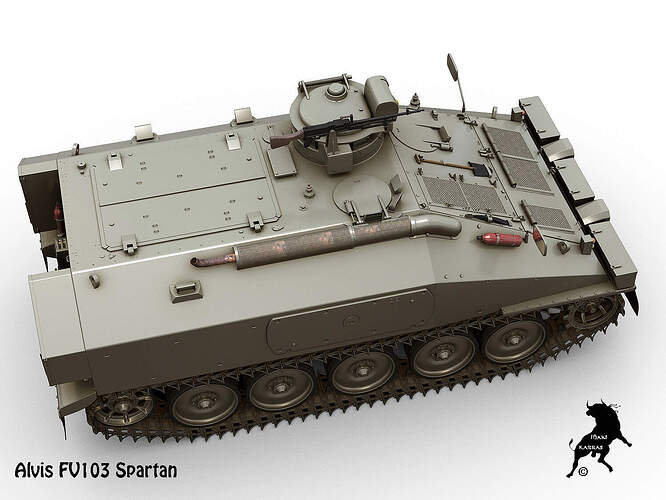 I think this is your only bet

Spartan was originally intended as the APC for specialist assault troops, and is now used to transport a variety of special teams, such as weapons teams with LTM, Milan, Radar etc and REME, Signals and Engineer specialists. The Spartan is still in...

Like Don said, although Cromwell Models did also do a Spartan but they are probably as hard as hen’s teeth to find … I was supremely lucky to get mine gifted to me which I’m doing as my Red top range safety wagon…

I have the Chieftain, Challenger and Scimitar and I really hoped to find a reasonably priced Spartan to complete my ‘driven’ line-up!
This is so sad.

I do not know where to get a kit of this vehicle but I found one in the desert in Yermo, California. 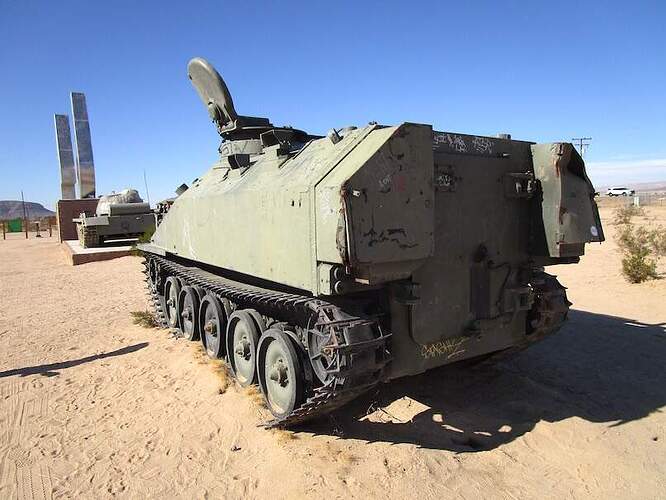 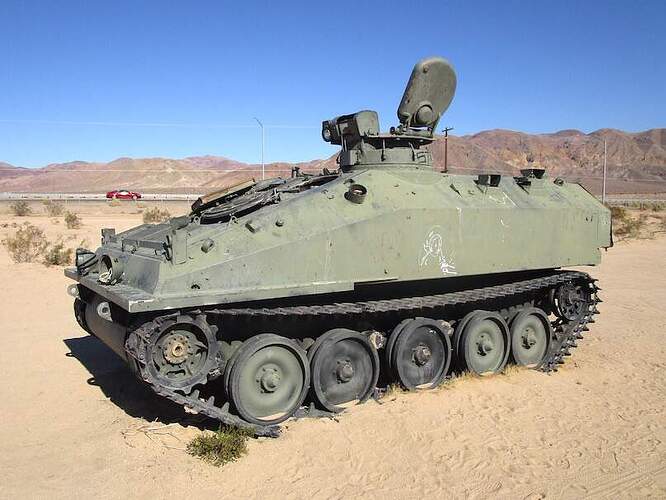 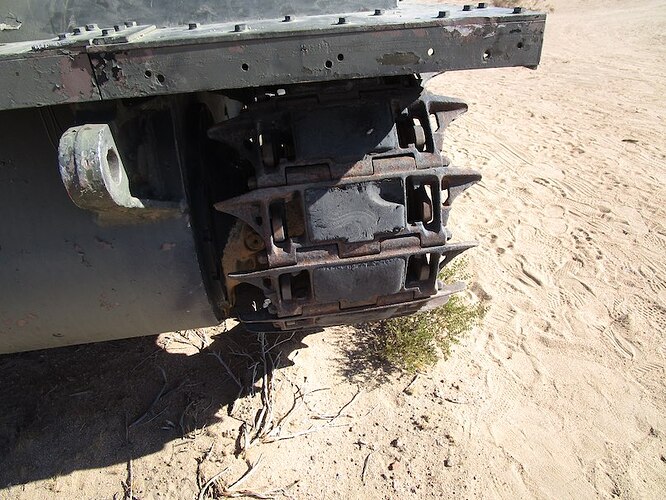 The AA kit is very old and if it is anything like the one I have, not worth the money being asked. It is in the same vein as the Striker that John did a build thread on:

Gecko have announced a new Scimitar with a release date of Feb/March. Rumour has it, they have plans to expand into the other variants like they have done with other kits in their range, despite the difference in hull size, so you may still get a styrene version if you (we) are lucky.

Pre-order price for the Scimitar TES in UK is a whopping GBP 45, but Hobbylink Japan has them for around USD $50 / GBP 37, so if they do release one, that will be the price range I expect. 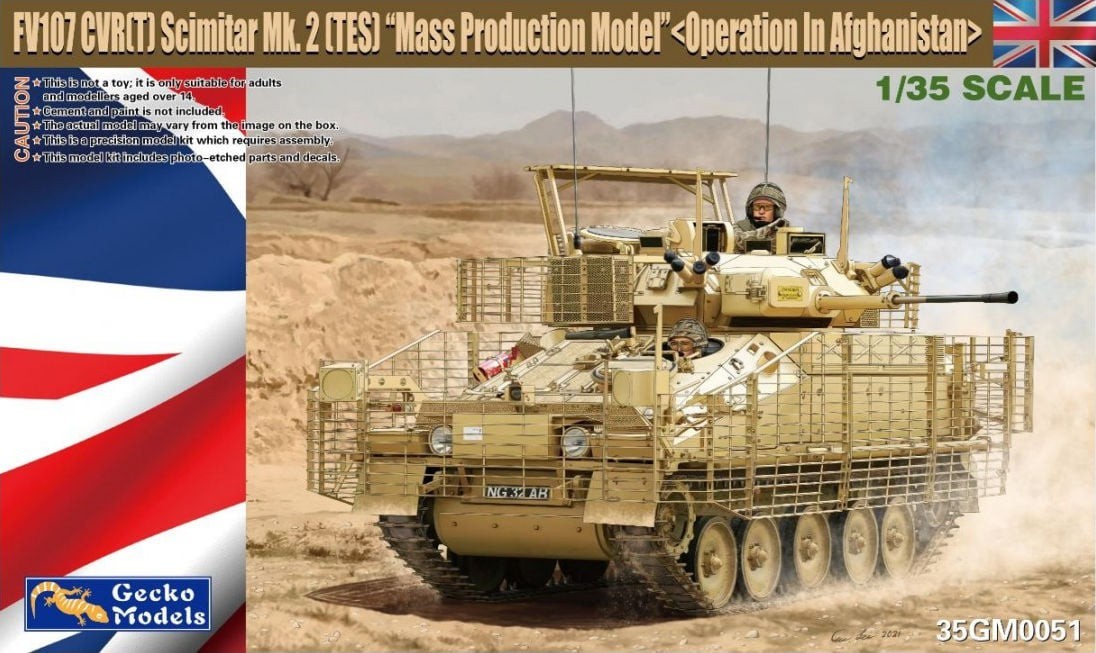 To raise a few points and try and stay within the thread.

Sadly at the this time AA are the game in town who offer the whole range of CVRT, I think they need to up their game with that range with things like sorting out under scale parts, re vamping the range to show things like at least the headlight upgrades to above the sponson, replacing or improving the metal running gear.

I dont get it why AFV Club only did the Scimitar and Scorp and didnt expand the range into all of them.

Yes, it is the only armor vehicle in that park. The T-59 on display in front of it is a 1:1 model made out of wood and foam.

I managed to get hold of a 1:76 Spartan to go with my other small scale British army vehicles build years n years ago. At least I can do that while I (we) wait for any updates on anyone releasing the 1:35 version we all want!!!
“C’mon AFV Club, fingers out”!!
(Rant over!)
I have Tamiya Chieftain and Challenger to build too as well as lots of old kits half built or needing lots of TLC to keep me busy in meantime.
Oh, also a Trumpeter Challenger too, be interesting to see the comparison to Tamiya kit… not built a Trumpeter kit before!

Also I’ve now started to Scratch some bits to modify my 1:35 Scimitar slightly to different mark. Most of interior and engine bay I built myself from old pics and memory of driving them back in the day!

Any tips or thoughts on any of this most welcome. It’s literally over a Decade since I did anything at all with anything! 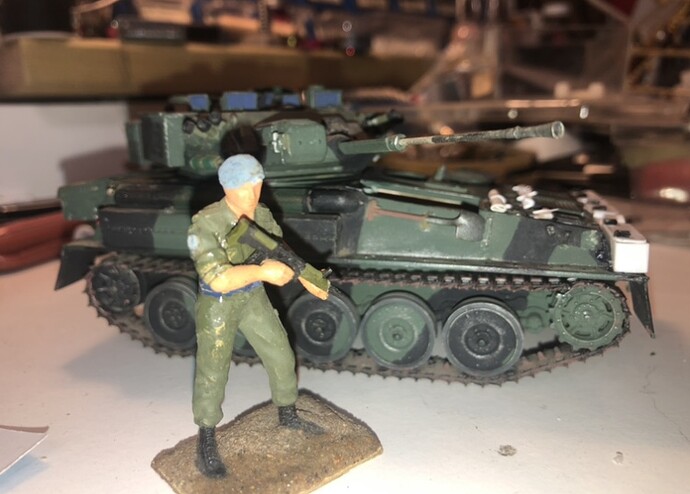 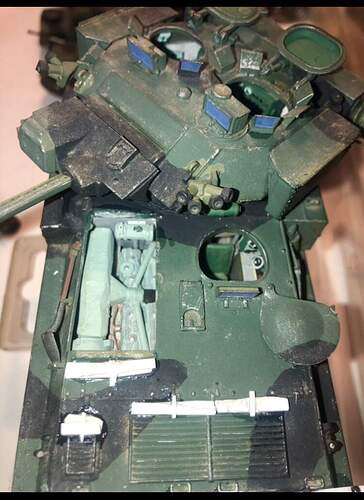 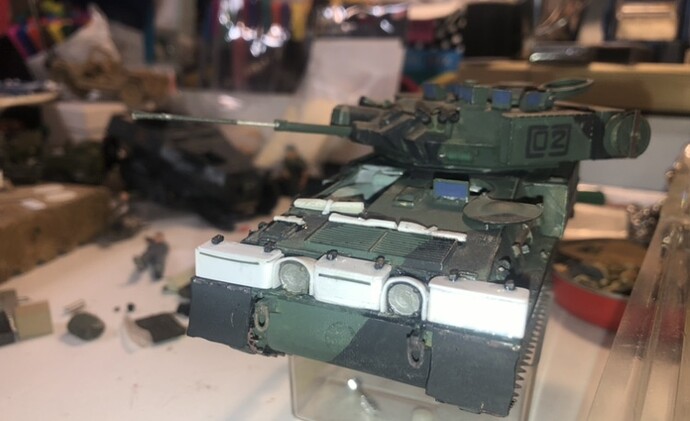 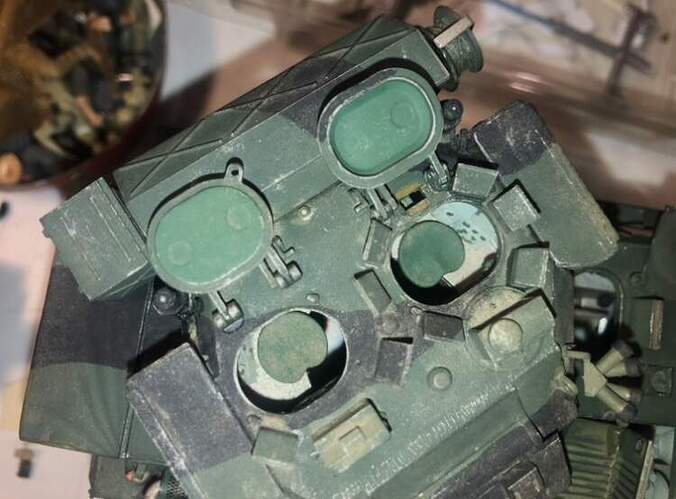 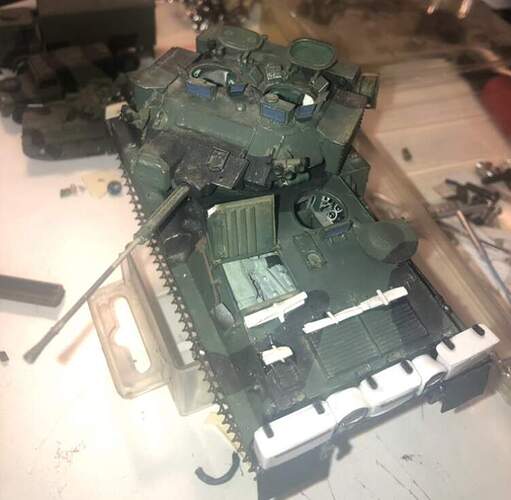 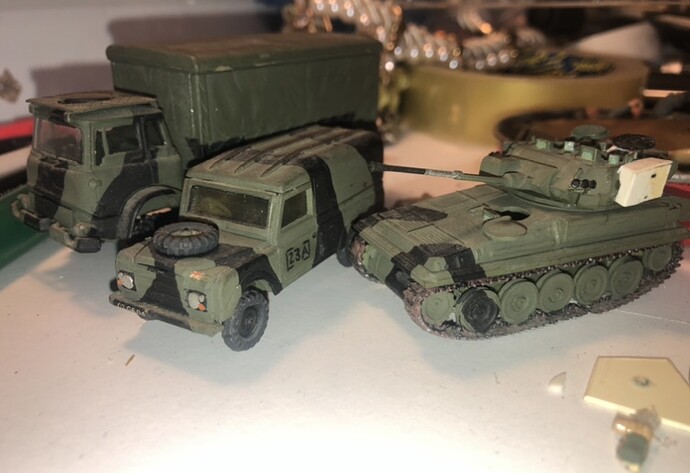 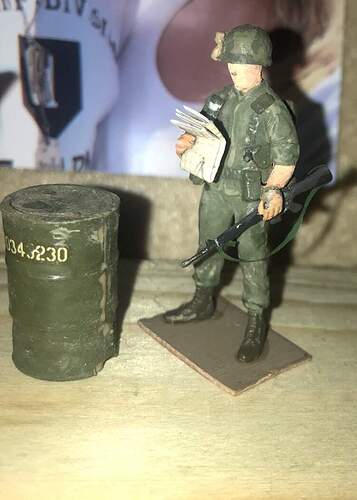 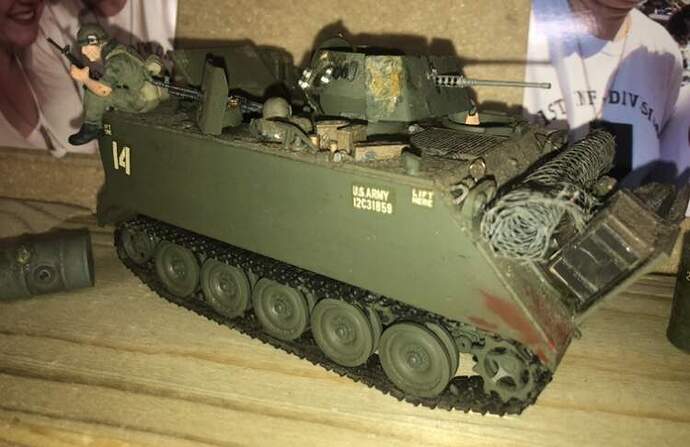 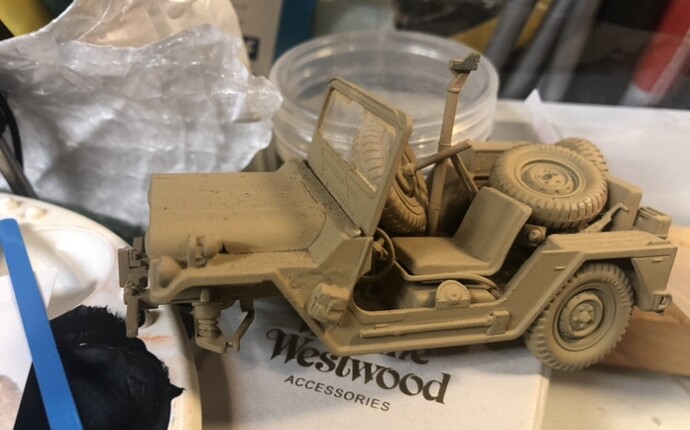 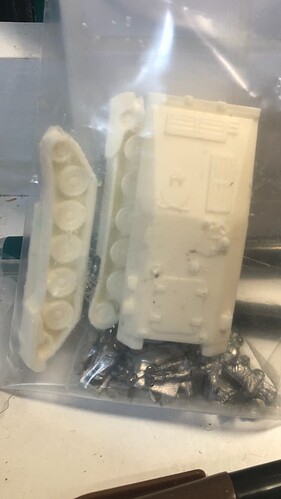 Just to take you down memory lane Jay. 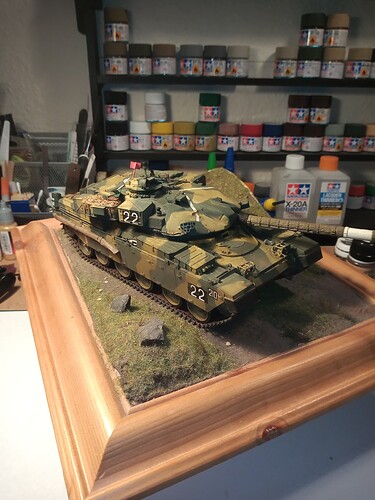 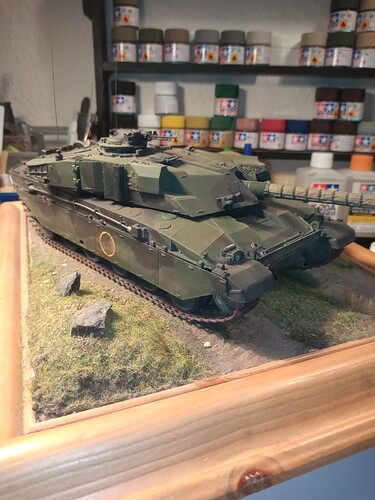 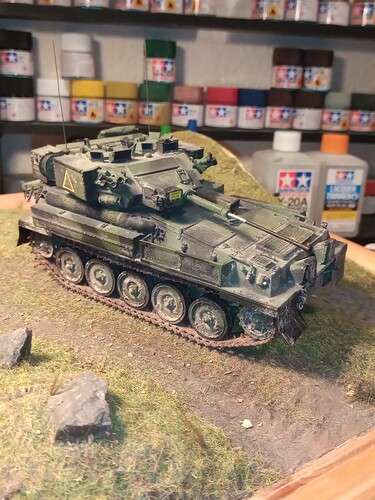 The Spartan I was gifted, but I was on one for a while. This is going with the Mk10 in a BATUS scene on another ongoing thread 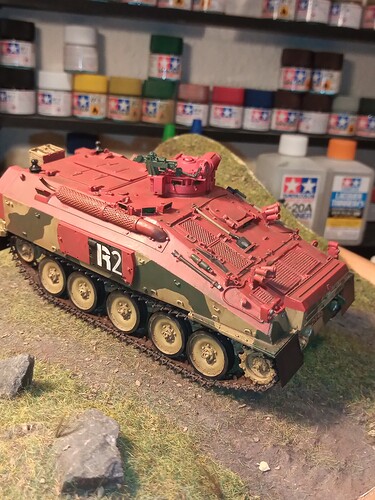 And my fav ride, my little 34B Striker.
An Accurate Armour and AFV club Scimitar lower hull conversion. 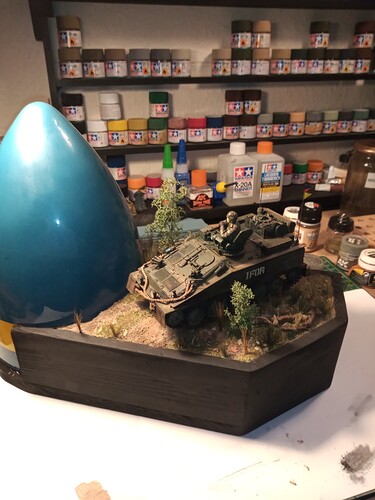 If you want to keep this thread going, you should start it up again in the armour section as this will automatically close in 5 months as your in the buy, sell trade section mate ok

Don’t forget, the air cleaner box should be aluminium, not interior green

This topic was automatically closed after 179 days. New replies are no longer allowed.