As stated in the title, I’m looking for more images/angles of an APC deployed in the Philippines with improvised wooden armor for a small project of mine. Most images I find online are of its left-hand side and its front, only finding one image showing the right-hand side slightly, and none for its back.

(I apologize if this is not the right category for this post.) 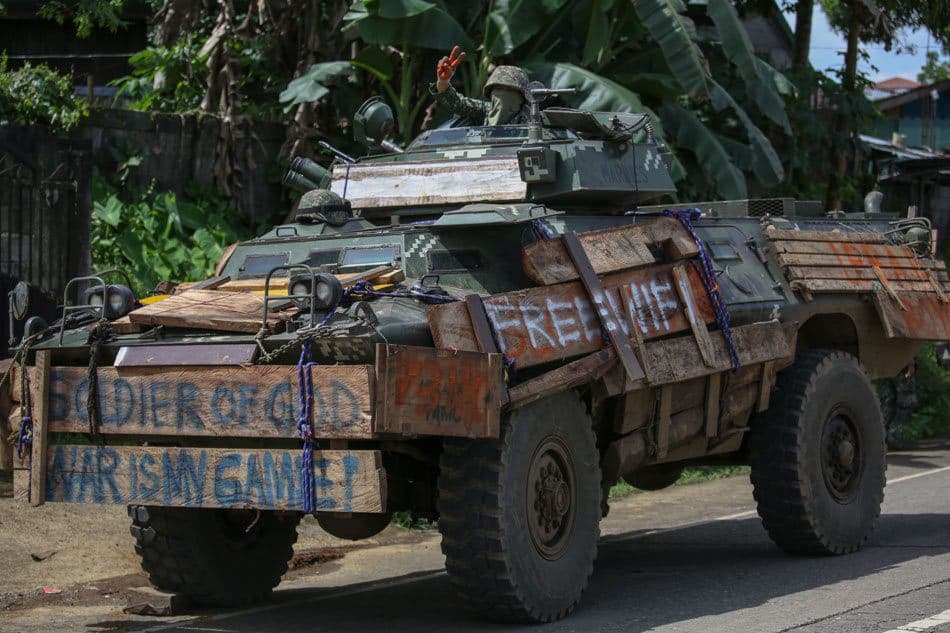 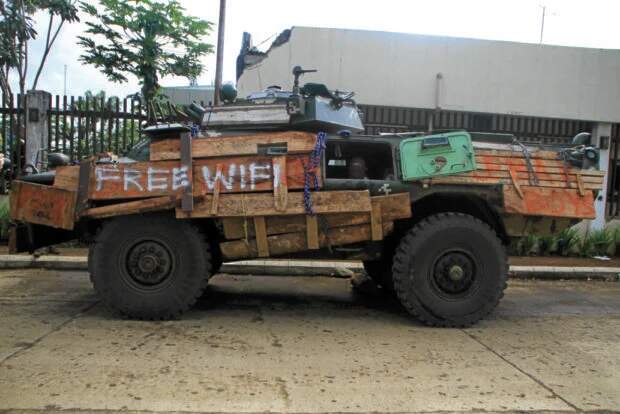 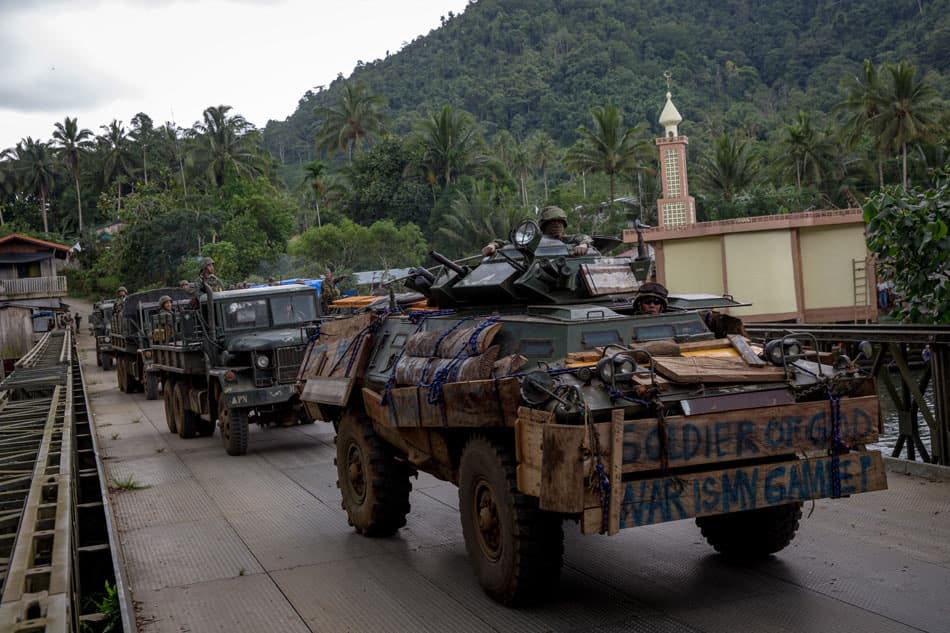 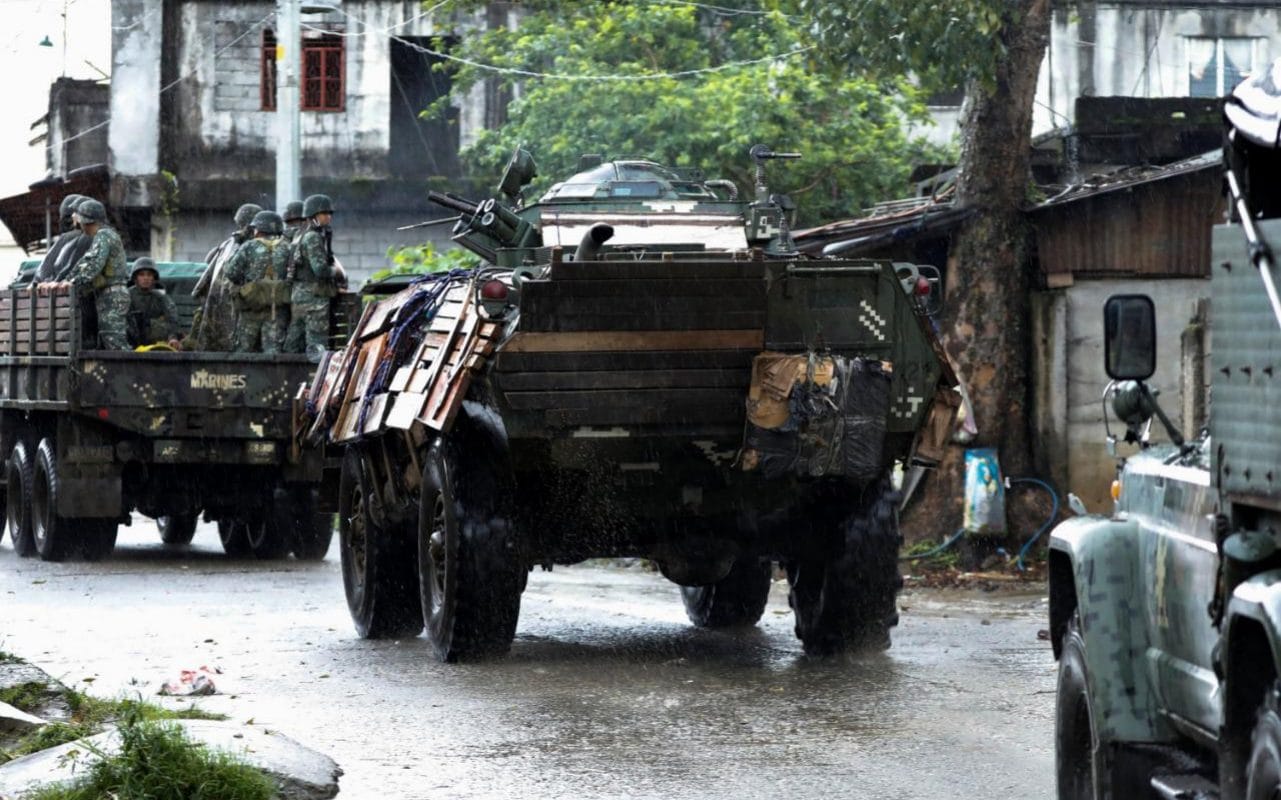 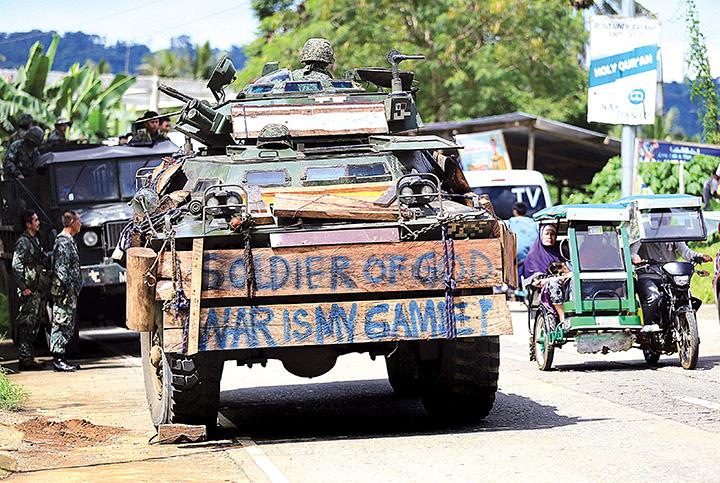 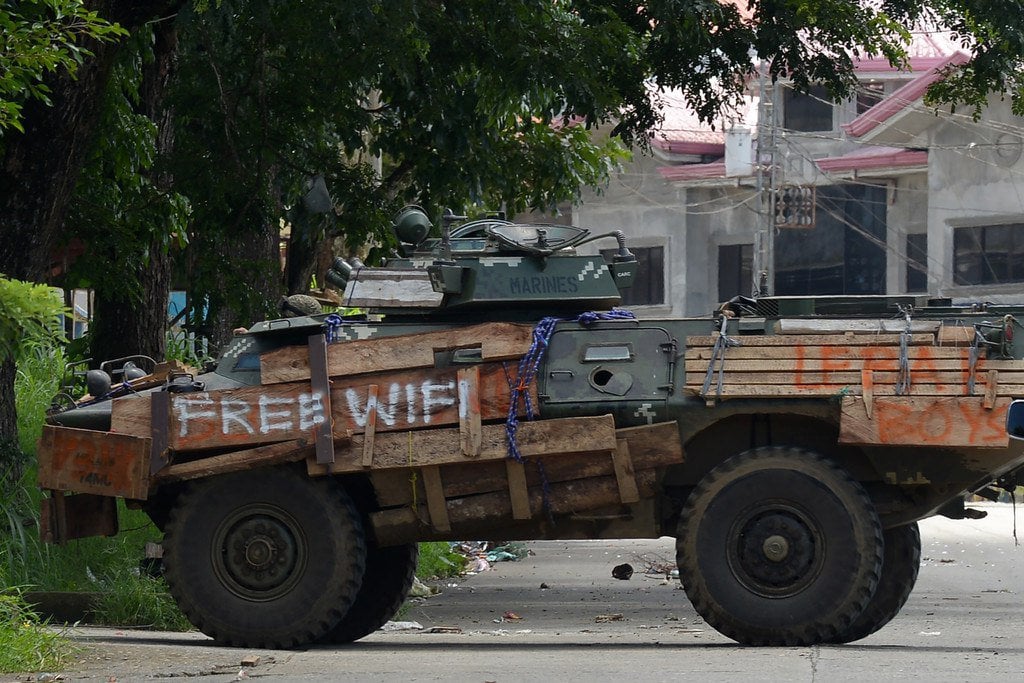 This should be a good campaign theme to build upon.

Vehicles and aircraft of the Philippine Armed Forces (PAF) against Abu-Sayaff militants holding the city of Marawi.

both land vehicles, as well as aircraft (both fixed wing and rotary).

I think these vehicles are modified V-Something’s something’s.
As in no kit in 35th.

The base kit is the Hobby Boss M706 Commando Car. The turret looks like the UGWS turret found on the AAVP7A1 Amtrak, made by Cadillac-Gage. Basically, you have a lower tech version of the M1117 Guardian ASV. 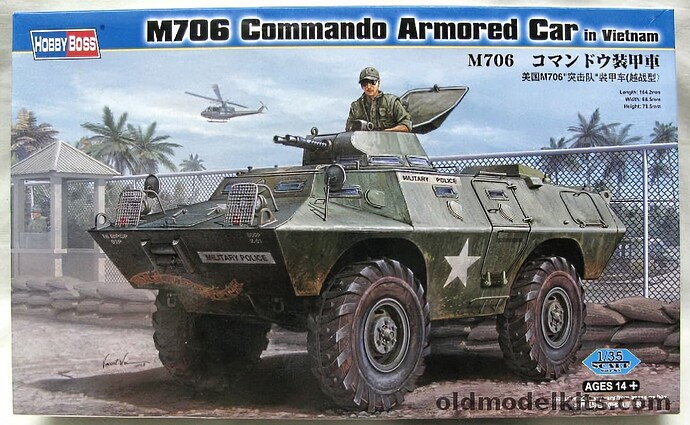 The turret looks the same as what is on the USMC AAVP7. 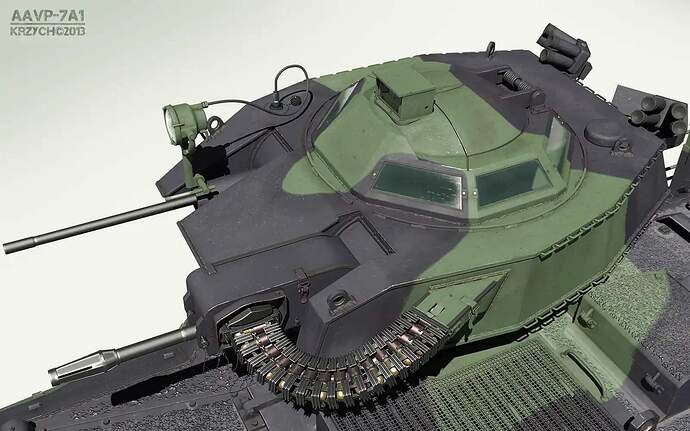 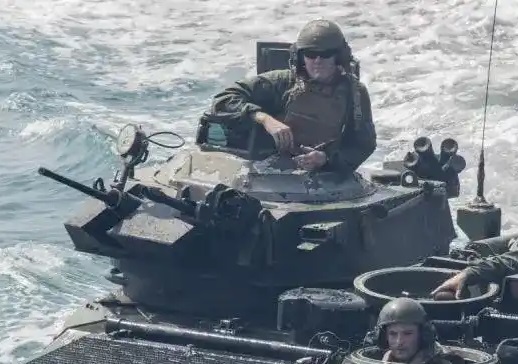 The AAV7 turret has to be modified to fit the bill, as it’s not fitted with the 40mm grenade launcher :

The body has been lengthened.
See Frenchy’s post below. 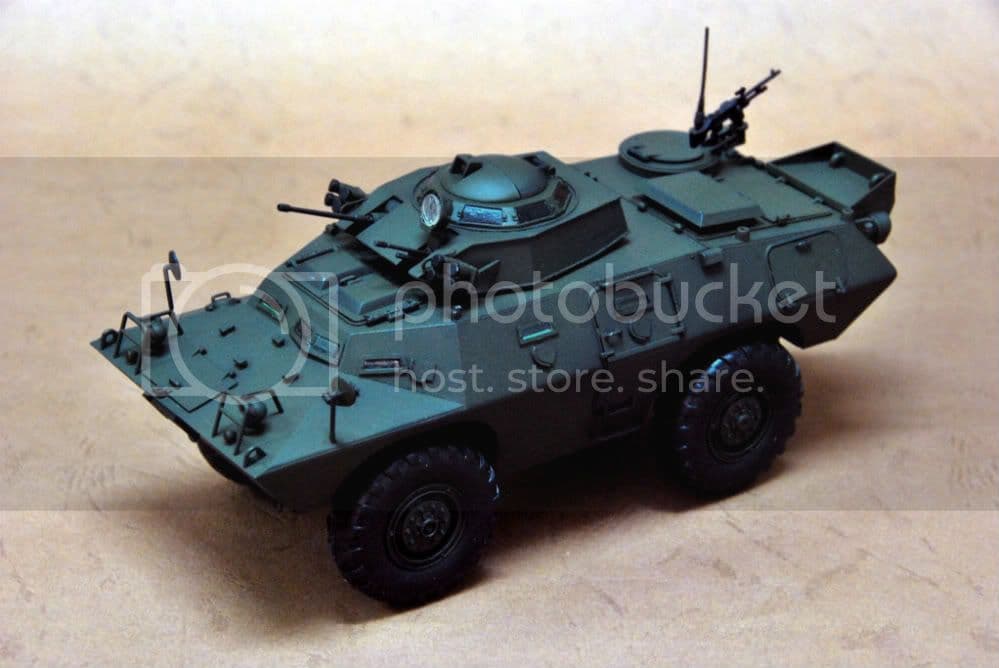 both land vehicles, as well as aircraft (both fixed wing and rotary). 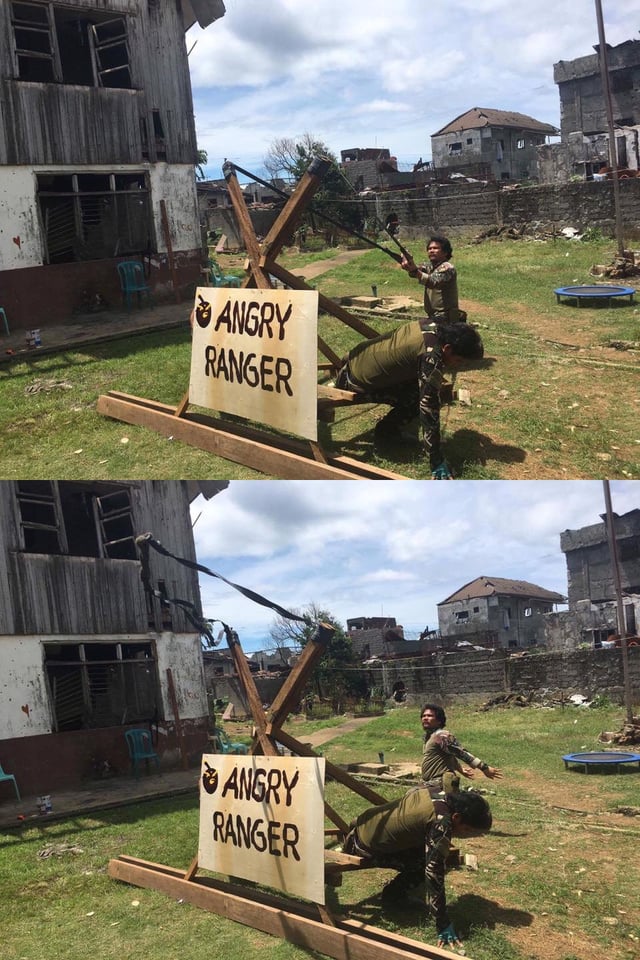 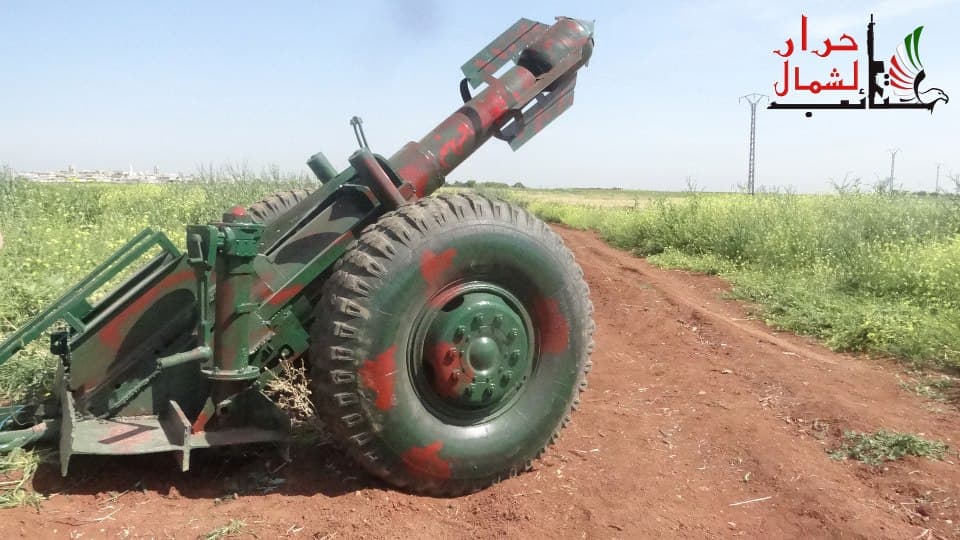