Were there any other vehicles besides the M4 High Speed Tractor, that had the
capacity to tow the M1 155mm Long Tom?
Any help would be greatly appreciated.
Thanks,

No kit of it, which sucks,
there used to be a resin kit by Azimut,
which sucked according to those with
good knowledge about the truck.
Azimuts business practices sucked too …

Another option : a D7 tractor

Thank you, Frenchy!..that is an eye catching solution.
Cheers,

There’s a few shots of M35s towing them as well. AFV Club makes a kit if you can find it. Or rework an M10. 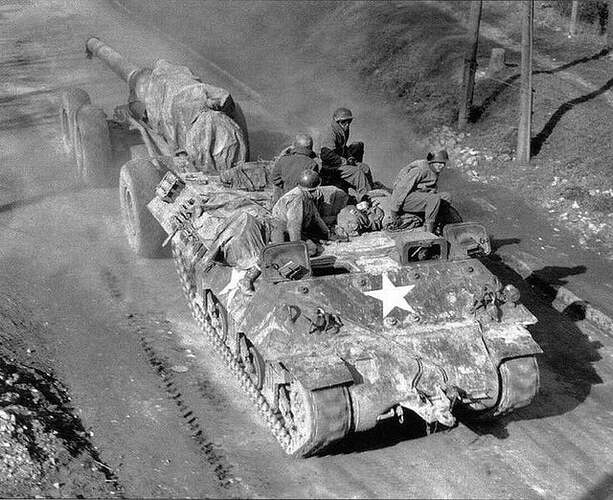 The Brits had almost 100 guns (including 4 Newfie batteries!) supplied via lend lease, not sure if they would have used domestic movers like a Scammel. 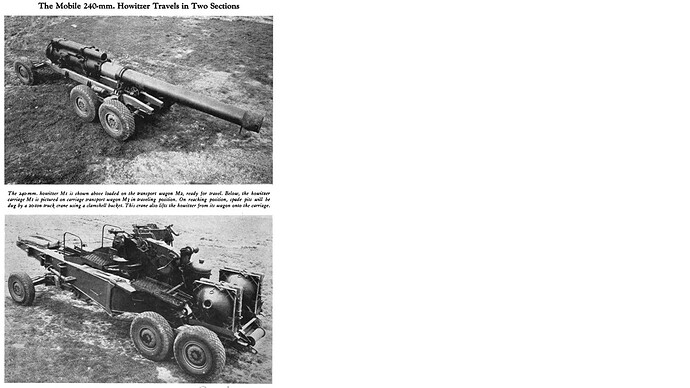 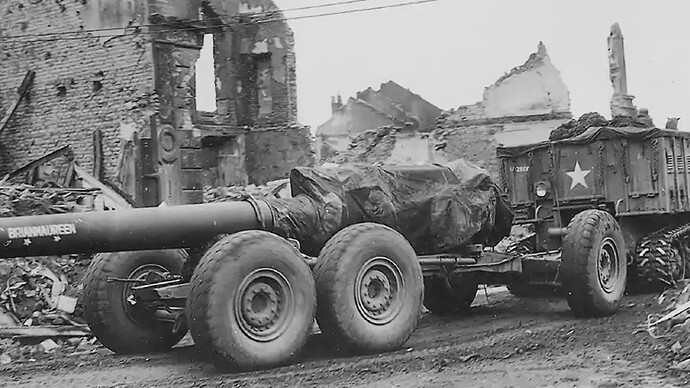 The standard prime mover for the M1 155mm Long Tom was the Mack NO truck. Other vehicles were used in a pinch, but were not the assigned prime movers. 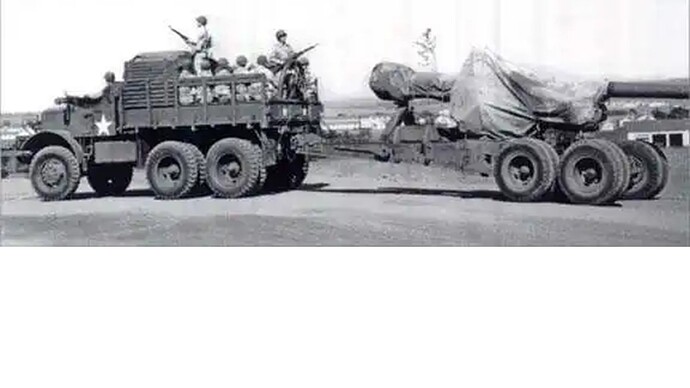 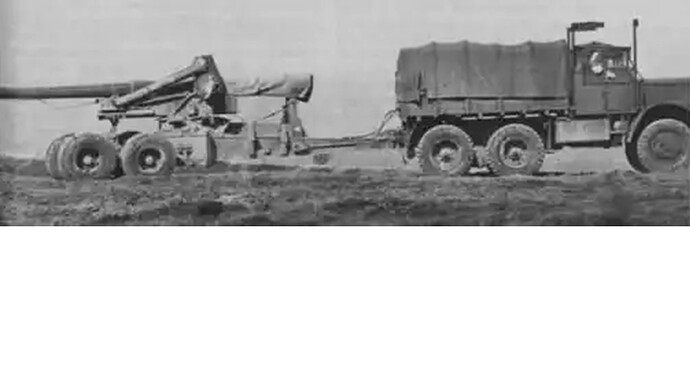 Thanks though boys, I’ll study harder for my Tube Artillery Recognition course next time

Thanks guys for all the extra info.
Have a great day!

@ Robin. Why does that remind me of Bubba Gump Shrimp?

It must have been to confuse the enemy.

The other prime mover for the 155mm Long Tom was the M5 High Speed Tractor. It is only available in resin - Commander Models is the only one still in production.

I once saw a photo taken in Italy (so they claimed) of a version of the M3 tank that had no turrets or 75mm gun. Think it was a cast hull version. It was towing either the 240mm or an 8" howitzer (been awhile). Kinda always wanted to do one of them
gary

If you haven’t already checked it out, take a look at the other “Long Tom” thread on here that is closely related to your question:

Mack NO6** Artillery tractor used for towing the 155mm Long Tom and the 8 inch guns. 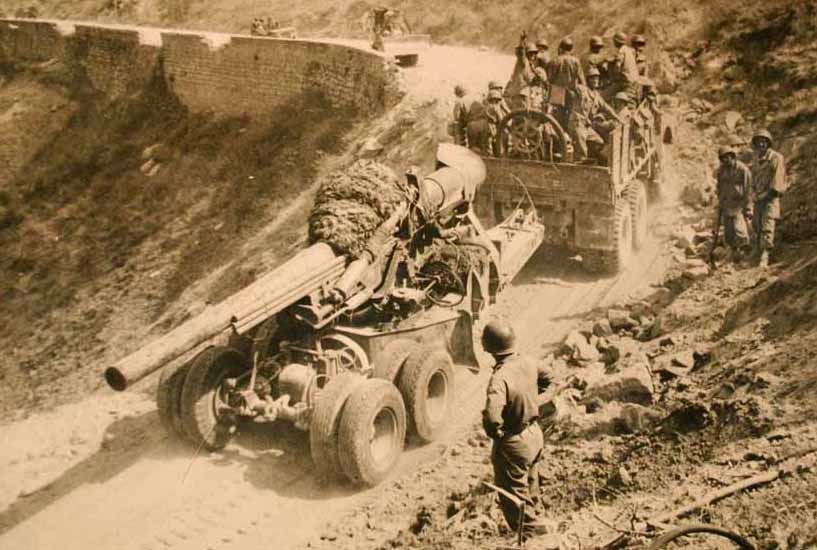 ** The “NO6” designation does NOT mean Mack #6. The NO designation is Mack’s builder factory ID for this vehicle and this is the sixth such design offered to the US Military - the only one accepted by the Army. (The “NO” is just like the GMC Deuce carries a manufacture’s factory designation of CCKW.)

I hate to say it but the two resin Mack NO’s offered in 1/35th scale leave a LOT to be desired. Wrong sized tires and scant underbody detail. (Just big square blocks of cheese under there!) Also I don’t rate the 1/48 scale resin offering as being much better.

I am a scratch builder so once I found that the Mack NO used the same tires as the Dragon Wagon (on different rims) and also a slightly earlier version of the front mounted Gar-Wood winch I was immediately onto eBay looking for “parts” Dragon Wagons. (I purchased 3 - two with the trailer and one Recovery version!) 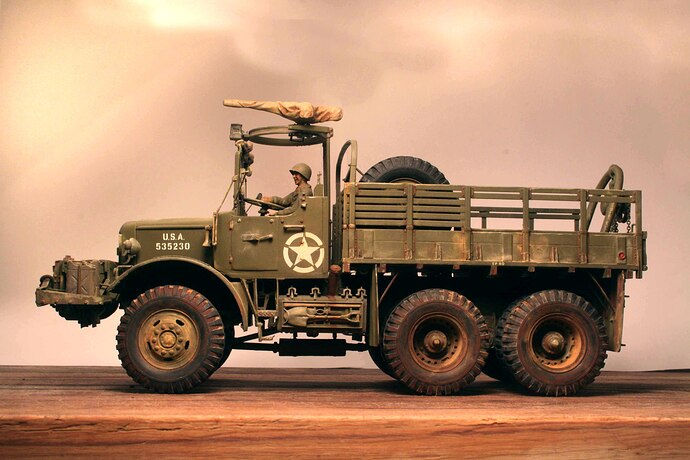 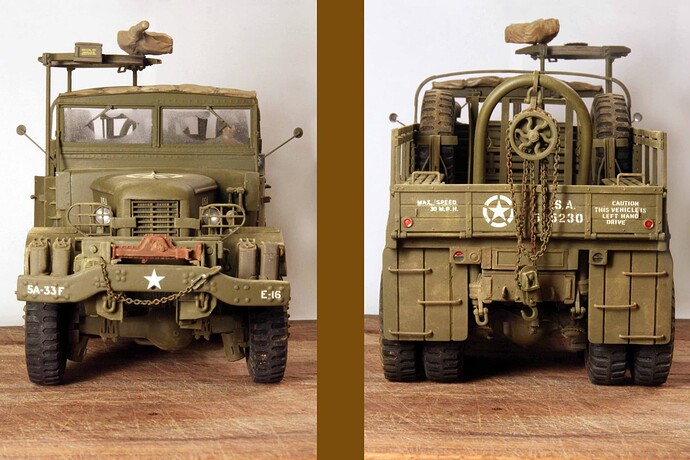 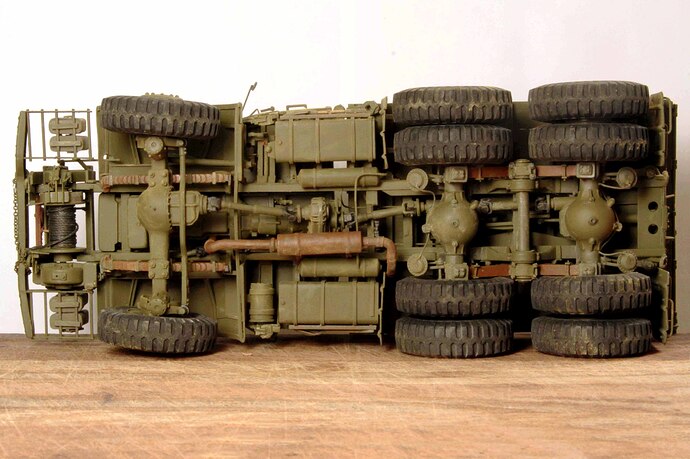 Link to Mack NO build thread in the KitMaker Archives: 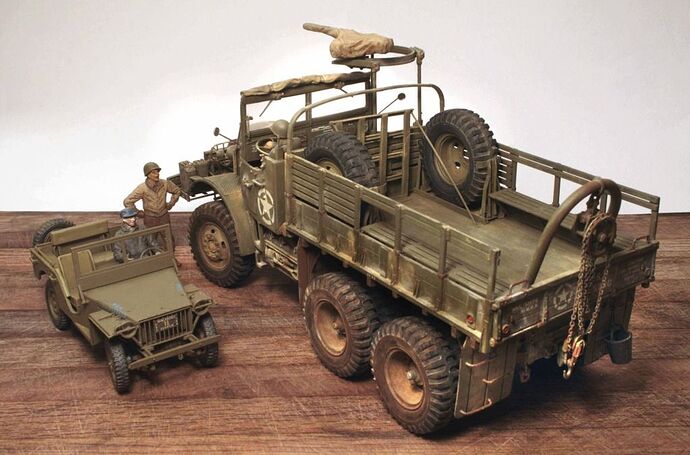 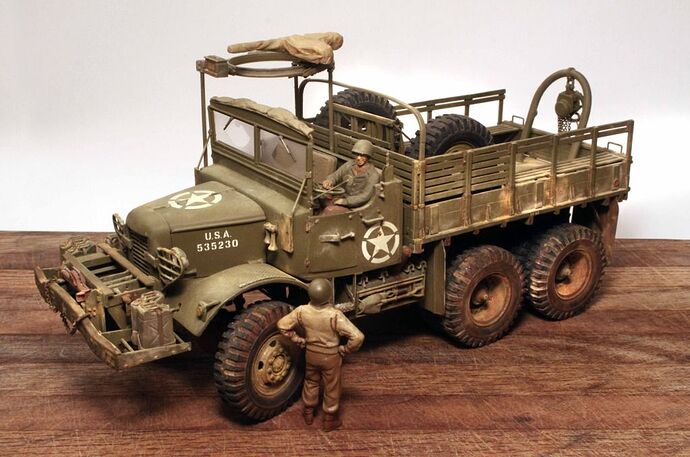 http://deskit.online.fr/02_pages/04_materiels_35/materiels_americains_35/35138/35138.htm
Resin conversion set, French manufacturer, don’t know how easy or difficult it could be to get hold of one …