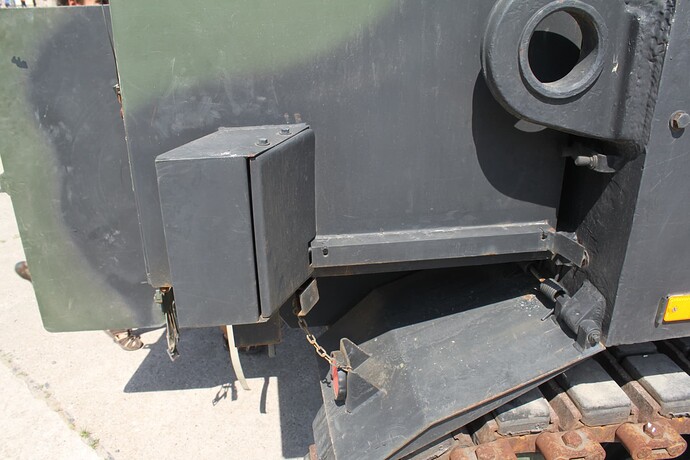 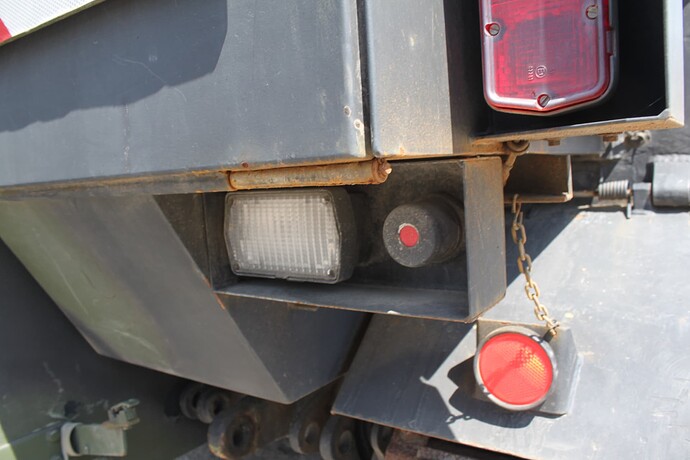 M109G “early” on parade on the Nürburgring. From Wikipedia. 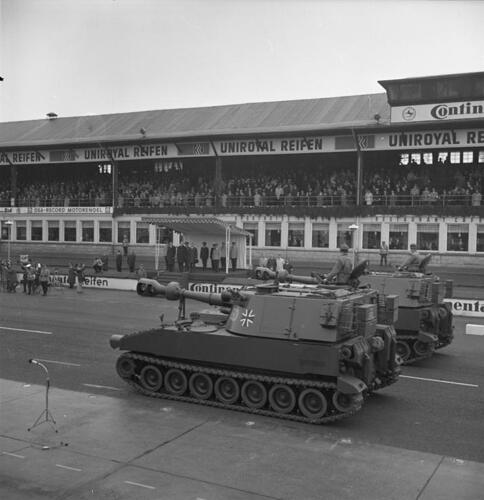 Hi Ole, please tell what version do you want to build? M109 was fielded with the Bundeswehr in 1964/65. M109G is the short barreled version with some “Germanifications”. In the mid 1980´s, gun were modified to M109G A1, getting the barrel of the FH70 towed howitzer.

1:35 AFV Club 35330 German Self-Propelled Howitzer . If one look at the picture showing the built model, left bottom part showing the mud guards and back. One can see the differences between early and late versions of spades, mud guard and cat eye. Question is which kit part for the cat eye for what version. Part AD18 is the early version i think and the instruction tells one to use that part for both versions. Is this right or wrong and if wrong which kit part to use for what version?

I`m going to build the Norwegian one.

Hi Ole,
there is a good walkaround on a current Norwegian gun on Primeportal
http://www.primeportal.net/artillery/erik_torp/m109a3gn/index.php?Page=1
I don`t think that the rear hull has changed much over the years.