Have a set of Verlinden M113 IDF fuel tanks on the way and was curious to see if the US or any other countries every used external fuel tanks like that or if that was an IDF only modification. Have a couple of Tamiya’s basic M113’s on the shelf and before I dive in I was wondering about this. Checked my couple of references on the M113 and didn’t find any other countries using similar tanks but that search was limited to my two Squadron In Action books. Back in the 80’s before college and life took over I had started a M113 with these and I did like they way it looked so no issues working up an IDF but if there was an option it would never hurt to go a different route. Thanks all for any insights…

The US uses them on the 113A3 version. I don’t know if they were retrofitted to any older tracks.

In 1979, further upgrades were introduced. Engine cooling was improved by switching the locations of the fan and radiator. Higher-strength torsion bars increased ground clearance, and shock absorbers reduced the effects of ground strikes. Armored fuel tanks were added externally on both sides of the rear ramp, freeing up 0.45 cubic metres (16 cu ft) of internal space. The weight of the M113A2 was increased to 11,740 kilograms (25,880 lb). Because the added weight affected its freeboard when afloat, it was no longer required to be amphibious. Four-tube smoke grenade launchers were also added. The suffix A2 is used on all variants to denote upgrade to A2 standard.[57]

In 1987, further improvements for “enhanced (battlefield) survival” were introduced. This included a yoke for steering instead of laterals, a more powerful engine (the turbocharged 6V-53T Detroit Diesel),[58] external fuel tanks and internal spall liners for improved protection. The suffix A3 is used on all variants to denote upgrade to A3 standard. " 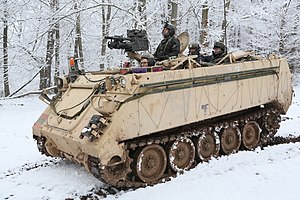 The M113 is a fully tracked armored personnel carrier (APC) that was developed and produced by the Food Machinery Corp (FMC). The M113 was sent to United States Army Europe to replace the mechanized infantry's M59 APCs from 1961. The M113 was first used in combat in April 1962 after the United States provided the South Vietnamese Army (ARVN) with heavy weaponry such as the M113, under the Military Assistance Command, Vietnam (MACV) program. Eventually, the M113 was the most widely used armored...

The external fuel cells were not standard on US Army A2’s. I drove, rode in, or TC’d plenty of 113A2s in the 80’s and 90’s that only had the original internal fuel cell. This was both Stateside, and in Europe, with Regular Army and Reserve component units. I’m not saying A2’s with external fuel cells don’t exist in the US Army, but I never did come across one myself.

They were available to be added to A2s, but the US Army didn’t add them until the A3 variant. The only non-standard Army M113 version that used them and was not an “A3” was the M981 FISTV. It still had steering laterals and the external fuel tanks, so it was technically an A2. 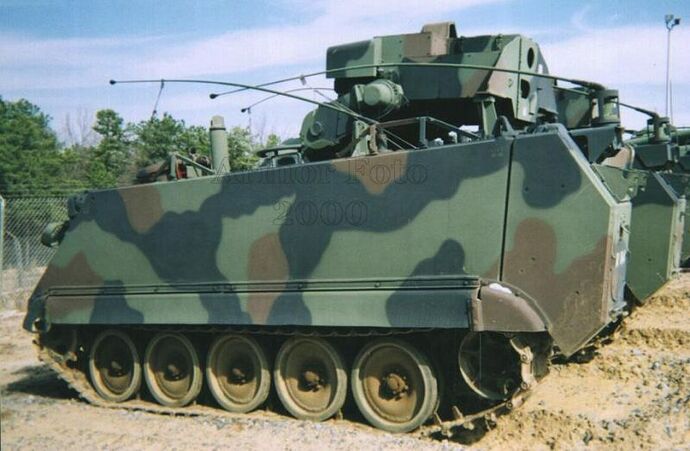 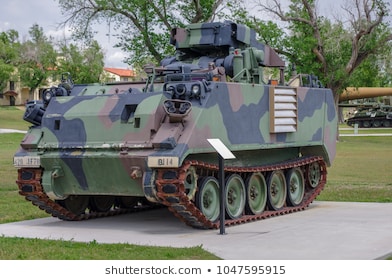 The IDF did use them on A2 versions. 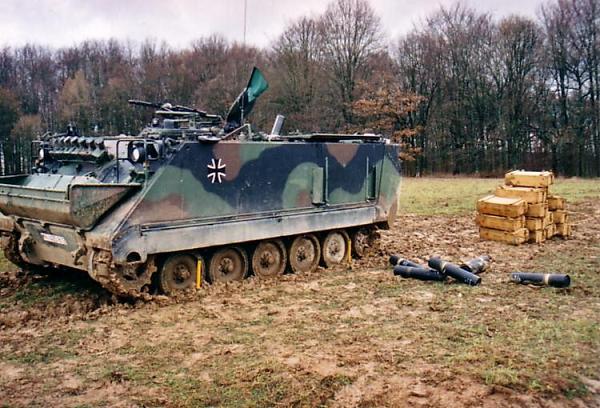 Other German M113 versions have been fitted with EFT’s as well.

I knew I was at the right spot for this. I’m at work and couldnt reference the kits I had but did find them in a picture of my workspace. I have 2 of the M113 ACAV and the M113A2 Desert version so I think I have my avenue figured it out using the info you guys responded with. Appreciate it, think I’ll be adding to the A2 and looking for a reference on markings that I want to do. I got the tanks for a steal on the sale and have a bunch of Verlinden dry transfers coming also so may use HeavyArty’s example as a starting point.

There is also an IDF variant (possibly an artillery observation/FIST type?), that was fitted with a single external tank and no internal tank (external tank fitted on the opposite side of the rear ramp - not where you’d expect it on the same side as the original internal tank). The vehicle is fitted with the same periscope sight seen on the ITV/FISTV and the same commander’s cupola (without the hammerhead fittings) 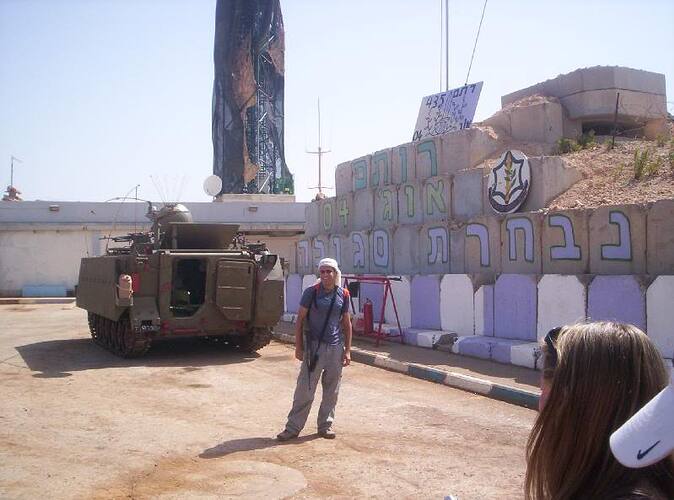 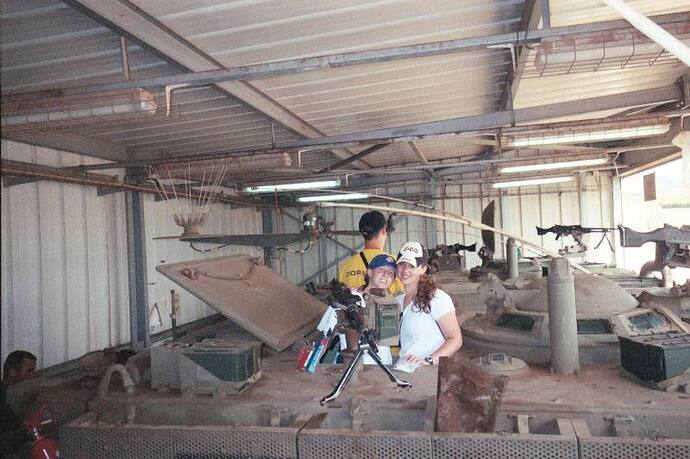 When I was gathering references for when I built my M981, it intrigued me that whilst the M981 had them, the M901 didn’t.

The M981s were rebuilt M901. They only served together for a short time and then the M901 was retired. The M981 was used until the early 2000s when it was replaced by the Bradley FIST.

The Canadians used them on our M113s and TUA’s.