I have a question about Vietnam war M113s, how was the armor around the commanders cupola attached; bolted, welded, ect.? Also how was the 106mm Recoiless rifle attached? I know the RR was in the beginning a field modification so was it welded on? Thanks.

The standardised ACAV armour kit was bolted onto the commander’s cupola.

Not sure about the RR field modification, but I would assume that was bolted on as well.

The RR base was bolted to one of the antenna mounts, the four discs on the top of the hull.

It was bolted to the roof not an antenna mount. 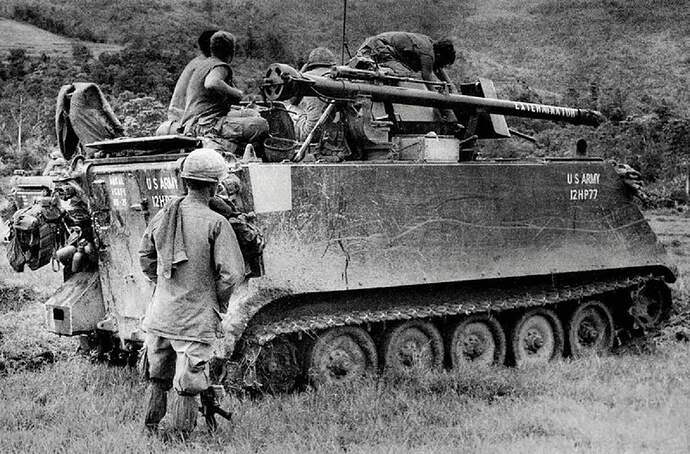 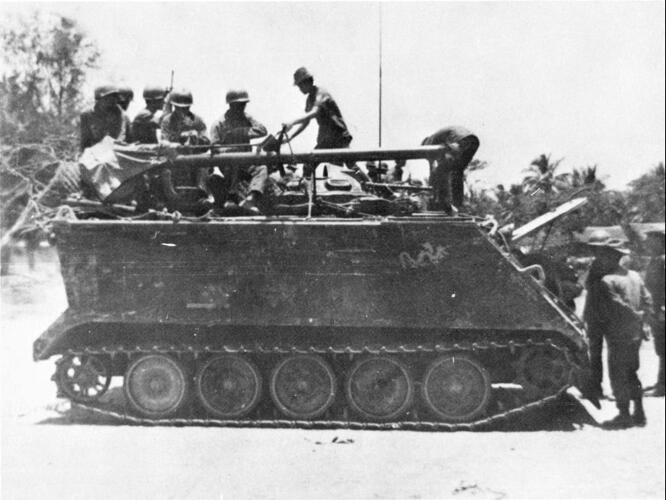 The roof of a 113 has four holes for antenna mounts to be attached via bolts around those antenna mount holes. That’s what those brush guards on the top deck are protecting. When an antenna mount is not installed, those holes have a plate bolted over them instead. I’m not saying that the 106 RR was attached with bolts into those pre existing mount spots or not, but it sure makes sense that they were to use pre existing attachment points, as opposed to drilling now holes.

What Stikpusher is talking about and what you posted are two different things.

@Beentheredonethat actually no, Gino said that they would bolt them to the antenna mount and Carlos said that its possible and easier for them just to use the pre existing holes aka the antenna mount, so they are saying the same thing. I may be wrong but Im just pointing out what I think there saying.
Thank you for posting those photos, Ive been searching for good photos like that of the RR.

Yes, Carlos and I are talking about the same thing, just stated in two different (but very similar) ways.

No he talks about using the holes for the covers in the roof. You stated they were bolted to the covers. 2 very different concepts.

Dude, believe whatever makes you happy. What I meant was they are bolted to the roof where the covers are when nothing is there. We are saying basically the same thing.

I agree, think what you want but I agree with Gino.

The RR base was bolted to one of the antenna mounts, the four discs on the top of the hull

What you wrote and what you meant, once called on it, seem to be 2 different things also. Gino is it? Well Gino get over it and move on.

@Beentheredonethat Gino already dropped the issue and moved on, not trying to intervene but maybe you should just drop it. I mean is it possible you may have misread what he wrote?

Well here you go everybody, except me, was wrong. This pic shows it mounted in front of the antenna mount blanking plate. If you look at the other pics you can tell it’s forward of the plate. 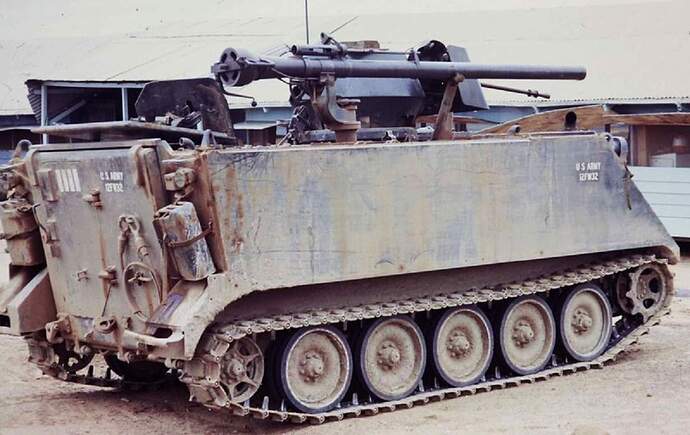 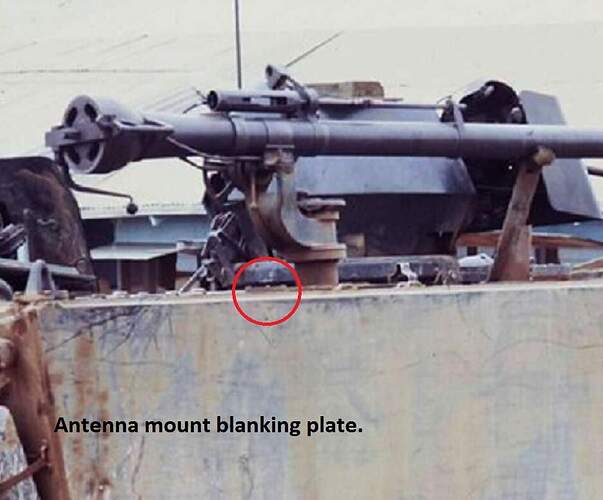 If you are looking at this on a phone you may not be able to see it.

Yes your right, on that PRATICULAR M113 its mounted like that. But that doesn’t account for the many that were field modified.
From Tanks Encyclopedia:

A few ACAV kits were standard later in the war, but most were field modified by the troops in Vietnam. Despite this increase in protection, one can never have enough firepower. Thus, some M113s were modified to carry a M40 106mm recoilless rifle in place of one of the M60 machinegun mounts.

I’m going to put this as politely as I can. I really don’t think Gino needs you to speak for him. I’ve been trying to help you with a request for information. Unless you’re thanking me for something I’ve posted for you or I directly engage you in conversation, you really don’t need to comment on anything I’ve said.

Ok…that means nothing as to where it was mounted.Ok, I’m done with you, try to help you out but you’d rather listen to someone giving you bogus info. I will point out one more thing to you. A prolific poster doesn’t mean he’s a knowledgeable poster. No more help