I have a set of Dragon US Marines of the Chosin Reservoir in winter clothing. They wear M1944 shoepacs, but I cannot find a picture of these items, believe it or not. Are the black? Illustrations show this, but illustrations can be incorrect. 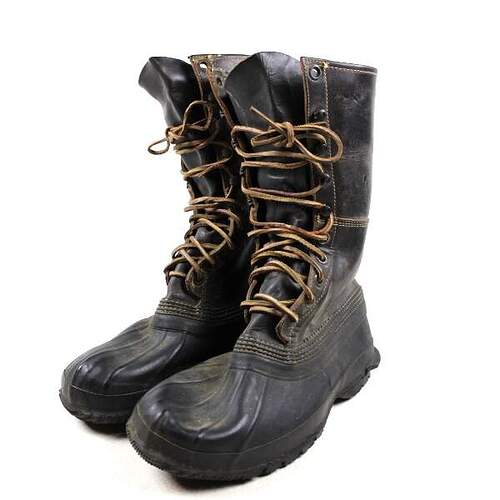 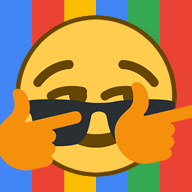 Let Me Google That

For all those people that find it more convenient to bother you with their question than to google it for themselves.

I tried that without success. Why would I ask here if I succeeded?

Looks all black, but I imagine colors can vary, especially in big production batches.

Looks all black, but I imagine colors can vary

I used to work in a surplus store when I was in high school and we had some there. The lowers are black rubber, the uppers, a dark oiled brown leather. It’s dark, but definitely a brown.

I know that after the end of WW2. US Army soldiers had to dye their shoes black, and combat veterans were said to have served in the “brown shoe army.” Don’t know if US Marines had to do that.

Yep! My Dad had a pair. They’re exactly as you describe and agree with your photo. Dark brown oiled leather uppers.
Same as these… 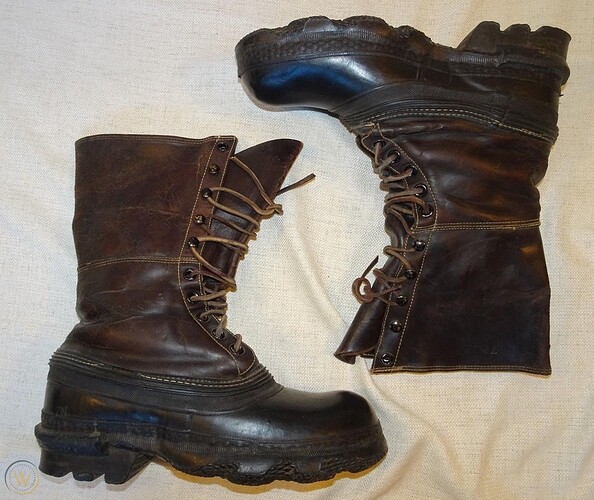 US Army and USMC switched from brown boots to black in 1958.

Thanks! The kit directions failed to mention that.

If you marched in them you sweated. Sweat causes frostbite. They didn’t have much arch support either.

US cold weather gear changed after Korea, due to the experience there.
The Shoe Pacs for Cold Wet wear were replaced by the Mickey Mouse boot and the Mucklucks for Cold Dry wear were replaced by the Bunny Boots. I dont know what the current generation of cold weather footgear is with all the Gore Tex and Poly Pro, but I’m sure that it is was better than WWII or Korea. In the 80’s it was considered a huge improvement when we were finally authorized to use Herman Survivors or Chippewa Mountain boots.

or better known as “mickey mouse boots”!! There were also the four buckle boots sold at home in use. There was a third one, and who used it; I can’t say.
gary

Yes I had Herman Survivors in Germany and they were excellent !

still have my first pair going on forty years young! Also have a pair of the SF pattern Timberland boots
Gary