I´m planning to build an M1A1 in Desert Storm that used this scheme: 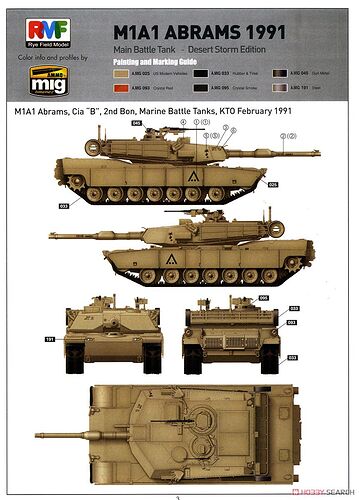 The issue here is that the picture shows a M1A1 used by the Army, and the drawing said that is a Marine Corps tank, that, as far as I know, have different smoke dischargers and and IDE device in the turret roof (I´m using the Dragon M1A1 AIM kit).

I don´t want to be screwed up, so I´m looking for pictures of the actual vehicle or info that if some Marince corps tanks were in the same configuration than the Army ones.

Hope someone can help.

On a side note, a Bn of Army M60A3 TTS tanks were also given to the Marines to replace their M60A1s and provide a better night-fighting capability.

Also, the IDE (better known as an MCD - Missile Countermeasures Device, or laser dazzler) was not used by the USMC until after ODS (around '95), and was seen mostly during the invasion of Iraq in '03.

I agree with Gino, as Marine tanks where from Army stocks they didn’t have Marine issued equipment designed yet.

For example on this plow tank. 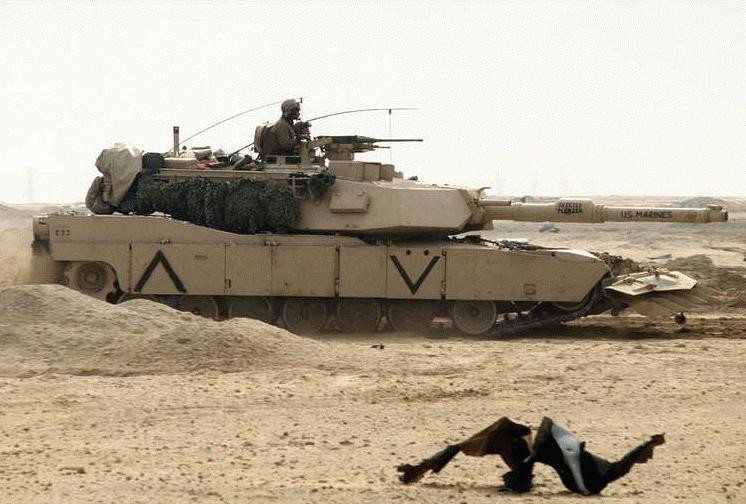