Got a question about a feature seen on some M1A2 Abrams hulls. It’s on the left side towards the rear. I assume it’s a feature on a particular batch of vehicles and I assume it’s a legacy item or blanking plate. Is it something to do with the under-armor APU that was initially fitted to some vehicles and then removed? 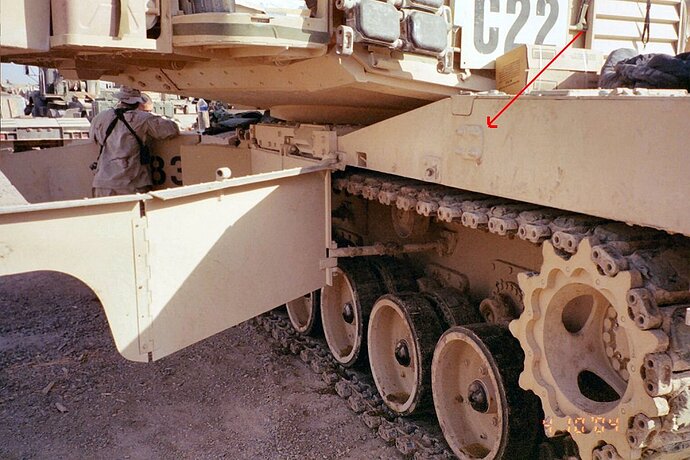 Yes, that was where the opening for the intake on the UAAPU was. When they were removed and replaced w/the Harker Battery System, the openings were plated over.