What external modifications would be required to convert
a model of the M1A2 Abrams to SEP specifications?

At the left rear side of the hull the Under Armor Aux. Power Unit was installed. (square exhaust at the rear left, blocked with a square plate and four bolts when batteries replaced the APU)

MTLRS Antenna on the turret

None…and an improved cooling system to compensate for heat generated by the additional computer systems.

Not true. The SEP added the VCU and UAAPU (as stated above by gtdeath13). The VCU is a large box (A/C compressor) in the rear turret bustle rack, along with armored conduits for the hoses and such under the turret. The UAAPU was added to the left rear of the hull in place of a fuel tank to provide a better power source than running the main turbine engine when stationary. The UAAPU was later changed to the Hawker Battery System since the UAAPU was not reliable. The Hawker system didn’t work well either and most were removed. The V3 brought back a better UAAPU that does work. 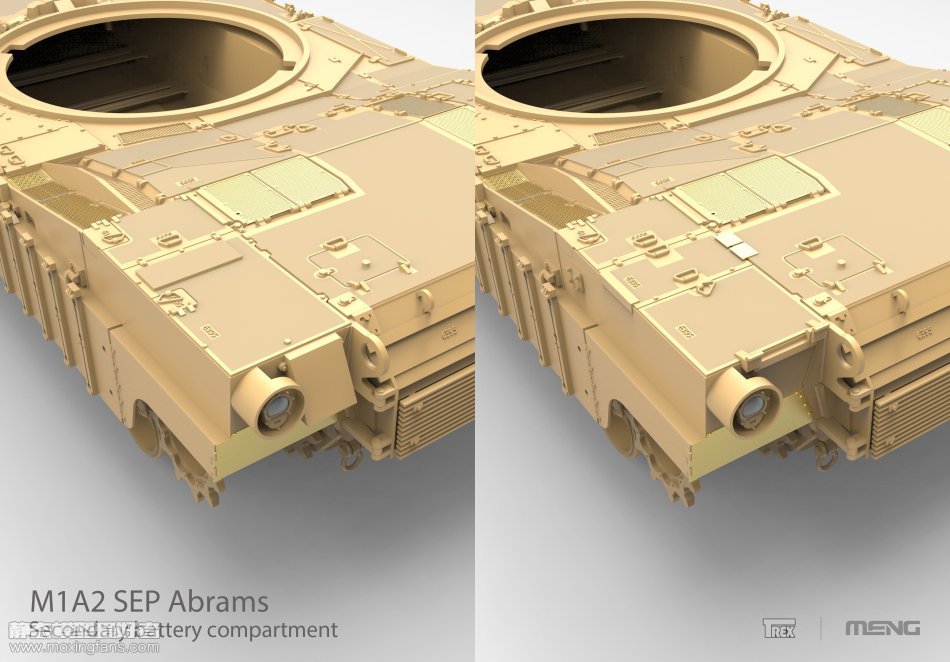 I did one a while back. You can see the VCU and associated armored conduits and UAAPU features below.

Thanks to you all for your helpful input.
I work in 1/72 scale, and wonder whether
there is a decent kit of the SEP version in
this particular scale. 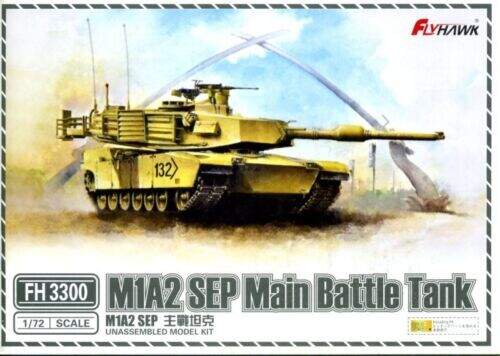 Check Flyhawk, I think their Abrams in 1/72 are nice

Thanks to you both.