Hey Gino, or someone who may know…

Any idea what this “thingy” is on the Sep V3s just deployed to Europe is? 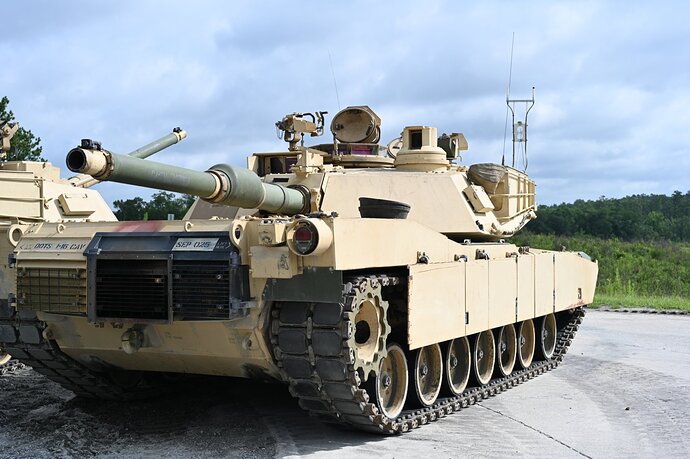 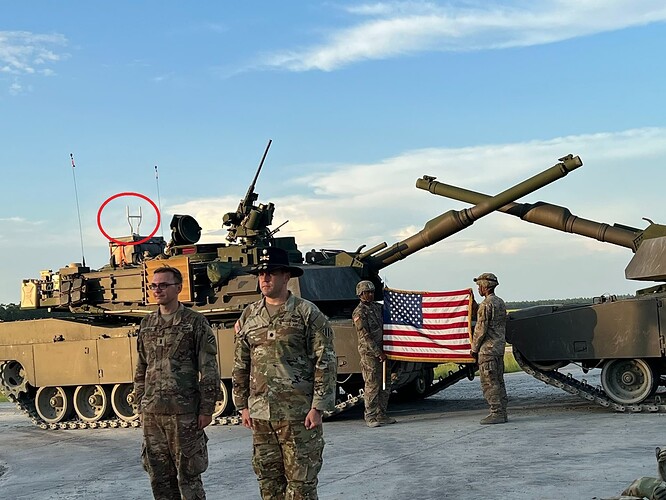 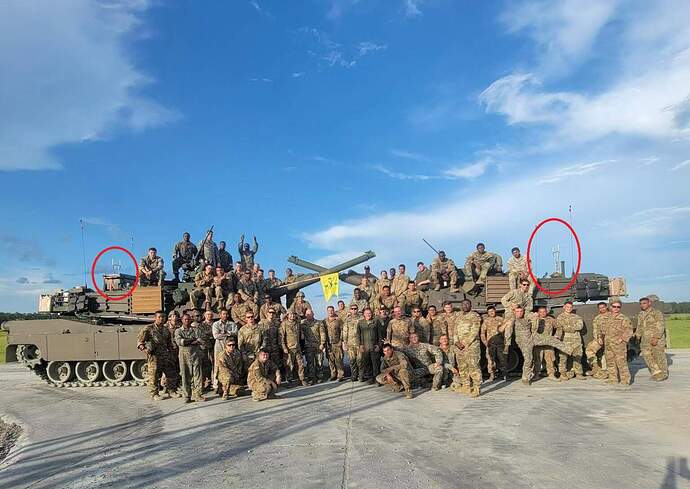 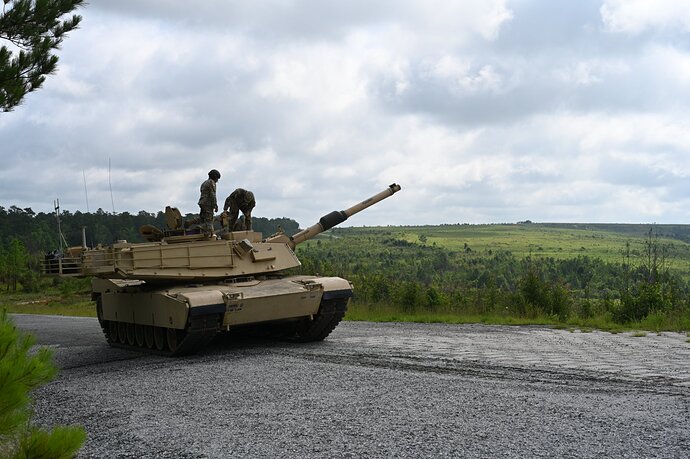 No clue. Looks like either a new antenna or some special tracking/telemetry device for a range.

I don’t know what it is, but you’re clue that these aren’t M1A2SEPv3s is a hint. I think that these are M1A2SEPv2s because of the lack of beefy tow hooks on the bow hull.

It’s a new antennae, and I’m guessing it’s a new ammunition data link for smart pre-programmable ammunition or a new Anti-IED jammer. Notice that it doesn’t appear anywhere else except when going into or preparing for potential combat. Gone are the two tall tubular DUKE Anti-IED antennas.

Only the photo with the two red circles and crisscross tank barrels is a SEPVersion 3 as denoted by the taller rear mudflaps.

Notice that it doesn’t appear anywhere else except when going to potential combat.

What potential combat? Unless Russia invades Poland or some other NATO country (highly unlikely), these are not potentially to face any combat.

It is more likely a range tracking/telemetry device used to digitally show how the tank did in a gunnery exercise.

What potential combat? Unless Russia invades Poland or some other NATO country (highly unlikely), these are not potentially to face any combat.

That is why I think that these antennas are for SEPV2 and V3 and hence you’re half-true in that they could be programmable ammo antennas—ammo that was never fired before because there was no need to unless prepping for combat (not saying we’re going to war!).

You assume half correctly on the range antenna and I assume the other half. DVIDS would have shown these M1A2SEPvs with this antennae at the firing range and they do not. Is this antenna only used to fire smart ammo rounds? Smart ammo rounds needs a datalink, hence radio waves–my guess—you know this better than I do.

Non-Confirmed Features:
• Global Positioning System Upgrade:
The SEP v3 is also expected to get a more advanced force-tracking system which uses GPS technology to rapidly update digital moving map displays with icons showing friendly and enemy force positions, currently a pair of new antennas have been seen being fitted and tested on some older SEP v2 tanks. (Note a PAIR of new antennas and that photo shows a PAIR).

So maybe it is GPS and has nothing to do with ammo and range target practice. My Avatar is of a M1A2SEPv3 and it doesn’t have this antenna. The photo below is 2020 and as you can see, it lacks the beefy frontal bow tow hooks–and the new PAIR antennas.