Here we get a look at the M3 Lee Mid-production Sahara with Crew in 1/35th scale from MiniArt. 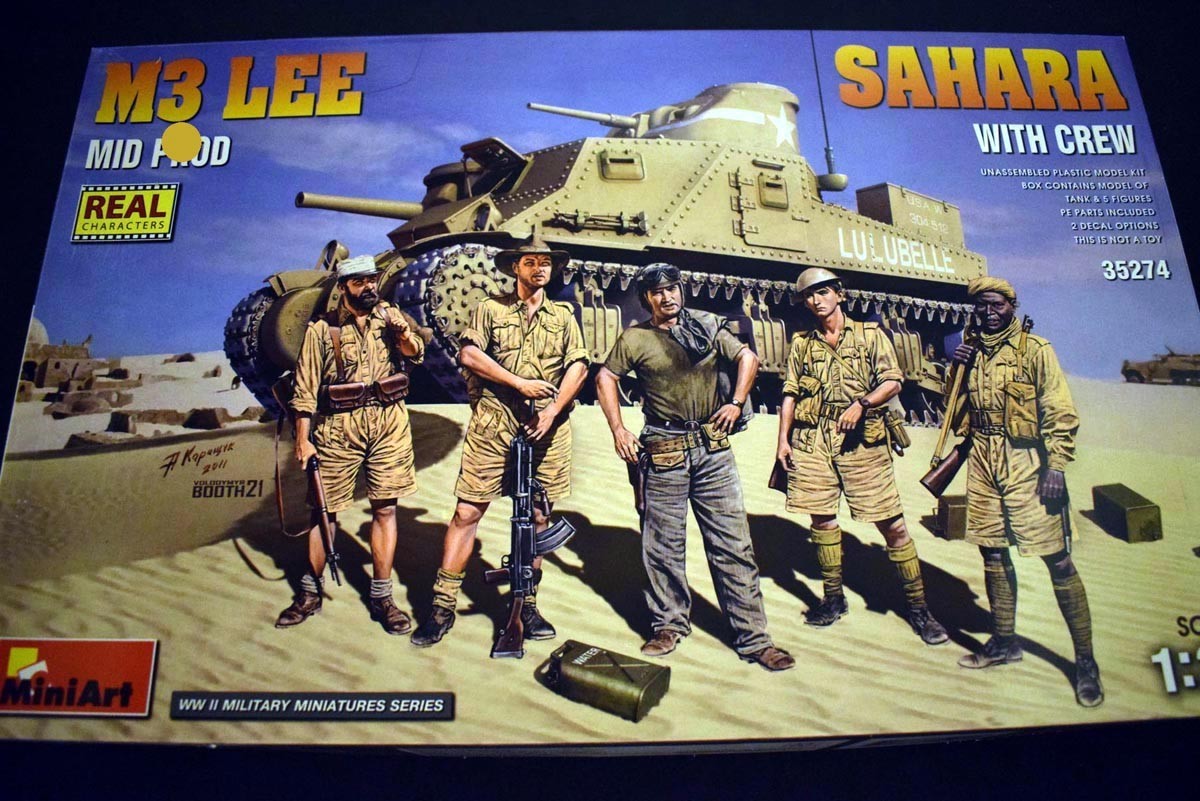 This is partial text from the full article (usually with photos) at https://armorama.com/news/m3-lee-mid-production-sahara-with-crew
2 Likes
HeavyArty November 23, 2021, 10:12pm #2

Looks like a pretty nice set. Personally I would prefer the figures to be from the original movie with Bogie and the other actors depicted.

Seems a nice set, but noticed this - “Jim Belushi, plus a ragtag assortment of stranglers”
OK, I guess that’s a typo, wondering if they were going for stragglers, or strangers, & got the worst combo instead?

I saw both movies, but I prefer the older Sahara movie with Humprey Bogart the best. It’s funny that the older movie had U.S. halftracks used by the Germans, and had German markings on them, and I hate it when Hollywood does that thinking that the movie goers don’t or won’t know the difference,

Well,the original was filmed during the war in 1943,probably Hollywood didn’t have a lot of 250’s and 251’s available to them yet.Not much they could do at the time,had to work with what they had.

I hate it when Hollywood does that thinking that the movie goers don’t or won’t know the difference,

I used to think the same until I changed my mind, it’s a movie and not a Documental… In any other field I would never notice the difference, so why not forget about this? I enjoy movies much more since then.