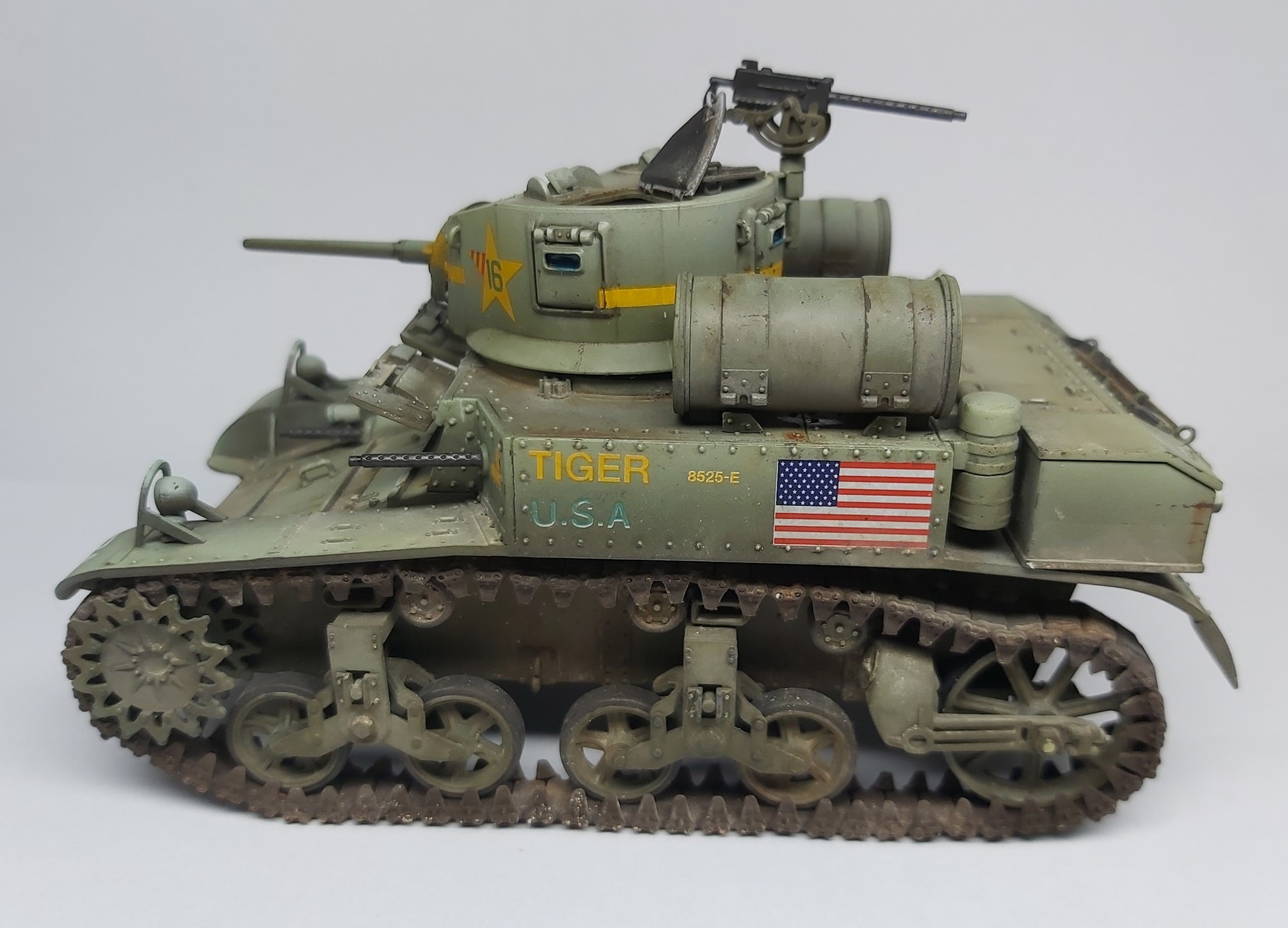 This is partial text from the full article (usually with photos) at https://armorama.com/news/m3a1-stuart-light-tank-small-with-plenty-attitude-inspirations-by-lukasz-bak
3 Likes
creading May 4, 2022, 10:01pm #2

Beautiful job, love the finish. Which kit is this anyone know ?

May I just mention that Academy calls this an M3A1, but in fact it is an M3. They also provide a 50-star US flag when it should have only 48 stars for the WW2 era.

Modelers should beware of the flag decal, however, as Academy has given it far too many stars. There should be 48 for a World War Two period flag, arranged as six rows of eight. They were also parallel, not staggered, as on the modern, 50-star, flag.

Great build, love the paintjob! Whoever came up with idea of those forward facing, fixed .30 cal MGs on either side of the hull scores pretty high up on the list of all time stupidest armor related inventions.

Probably right. But a lot of designs featured fixed MGs, even some that were later than the M3. the IS-2 and T-54 both had fixed MGs.