Dear Armoramans, about to start on AFV Club’s M41A3 - what did its tankers wear in terms of helmet (let’s say the US Army in the late 1950s and into mid 60’s)? Tamiya kit depicts its wearing a WWII-style tanker helmet (M1938?) and I’ve seen reference photos of ARVN tankers either with regular M1 helmets or T56 tanker helmet. Then there are NATO tankers with no helmets.
Thank you in advance.

You have pretty much laid it out in your question. It depends on time and country operating them.

The US used them in the mid-late '50s wearing the CVC of that time, the M1938 (WWII style) leather helmet. As the ARVN used them in the '60s, the US CVC had changed to the T56-6 “Bone Dome” helmets. Other NATO users either used what their radios were compatible with or their standard tank helmets. Many of them, notably the W. Germans, commonly only wore berets and headsets.

Was forgoing the helmet common while inside the tank? My cousin was a medic stateside during Vietnam. He told me of a crewman suffering a severe head trauma during a large field exercise. He failed to secure the hatch in the open position.

James, your first post indicates perhaps that you’re thinking of a SE Asia vehicle finish (mention of “ARVN”) but certainly in Europe there were other versions of headgear, notably different from the WW2-type and the 56 “Bonedome”; I discerned this from some of my Tankograd books. I carried out a bit of Googling and came up with these: 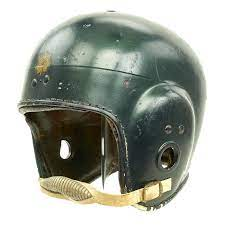 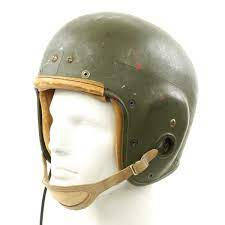 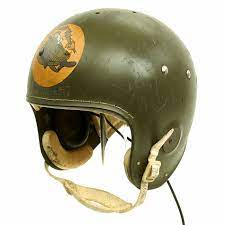 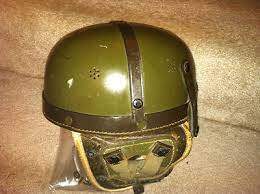 The bottom-most one was purportedly a design made my German manufacturers for the then newly formed Bundeswehr, but they rejected it; it was then snapped up by the US forces in Germany due to a shortage of decent protective headgear.

In 1:35 I should think the Bundeswehr-reject version would be the easiest to make if one filled in the holes on any decent WW2 helmeted head (then add details with plastic card and fusewire say). The others, due to their shape would seem to prove a bit more problematic; I certainly don’t have the sculpting skills let alone any casting ability, yet I was toying with the idea of trying as M60s in Europe were crewed by soldiers wearing these.

These are great, Brian! Thank you. I think I can modify the below (from a crude figure of Tamiya M60) into any of those listed. Yes, I was going to depict an M41 in Germany in the late 50’s. 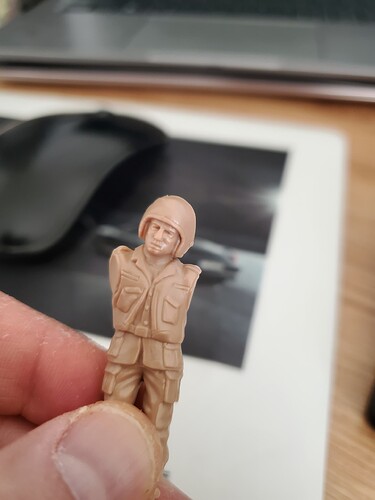 I hadn’t thought about using such a figure as that; I imagine with considerable sanding and a few mods you may well be able to achieve something worthwhile! Keep us posted; I certainly enjoy my Cold War modelling and the 50s in Europe is much overlooked I feel. 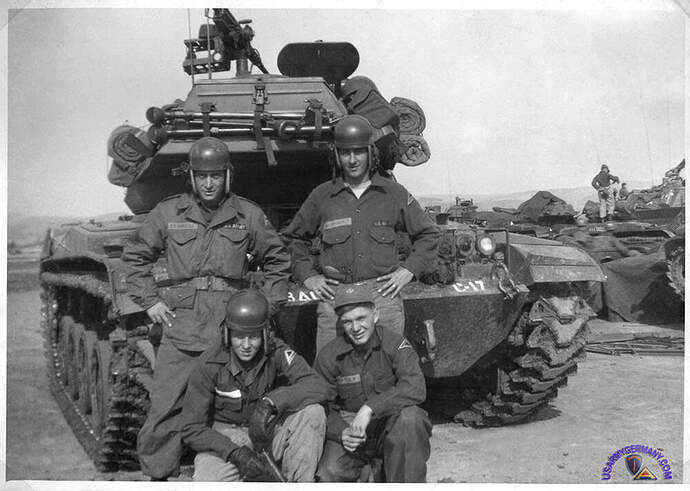 Here is a nice example from that era.

Great pic Carlos; almost got me reaching for my stash.

To be a soldier in that era in Germany must have been almost as exotic as it was to me in '71. God, I miss my Cold War so(!)

Yeah, my dad was there in the 1954 time frame, and I was first there some thirty years later. Similar in some ways and oh so different in others. I imagine it was still heavily destroyed from wartime when he was there in certain areas. 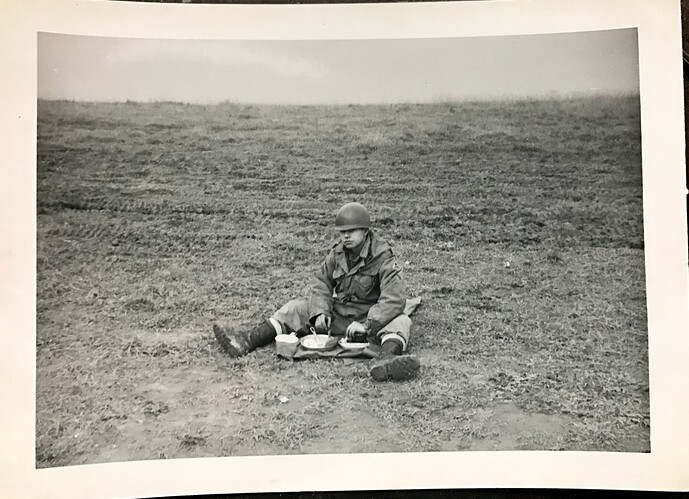 But some thing’s don’t change too much…

Another evocative pic; 'looks like he’s been abandoned by his mates or left behind on exercise (and I know that feeling!)