Hello everyone, sharing my recent work with you - M4A3E8 Sherman in the Korean War

Base kit is Imperial Dragon’s very old 1/35 Korean war E8 from 1994. The kit is riddled with a few issues, most noticeably the wrong positions for the Gunner’s optic amd the coaxial MG in the mantlet. That was rectified with some putty and a pinvise. Putty was also added to replicate cast effect on certain parts. The kit also has the later armored exhaust cover in the rear which only started coming very late WW2 on a handful of vehicles before fhe war ended. The T66 tracks were donated from a Tamiya kit and is still suitable for an early Korean War E8 - these were later replaced with the T80 track as time went on. The turret is also the late type with the oval loader’s hatch and canvas covering on the mantlet. I also added tools from a newer Dragon Sherman. 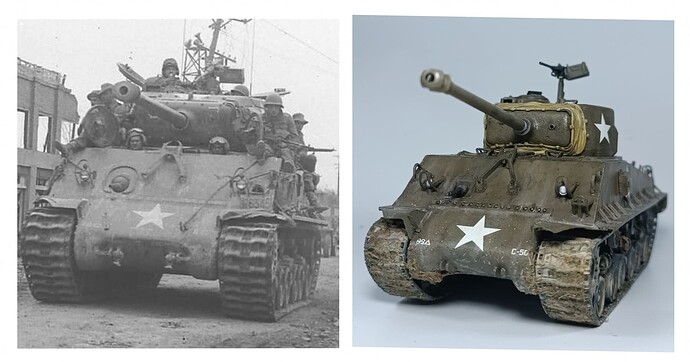 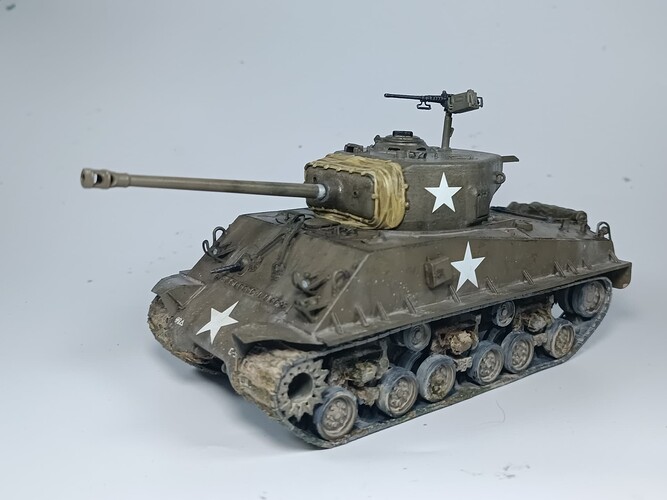 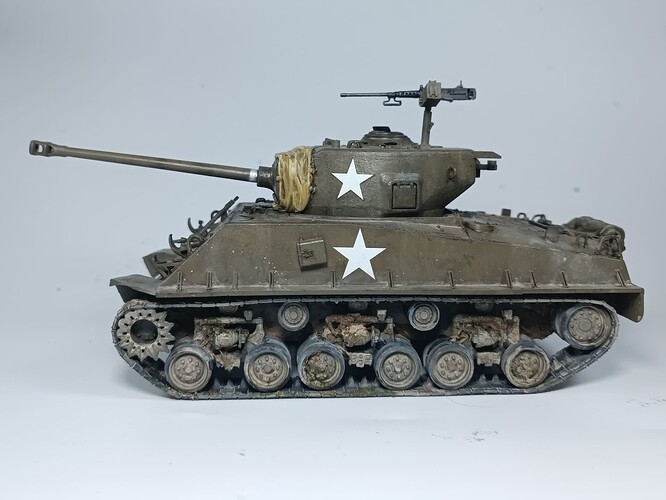 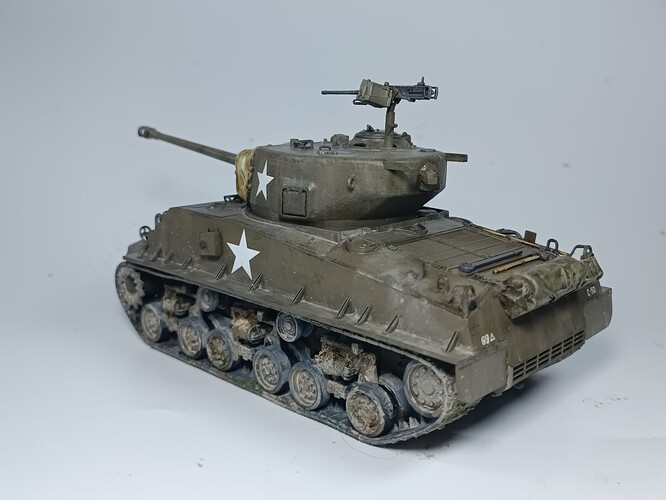 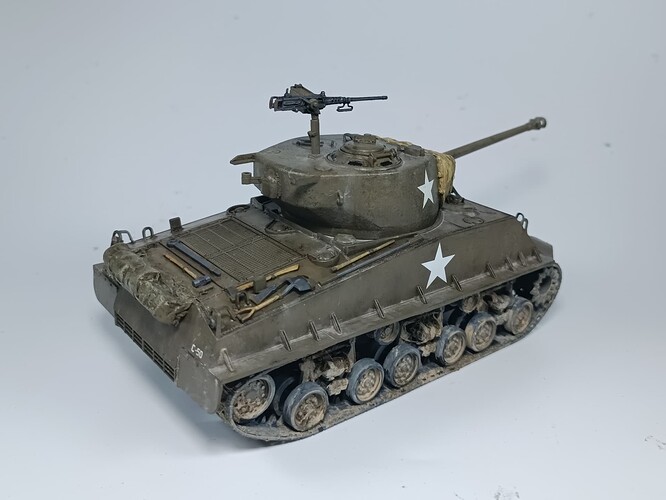 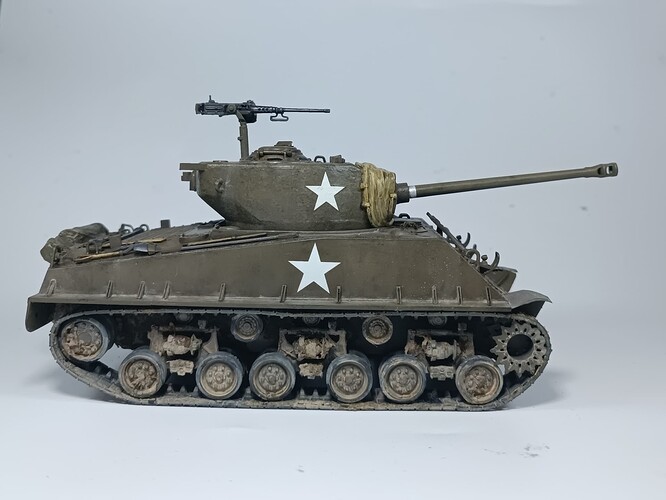 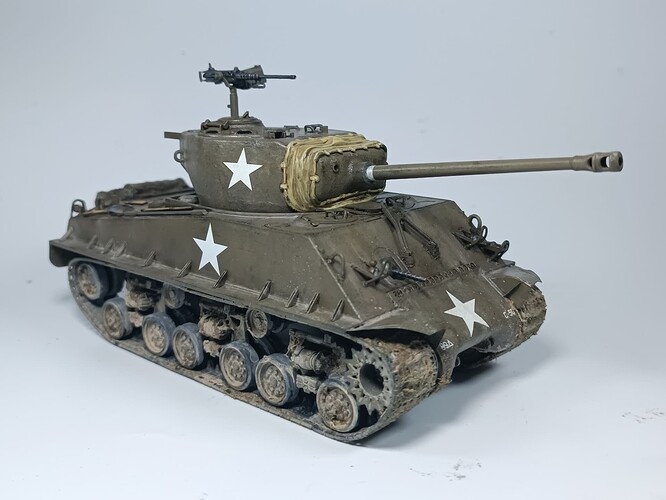 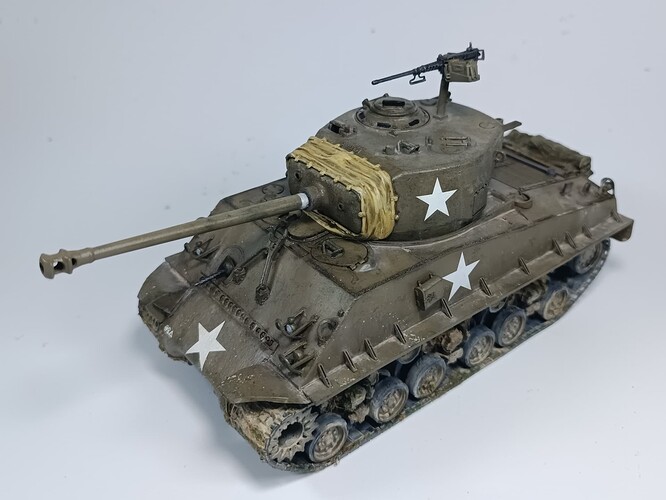 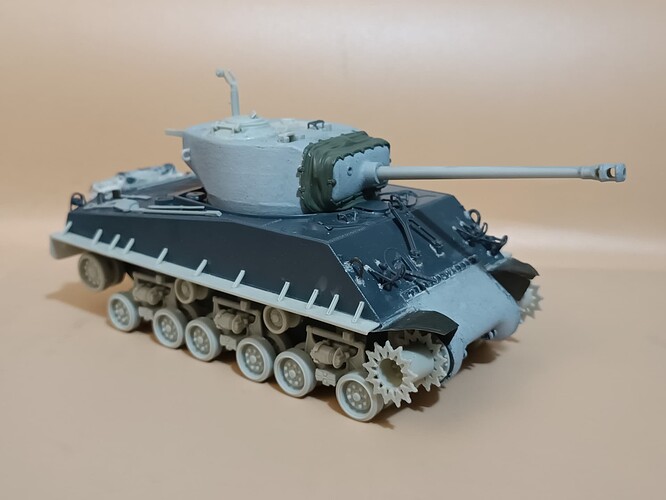 I love the weathering. Do you mind sharing how you do the dusting on the tank? Thanks.

Very Nicely done Nigel. I was expecting the Tiger markings when I first read the title, but nice to see someone do a more mainstream finish. Well done.

Thanks Colin! I applied light streaks of buff/dust colored oil wash around the vehicle, and some of the nooks and crannies. I then brushed most of them off with a lightly wet brush.

Thanks Peter. Incidentally, I finished the Tamiya E8 with Korean War Tiger Face markings exactly a year ago lol. I didn’t do the same for this kit because I could not find a photo of a M4 in Operation Ripper that wore it - it seems that the T66 tracks were replaced when possible in Korea with the later T80 tracks.

Thanks James. Keep up the good work.