Never interested in gun trucks until I watched the program on PBS. Now I am watching this build and thinking of making one.

Here’s a period picture showing the M113 rear ramp and the M54 tailgate on The Big Kahuna : 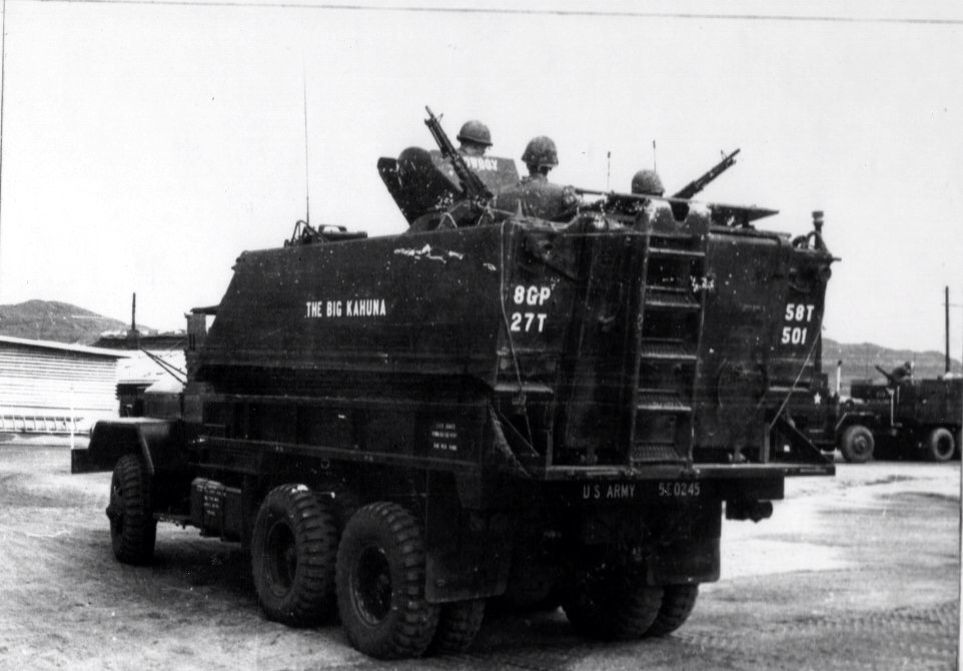 What was the rational for sacrificing an M113 to make one of these vehicles? Why not put M113s or a couple tanks on convoy duty instead? Also, how come no attempt was made to armor the truck cab? Finally, why didn’t they put a lot more effort into armoring the weapon stations? In period photos, the soldiers manning the weapon stations usually look extremely exposed.

The units that operated as convoy escort were Transportation Companies and only authorized the trucks. The M113s were scavenged from ones that had been damaged, as were most of the weapons. The truck cabs were armored with armor plate on the doors and around the windshield area.

Here are some actual ones. 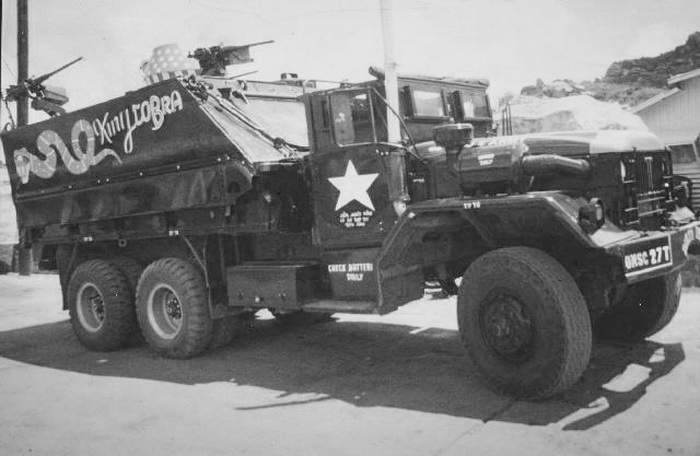 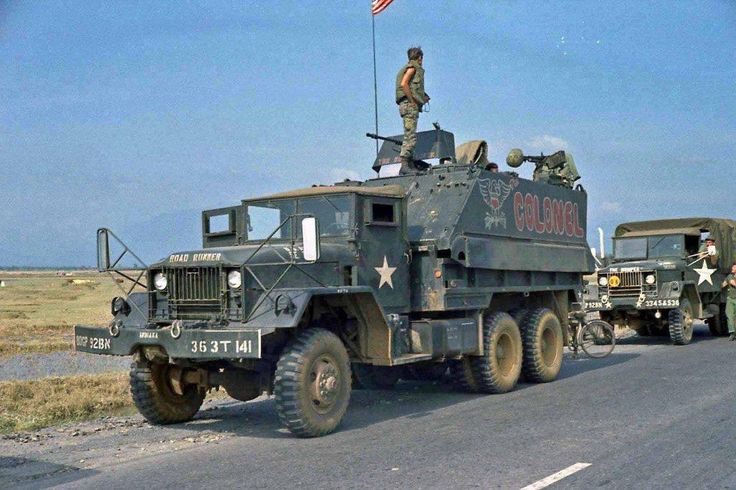 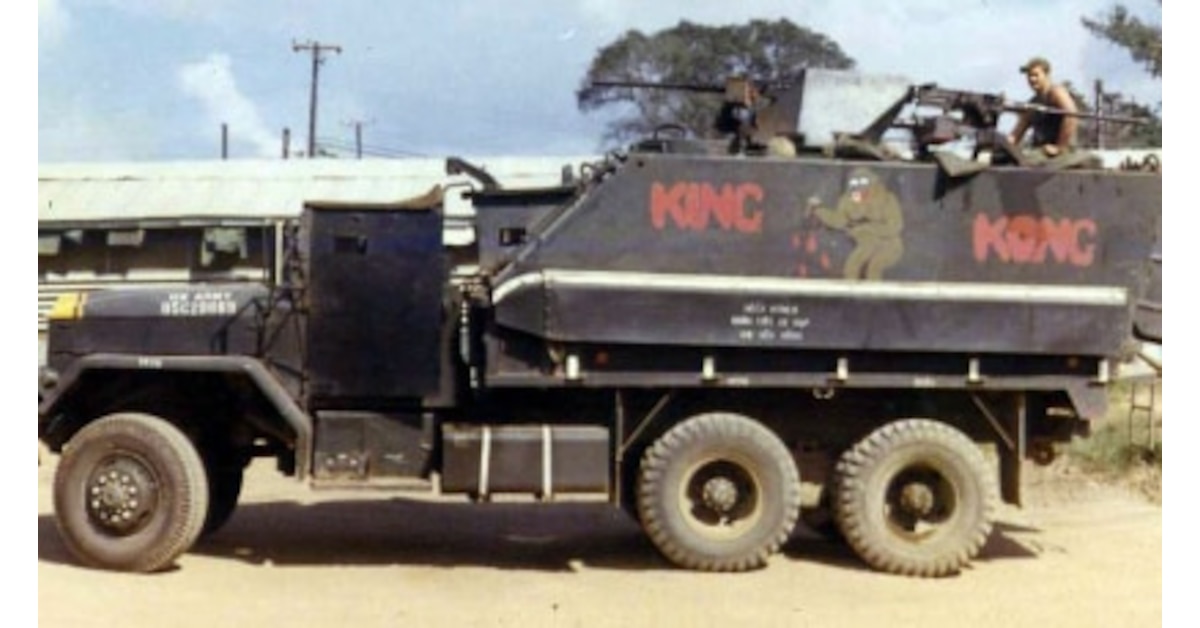 The versions with M113s on the back were the last iteration of them. They started out with simple boxes made out of armor plate on the back and a couple gun stations. 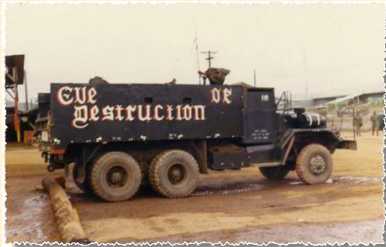 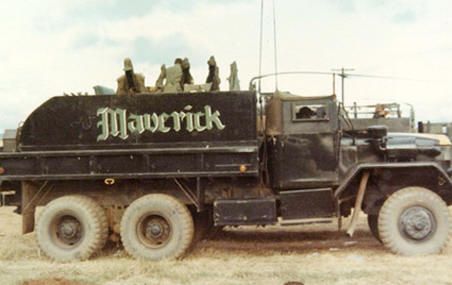 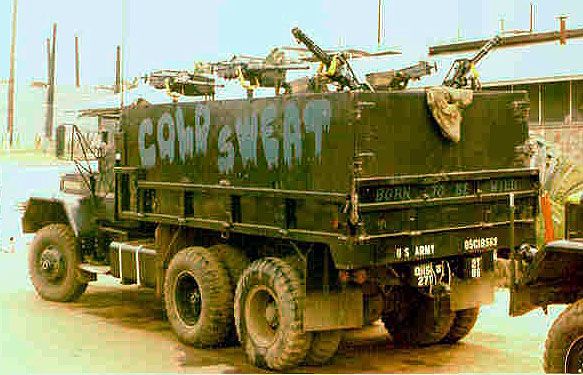 More info on them can be found here: 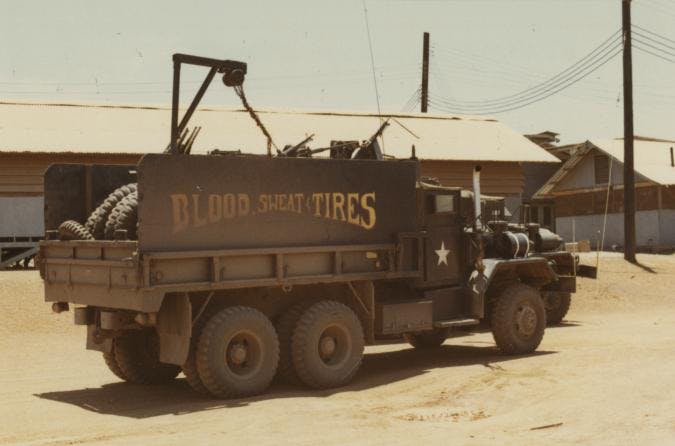 Eve of Destruction, Instant Death, The Executioner, Blood Sweat & Tires, Brutus, Cold Sweat, The Creeper. The names of Vietnam gun trucks read like a heavy metal setlist. With exteriors slathered in black and enough firepower to level a cattle...

Thanks, HeavyArty. I read the article you linked plus about a dozen more. One article mentions that Army command intended to issue M706 (Cadillac Gauge Commando) vehicles to the transport companies, but that vehicle proved incapable because of mechanical issues and the fact a hull penetration was deadly for the crew.

I still do not get it. If your supply lines are constantly under attack, why do you leave it to your truck companies to defend and scrounge for themselves when armored cars, armored personnel carriers, and tanks are readily available? If assigning a mechanized platoon to work with each truck company is a problem, why not restructure truck companies to include a mechanized platoon? Why does it take 7 years to design and field an armored car that does not work and another 5 years of doing nothing to correct that problem?

When I consider the vehicles and solutions designed in World War II, and how quickly they popped into existence, I wonder how so much knowledge and adaptability was lost so quickly. The fielding of the gun trucks itself indicates a level of adaptability, but where was follow on better solution?

I read the article you linked plus about a dozen more

Thank you, Frenchy. I am reading through the paper now. The preamble is poorly written but the case studies that follow are pretty good. In the section on Vietnam, Lessons Learned, the author discusses ambush response tactics and the need for combat units within the convoys which one again makes me wonder why mechanized combat units were not organically assigned to the truck companies. The author also discusses procedures for keeping the roads open using mechanized units, removing vegetation, and so forth. It leaves me puzzled because some of the responses were very quick and logical. Lower level commanders were actively improvising to address the problems. How come the higher level commanders were not more active addressing the issues?

I was also reading more on the Cadilac Guage armored cars. Some writers consider them successful while others find them lacking. They sure went to a lot of countries.

Anyway, the model built by the original poster looks very nice and any model that inspires a viewer to read some history must be considered a great success. That and the Allied Trucks thread inspired me to order a couple trucks. Who knows. Maybe I will even build them.

makes me wonder why mechanized combat units were not organically assigned to the truck companies.

It all comes down to resources. Combat commanders did not want to give up armored vehicles and personnel to defend support troops. There were only so many combat units to go around. Just the way it is. The truck companies are supposed to be able to defend themselves.

I accept that ‘it is what it is’ (or ‘was what it was’)
but I can’t help thinking that it was shortsighted.
Defend the ammo and other supplies being transported
or keep your unit together and risk losing the supplies …

Oh well, I wasn’t there and I’m not in a position to judge their decisions.

I can’t help thinking that it was shortsighted.

History repeats itself as well. The same hard lessons were learned in the early days in Iraq. The US military just wasn’t trained for dealing with an insurgency where your supply lines are under attack. All through the Cold War era, we trained for a huge, conventional war with the Soviet Union across Europe where there would be defined front lines and your rear area would be secure. 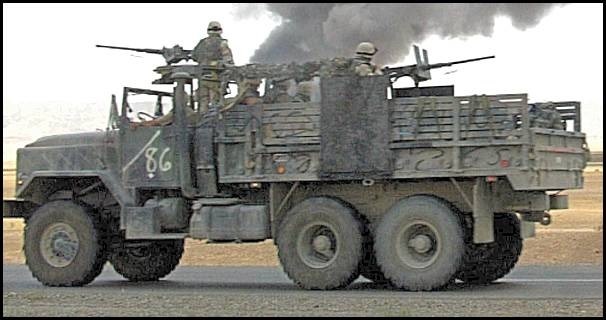 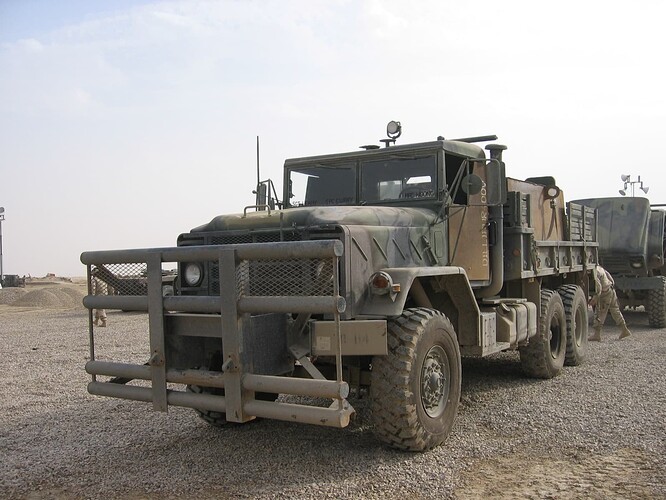 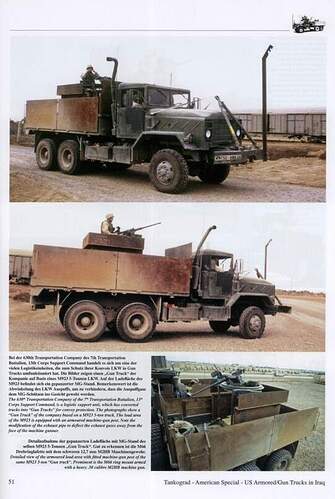 As time went on, tactics were improved and specifically made armored guntrucks were fielded. It was still the Transportation Companies’ responsibility to provide their own local security though.

Happened with the Soviets in Afghanistan as well. Not only no training on how to deal with a guerilla war, but no specific overall objective to begin with. Even Vietnam had its own Vietnam war in Cambodia.

The British made the same experience in the Boer war, they invented concentration camps to
prevent the Boer troops from getting logistics support from the “civilian” Boers.
Doing this in Afghanistan, Vietnam or any country with a large/largish population would be a HUGE logistics challenge and require LOTS of troops to keep each and every camp securely locked down
and protected from attacks by local concentrations of enemy irregulars.
Each “garrison” must be more powerful than any local concentration of iregular troops the enemy can organise. Multipluy this size with the number of towns and villages that need to be secured.
Modern surveillance technology can give some advance warning but ones own troops may also need some time to concentrate in the threatened point.

History repeats itself as well.

At least the USA managed to wipe out a huge number of major terrorists, including Osama bin Laden himself, so we didn’t waste our time unlike the Soviets. Too bad we tried nation building in a region where it was impossible.

The white paper Frenchy linked contains a lot of very interesting information. I am still reading through the Vietnam section, which details specific engagements and the actions taken by the transport companies after each episode. General Abrams flew in to watch the first major ambush, came down to speak with the truckers, and was obviously aware of the problem. Armored personnel carriers and tanks were immediately deployed to protect Highway 19, concentrated at check points along the road. Those vehicles became involved in most ambushes, but since the North Vietnamese Army engaged convoys away from checkpoints, they were always rushing to the fight.

I still find it very interesting that the truck companies were left to fabricate their own guard vehicles and the evolution of the gun trucks over time. So far, I have not seen any with spaced armor or anti-grenade screens like the Germans used in World War II. They remind me of M3 Halftracks.

One could make a fantastic and completely historic diorama including Gun Trucks, M48s, M113s, 2.5 ton trucks, 5 ton trucks, fuel tankers, and whatever engineering vehicles were in use at the time.

The larger M54 5 tons were the preferred guntrucks since they could carry the extra weight of all the added armor. 2 1/2 ton trucks couldn’t handle it and ended up with broken rear axles and frames.

Hi guys,
I’ve already posted this interview elsewhere but thought it might be of interest in this thread:

Milton Jones (U.S. Marine Corps Veteran) discusses how upon his arrival in Vietnam, he was left to his own devices in getting to his Unit. He mentions avoiding catching a “Rough-Rider” convoy while making his way up to Khe Sanh…

I actually found the interview in its entirety quite moving.