I’m trying to add some detail to an M577 kit I did a few years ago. Does anyone have any good photos showing where the ramp cable attaches to the ramp or where the cable passes over the pulley inside the door frame on the LH vehicle side? 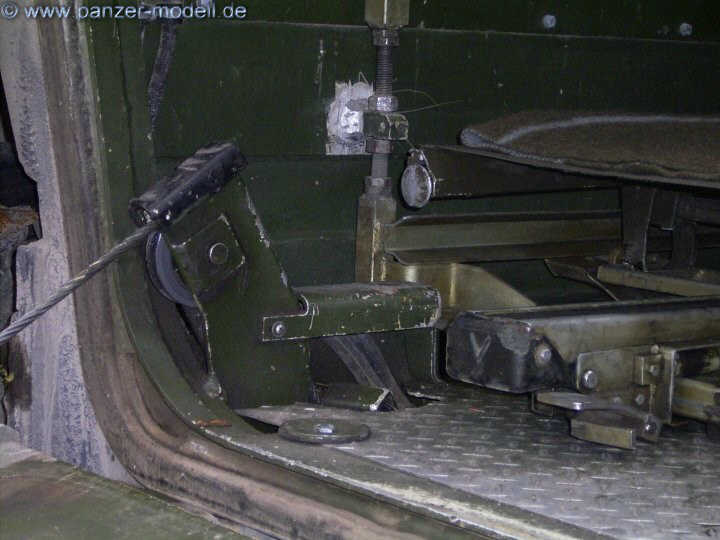 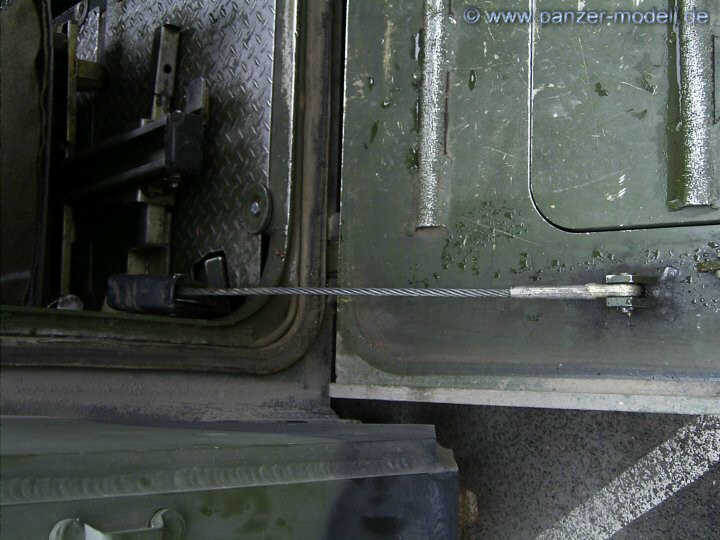 Frenchy, I don’t know how you do it but you ALWAYS seem to have exactly the right photos anytime anyone needs assistance.

You’re welcome. On side note, you can find a 3D printed pulley on Shapeways (Mike’s MS Productions) and it’s also included in Eduard PE set #35426…But I guess you could scratchbuild it just as well

Thanks for the additional great information. Given that I’ve already built the kit, it hardly seems worth buying the entire PE set at this point. Adding an entire PE set to a completed build is usually a lot of trouble as most of the items are much better done while constructing the kit.

Oddly enough, doing some checking I realized that I had already purchased the M577 PE detail set and used much of it in building the kit originally. However a lot of the M113 interior detail items were NOT included in the M577 kit. Had I realized that there were additional items in the M113 set that were applicable to both I probably would have purchased it as well.

Thanks again for the magnificent assistance, and I’ll be adding this kit soon as part of an entire series of vehicles done in the MASSTER paint scheme.

I highly recommend the 3D printed ramp pulley’s. They are really nice. I have bought them for all my M113s; well worth the price.

These are really nice, and if I had been at a different point in the process I’d I’ve loved to use these. But I scratch built one last night that I’m reasonably comfortable with.

I’m in the process of going over all my vehicles from my 1st Bn 2nd FA collection which are from the 1973-1974 period in MASSTER depicting my time in Bravo Battery. I have at least one of every type of vehicle and trailer assigned to the Battery during this time and I’m planning on posting the collection as soon as I’ve finished going over them and touching them up a bit. Several of them have been around for close to 35 years or so and there are a few things that I’d do now that I wouldn’t have back then.

Not the best angle but I didn’t have time to put the ramp down. 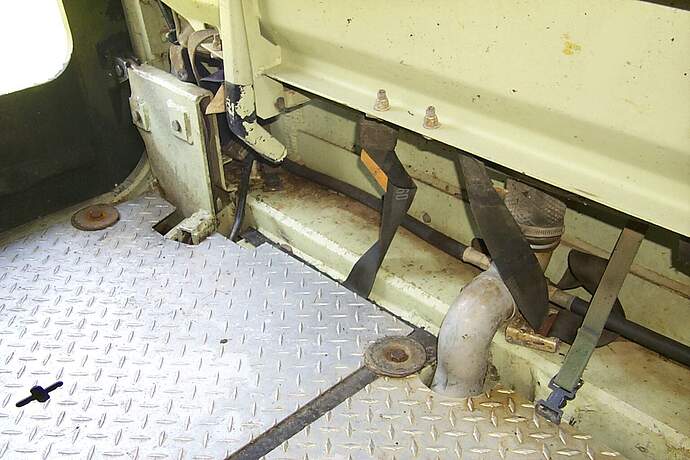 Interesting. This one seems to have two pulleys for the cable. All the other references I’ve seen only have one.

I’ve scratched built the system and it doesn’t seem too bad to me. I wanted to represent the ramp horizontal to the ground which is how we used it in the M577 as an FDC track, with the chief computer sitting at a table on the ramp and looking out into the tent where the chart and the FADAC operators were.

And because I used a silver thread for the cable, I can still close the ramp, although when I do, the cable folds rather than retract. 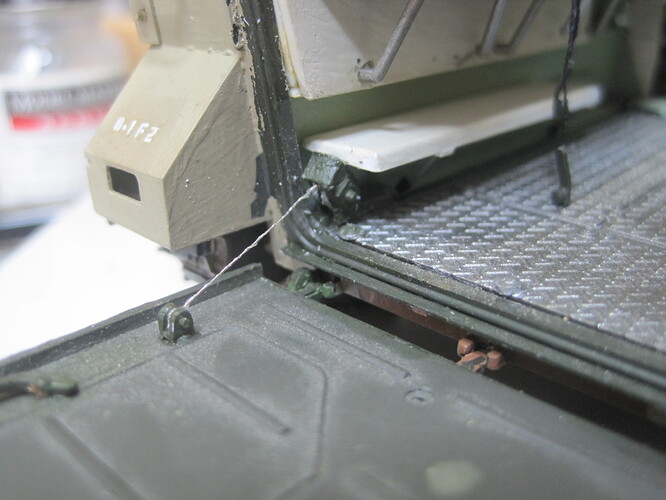 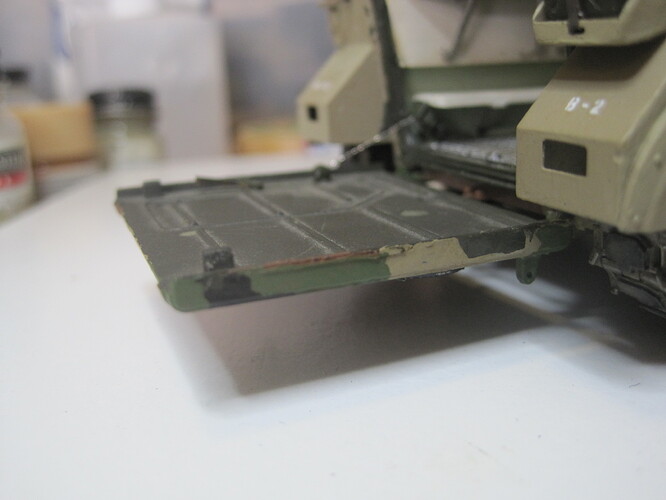