While searching for FV432, I came across his video.https://www.youtube.com/watch?v=TQBSsnxuLjY
From the 4:40 minute mark, you can an M60A3 in Berlin Urban camouflage.

Wow that’s awesome! That would make a great m60 project and diorama.

Very interesting. I wonder how many from the Berlin Brigade got painted up in the urban camo?

Hi!
There are stills availabe in the net. I do enclose these ere. They are from official archives. That must have been a test only, 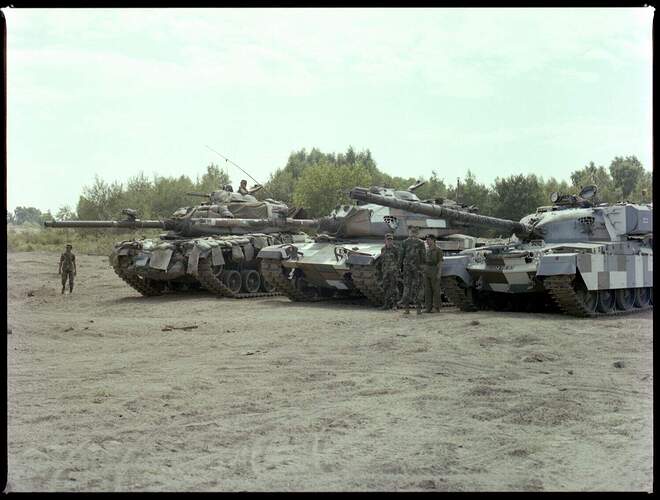 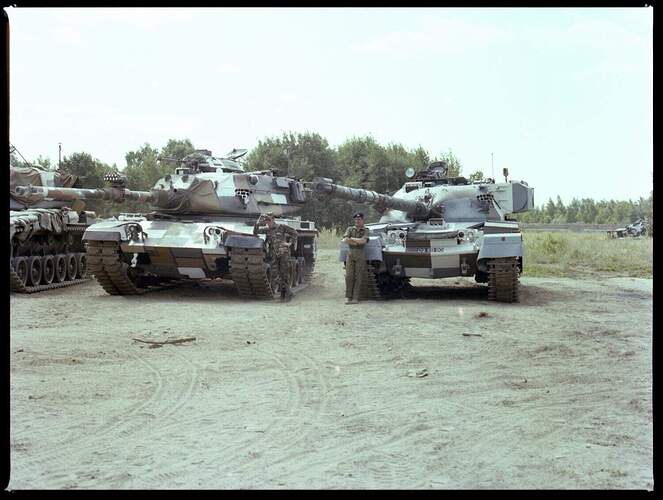 Translates into:
Fighting in built up area of the U.S. Army on the training area at Osdorfer Straße in Berlin-Lichterfelde: two M60 MBT of the Berlin-Brigade and one Chieftain MBT of the Berlin Infantry Brigade in Berlin Camouflage an an exercise in der Doughboy Fighting City.

The US unit was for a long time F Coy 40th Armor in Turner barracks, called the “Turner tankers”. When they left Berlin, they had transitioned to M1A1 in NATO camouflage.

The French also tested the urban camouflage on single vehicles. However, neither the US nor the French did introduce it before the iron curtain fell.