Hi,
I have seen this picture of the M88A2. Has anybody more indepth info or pictures on the commanders cupola?
Looks like an M1A1 version. 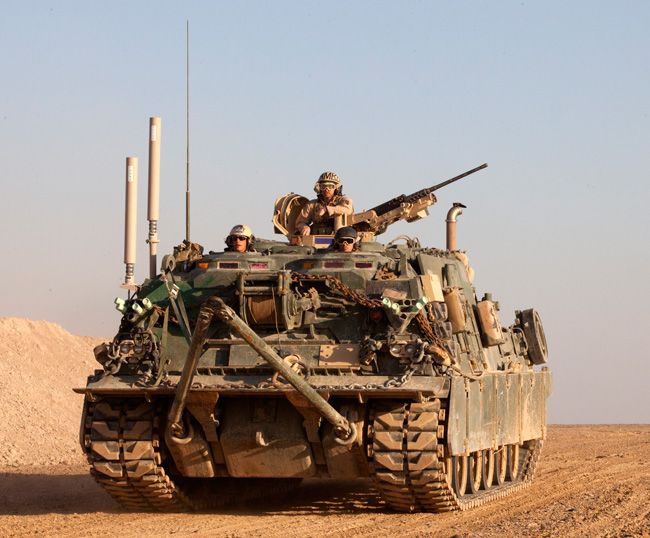 I think that’s an M88A2. The road wheel count and tracks?

It was a USMC M88A2. The M88A3 has not been bought/fielded by the US military. At the TCs position is an M1A1 CWS (Commander’s Weapons Station). A few years ago, as M1A1s were being rebuilt into M1A2s, the USMC started putting the left over M1A1 CWSs onto their M88A2s. They used them for a few years, but have now turned in all Abrams and support equipment as the USMC is no longer using tanks.

They used them for a few years, but have now turned in all Abrams and support equipment as the USMC is no longer using tanks.

Are we sure about all the support equipment? I could see them using M88 still for the AAV’s. I thought the combat engineers had the M1150’s, they would still need the 88’s. Don’t know, just asking.

Maybe they still have a few for AAVs and M1 ABVs. Sounds like they are getting rid of most though.

I am actually not sure they are keeping any though. CMC38 Force Design 2030 lists divesting of Bridging Assets and all tanks since there is no longer an emphasis on extended land warfare. I am guessing they will also divest all M88A2s and M 1ABVs since they were also to support tanks and tanks breaching obstacles.

Wow yeah I remember reading about this a while ago but didn’t think they’d actually go through with it. So no more Marine tanks … until the next protracted land war lol.

You are absolutely right!