I just saw that TACOM has cut the contracts for the M88a3 (least wise the power packs). It will use the X1100-5b gear box and somekind of a diesel engine. I suspect the Lycoming flat 12 cylinder engine, as all the data is in the book for that combo. The final drives are a new design, and may be the new design I once ran across in experimental testing area. The power pack has already done the 25K hour test (real tough test) several times several times with the basic M60 engine.

Part of the main criteria for the upgrade was to be able to tow an M1 tank with one M88 instead of two. The lower hull will be similar, and most revisions will be with the upper hull. I honestly think we’ll see a new engine (16 cylinder?) as there was one developed.
gary

The hull looks the same as the M88A2. It seems that most of the mods are internal and w/the suspension. 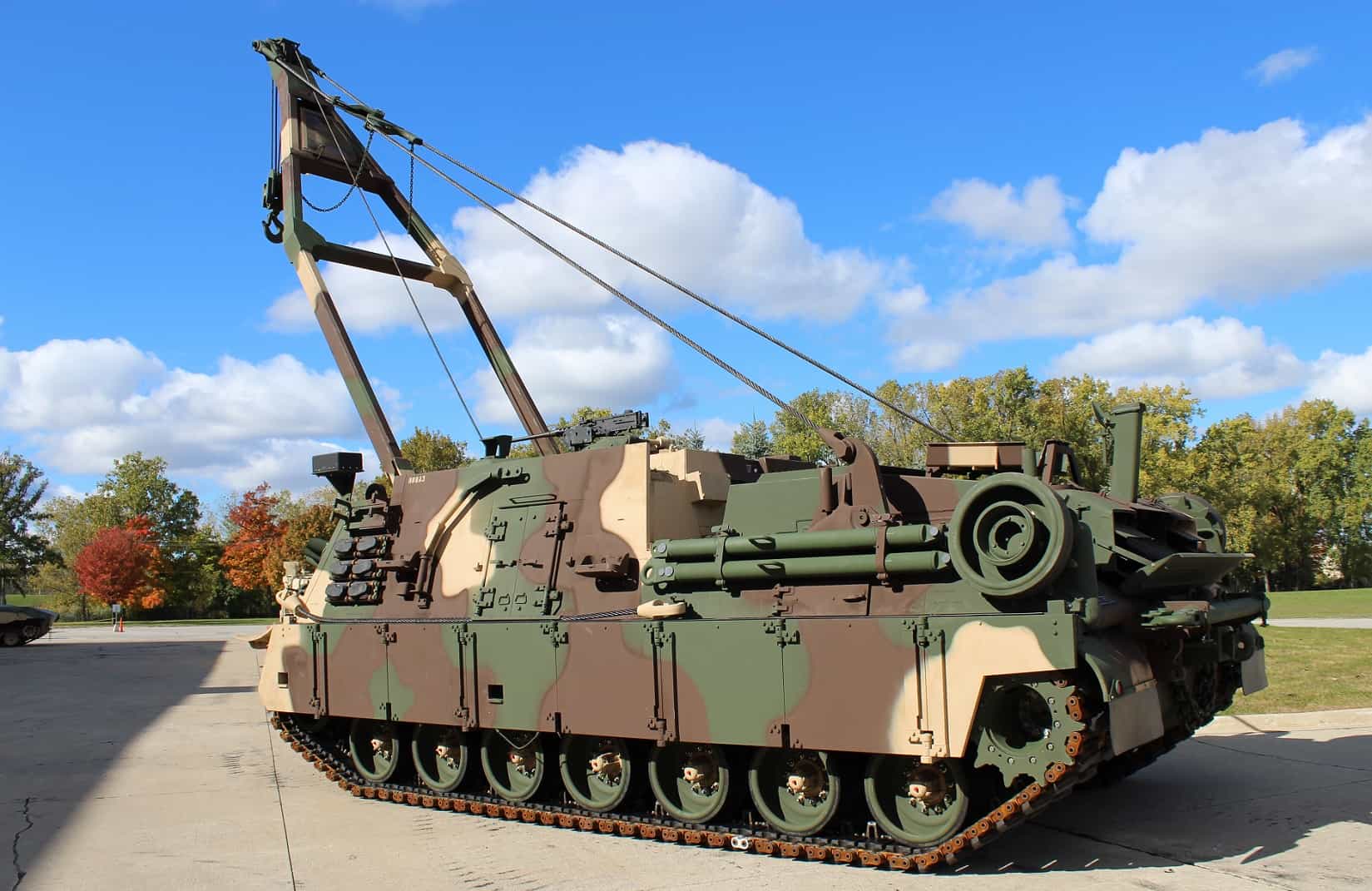 This pics shows the new hydro-pneumatic suspension units (HSUs). It also has a 7th roadwheel.

…somekind of a diesel engine. I suspect the Lycoming flat 12 cylinder engine…

The M88A3 Hercules will be powered by a Caterpillar C32 ACERT V12 diesel engine.

Wow awesome. How long before we see a kit of this beast ?

We still don’t have a plastic kit of the M88A2 Hercules, so the A3 will likely never be kitted. How was the seventh road wheel added? Tight spacing and smaller diameter wheels? Also, that camo with sand, not black, looks off. I know it’s not NATO, just looks off.

If it were a kit, I’d be in for one. Engineering vehicles rock.

It is not an engineer vehicle. It is an Armored Recovery Vehicle (ARV) used by maintenance sections. 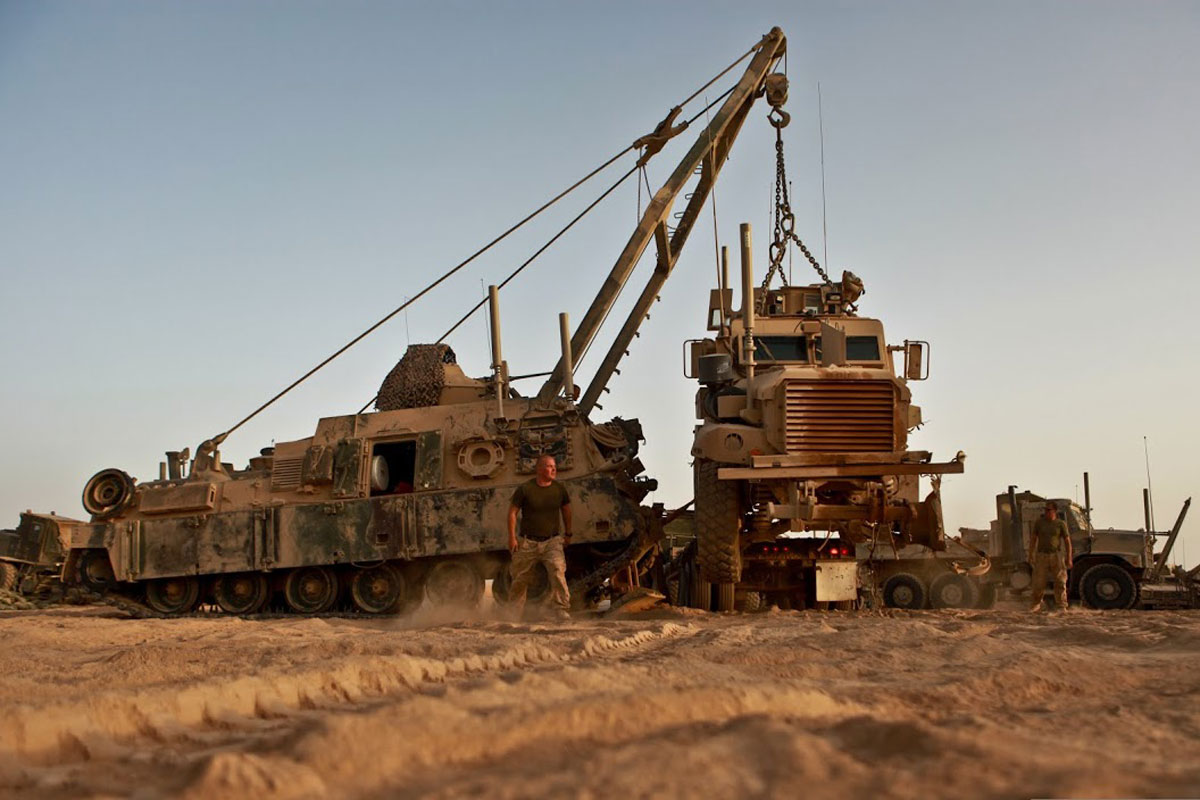 As to the 7th road wheel, they are much closer than on earlier, 6 road wheel versions.

Nothing more to add other than this is my second favorite military vehicle. I bought the Legends A2 kit and the base kit to glue it on but haven’t started it yet (typical me).

the power pack is kind of a blow to Twin Disc and Lycoming. The CAT engine is interesting as pretty much all their stuff is sourced to China these days, how they got around the contract rules may bring in protests. I’D have thought Cummins. No matter who it’ll be a domestic venture. Had they gone the Cummins route the tax payer would be a hundred million dollars ahead in tooling alone. Besides the motor has not made it thru the 25K hour test required by TACOM. Trust me that 25K test is a bitch on a good month. It isn’t just running, but running under hard loads and a lot of stop and go stuff. They may do the M1 final drives as they are good for at least 6800 ft. lb. of torque.

I’ve seen photos of the same basic hull with a different boom system. Never figured they’d go for the X1100-5 transmission, yet it’s 80% tooled up as I write this. The big difference is that it doesn’t have the step down gear box built into it, and you must make some changes to get it done. Machine time will be an issue as they are going to do some other stuff based off the AAAV project. I see no more than twenty five a month, or about two weeks a month.

More work and nobody to do it!
gary

I have that in the stash. I want to do an Aussie one, just need to get the courage up… and do another chunk of resin kit 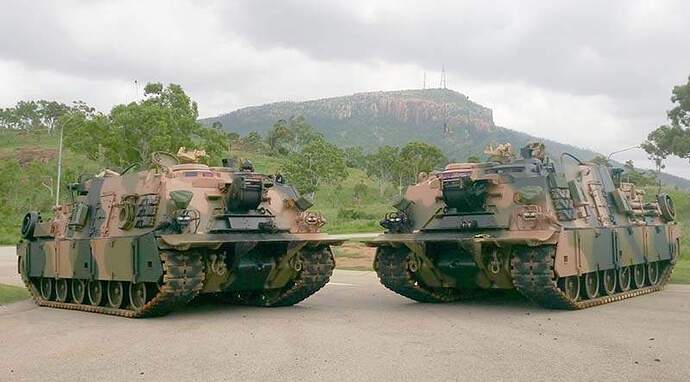 See, now we need Heavy Arty to scratch one up - SOME styrene factory will be announcing an M88A3 the very next day.