The new Hobby Boss M911 C-HET kit w/64 ton Talbert lowboy trailer is now available at Sprue Brothers. This one has been a want item for many w/the Talbert trailer. This was the more common set-up for Operation Desert Shield/Storm in '90-'91. 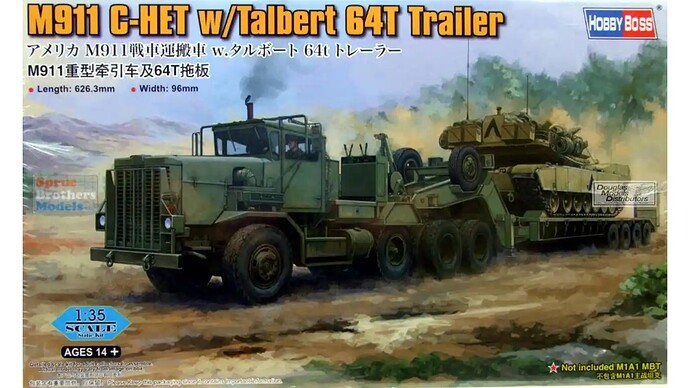 I wonder if it was any happier hauling that M1 Abrams than the M747 from the earlier models? Pretty sure that thing is past load limits.

It was a little better, but didn’t really do much better, it was just more common. The Talbert trailer limit was 64 tons, the M747 limit was 60 tons. An early M1A1 was about 68 tons. The combined limit for the M911 tractor was right about 69 tons. So they were both taxed to carry them. That is why the M1070 HETS (88 ton load capacity) was developed right after ODS.

Maybe they will offer the truck and trailers as separate kits. The way the sprues, PE, and instructions are laid out, they are completely separate from each other. We shall see.