I’ve heard about how the US Army in Europe had to color their brown boots black, and there was a status in having served in the “Brown shoe” army. But what did the US Marines do?

Korea was a transition period. WW2 brown (rough out) stocks were used and black was introduced.
I think the Marines got that started early 1950’s.

The US Army started transitioning to black boots post Korean war, in 1957. The wear-out date for the brown boots was 1965. I suspect the USMC followed a similar timeline.

Marine boots (black) model 1951. Prior to that M1948 boots (russet brown) closely resembling WW2 jump boots but without the angled front edge of the heel.

My Marine buddy who enlisted in the 1959 stated.
“Black boots were in since late in the Korean War (we were issued black boots in 1959). After the jungle boots of Vietnam we started back to black boots (they were poor quality and just like the Army boots).”

In Korea during 1950, pre winter and shoe pacs for the cold weather, the Marines were still wearing boondockers, probably brown, and canvas leggings. 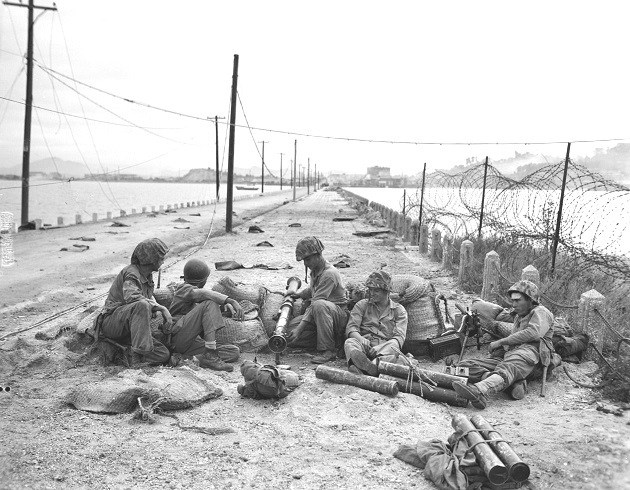 I sent him your link and I found the reply interesting.

The M1951s were fuzzy so you had to use a glass and shoe polish to smooths them so they would shine. They were great boots.

Many accounts of Marines in Korea circa 1950 mention Marines of the 1st Marine Provisional Brigade, built around the 5th Marine Regiment, still in boondockers with leggings. Some of those narratives suggest that the Immun Gun were very much adverse to mixing it up with Marines whom they identified by the wearing of leggings. As the Korean conflict progresses into 1951 and beyond, those stories seem to taper off.

As to the Army wearing brown boots. I enlisted in the Army in January 1962, and on arrival at Fort Jackson, many, many, people in my company were issued brown boots and two bottles of black dye. I happened to get lucky and got black boots from the start. So the take away from that is that brown boots were issued as long as stocks lasted.

As far as the quality of the boots issued subsequent to my enlistment, the infamous MacNamara boot, could only be described as a piece of c**p, and that is being quite generous. Never wore them myself, as I would buy my own. When you are in the Infantry, there is only one thing more important than your boots, your weapon. 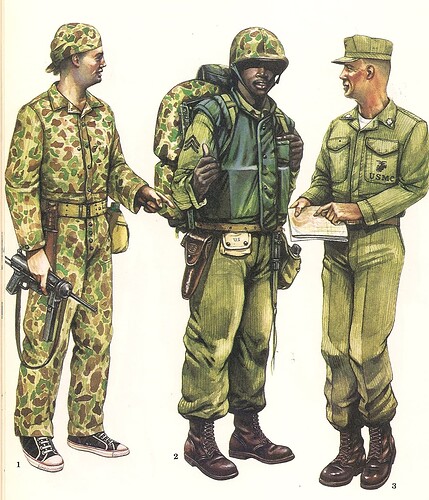 At least one of those pairs of boondockers survived brand new to end up at Great Lakes were I drew them from supply in the late 90’s. I was USNR and taking part in a new 2 week bootcamp that compressed 8 weeks into 2 weeks. First working day the DI that my Bates wouldn’t cut it even though they matched reg’s and got me a pair. 2 days later my feet were hamburger. Moleskin was my friend, a few days later in formation and the base CO was doing an inspection, stopped, looked at those boondockers and dressed the DI down when he found out they gave me 1 pair only cause he could tell without looking what shape my feet were in. Typically you got 2 pair and alternated days, off day softing them up w shaving cream. Ahh the joys of Great Lakes in February. My heart goes out to every Marine that marched in those ‘boits’ without breaking them. They claimed it was leather, I think that’s still a matter of debate.