I have never built a WW1 vehicle and a Facebook group I belong to is doing a WW1 themed group build, so I decided to do a scene of the first tank on tank engagement. I just completed the Emhar Mk.IV “Male” (and have the Tauro A7V going with it later). It was a fun build despite being such a dated and simple kit. I did make one major goof on it, the sides I put on upside down. It first perfectly, but the sponsons sit too low and too far back because of it. This will eventually be part of a diorama, so I can have some bushes or something it is driving through to hide the fact that they are too low and too far back. Despite that, I am pretty happy with the way it turned out. 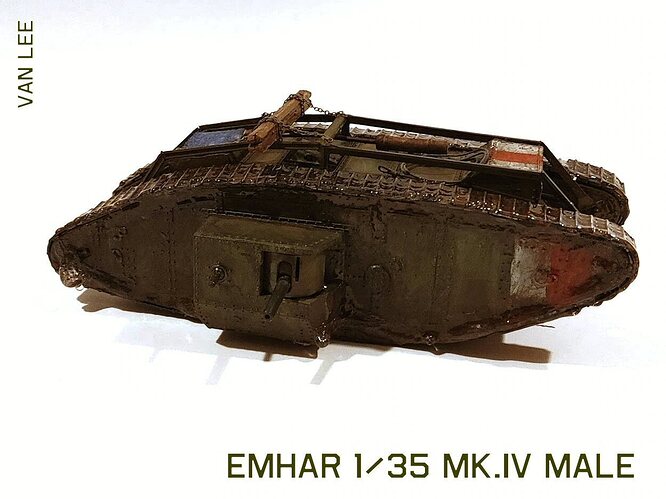 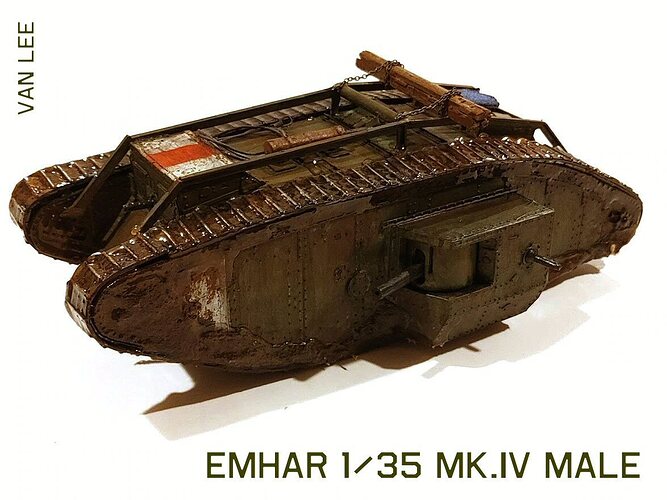 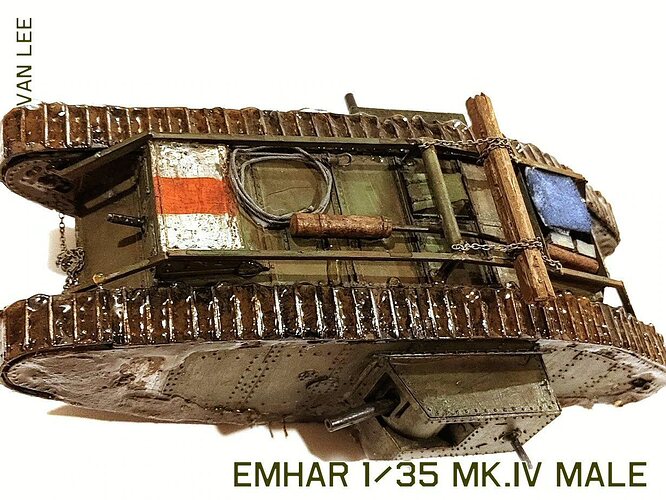 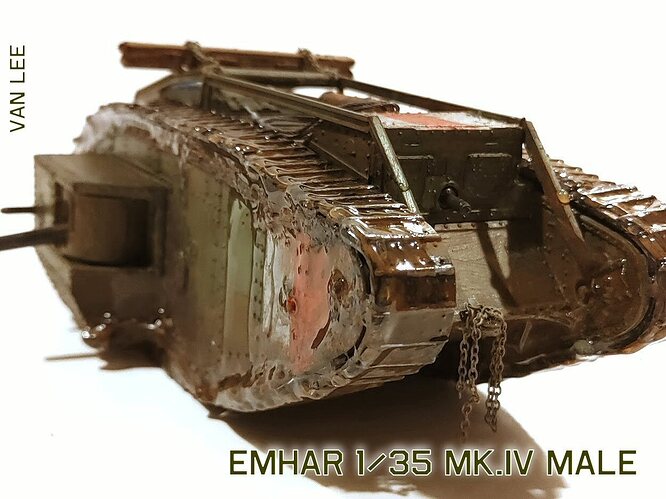 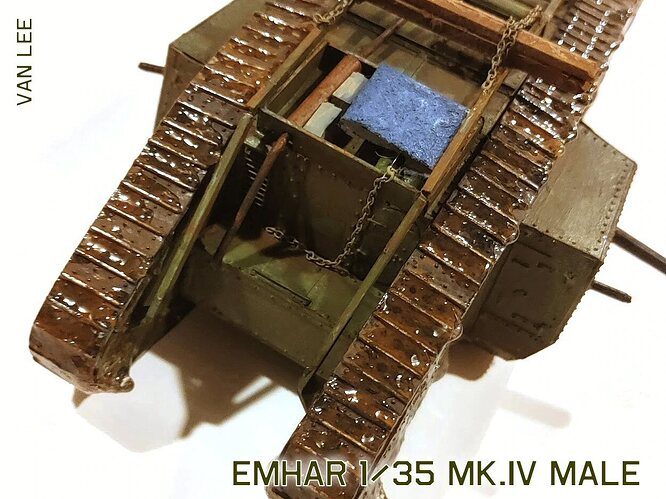 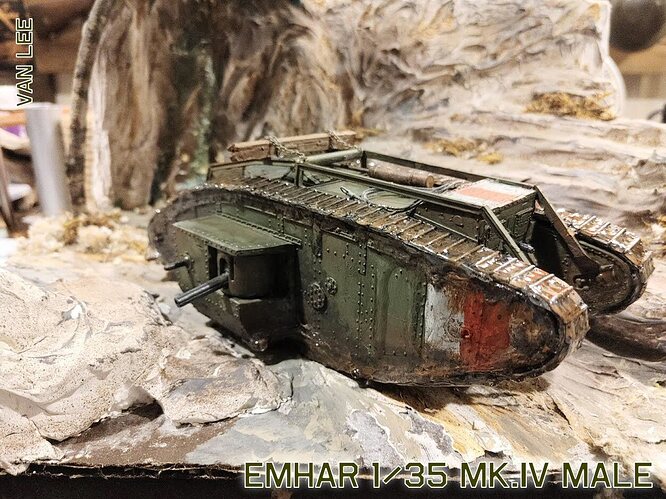 That looks very good! I love the mud! Even though you had the sponson mess up it still looks amazing!