How would you guys go about masking the rear turret on this avenger? The turret had to go in before the canopy, and it was too tight a fit to leave the masks on. I am thinking of slipping some paper in between the fueslage and turret and making some sort of tent for it, but the clearance is really tight 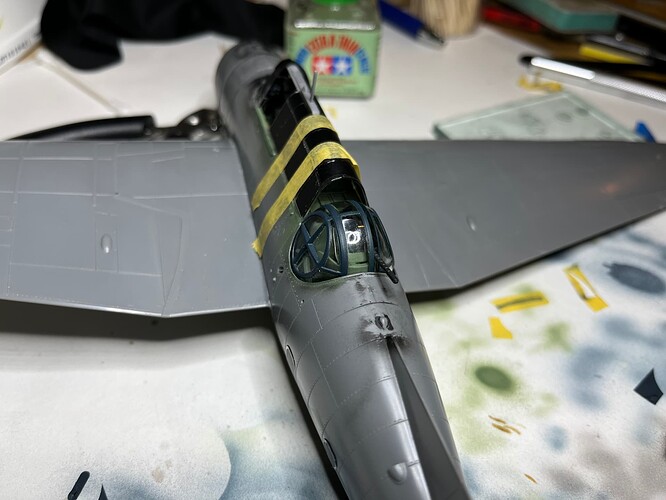 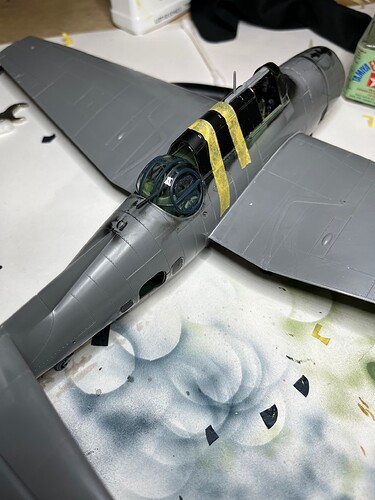 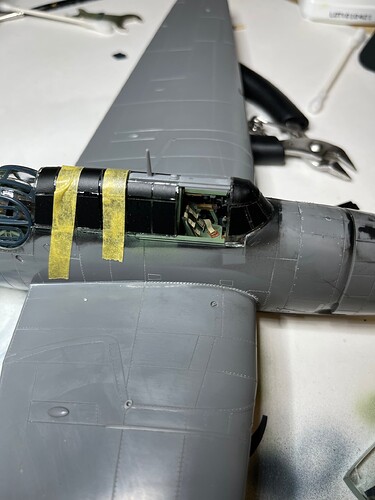 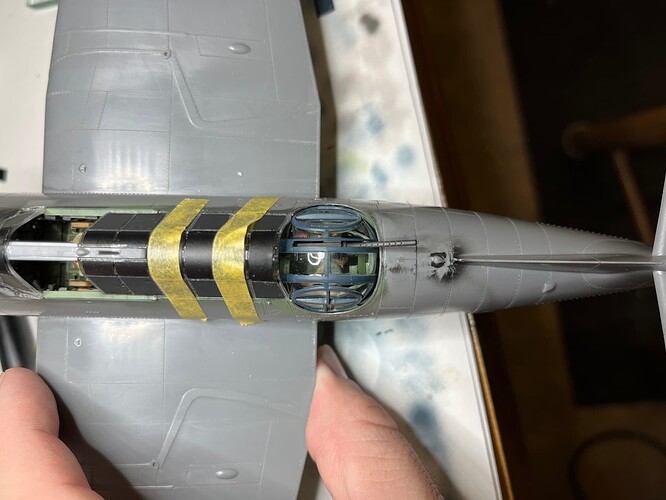 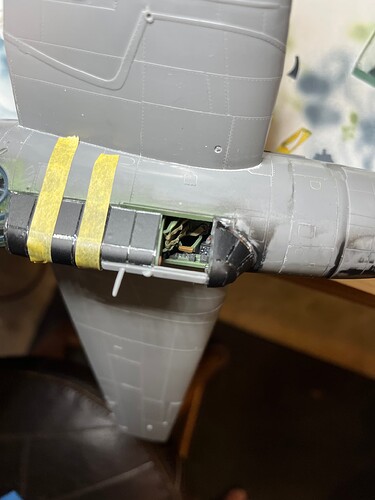 I would try ordinary printer paper and sliding it in between the turret and the canopy just as you’ve already figured out yourself! You can seal off that using tape.

One further tip is using a masking fluid (I like MicroMask a lot) to seal between the paper and the canopy and also seal where the paper meets itself when you have wrapped it around the turret, you don’t want any paint mist to enter below an Avenger canopy! Use the masking fluid sparingly, they can be tricky to remove if using too much (it is a bit like a glue really).

Recently saw a youtube video on painting figures by Martin Kovic who masked off have a figure with something called “Mr Hyde Masking putty”. He was able to work this into and along a belt line or a coat line and he peeled it off easily and painted on the covered part with no residue. Seems like the kind of stuff you could work into the space between the canopy and fuselage or the ball turret and fuselage and then paper sealed with the putty between the canopy and turret. Seems like it can be rolled thin and then pushed into cracks and crevices with a toothpick or other tool. Have never seen this product, but looks like it might serve your needs. Jack

Cheers! I’ll take a look. This has been the toughest masking job yet. There is a lot of glass on this bird and a bunch of openings in the glass

I’ll take all the ideas and help I can get

@DAKjunkie Didn’t think about that, that’s a very good idea! I even have a tin of the stuff but I have never gotten around to use it, I maybe should do an Avenger just in order to try it

I would simply take large pieces of masking tape (Tamiya), and place these over turret, as well as fuselage. After that, with a new exacto blade, i would follow the tiny gap between turret and fuselage and cut the masking tape.