I would consider myself a beginner to intermediate aircraft builder. I have a question about masking when the fueslage and winged are different color.

I am building an avenger in late war USN 4-tone camo. The wing uppers should be semi gloss sea blue, and the fueslage intermediate blue. The wing root is huge on the plane so masking so wing over spray doesn’t get on the fueslage is a bit of a task 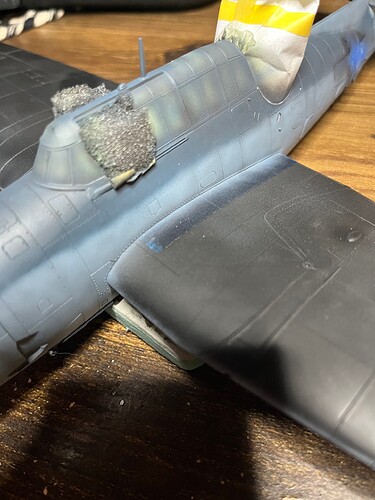 Usually I mask this by cutting a bunch of small tape pieces but this is cumbersome. Does anyone have a better method for this, or do people even bother masking the wing root?

May have answered my own question. This photo is from an avenger off USS bunker hill, the same ship of the bird I’m building. It doesn’t appear they were too concerned about overspray on the wing root or the tail markings. 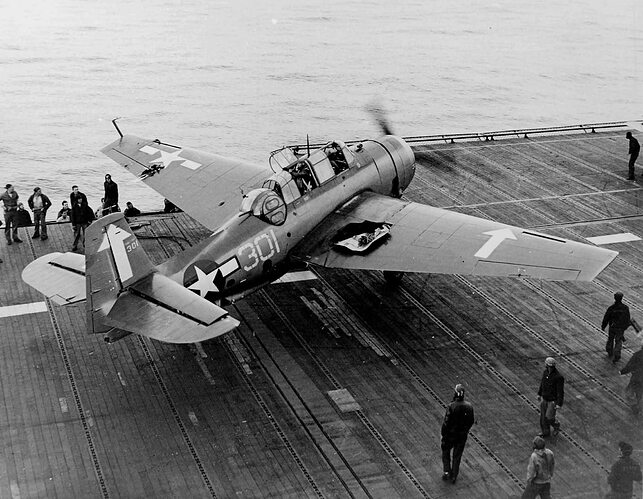 Question still holds for other aircraft

On that plane given how flat the wing is I would probably paint the wing color first and then mask along the root where the walk is and paint the fuselage.

But I’ve never actually done it so others may have better ideas.

Edit: and yes on real aircraft they didn’t care much about demarcations. Problem is on a scale model that usually looks like a mistake.

I considered that myself and have done it on other aircraft. It’s a good idea, but I generally like to work light to dark, as i find it easier to cover light overspray with dark then vice versa

Interested to see what others think. Short of painting the wings before assembly that looks like a tough one.

Painting the wings first might have been the smarter option. They fit really well and the glue contact point is pretty recessed so the risk of a glue mess was minimal

Based on the picture I posted above from the wounded bird on bunker hills deck, I might just be as careful as possible and not worry about a tiny bit of over spray

Usually I mask this by cutting a bunch of small tape pieces but this is cumbersome. Does anyone have a better method for this, or do people even bother masking the wing root?

Tamiya has curve tape or you can use a liquid mask.

The other option is before assembly use the fuselage to make a pattern for the wing joint curve then transfer that later to any masking material.

Heck you got a circuit, I would work out a way to transfer an image of the fuselage/wing or transfer of the wing root curve on paper into the software to cut a mask if at all possible.

I like the idea of painting ahead but a number of kits will have joint work that messes up and/or touch up work puts you back in the same problem.

I would spray the wings first, tamiya taping of those wings looks like a breeze, then airbrush the fuselage

Yeah I agree that is the easier way to progress I think I’ll paint the wings being as careful as possible, then mask the wings and touch up the fuselage

Make a paper template of the airfoil section at fuselage by rough cutting paper to approximate shape then hold in place against fuselage and onto the wing a bit . Then use your fingernail or toothpick etc to crease paper at joint of wing and fuselage. Cut the template along this crease . When satisfied with template fit trace shape onto masking tape on cutting mat and cut tape , then apply to fuselage in order to paint wing . HTH .
Also beware when interpreting photos of exhaust stains - these often travel along the region in question.

The exhaust stain part is a very good point!!

I have been trying the idea of making a paper template of the airfoil. I might keep at it. I’ve gotten it close. Might keep giving it a shot