This is partial text from the full article (usually with photos) at https://armorama.com/news/master-models-british-marine-new-molds
Phil_Hendry October 28, 2021, 2:55pm #2

This does not look right - the drill position is incorrect. The left hand should form a ‘fist’, with the thumb straight and pointing down the trouser seam. The hand is never open. This photo of Garrison Sergeant Major WO1 Andrew Stokes of the Coldstream Guards shows exactly the correct hand position. 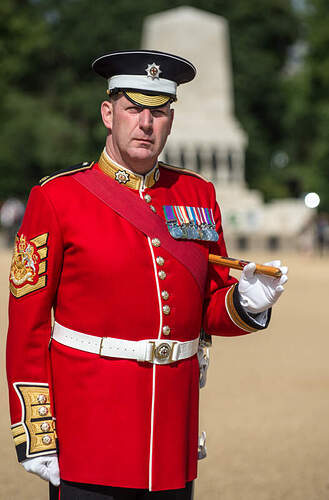 I am not quite sure about that Phil; I believe the hand is open to ensure the scabbard can be kept under control when marching. Or, shall I put it this way, the hand should perhaps be depicted as resting on the scabbard.

STOP PRESS! Wait a cotton-picking moment; with the sword resting on the shoulder he is stood at ease (as opposed to attention) so either the sword should be held forward and vertical (at attention) or, if at ease properly, the feet should be apart.

Seems the figure has not spent enough time on the parade field recently and needs a refresher.

I 'd have to agree! Now, whilst Royal Marines foot drill is a tad different from the Army’s (ie no slamming the feet in - it damages the decks doncherknow) I’m pretty sure the pose is wrong - as I described above. If I’m right, it wouldn’t take too much to amend I would have thought.

I would agree. It could simply be a case of the modeler/sculptor just not setting the sword correctly before the photos and the end modeler could make that fix easy enough.

I never graduated to sword playing as I would poke your eye out kid and there might be differences between US and Royal Marines sword manual. We have the balled left fist when marching but you can see him can see him u shape for grabbing the fake scabbard. 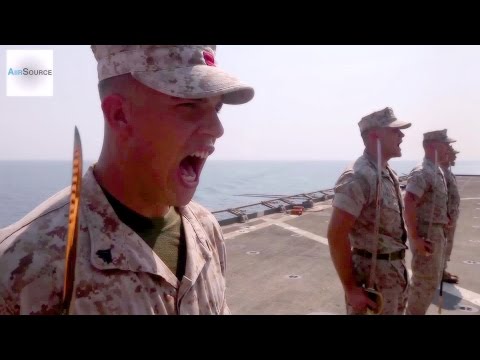 Before I go on, I am not sure if Booty sword drill is different from Household Cavalry/Army Sword drill.
The figures is posed in the slope swords order, not stood at ease. If he were at ease his feet would be apart and the sword point resting down on the floor and his right hand resting on his left hand.
The slope swords is really to rest your sword arm from the draw/carry swords position.
What ever pose he was going for the left and right hand positions are wrong.
The left hand has to much of a tilt from the wrist, to go from the carry to slop swords it’s a subtle movement of the wrist and fingers to tilt the sword back.
The right hand should have the forefinger running down the side of scabbard, the thumb should be running slightly down the front but also almost gripping it and the 3 other fingers gently fold around the rear of the scabbard.
Normal foot drill, rifle drill and sword drill and pace stick drill are 4 totally different things and each has their own little differences.

I just knew a half decent Donkey-Walloper would know(!)

Amazingly enough, we had one lesson on this in Junior Leaders; I can only imagine that the powers that be assumed that a certain percentage of Junior Leaders would commission - eventually. Amazing! Sadly, I just can’t remember enough of that particular lesson. Anyway, after that one lesson we were back around the bloody square for what seemed like ever; Dear God, but back in the day we were ferociously efficient in SMG drill, SLR drill, let alone Foot Drill, and we had to be able to give lessons in all of the aforementioned.

I’m still not sure of how much was relevant, but by God, by the time I reached adult service I was smart and shiny! No wonder they (the adults) saw us as a threat.

Dear friends, thank you very much for your comments. We really appreciate it. This is the prototype of the figure and in the final product, we will take into account all the correct comments from you. Thanks