While I’m not all that much of an armour guy, anyone who knows me knows that I do love my Matchbox tank kits. While the Purple Range kits are pretty fun, I do have a particular love of the Orange Range models. Those were the ones that were almost like playsets; you got multiple vehicles and some figures, as well as a bigger, usually cooler, diorama base.

Sadly, finding the Orange Range kits has proven somewhat tougher than I’d have thought. Thankfully, though, Revell Germany keeps the repops coming, and every now and then they’ll reissue one of them. It seems like, within a decade, most of them will get redeployed. Thanks to that, I’m now only missing one of these kits, although up until recently it was two.

That changed when I found the recent repop of the Char B1.bis and Renault FT-17 at a local store. They had one copy, and of course I was super-pumped to grab it! I couldn’t believe I happened to get a hold of it before someone else did. Of course, maybe I’m the only one that wanted it? Nah!

To see what the other guys missed, check out my Out of Box review on this classic at the link below:

When one thinks of the word “Blitzkrieg”, or the armoured juggernaut of Nazi Germany, most people usually think of tanks as we think of them now. Big, powerful, heavily armed and armoured machines …

Great memories in these kits Adam. This is one of the few armour kits I never had. If it was in my LHS I would have grabbed it too.

I am working on an original Matchbox issue of ‘Monty’s Caravan’ at the moment. I have been too lazy to do the last bits of the scratch built interior, but you are prompting me to get a move on…

They’re just so much fun… a bit of building, some fun painting, and a chance to do some weathering… they never feel like a chore, unlike some more modern, or larger, kits.

I have the Repop of the Monty’s Caravan; it’s an awesome kit, and that diorama base may be the most detailed thing Matchbox ever made!

I don’t intend to do anything to the interior of the Caravan, so I’m impressed by your initiative!

C’mon, you can buckle down and get 'er done! Put up some pics so we can all see!

…and that diorama base may be the most detailed thing Matchbox ever mad…Put up some pics so we can all see!

A bit frightened to now, as I have given the dio base a big workover…
However: 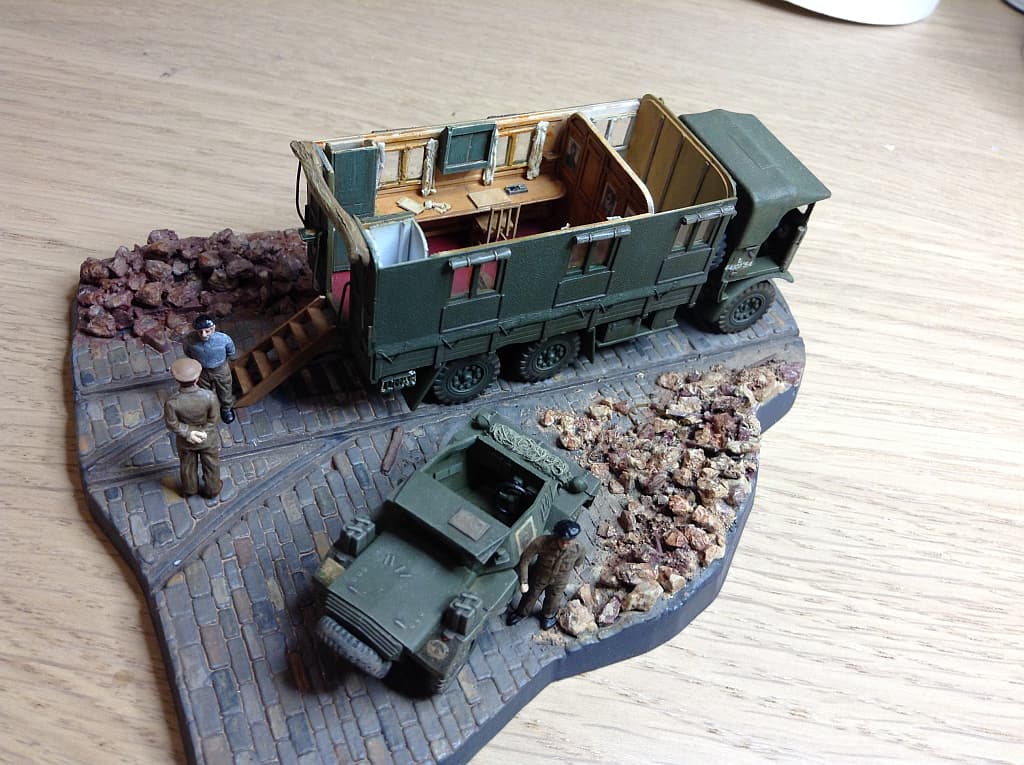 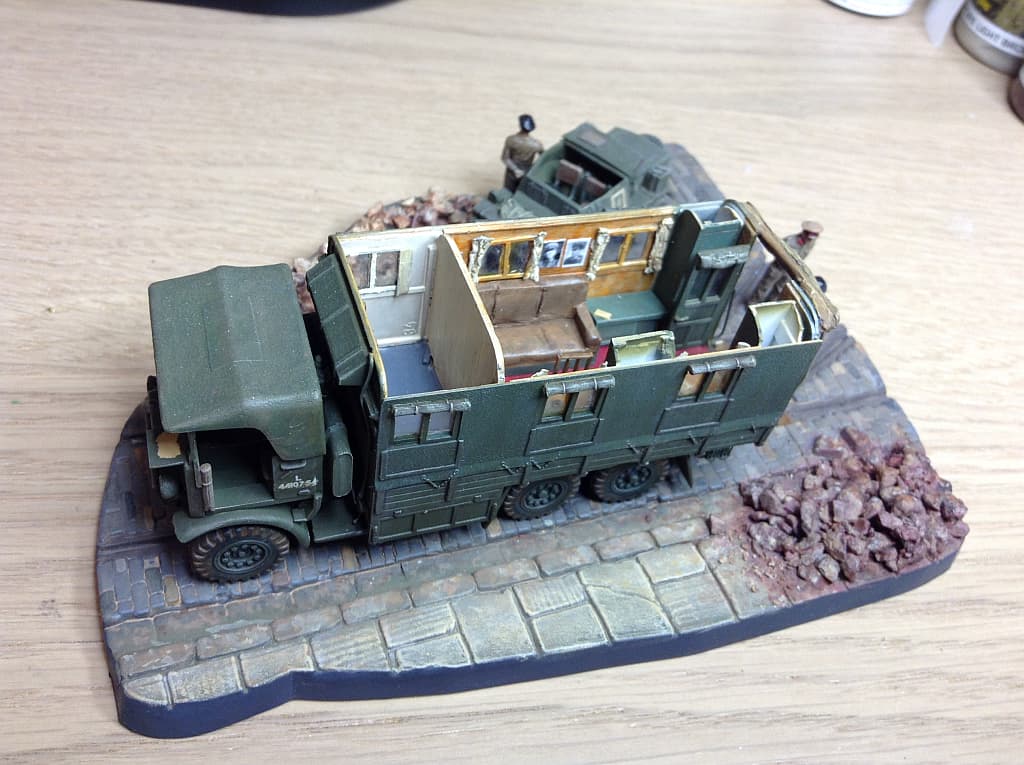 A bit of scratch building work: 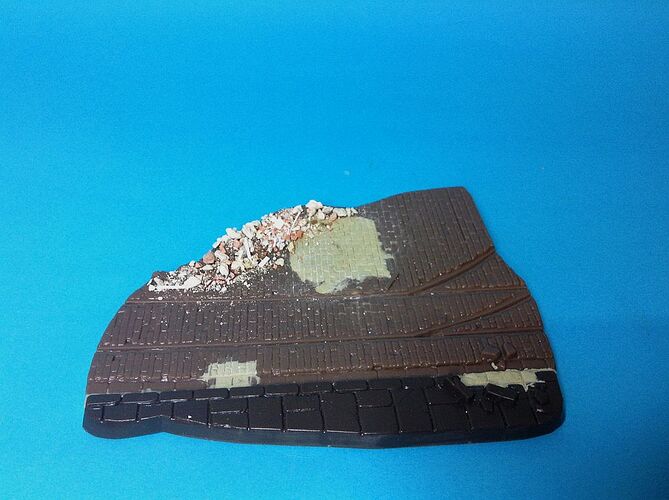 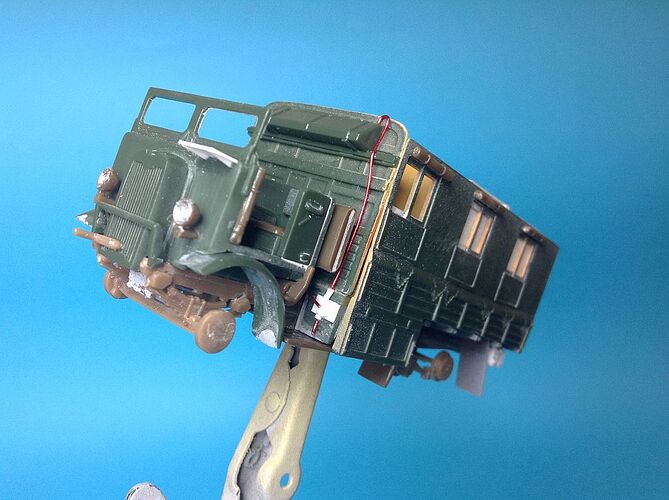 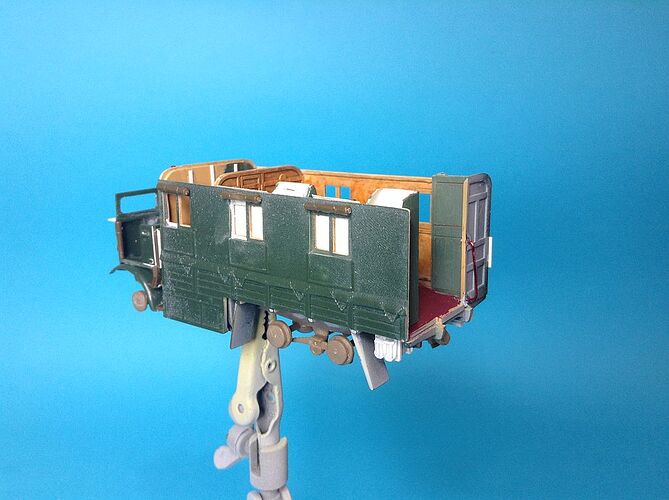 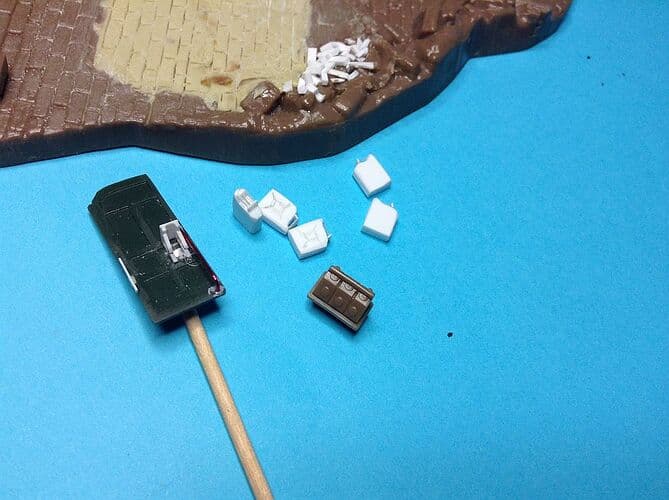 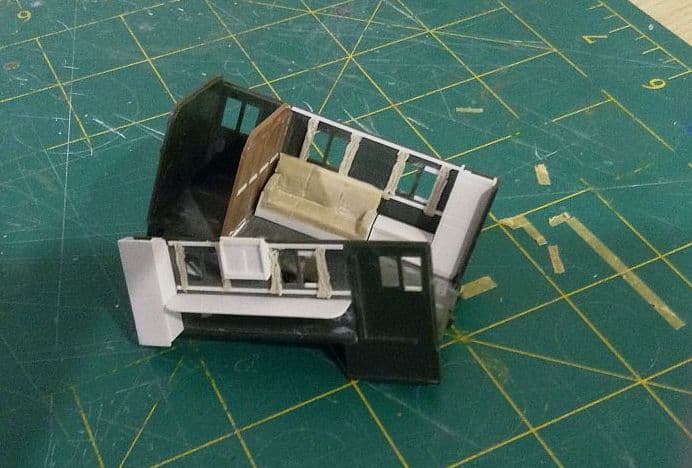 I don’t think you have to do anything with the base, it looks fantastic!

Awesome scratcbuild work in the Caravan, too!

I will tell you, mine is never going to look that good! Fantastic work!